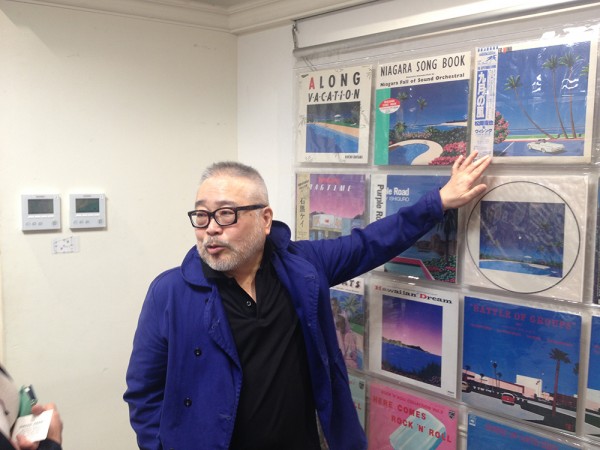 Thanks to the 80th birthday of Tokyo based shopping mall Tokyu, which marked this celebration with a Hiroshi Nagai exhibition, Thomas Venker had the pleasure to meet the creator of some of the most beautiful album covers of Japanese pop music. Hiroshi Nagai consistently worked for Eiichi Ohtaki, whose „A long vacation“ is his best known cover artwork. Recently he did cooperate with Junk Fujiyama. His style is obviously influenced by American Pop Art, but also hyperrealism and surrealism and often reminds the viewer on the works of David Hockney.
This interview would not have been possible without the translation help of Ruriko Wada and Tomoko Wada. A huge Arrigato Gozaimasu to them!

When did you realize for the first time that painting will be your art form of expression in life?
When I did grew up in the 1950s in the countryside in Tokushima Prefecture, I saw my father working on his oil paintings. This was not his profession money-wise, but a hobby he did practiced with real dedication; he painted beautiful scenery. Seeing him doing so, brought me to painting – but in a much more modern style than my father and the people who lived around there.
So I decided to go to Tokyo City to become an artist. But when I took the entrance examination for Art University, I didn’t pass. Instead I chose to take a sketching course with the new goal to become a fashion illustrator. A goal which I did not follow for long as I realised that it was not appropiate, I still longed to be part of the art community of Tokyo. At that time I was very much interested in the works of surrealist artists like Rene Magritte and Salvador Dali. So instead of fashion illustration I worked for TV production companies, painting their film sets, stages and backdrops. It was only a part-time job, and most of the time quite monotonous as I mainly had to produce black and white pictures – but it was a great starting point.

How important is american pop culture for the understanding of your work?
I visited the United States of America in 1973 and was immediately impressed with the state of pop art I saw over there. You could strip it down to this: Without American pop art I would not have to start painting the way I did. This experience made me paint my summer skies as deep blues from that point on. That said, surrealism was also a big influence, and of course hyperrealism. The American paintings of that time were crisp and dry in their approach to scenery. To give you an example: they painted a old broken car. Thats real to me. I try to harmonize all these influences in my work.

Is the summer in your most well-known pictures universal or is it especially your own Japanese one?
Not at all – the summers in my paintings are still and forever the ones in the United States of America and especially Hawaii.

Do you have to be in a summer environment to paint your pictures? Or does the summer always speak to you?
Well, I live and work mostly in Tokyo, so I could paint here. But of course it comes easier in a summer setting.

Which artists influenced you growing up as and artist, and in which way?
There was this advert for a swimming pool cleaner in the American magazine „House and Garden“ which really sticks in my head until this day. This ad lead to my swimming pool paintings – I still got a lot of requests to paint them as they were so catchy.
Talking about influences, a lot of people mention the name David Hackney and that he got a similar aesthetic as me. Well, I did not know him back in the day I have to say.

Sometimes the same ideas come up on different corners of the world.
Yes. And I have to admit, when you compare our paintings, you see indeed some shared ground.

You are most of all known for your cover artworks for musicians. How did you come in contact with them in the first place?
It all started of with a request of Mr. Eiichi Ohtaki to collaborate with him a picture book – he got interested in me as I did a book of summer pictures with some friends at that time. First I was too busy to get it started with him, but in the end it did work out and we did the now historic book „A long vacation“ – it was actually the paintings of mine which lead to the songs. Mr. Ohtaki did write them under the influence of my paintings. Personally, I wasn’t previously aware of him and his music, and I only fully realised the impact of the project, when the book and album were published. From then on my life was different. My pictures of summer images became very famous – and suddenly everybody from the industry wanted exactly that kind of style of paintings from me. I got a lot of requests and I did a lot of covers.

What’s your working process: a close interaction during the composition, or do you just present them a final work?
They want my typical style and that’s what they get.

The works we talked about are mostly from the 1980s. Are you right now also involved a lot with musicians?
These days 80s music is once again popular in Japan, so I do get more and more requests from independent record labels who demand my cover work for their young artists. It is nice to see that I am not forgotten, that my old paintings are still in the minds of the young people and that they wanna collaborate with me.

What are your favorite three Japanese records?
It may sound rude, but I am not that much interested in Japanese music. My heart is dedicated to soul music, especially from Florida and the Bahamas, Nassau. I love ones like Marvin Gaye, Bobby Womack. 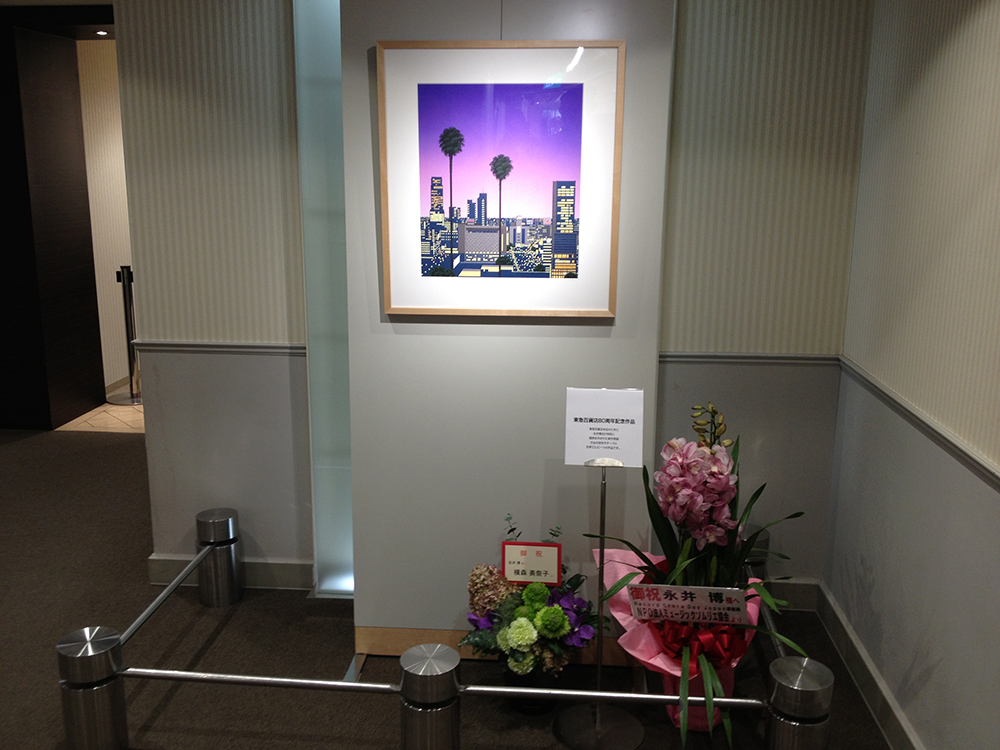 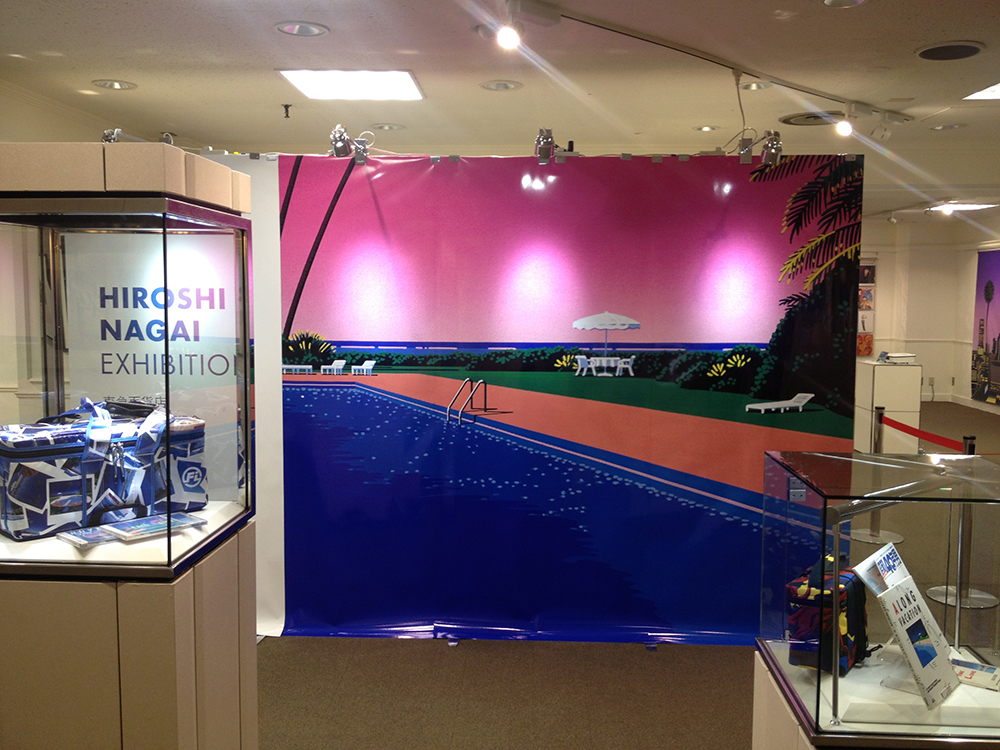 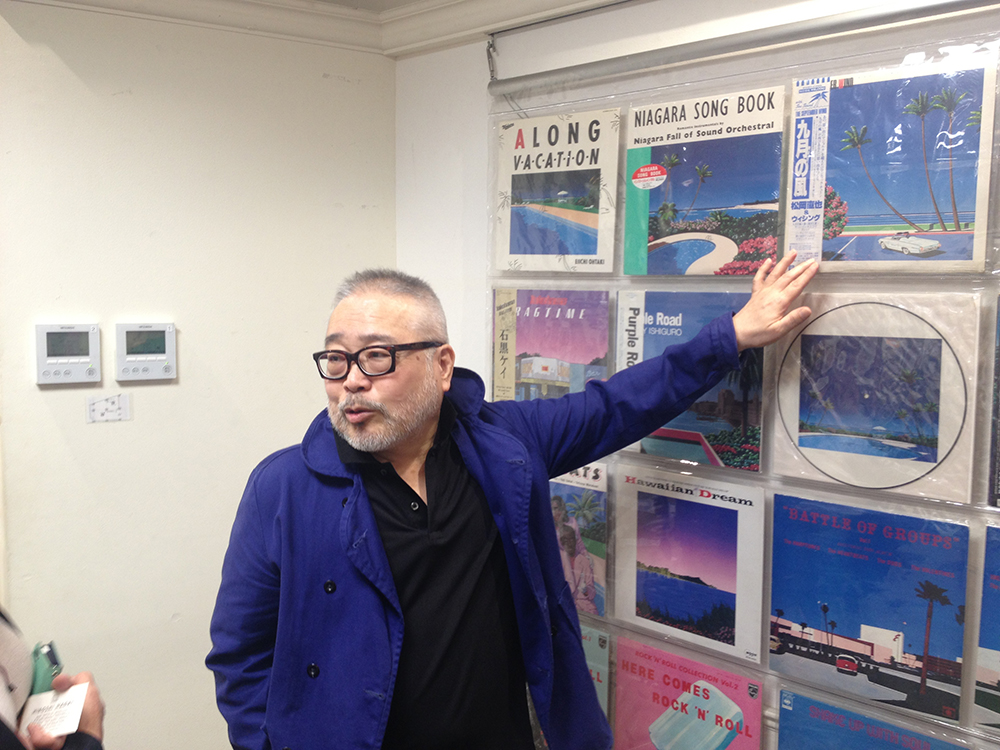 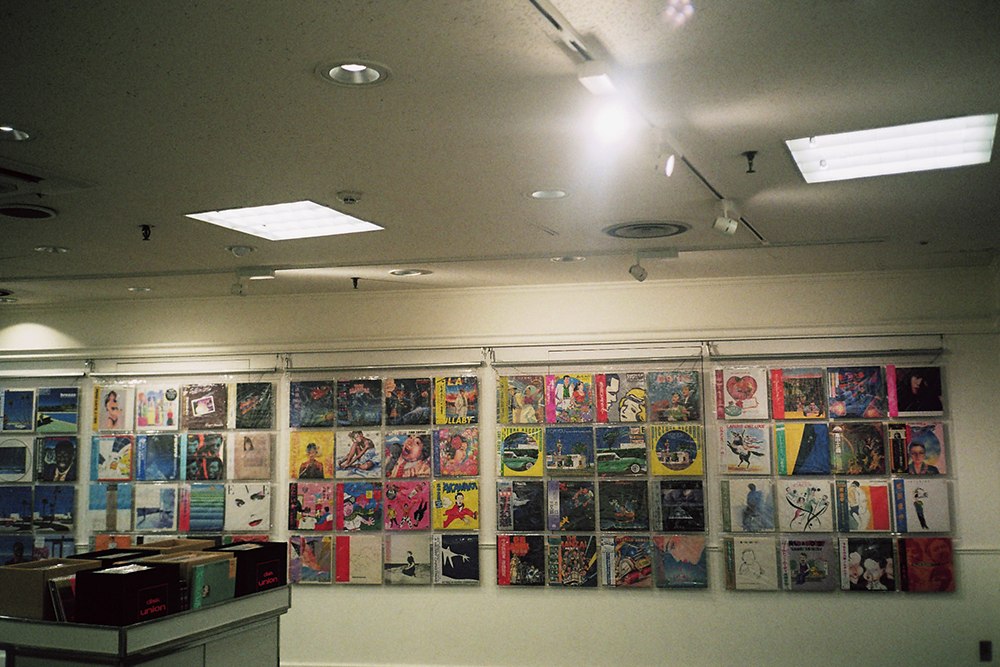 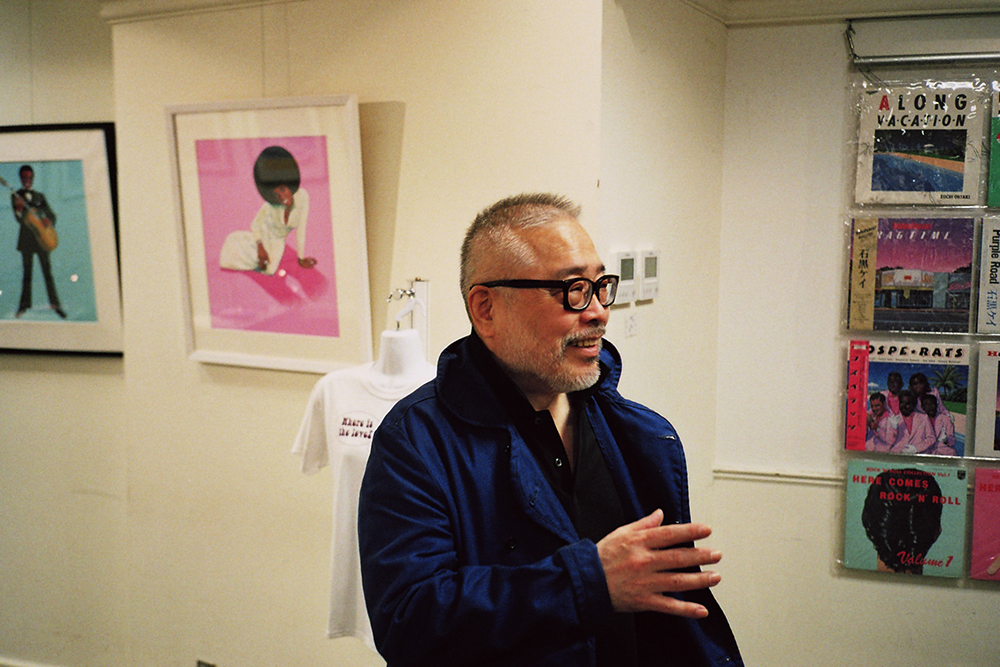 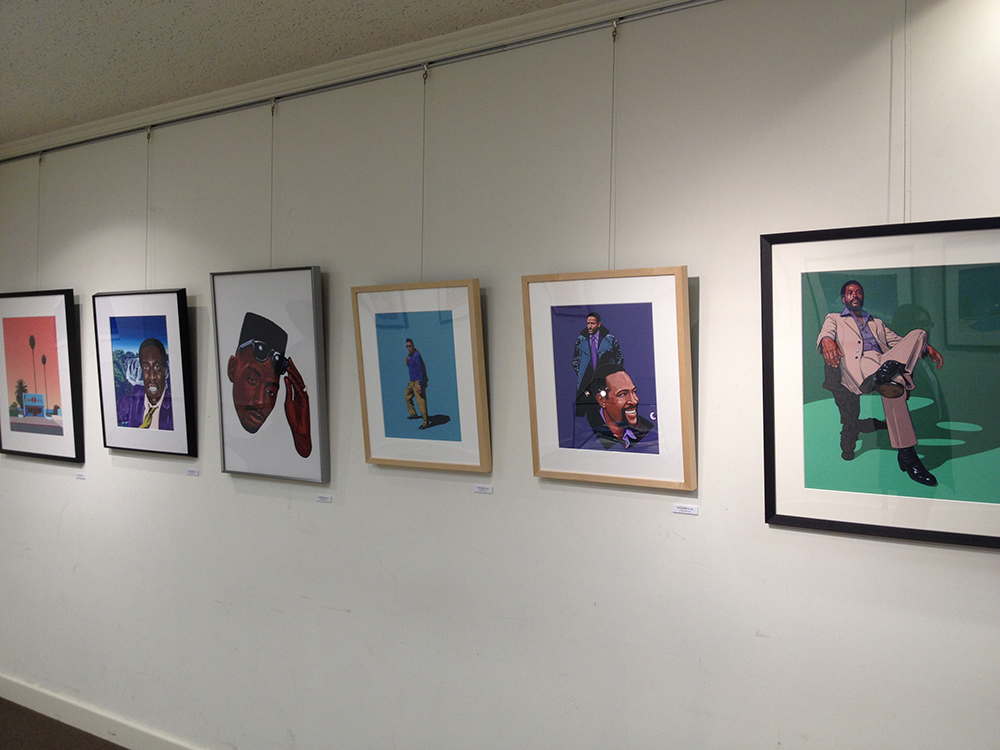 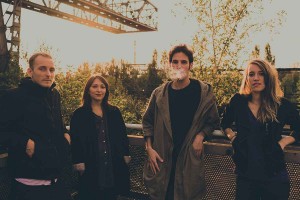 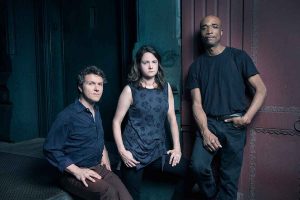 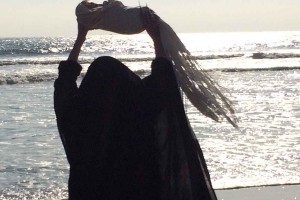 Tessa Hughes Freeland is a british born experimental filmmaker who moved to NYC in the late 70ies. S…