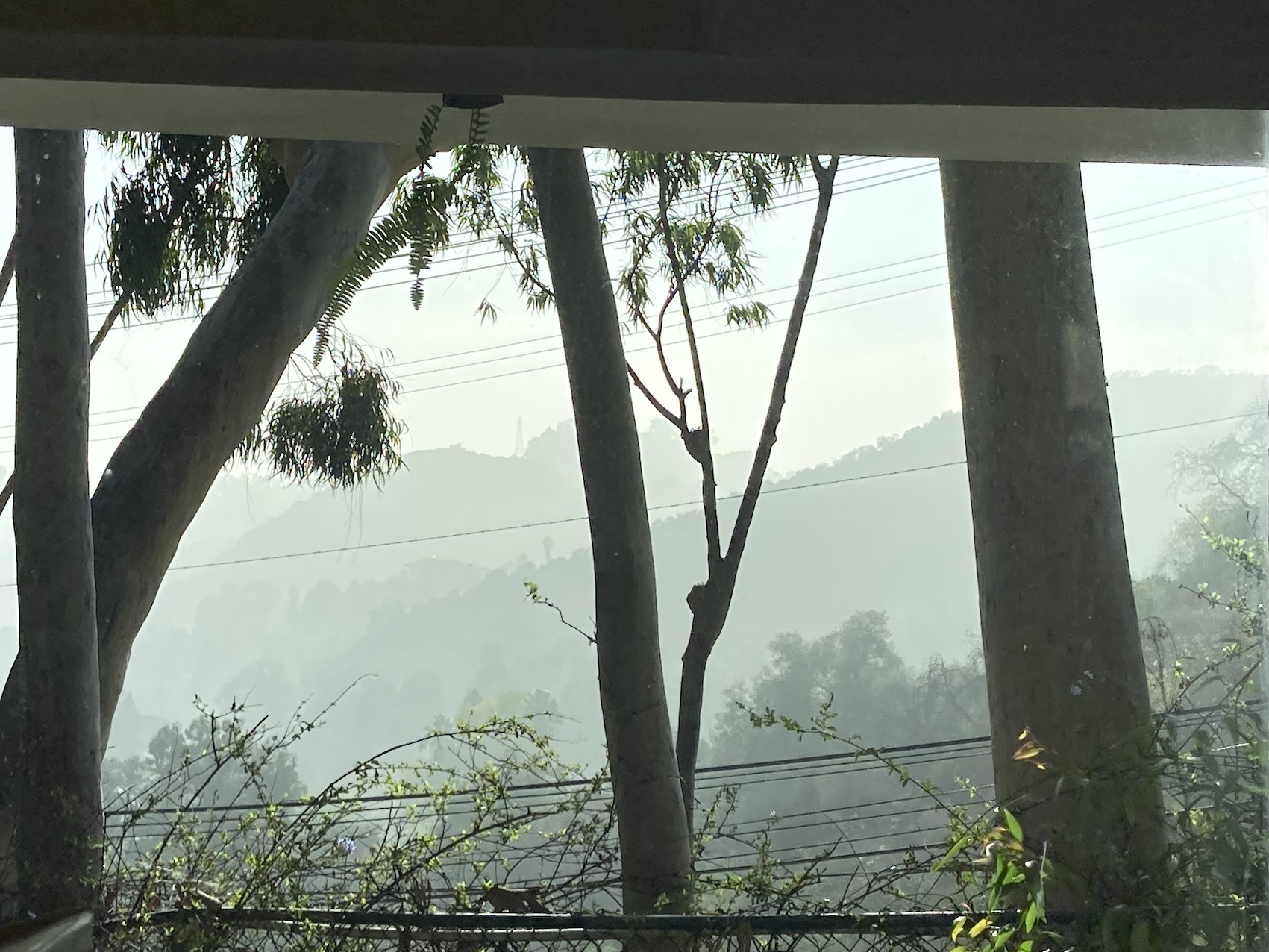 “Resynthesizers,” Florian Hecker’s first solo exhibition in Los Angeles, is on view through March 13 at R.M. Schindler’s Fitzpatrick-Leland House, which virtually hovers over Los Angeles at the intersection of Laurel Canyon Boulevard and Mulholland Drive. A place that already creates a unique aura in itself, wrapping you in a kind of vacuum despite the traffic whizzing by so close by. 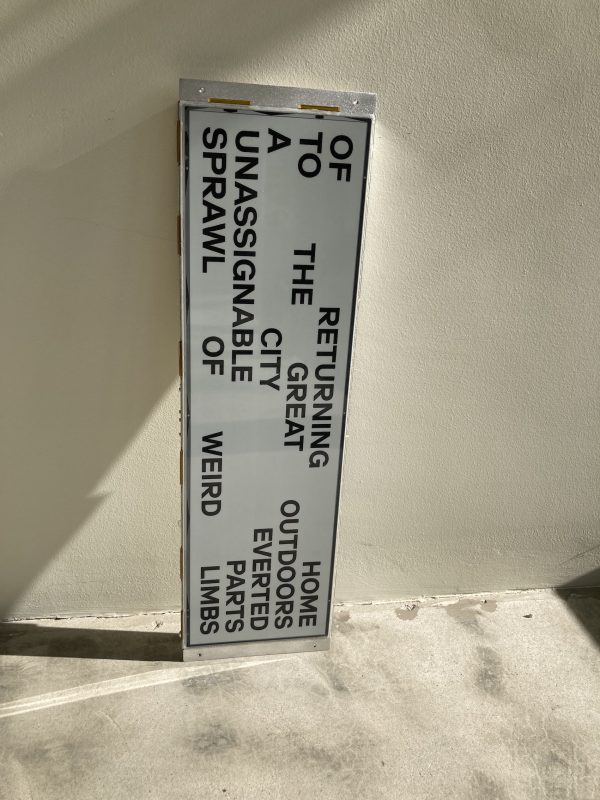 Ideal conditions for “Resynthesizers”, with which Hecker transports an additive narrative of sounds, scents and texts, created in collaboration with Alberto de Campo, Axel Roebel, Marc vom Ende, Philip Kraft and Robin Mackay. Although the relationships are actually clear and Hecker is primarily a musician, the exhibition conveys an eye-level of impressions.

Florian Hecker questions with “Resynthesizers” – and beyond that in his works, many Kaput readers surely know him through his publications on PAN and Edition Mego – our processes of perception.
It would be interesting to know how he himself, as a visitor, perceives the exhibition. Does he have the feeling that the majority will leave with a similar reading as he did, or does he think that there are drastic differences that go so far that individual components (perhaps like in a dub mix) play almost no role individually? So that some visitors primarily receive the sounds, others the scents or the texts – or even the house and the surroundings?

Enough speculation, back to the House on the Hill. For “Resynthesizers,” Hecker has distributed sound systems, scent dispensers, and e-ink displays (on which texts are played back) on three levels. An arrangement that seems so coherent that one could not imagine any element in a different positioning. Even from the outside, i.e. when one leaves the house and creeps around it, thus blocking out sensory impressions, the setting radiates a Zen-like harmony. 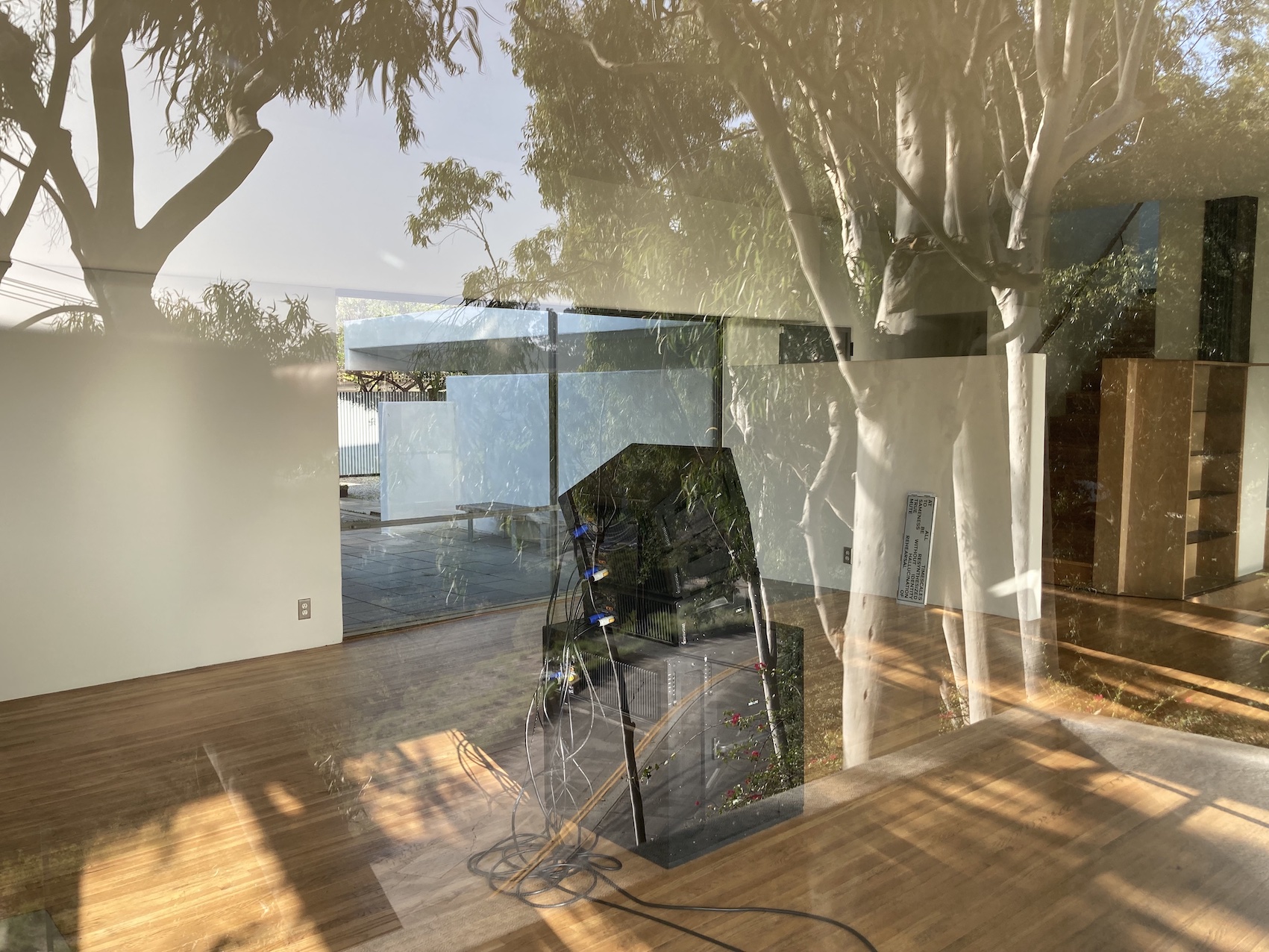 Parallel to the sensation on site, the visitors receive a set-up consisting of a text supplement as well as samples of the three fragrances that can be experienced in the exhibition. Interestingly, it was only thanks to these that I personally really got to grasp the three scents. Specifically, they are “Vanillin” (which was generated by German scientists in the 19th century and is considered the first perfume ever), “Calone” (a kind of fresh sea scent), and “Flowerpool” (an antiseptic fragrance that has just been created).
The text by Marc von Ende and Philip Kraft in the text supplement to the exhibition speaks of the fact that sounds and scents provide us humans with orientation in spaces. This suggests – to take up the question that was just thrown into the room again – that Florian Hecker assumes that there are at least similar patterns of perception.
Von Ende and Kraft also quote a fascinating passage by Andy Warhol, where he reflects on his olfactory perception of New York. Fascinating in that one immediately asks oneself the same question:
What is my New York scent?
What is my Los Angeles fragrance?

My response probably testifies to my own foodie tendencies or my current hunger, anyway, I smell pizza and taste burrito and mezcal in my mouth.

But maybe that’s not as interesting as the question of what sound one associates with a city? In New York, there’s no way around it and no will to repress it, this special traffic soundscape that you can only feel drone in on you in Manhattan. In Los Angeles, I can’t and won’t shake off the past months: the whirring of city and coast from the hills in the Pacific Palisades.

The text passages in the exhibition refer – at least as the exhibition title “Resynthesizer” suggests – to a Gimp plug-in for text synthesis, i.e. a tool for generating new texts on the basis of texts, comparable to AI-based sound development software solutions. The texts that can be read on the e-ink displays are part of a libretto by the British philosopher Robin Mackay that reflects the interplay between scent chemistry, architecture and sound production.

We must be grateful to the two curators of the exhibition, Ellie Lee and Matt Connolly of Equitable Vitrines, for not shying away from the great organizational effort behind this exhibition. We owe you, as well as of course Florian Hecker and his collaboration partner:inside, an impressive exhibition.
Thomas Venker 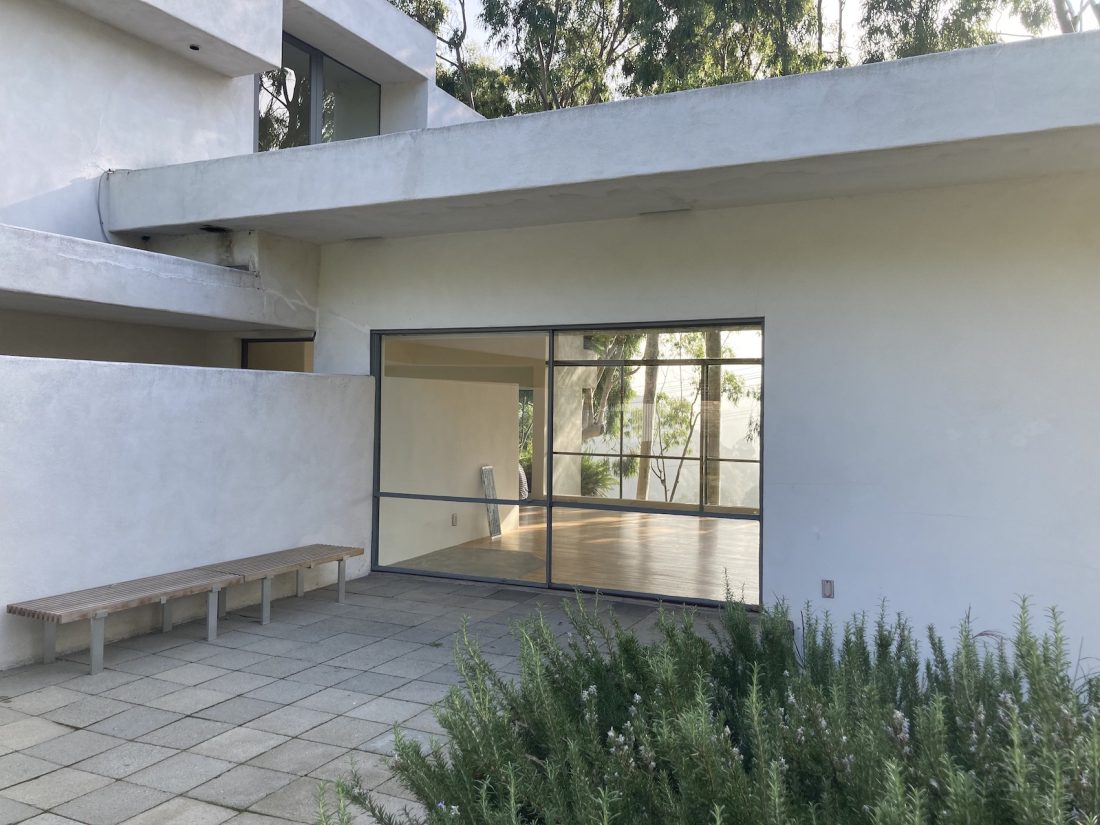 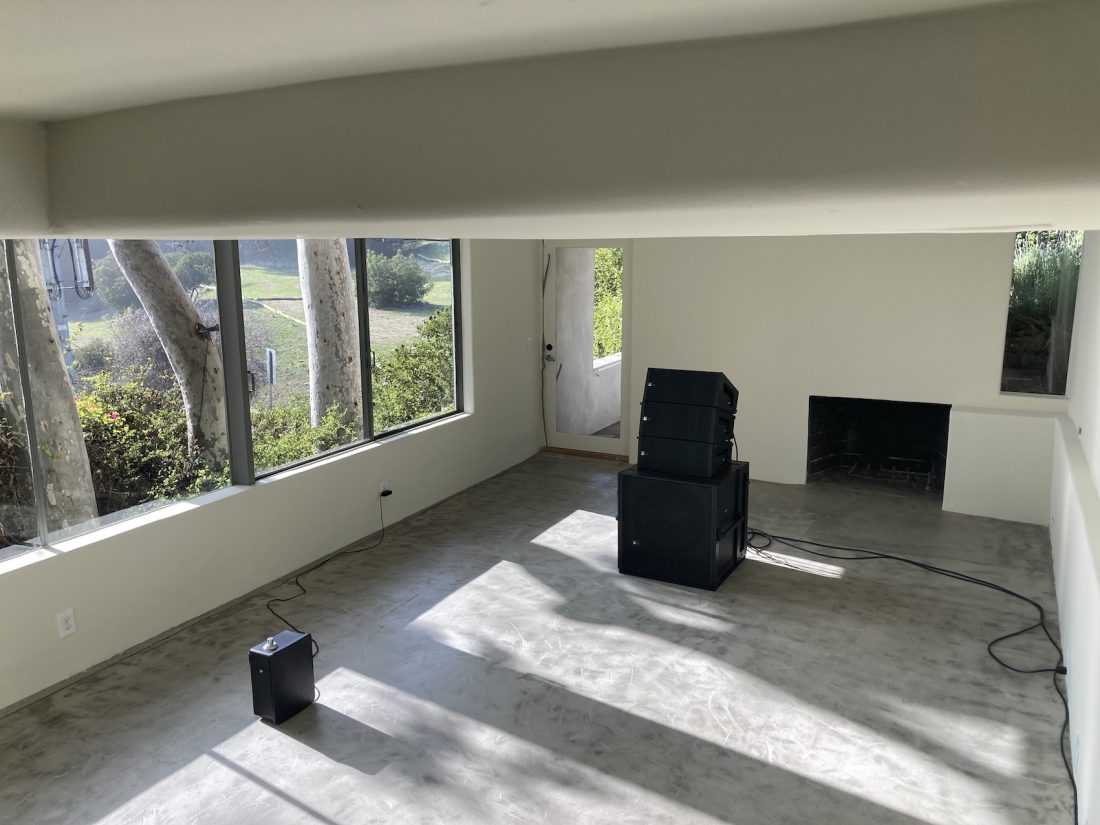 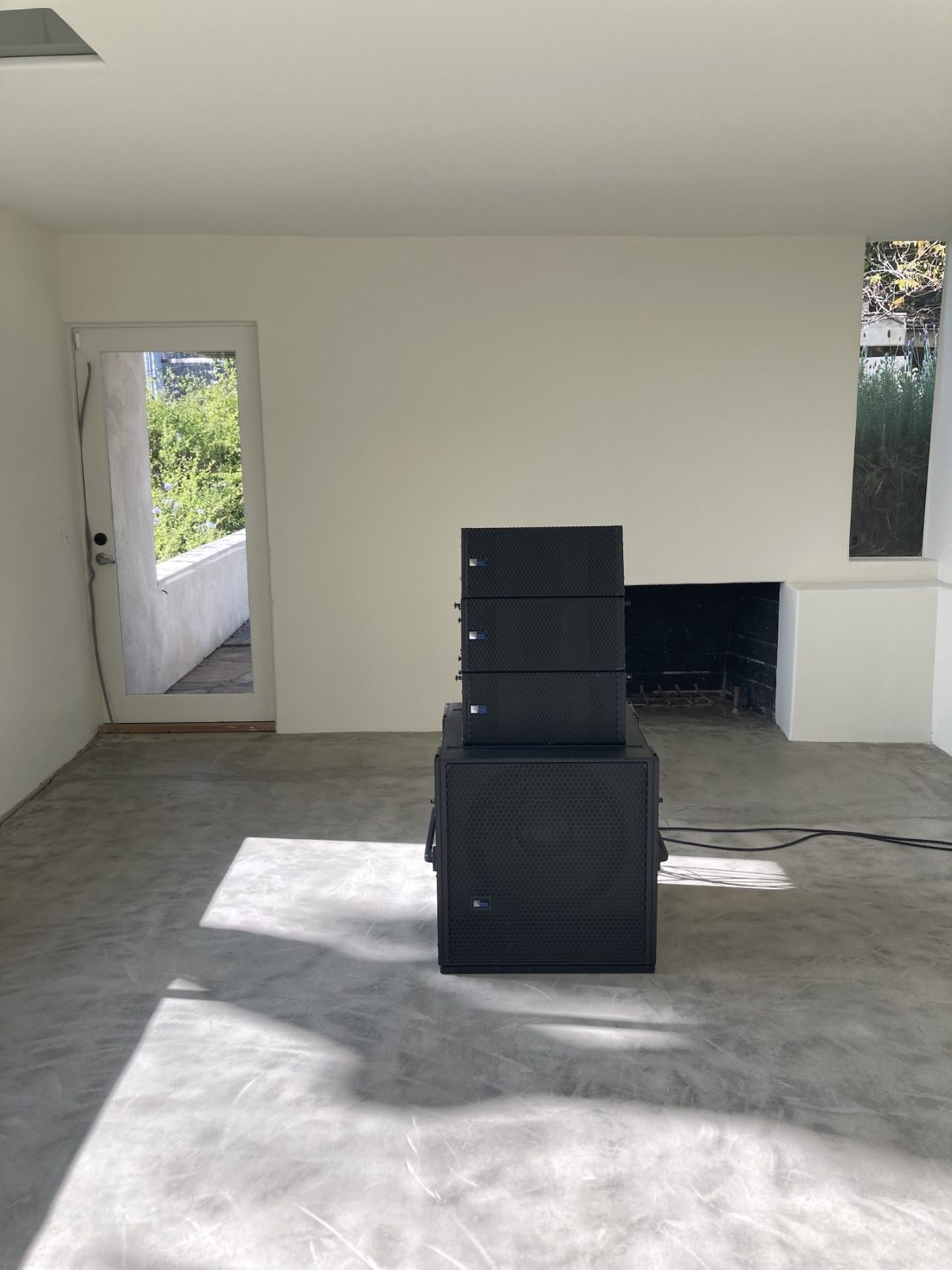 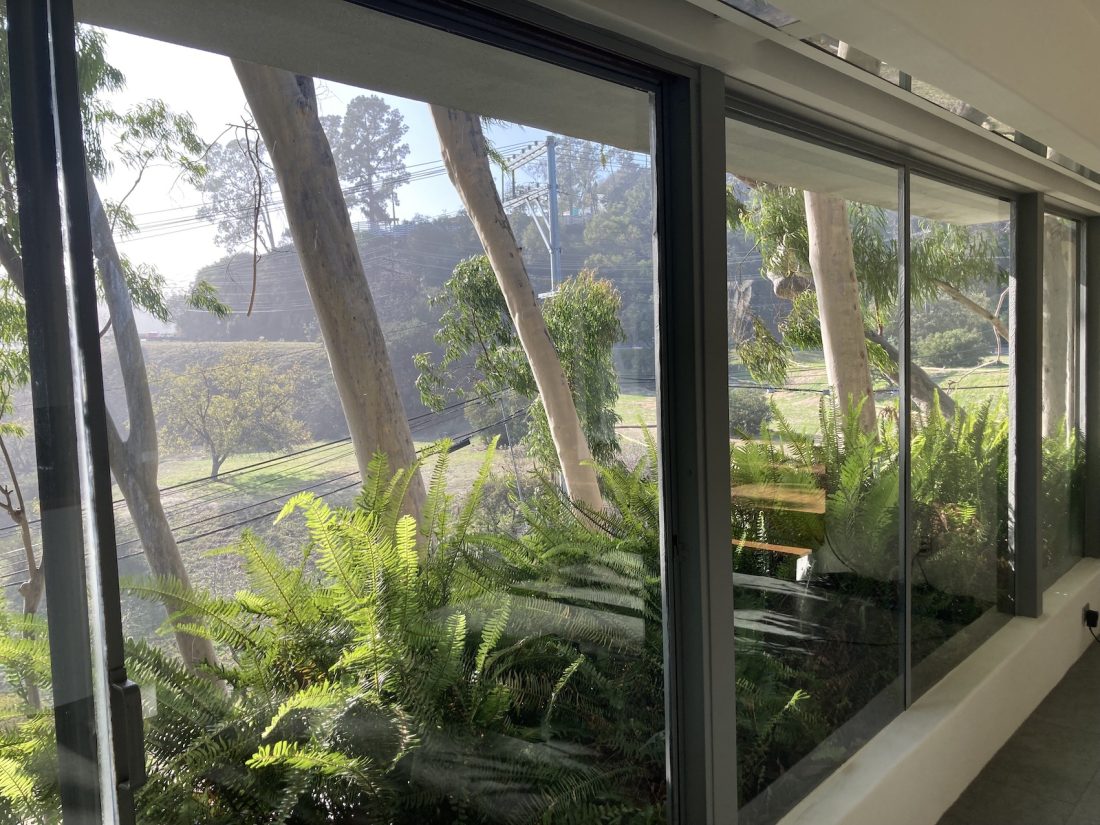 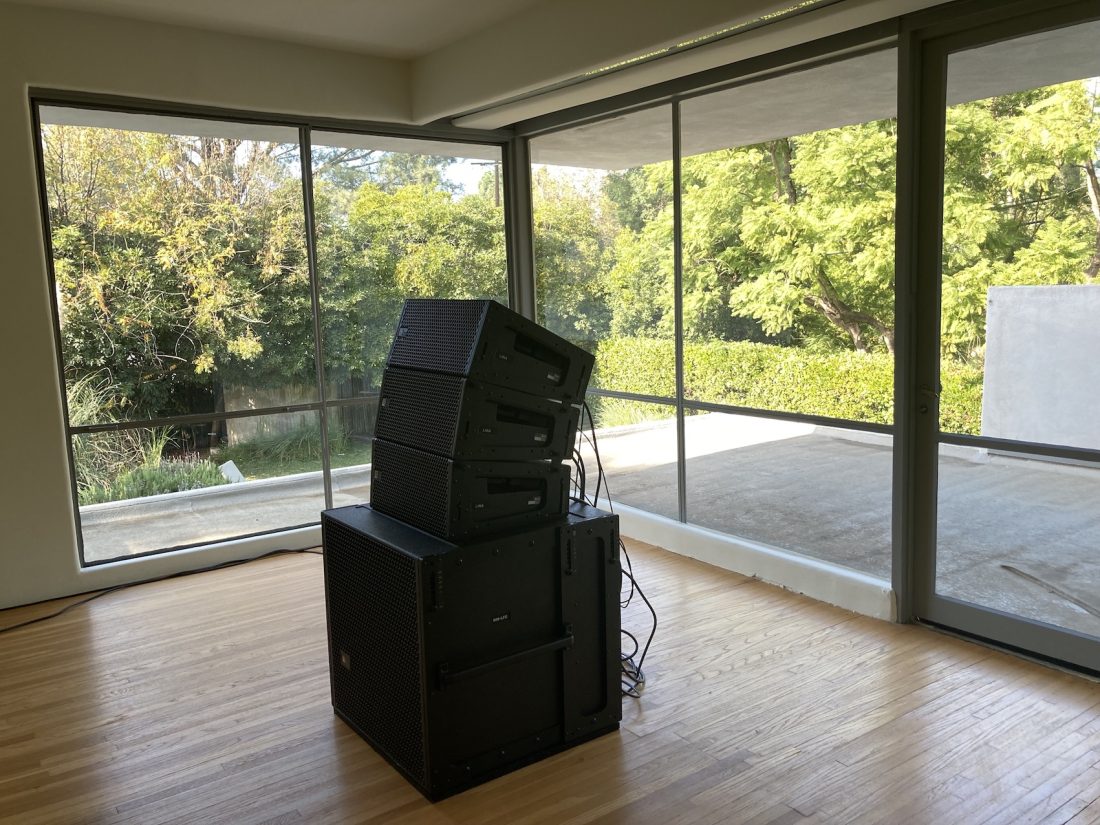 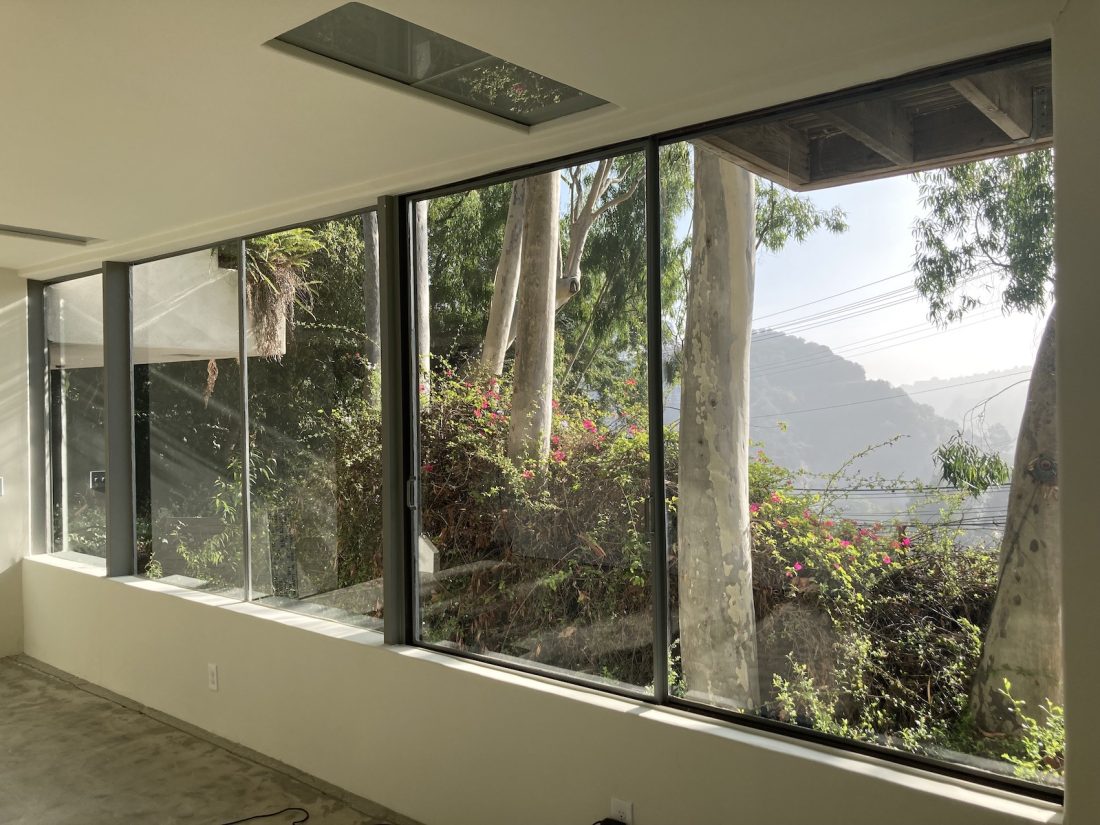 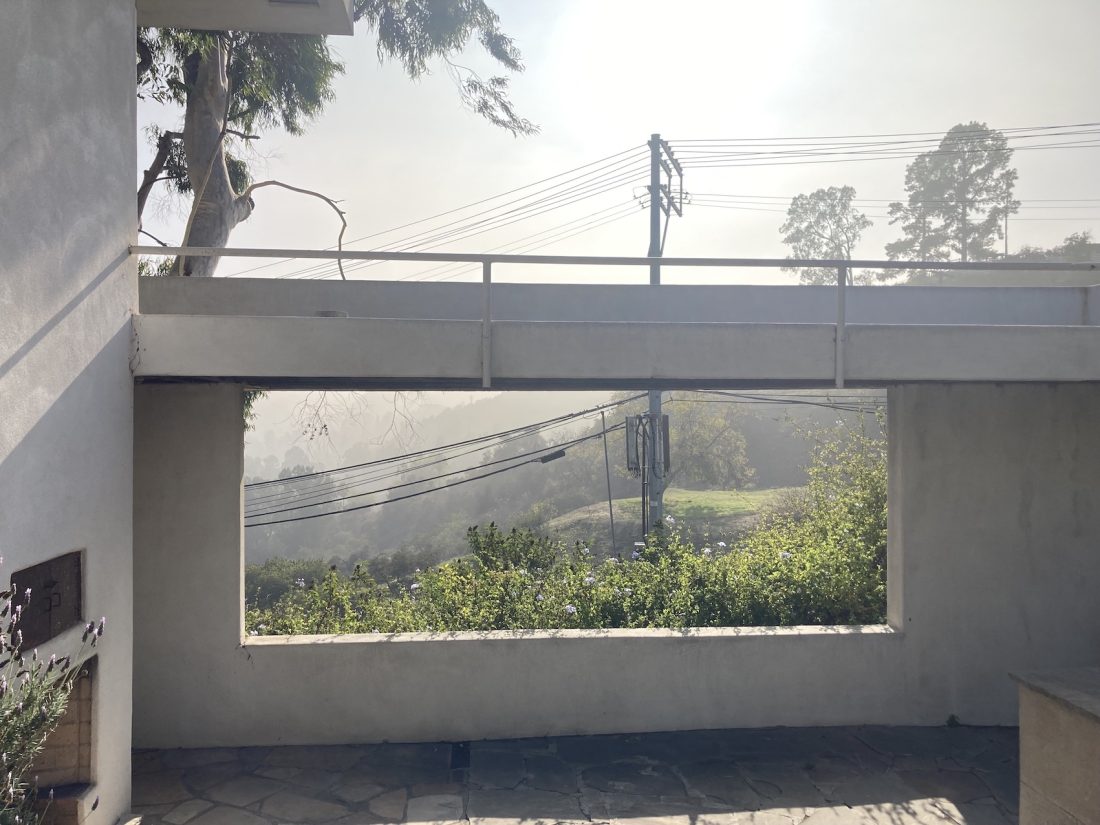