Moddi, Marcel Khalife and the sad story of suppressed songs

“Oh my father I am Joseph”

5. September 2016, Thomas Venker "Oh my father I am Joseph"Marcel KhalifeModdiUnsongs

The young Norwegian songwriter Pål Moddi Knutsen (aka Moddi) comes up with quite an ambitious concept for his new album “Unsongs”. All the twelve songs on the album look back on a history of suppression as they were censored and prohibited for a long time. Pål does not only perform them so, he is also trying hard to tell the world the story behind each of them.

Pål, what led you to create this album?
It is quite a long story which started already in 1982, when the famous Norwegian singer Birgitte Grimstad was prohibited to perform an anti-war song on tour in Israel. The song was very controversial back then, and it remained unsung for more than thirty years! After I discovered the song a few years ago, I decided I would look for similar stories, to see if there might be other songs like it out there.

How did you approach the song selection?
Good question! There are thousands of songs that have been censored through history, and I wanted to choose twelve songs that could represent all the different ways that music can be suppressed. There is everything from people who have been killed because of their music, to songs that simply have been denied airplay on certain radio stations. By making «Unsongs» I wanted to show that free speech is challenged in all parts of the world, and often in ways that we don’t even think about.

What’s special about the Marcel Khalife song?
“Oh my father I am Joseph” is perhaps my favourite song from the album because it tells a story that is relatable to both Christians, Muslims and Jews alike: the story about the prophet Joseph from the Old Testament. The singer, Marcel Khalife, was accused of blasphemy when he sang it, because the song quotes two lines from the Quran. Apparently, the muslim clerics of Lebanon were scared because he was able to convey the holy scripture in a more beautiful way than they could.

In the following video Marcel Khalife talks about why his song “Oh my father I am Joseph” got suppressed. 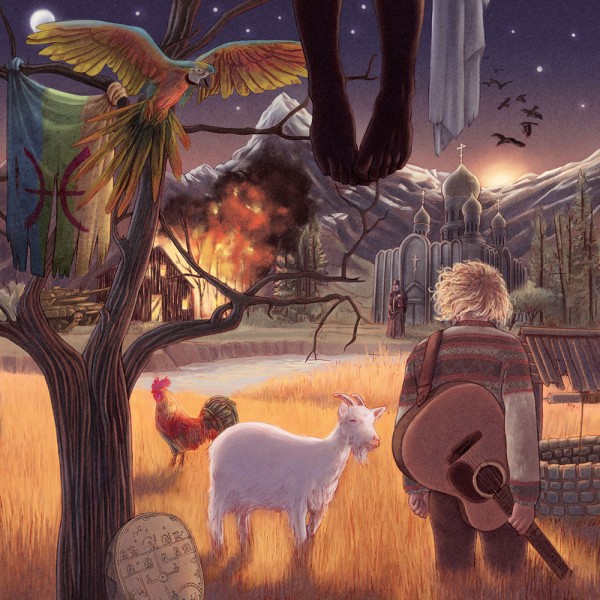 “Unsongs” by Moddi is about to be published on 16th of September on Propeller Recordings / H’art.