Record of the Week Special: 12-Inches

Club and beyond w/ Elkka, Kode9, and Throne of Blood

With a long intro you (almost) never go wrong with dance music productions. Especially since the London producer Elkka uses the strategic “fidget” as a stylistic device again and again in the course and brakes the vocals in their roll out. But let’s not get it wrong: “I Just Want To Love You” is of course not an experimental track, but a love anthem in the best Luomo tradition (meaning the house project of Vladislav Delay and not the Italian Vogue), based on a sample of the John Martyn track “Small Hours”, a song that means a lot to Elkka.

Similarly nostalgic, not to use the unword “retro”, is the remix produced by Logic1000 of ” All In A Dream (feat. DJ Tennis & Joseph Ashworth)” for the American multi-talented LP Giobbi. If a glance at the calendar didn’t clearly signal the year 2022, it could well be 1995 and the record would be released on Strictly Rhythm, the New York disco house mothership. Music that gently envelops you and otherwise wants nothing from you.

“Everyone’ sPeakin”, the new single by Israeli producer Moscoman, who is producing his contemporary pop music between Berlin, Miami and London these days, also negates the new millennium and sounds like it’s from the mid-80s. Together with Blood Wizard, Chen Moscovici must have spent a few hours with Depeche Mode’s back catalog – though funnily enough, he himself doesn’t consider the result retro, but the opposite, an attempt to capture the situation of his own generation.

Somehow this month we’re stuck with sugary tracks – or let’s put it this way: everyone suddenly wants to write catchy hits. Because even Boy Harsher, who usually like to present themselves scratchy, dark and also aggressive, remind with “Burn It Down”, which they wrote for the horror movie “Halloween Ends”, more of the dark disco dance sound of the Italians Do It Better label than of giallo shocker sounds. Fair enough, they just want to cuddle sometimes.

The New York label Throne of Blood just wants to celebrate. After all, it is 16 years of independent record production to report. The catalog ranges from the early singles with The Rapture to current big names like Daniel Avery and Bicep. And also the names on the two “”Anniversary” EPs can be seen and above all heard: Chloé, Max Pask & Joakim, Justin Cudmore and Liona share the first maxi, Hardway Bros, Hapa, Curses and Split Secs the second.

I don’t think there will be any more energetic sounds this month. In view of the war situations and energy and environmental crises that are pushing themselves ever more violently into consciousness, everyone is probably longing for security and warmth. Understandable. On her single “Brown Eyes,” for which she collaborated with ZekeUltra, Jaydonclover, who hails from Birmingham, England, appropriately sings about her fears of not being caught when she loses her footing. With her longplayer, which seems more like a mix tape recorded for friends, Jaydonclover gives us the most beautiful R’n’B production in a long time, the beats wonderfully stripped down to the essentials, the voice close and yet so distant and generally an aura that you can not escape. If melancholy sounds like this, then autumn may come.

It’s not yet the end of the day for 12-inches with demanding sound scenarios, thanks to Kode9. “Astro-Darien” is a 26-minute soundscape by the Hyperdub label operator and producer, which has taken on nothing less than the fictional sonic collapse of the Great Empire of Great Britain – well, that doesn’t seem so far removed from reality at the moment, given a tottering monarchy and a post-EU economy that is hardly worth talking about anymore. Why such a highly politically charged work comes for more than 50 € on the market, it probably only know the spirits of Brexit, the a dark green record with the admittedly high-quality triple gatefold cover is not enough in any case (apart from vinyl speculation in view of the limited edition of 500 copies) as an argument – we recommend online streaming or download purchase. Because here it really is true: the content is more important than the packaging. 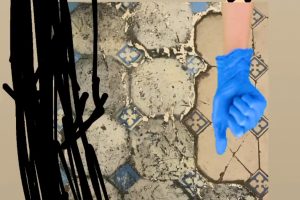 New Music for a kaput world

... posting every day a track/song on kaput that stimulates my curiosity ... for now: enjoy the firs… 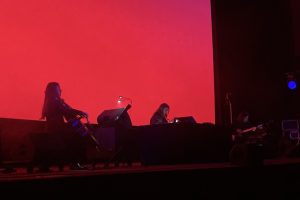 ...just as one is currently renegotiating and repositioning for oneself many other things from one's… 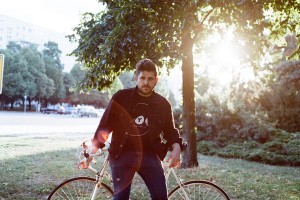 New music for a kaput world

We all know the storyline: the days are way too short for all of our ambitions. One of mine: posting…