Philipp Hülsenbeck uses the hiatus of his band Sizarr for a phase of experimenting. That’s why he moved to Leipzig, where he is sharing a studio with Joe Haege and Fritz Brückner from White Wine and working on a solo album under the imprint Doomhound. You will be able to get a first impression of it in April, when he will be on tour with Get Well Soon.
But before that we are presenting you the premier of the first Doomhound song.

Philipp, before we will talk about your new solo project Doomhound: what’s up with the hiatus of Sizarr?
Philipp Hülsenbeck: We have been making music together since we went to school, which means we kinda were together constantly, and so busy, that we never had really time to expand our horizons in other directions. Now all three of us just want to concentrate on other things.

What I do like the most about “Yum Yum Watercourse“ is that no one ever would imagine, that this kind of music would be from Germany. The song sounds very exotic. Is that a pleasant side effect of the music you like and the way you work or a conscious decision?
It certainly wasn’t a conscious decision. I do listen to any kind of music, including a lot of instrumental music, that may have been more informed by a certain culture then what I am doing. A couple of years ago it might surely have been an important approach for me not to sound German, but nowadays I don’t take that as serious anymore. A lot of great music has been made in Germany and I’m meeting more and more people, who approach music similarly to me, although they are sounding completely different. 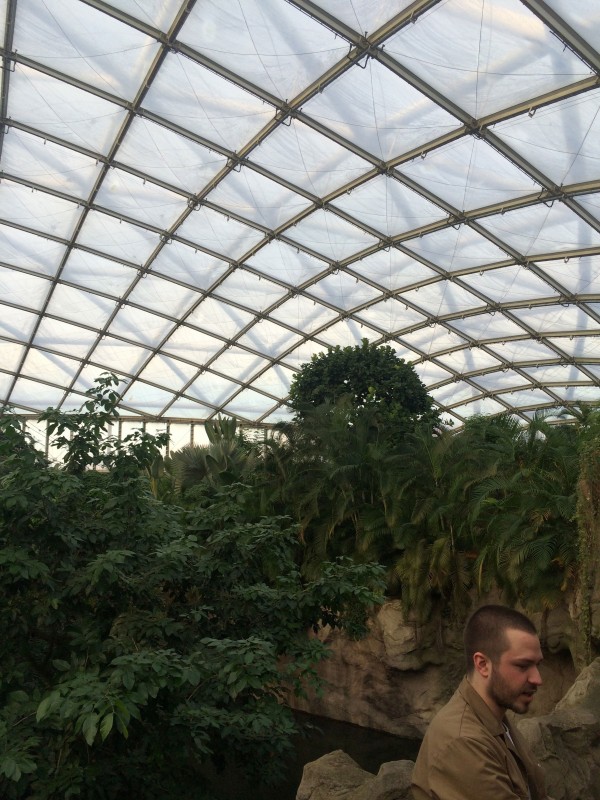 For “Yum Yum Watercourse” you did work together with Papi Fimbres, the musician from Portland, who is part of the twelve member cumbia band Orquestra Pacifico Tropical. How does one have to imagine this cooperation: Did you have a concrete idea for his part or have you been open to his suggestions?
Before Papi came to Leipzig I knew about him, that he has Mexican roots, that he’s an amazing drummer and that he plays percussions in a cumbia band. That’s all stuff, that I can’t claim about myself, but that I would love to hear in my music. We spent one day together at our Haunted Haus Studio in Leipzig, set up his drum set and he just started jamming. He just started recording to “Yum Yum Watercourse“, without having heard the song beforehand, and I just cut samples out of one take.

Are there more songs from that session? Will there be an EP soon – or are you even planning on a solo album?
Papi did record drums and percussion for a couple of songs. At the moment I am collecting ideas, everything that comes to my mind, and I hope, that in that way I will get to the point where everything falls into place and makes sense. Releasing an EP never seemed quite plausible to me. I prefer listening to a whole album, and I like if it does tell a musical story in some way. When I startet to write more songs on my own I did definitely intend to make a record. I am however far from tell you when to expect that.

Are you planning to make live appearances as Doomhound in the near future?
Yes, and I’m really excited about that. There isn’t a routine yet with Doomhound, therefore every night will be exciting again. I will be playing together with Fritz Brückner, live. He did already work with us on the last Sizarr record. We do have a studio together in Leipzig. In April we will play as support of Get Well Soon on their European tour, and in May together with Fritz’s own band White Wine. This means being on tour for about five weeks before I can return to work on further songs.

What do you like listening to at the moment? What are your three current favorite songs?