Andre Allen is an actor at the turning point of his career. Similarly discontent with everything he has done, as with what everyone demands from him – and discontent with his fiancée, who sold their wedding as a reality television series to the highest bidder, including all of the preparations. All of this doesn’t exactly help him with feeling loved for the right reasons nor does it agree with his drinking problem.

The story starts off when Allen is in the throes of promoting his first serious movie “Uprize”. A historical drama on the Haitian Revolution under Toussaint Louverture, which was the biggest anti- colonial Revolution and biggest slave revolt in history. As ambitious as the movie might be, it seems inevitable that it’ll be a failure. In the end, everyone wants to see Andre Allen play his most famous part “Hammy, the Bear”. Because of this Allen commits to a big profile piece with the reporter Chelsea Brown (Rosario Dawson), to show the world his real skills.

“Top Five” tells a story about telling stories, searches for the essence of humor and poses the question what it means to be a star, or to be precise, an Afro-American star in the USA. Chris Rock scrutinizes his status as a role-model and details – in personal union as writer, director and actor – the dichotomy of trying to stay real in a still utterly racist America, and trying to be as successful as possible. The not-post-racist America demands a lot, maybe too much from its superstars.

„Whenever something goes well in the country the people say, ‘the president does such a good job’, but whenever there is a problem, they say, ‘that nigga is ruining everything’“. Allen labels the problem in the very first sentence – with reference to the apparently most powerful man in the world. How should he fare any better? He can’t meet what is being demanded of him without losing himself. In this respect everything happens as expected: “Uprize” is being slammed by the critics, the fact that more than 40.000 white people are killed in the movie is seen as “racial warfare”.

Chris Rock is a keen observer. He didn’t choose the Haitian Revolution as the  subject of the film in the film by chance. Not the battle of the individual, but the alliance of Haiti’s Maroon’s lead to the success of the revolt. This does not apply to his protagonist, Andre Allen operates isolated. The only thing still connecting him to his old friends, is their “Top Five”-lists-game, hence the title of the movie. Even his longtime friend and personal assistant veers away from him and leaves him behind with elementary questions:

How can you live in a world, that considers oneself to be further than it is?

What should you hold on to?

What should you preserve at all and what not?

All questions of the individual, that can only be answered collaboratively. 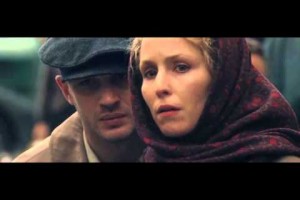 What have David Fincher, Kevin Spacey and the other Washington denizens got in store for us in the t…