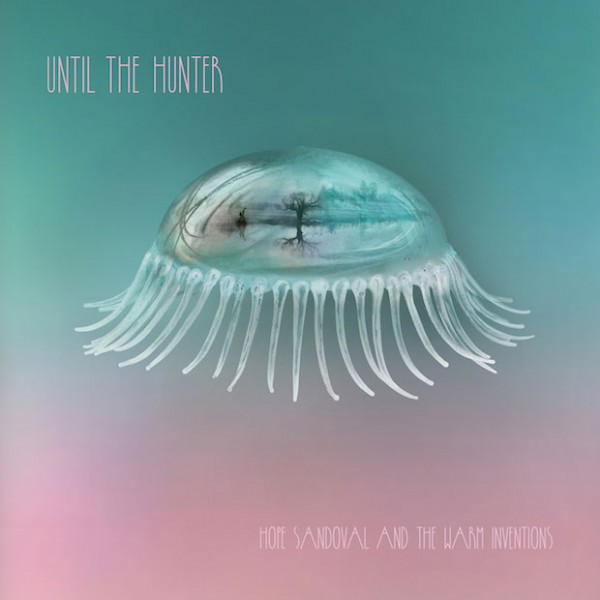 A review for the new album of Hope Sandoval and the Warm Inventions reported that it is music without specific messages, well suited to get out of the day-to-day business, but rather not for people who were looking for comments on world affairs. ???
To me that seemed fairly remarkable, because what I actually want from a record from Hope Sandoval (Hope Sandoval!) is being spirited so far away from day-to-day-business that the expression escapism will describe this state only inadequately. But it might well be possible that today’s young people are calibrated on wanting to see a water level report on the overall situation in every sound, every syllable and every shading on the cover – and then understandably will be disappointed by a jellyfish with trees in it on a palemauveblue color gradient. And maybe these young people have never heard of Hope Sandoval; but I on the other side have seen seasoned punk rockers cry into their beer at the bar when a Mazzy Star tape was playing. I have to admit that it’s been a while. And Mazzy Star have released an album three years ago, of which can justifiably be said that it is a seamless continuation of “Among My Swan”, which was released in 1996 – thus offered nothing really new.

With her side project The Warm Inventions with Colm O’Ciosoid (My Bloody Valentine) Hope also revels in a darkened, warm, slightly other-worldly and barely palpable mixture of folk and country, for which you don’t really want to chose a genre description, because this music and especially this voice will immediately float out of every drawer like a fragile, night-blue butterfly. “Until the Hunter” came out of several recording sessions which Hope and Colm held at Martello towers on the Irish coast – it might be possible that the anti-Napoleonic strongholds influenced the atmosphere every now and then, especially since songs like “I Took a Slip”, the opener “Into the Trees” or “The Peasant” sound unusually vigorous, and yeas there are even folky, vivid hand claps! But that are exceptions, elegiac songs that take their time like “Liquid Lady”, in which quiet slide guitar subtly accentuate Sandoval’s mysterious nature lyric, are predominant.

Very great and even a bit soul-like turned out “Let Me Get There”, the duet with Kurt Vile; Sandoval and O’Ciosoig could immediately agree on Vile and his lose-protracted vocals fit wonderfully to this song, to this album, to Hope.
And yes, for whom “Until the Hunter” actually contains too little in-your-face-politics: “I will do what I want” whispers Hope Sandoval in “A Wonderful Seed”. Take that!
Christina Mohr 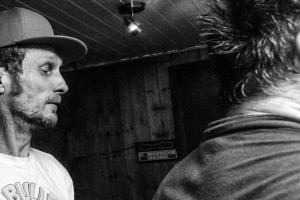 We really ought to be thankful that Dave Portner/Avey Tare, Noah Lennox/Panda Bear, Brian “Geologi…