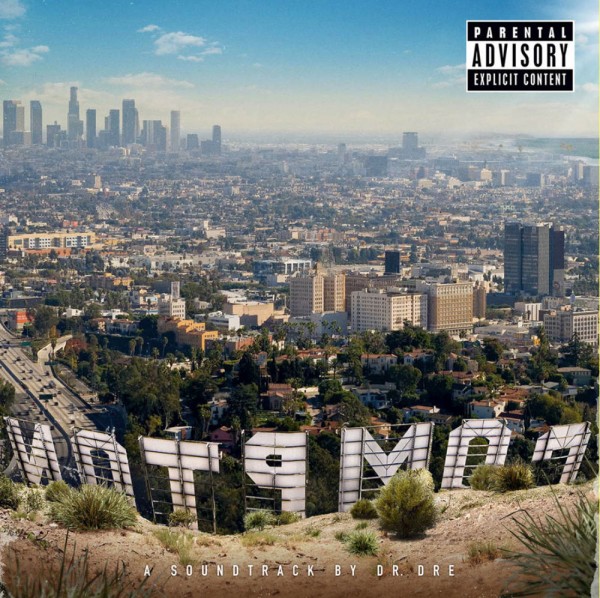 Anything other than an utterly impressive intro that does Dr. Dre’s own story and the accompanying film justice, would have surprised me and in just that manner the album starts off in a rather cinematic fashion, relaying the history of Compton which, apart from Beverly Hills, is the most well-known district of the city of angels. The district in which dreams have ceased to become reality and a place where the illusion that it might be any other way has long been destroyed. Compton is the place where the American dream has gone wrong and if an increase in anything can be observed there, then it’s an increase in problems.

So this is the original breeding ground of our story. A story that is not just now that it has actually been turned into a film well worthy of being captured on the big screen. It’s the story of NWA – the Niggaz With Attitudes – Mc Ren, Ice Cube, DJ Yella, Easy E and of course Dr. Dre – and Dre makes in the opening track “Talk About It” sure no one doubts how the story was written. Assistet by Justus as the dream whisperer (“One Day I´ma have everything”) and King Mez as balance sheet manager (“I´m all about Fort Knox, nigga. Ridin´ through your neighborhood throwin money out of the window like that”) he claims:

“I just bought California. Them other states ain´t far behind it either. I remember selling instruments off a beeper. Millionaire before the headphones or the speakers. I was getting money ´for the internet. Still got Eminem checks I ain´t opened yet. MVP shit, this is where the dope is at. The world ain´t enough, I want it all. God dammit, I´m too old, I forgot I got it all. But Andre Young (Dr. Dre´s real name) enough to still get involved. And Andre still young enough to say fuck y´all. Fuck you, fuck you, and you in the corner too. If you wanna beef, make sure that that´s something you wanna do. There´s some missin´people that felt that way, too.”

There is indeed no other way of putting it: Dre got himself his very own slice of California. First of all as artist in his own right with NWA and both of his seminal albums “Chronic” and “2001” which were the connecting link between gangster-rap and G-funk; as producer for Snoop Dogg, Eminem, Kendrick Lamar and many more, of whom quite a few have been gathered on “Compton” to help create a review of his life whose dramatic composition resembles that of a cross-generational melodrama, featuring Snoop Dogg, The Game, Ice Cube and Cold 187um on the left-hand side of the timeline and Asia Bryant, Jon Connor, Justus, King Mez and Anderson Paak on the right-hand side of said timeline – much like Compton’s tale of suffering continues and the stories of the generations of people who have lived and continue to live there keep feeding into the storyline. Dre has also and above all achieved all of this as a cunning businessman who has not only managed to turn his music and the empire he built around that into a profitable business, but he founded his own company “Beats” and sold it to Apple at just the right moment, becoming the first billionaire rapper in the world.

Dre had kept the public waiting in eager anticipation for a new album called “The long-awaited Detox” for almost as long as Guns N’ Roses had kept us waiting for “Chinese Democracy” – unlike Guns N’Roses however, Dre abandoned the album eventually. In his Beats 1 radio show “The Pharmacy” he simultaneously announced the release of “Compton” and his decision to not finish “Detox”: “I didn’t like it. It wasn’t good. The record, it just wasn’t good … I worked my ass off on it, and I don’t think I did a good enough job.” This naturally matches Dre’s over-all bearings he has cultivated over time as well as his coquetting with his own advanced age and his increasing dementia concerning the rap game in the opener of the album. The message Dre is trying to get across: I am so far above it all, even my defeats are victories.

Well, there are not a lot of moments of defeat to be found on “Compton” – and every time you listen to the record it seems to grow stronger. Granted, you could argue about whether the two tracks by Jon Connor and The Game were really all that necessary, but apart from that there is very little to criticise. Just maybe the fact that there is not even more of Dre’s outstanding presence on the mic on the record, which only really reveals itself after having listened to the album several times and then as it turns out, Dre is more than there. He manages to find a common rhythm with all the other great voices that can be found on the record, thus feeding his extraordinary talent into the composition of a story that is bigger than all its protagonists combined – the ability to do just that demonstrates Dre’s true stature. Despite all the showing-off status symbols, all the rapping about sex, drugs and money, it would be very foolish to even for one second doubt that all the egomania we listen to and naturally interpret from our European middle-class angle, is not to be understood as an immediate reaction to what is going on in the streets of Black America.
Just for that reason we find a track about the “stone cold killers in these Compton streets” (“Genocide”) that Dre arranges quite ingeniously as bouncy reggae-rap starring the voices of South African singer Candice Pillay and English singer Marsha Ambrosius: “Call 9-1-1-, emergency, hands up in the air for the world to see.” “Genocide” is one of those tracks that unites everything that makes Dre such an excellent producer. For starters there would be his unparalleled instinct as to when to reduce the sound to just a few components and to arrange them in a way so that they’ll stick in mind (in this case one single “Berghain”-sound that pulsates and resonates again and again); those incredible beats (you can just picture him at home, stood in front of the speakers, completely caught up in his own songs – at least that’s how I imagine the moment in which the name for his earphones came to him); this certain feeling as to when order has to be broken up and those extraordinary moments just like in this song are created – moments that feel like a Michael-Ballhaus-360-degree-tracking-shot, when you only realise what just happened when the moment has already vanished again like a mirage.

In general “Compton” covers a broader musical spectrum than Dre’s previous solo records. “It’s All On Me” picks up on the soul-hiphop of the late Nineties/early Noughties – it’s a very warm and soulful piece that is built around a sample that is being repeated over and over again and Justus’ and BJ The Chicago Kid’s flow. Followed by “All In A Day’s Work”, starring the crooner-soul of Anderson Paak and Marsha Ambrosius. Yeah, all of a sudden the atmosphere seems quite harmonic – don’t be fooled by the Mexican trumpet though, it’s only a little while later that you can clearly hear the rattling of the chains of slavery in this modern gospel of work ethics. Where exactly this work ethic has gone – well yeah, someone please hand over the award for the cheesiest transition ever – can be heard at the very end, when Dre lets the snare take over for a solo that 99% of producers of electronic music would kill for, as they are constantly looking for this kind of magic of minimalist sound and rarely ever achieve it.

Now on to one of the main pieces on the album, “Darkside/Gone”, reminiscent of Jay-Z’s “Venus vs. Mars”, but even more so of Kanye West’s idea of the black hole of sound that absorbs everything and spins it around in complete darkness for all eternity. Dre effortlessly dances in this epicentre of gravitation, but he’s not alone – having made clear what’s going down (“30 Years in this bitch and I´m still here. Decade after decade. And evidently I must be doing something right”) he passes the microphone over to the other side of dark eternity to his former partner in crime: “Word to my nigga Eazy”. Eazy cannot speak for himself anymore, but the message is self-explanatory: “Eazy-E_C_P_T OG from the other side (Eazy). From the other side (Eazy).”
The second breath-taking part of this song is started off by the hook performed by Marsha Ambrosius who turns Eazy into the more classical easy and obviously establishes that things are of course anything but easy. For about thirty seconds you might believe to find yourself in Jay-Z’s “Empire State of Mind”, which is fair enough since what Kendrick Lamar does on that track can actually not be described as anything else. Rap music that is above all things pertaining to this world. Goosebumps everywhere. It’s the ancient story of the rapper who was misunderstood and now that he is successful has to prove to himself and to the rest of the world that his hood and his gang will forever be an important part of who he is: “You think I’m too hood in my video? But really no clue you idiot. I just can’t help myself.”

What else is there on “Compton”?

Phew, I feel a tad dizzy now.
To close with the words of the Guardian.user “SackTheJuggler”: “He’s the Donald Fagen of rap!”
Thomas Venker 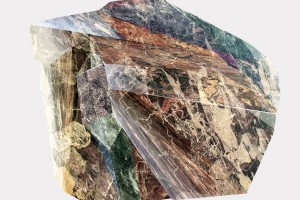