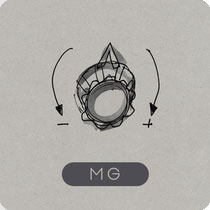 MG
“MG”
(Mute)
We all know songs by Martin Gore. His influence is crucial to the evolution of his band Depeche Mode’s unique sound. That he is truly gifted should hence be beyond debate. When an artist like him decides to work without his band, it is of course interesting to see, if his artistic output reaches an even more personal level.
By merely paying tribute to his idols with cover versions or joining forces with former bandmate Vince Clarke for a techno project, Gore has cleverly managed to avoid this kind of indiscretion up until now. It is with his current solo album “MG” that he now seems to want to disclose his true colours and reveal to his audience, what it is exactly, that he cares about: synthetic sound islands, grouped in a space devoid of air, which are deeply rooted in electronic music. A declaration of love to the pristine sound of synthesizers.
Having listened to the record only once, the impression that the listener is left with might be one that is drastically opposed to the icy, laconic pop anthems that are ever so characteristic of Depeche Mode. However, it is worth noting that tracks like ‘Elk’, which was an important impetus in the creation of ‘MG’, were initially intended for the latest album of Depeche Mode, thus they are as a matter of fact originally Depeche Mode tracks.
It is for instance not too difficult to imagine Depeche Mode perform a song like “Trial”, in a marginally altered version at a slightly higher pace.
The obvious recurring pattern in Gore’s oeuvre is the atmosphere which in this case is mostly inorganic and bleak. Gore manages to intensify this certain metallic quality that is automatically associated with Depeche Mode on this solo album, almost exclusively resorting to synthesizers which are not necessarily antiquated, but definitely convey a touch of vintage, as they hum, buzz and ring in solitude.
It seems appropriate that the names of the songs, such as “Exalt”, “Hum” or “Creeper”, all sound like the names of synthesizer-presets. According to Gore himself, he had the soundtrack to an imaginary sci-fi film in mind, while recording the sixteen tracks that can be found on “MG”. It however remains to be seen which kind of science fiction Martin Gore is exactly referring to: a scenario in which muscular end-time barbarians are cruising around on motorcycles while wiping out rats the size of pigs with their flame-throwers, or rather the kind of science fiction that depicts beautiful, yet unhappy human beings, hanging around in perfectly lit antiseptic rooms, worrying about defects in their DNA.
The good thing is: both scenarios are possible on ‘MG’. Gore merges purely electronic music, which is at times reminiscent of pioneers of the genre like Morton Subotnick, with pop music, by more or less subtly transferring pop structures and rhythms into more abstract soundscapes, rendering them more accessible. The kind of concession that can easily result in kitsch. Even if that were to be the case, it would be a very sympathetic manifestation of it.
Martin Riemann

Martin Gore is the sad soul at the centre of Depeche Mode. For the fans the posterboy will always be Dave Gahan. But for those others, who find Gahan’s egomania and macho posturing a bit over the top (even though we all know these gestures were only ever rockist clichés that Gahan seemed to think he owed everyone) their eyes are trained in a sympathetic if slightly unhealthy way on Martin Gore and his melancholic aura.
Where Gahan loves to do his pirouettes in the spotlight, Gore finds the best spot to hide himself in the shadow of the theatrical curtains – and in doing so does it best. He may have written 90% of Depeche Mode’s material, but it’s rare that he walks to take a bow – in his seeming angst that might be too emotional for him and the fragililty of those songs would die on his tongue.
His previous solo albums so far, “Counterfeit 1” and “Counterfeit 2”, told the story of this drama through interpretations of songs by a very different repertoire of artists like The Durutti Column, Sparks, John Lennon, Marc Bolan, Lou Reed or Nick Cave. In these covers, he has made them all into Martin Gore songs, and let these gems speak to us as they were his own.
Now Martin Gore has decided to produce a solo album that’s a true break from his business-as-usual. We got a sense this might be coming on VCMG, a project he did with Vince Clarke two years ago. But still, this is a decision to write original songs without his safety-net of tender vocals. You do not have to be a prophet to guess that this work is dark as hell. It was always going to be written using the genetic code of Depeche Mode, their dark rockism, and gender weirdness.
But filter this out and you find songs, which leaving aside certain zeitgeist bating moments in Depeche Mode’s past lead directly to “MG”. Every song bears a one-word title, “Swanning”, “Elk”, “EuropaHymn” or “Southerly”, striking the uncompromising note Gore was going for. The result is a sound that’s part industrial, part noise and techno and thus somehow right bang in the middle of “now”. Martin Gore might be in his fourth decade as a songwriter, but where others lose it by degrees, he’s still writing the recipe for the futre.
Thomas Venker 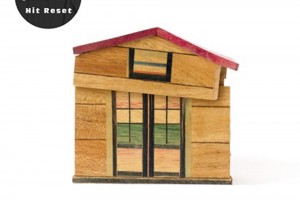 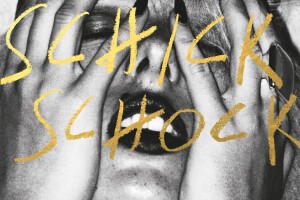