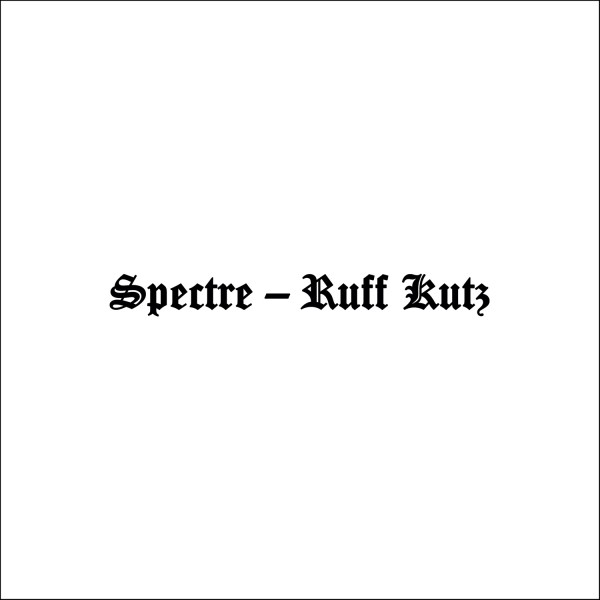 Is it really already 15 years since we fell in love with the dark beats of Brooklyn’s Word Sound Collective?
It’s weird when you realise that a record that still feels so bang-up-to-date, has, well, become history. But let’s stay thankful to PAN who’s done such an excellent job digging deep into the Word Sound archives and coming out with this hiphop mixtape showcasing Skiz Fernando Jr. (aka Spectre).
Originally released in 1998 on tape, those two 40 minute “sound collages” (imagine a highly specific mix of songs, samples and random noises) teleport us back to a certain hiphop heydays. Back then experimental hiphop and dub were so hip, The Wire magazine even resorted to inventing their own sub-genre to charactise this style: “illbient”.

In this mix you’ll find songs, remixes, edits and leftovers from folks like Kevin Martin, the Jungle Brothers, Sensational, Professor Shehab and Bill Laswell, all back then closely associated with Word Sound.

There is no way to place „Ruff Kutz“ 2015 in the context of the brave new sound that people like D’Angelo and Kendrick Lamar are putting on the map. The big difference was that Word Sound was primarily a dub label that gradually embraced hiphop via slow motion breakbeats and noise, while those two cats, for their part are bringing soul, jazz and funk into hiphop. The whole thing just melts together

I wonder if we will see a comeback by Fernando himself in the aftermath of this re-issue. He was quite a character in the 1990s couchsurfing from friend to friend and running the label as well as his own artistic career from a telephone booth in Brooklyn. Not a style we see from today’s record label moguls, you have to admit.
Thomas Venker

“PAN is releasing nothing less than a real pioneers work. This is pure gold.” (Martin Riemann)