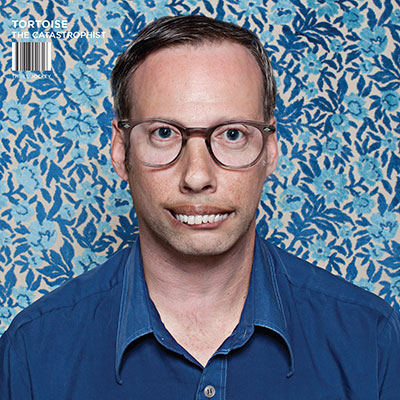 A couple of years back Tortoise gave me an unforgettable, transcendental far-out-gig-experience: together with The Sea and Cake and Trans Am the Chicago band tore apart the KFZ-club in Marburg, showing the rest of the world what Post-rock is truly all about – and that for several hours.
Just marvellous. I looked up when exactly that night went down: it was in 1996.

Well, and before I get reproached for being overly nostalgic again, I shall get straight to the point: what kind of significance do Tortoise still have today?

“The Catastrophist” is Tortoise’s first album in seven years, which is not even that long of an absence for a band who has never topped any chart-listing and is only really relevant to people
who are rather interested in quality than quantity – or is it? John McEntire and his colleagues are barely under the suspicion of pursuing nonsensical, short-lived fads and their universe of post-, prog-, kraut- and jazzrock is certainly vast enough so that they could re-enter the scene at any time. At the beginning of “The Catastrophist” there was a piece of work that had been commissioned by the city of Chicago: bands and artists were asked to capture their relation with Chicago with the means of sound, in words or images – maybe this is due to my fairly naïve understanding of art, but I have always been rather sceptical of commissioned pieces of art. Artists are made to deliver something, at best in exchange for some money. Anyways, Tortoise put together a couple of tracks which they tried out live and then decided to just go for it and record a whole album, as it was about time again that they did that anyways. The eleven new tracks which are the result of this decision sound like a version of Tortoise that has been designed as “take-away” product: the tracks are a bit more catchy, more lighthearted, more compact and less complicated and less excessive than, let’s say, “TNT”. Well, fair enough, that was back in 1998. But why would Tortoise choose to sound the exact same in 2016? Tortoise dig through their own oeuvre in a strikingly unspectacular manner – occasionally end up with jazz that sounds a bit off (“Ox Duke”), reference the sound of bands like for example Can and also ditch a song mid-process as a mere outline (“Gopher Island”).

For the very first time in the history of Tortoise a (female) guest vocalist is being featured: Georgia Hubley of Yo La Tengo features on “Yonder Blue” – Tortoise had originally set their mind on having Robert Wyatt sing on their record, who declined as he had retired just then. Hubley remained as second choice, which does not render it a song of lesser quality, however seems to be emblematic of the overall atmosphere of the album: it really isn’t that great all in all. Above all the cover of David Essex’ 1970s hit “Rock on”, which features vocals by Todd Rittman (who is usually part of U.S. Maples, also hailing from Chicago), just does not fit into the big picture. There are a few great moments on “The Catastrophist” which allude to how great Tortoise can be live, when they improvise onstage and let their sound explode, while still exercising utter control over what they are doing – well, I guess it’s fair enough to keep things more ordinary when it comes to commissioned work.
Christina Mohr 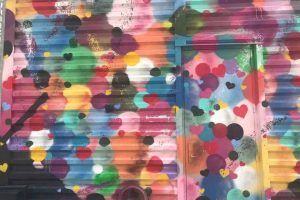 a musical segment by Traxx