The parliamentary elections for the Bundestag will be one year from now. The political coordinate system is already quite crumbled, no matter if it will yet again be enough for a fourth term in office for Merkel or if Sigmar Gabriel will keep the SPD courageously above twenty percent. If you are looking for the reasons why it is crumbling may not seek for it where they are complaining the loudest – in the political operations. If you manage to block out its bluster will encounter that on the far side of the political clutter is not a disintegrating but a over-integrated becoming apparent. How does that go together? In a monthly series, that will be continued up to the parliamentary elections Felix Klopotek will analyze the “politics of the center”, in which rise and fall of the political morality will solidify exemplarily. “The majority as a sect”.

The title “the majority as a sect” refers to an essay of the political psychologist and radical social critic Peter Brückner (1922-1982). This series feels obliged to his incorruptibility: “The sect is the social ground on which purity requirements and orthodoxy blossom – for the majority of the population just too palpable as the intolerance that does not withstand any objections against the status quo (…): the “intolerance of ambiguity”, that can fear its own doubt so much that it disgorges the reason for doubt and makes itself narrow-minded, dogmatizes itself daily.”

Just some flag bearers –
why the rise of the AfD does not portent a renaissance of conservatism
Everybody wants to fight against AfD and the New Right, nobody knows how. That is the great perplexity in the political operations. This issues springs mainly from the logical conclusion that they would most of all have to fight themselves. One of the AfD’s strength is that they are openly reclaiming old CDU- and SPD-positions for themselves, posting quotes from Helmut Schmidt and linking to former addresses to the Bundestag from Angela Merkel, in which they are warning against the dangers of immigration and Islam. If you are part of the CDU and SPD and want to fight against AfD, you would have to face up to their own political legacy and have to explain why it does not hold for the current action (anymore).

As a last consequence this would amount to an explicit affirmation of the open immigration society – this would be, in the framework of the parliamentarian democracy, the maximum opposite position to the AfD. Or you would furthermore validate the old racist-national legacy, wich would amount to an ingratiation to the AfD and thereby a complete declaration of failure. The latter profession is impossible. The former will never be proclaimed, because the objective of politics does not consist of the fulfilment of normative determinations (often called “social contract” in the feature pages, but that isn’t a thing), but of the smooth execution of business. Therefore the most generous immigration regimen needs to be a disposable factor for politics. Therefore open borders are not an ethical imperative, but are due to power political and economic deliberations and will be sacrificed to them if necessary. It does not depend if it really can be a disposable factor to open and close the borders at one’s convenience, it depends on the allegation that it would be this way. The AfD represents in contrast normative positions (in political speech: “fundamental opposition”) and thereby showcases the pragmatism, or better: cynicism, of the government.

The beauty of normative positions is that they are so unsullied, they are the noble ideals worth fighting for: the Christian West, the German legacy … this sounds fraught with meaning, born from the depths of history, outshining everything, lasting forever. But none of this has the natural (supra-historical) core that is endlessly claimed by the nationalists. Normative determinations are the product of material interests, those have to be decoded, then you know … how to fight the AfD? No, why the fight has not succeeded.

You just have to read carefully, then the key quotes will be nolens volens handed to you on a silver platter. Barely four months ago a correspondence of two former friends had been published in ZEIt, one of them committed to the new rights, the other one is fittingly bewildered and denounced their friendship. The one who committed to the new rights is called Siegfried Gerlich, he legitimated his change as an act of resistance:

“How can you (…) associate with all of these Oskar Matzeraths, who, out of infantile protest against their Nazi-fathers, refused to grow up politically and who in their saturated early retirement stayed infantile enough to chubbily advertise their ‚colorful‘ kindergarten republic and thereby unwinding your and my ‘old Europe’.
You don’t need to struggle for me – you should rather conquer your pusillanimous fear of a friend who just wants to prevent that everything that is still standing and that is not worth perishing will be shattered from the flag bearers of progress.”

You have to savor the last sentence slowly. It almost sounds left-wing. You really want to look more closely here: In the last 25 years – since the failed German reunification – there had been enough cause for resistance against the new world order. But at no fault – neither domestically nor foreign –, no neoliberal socio-political incision, no softening of the legal certainty, no foreign policy compliance towards the superpower USA, had there been noteworthy political or cultural resistance from the conservatives (apart from the hardcore people from the NPD- and Horst-Mahler-milieu, but who wants to be seen together with them anyway?) to be reported. The conservatives dependably were part of the party of global neoliberalism, the conservatism offered no resource for resistance and non-conformism. This has been recognized by the smartest, most sensitive and thereby most opportunistic of all conservatives, Frank Schirrmacher, who revealed in one of the last of his last style-defining essays: “I’m starting to believe that the left is right.” Schirrmacher has hyped the anarchist David Graeber (“Debt: The first 5000 years”) in the subsequent period and has released a reckoning with the obsession with optimization (“Ego”). Of course Schirrmacher’s turn to the left was not just not believable – if wasn’t even supposed to be. Moreover, it was supposed to hold a mirror to the hollowness of the conservative clientel. But to no avail, because all of the issues that Schirrmacher put on top of the agenda – casino capitalism, criticism of technology , criticism of the psycho-mechanics of self-optimization – are not playing any part in the intellectual discourse of the New Right, besides from lip services.

There is something inherently wrong about the stylization of the conservatism to the last possible act of resistance – it is not authentic, it is not self-critical (although stout complacency is constantly reckoned up for the leftist and liberal movements), it is not visionary – it does not provide a plan for the future that would be more than a direct reaction to Merkel’s refugee policy of last year. But what is it anyway? The start of a hardly warped racism – the fiction of an ethically homogenous community. That, at least, is the default criticism. But it falls short: This fiction, this should have become clear to even the hardest racists, is spurious. In a country, where every fifth German can show a migrant biography, a nationalistic ideology becomes, well, homeless. Only the open Nazis want to get back on the far side of the affirmations of the government that we are an immigration society. The New Rights are calling for the “right” immigration, upper limits, Christian (or European) immigration, immigration of skilled workers, in short: for hard selection.

The desire for an aggressive re-ethnicizing of the idea of the state and of the society in Germany, turn out to be background music for the regulation of the job market. AfD politics carried through consequently does not mean more “Foreigners Out”, hence, the fascizated 80s and 90s conservatism, but rather a drastic regulation of the job market. Certain demographic groups – preferably the migrant ones – would be excluded from the start, the access to educational opportunities would be limited, the minimum wage would be abolished, millions of people would be driven into precariousness – a second and third job market with no ascent into the zones regulated by tariff and social partnership. It should not be forgotten that the AfD as economic-liberal party did run on anti-union principles: They never distanced themselves from these origins, although their (co-)founder Bernd Lucke, who did hardly stand for racism, but precisely for contempt of poor people and workers, has been ousted for quite a while.

The “ethnic homogeneity” that is praised by the AfD and their right-wing pioneers as escape from all crises of our time, is de facto a program of social segmentation. With this the AfD is by no means standing apart from the mainstream that they despise from the bottom of their hearts. The job market is already structured racialistic. The AfD is not needed for it. It’s contribution rather consists in the moralization of this status quo: Some people are more deserving to belong qua their origin, while the immigrants and refugees have to join the end of the line. This nationalism promises to immobilize the cutthroat competition of those willing to work at their search for a halfway decent job by drawing a line – who belongs and who doesn’t. But as a huge army of detached, precarious workers would be the consequence of this nationalism, this ironically will raise the pressure on the “privileged”. Because now that everyone else is pushed aside and cast out they would have to be productive. But what if they are not?

SPIEGEL TV went to the trouble to track down a particularly spiteful facebook commentary while doing research in Freital. They came across a pitiful one-Euro-jobber who is being attended to by an “initiative to reintegration of long-term unemployed people” with no prospect of success. A stirringly sad scene. One thing is immediately clear: It’s people like him who are seen as unworthy to life by the right wing from the bottom of their soul. After the refugees they would be the next ones not worthy to be part of the German community of fate.

Felix Klopotek lives and works in Köln. For some time he follows up on what Haitian revolutionaries have in common with Ukrainian and Polish revolutionaries from the 19. century and how this has been reflected on the communistic dissidence of the 20. century.: Building blocks of a world history from the point of view of outsiders and oppressed people. 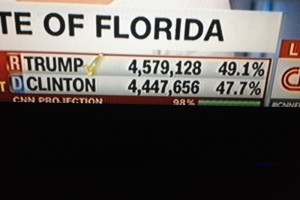 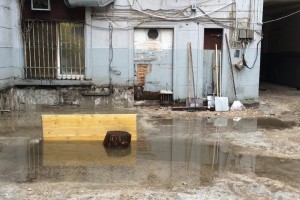 The Majority as a Sect X

“25 YEARS OF NEOLIBERALISM MADE SURE THAT THE SOCIETAL MISFORTUNE HAS TURNED INTO A COMPLETELY ABSTRACT FACTOR.”

The demands of the Bundestag election campaign are dropping by the hour, there is no hope for the »…