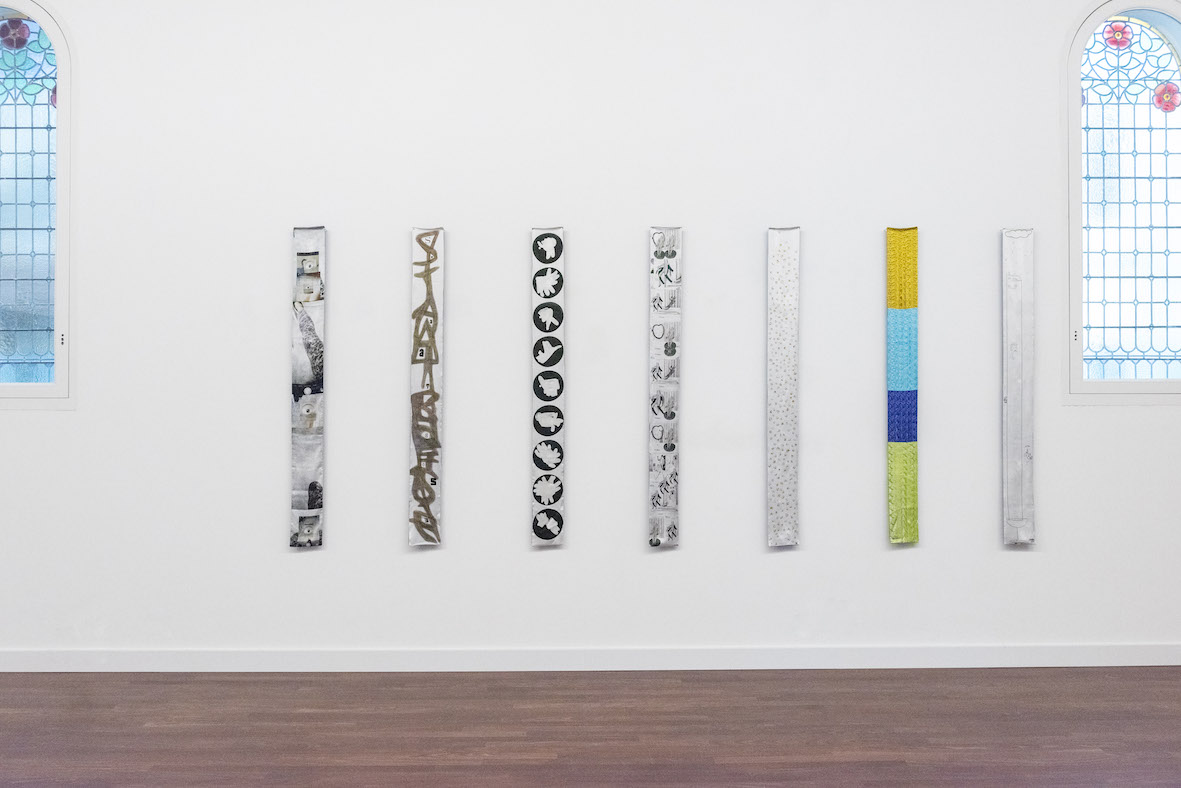 „Cabinet of Kaput“ originally started in 2016 by Sarah Szczesny (who also designed our beloved kaput logo), Peter Abs and Alex Wissel as a weekly published art section on our site. The approach was not a journalistic one, instead they were presenting art works made especially for this digital context in the format of 180 x 18 cm.

During the pandemic the two reflected about how to transfer the digital format into a physical object – and created an edition of objects in the equivalent measures of 180 x 18 cm that appear like long and narrow columns, like cabinets or even stolas or scarfs. Those editions are right now for the first time ever shown at the Dutch Gallery Mieke van Schaijk in ’s-Hertogenbosch.

Sarah and Sabine were so kind to answer a few question about „Cabinet of Kaput“. 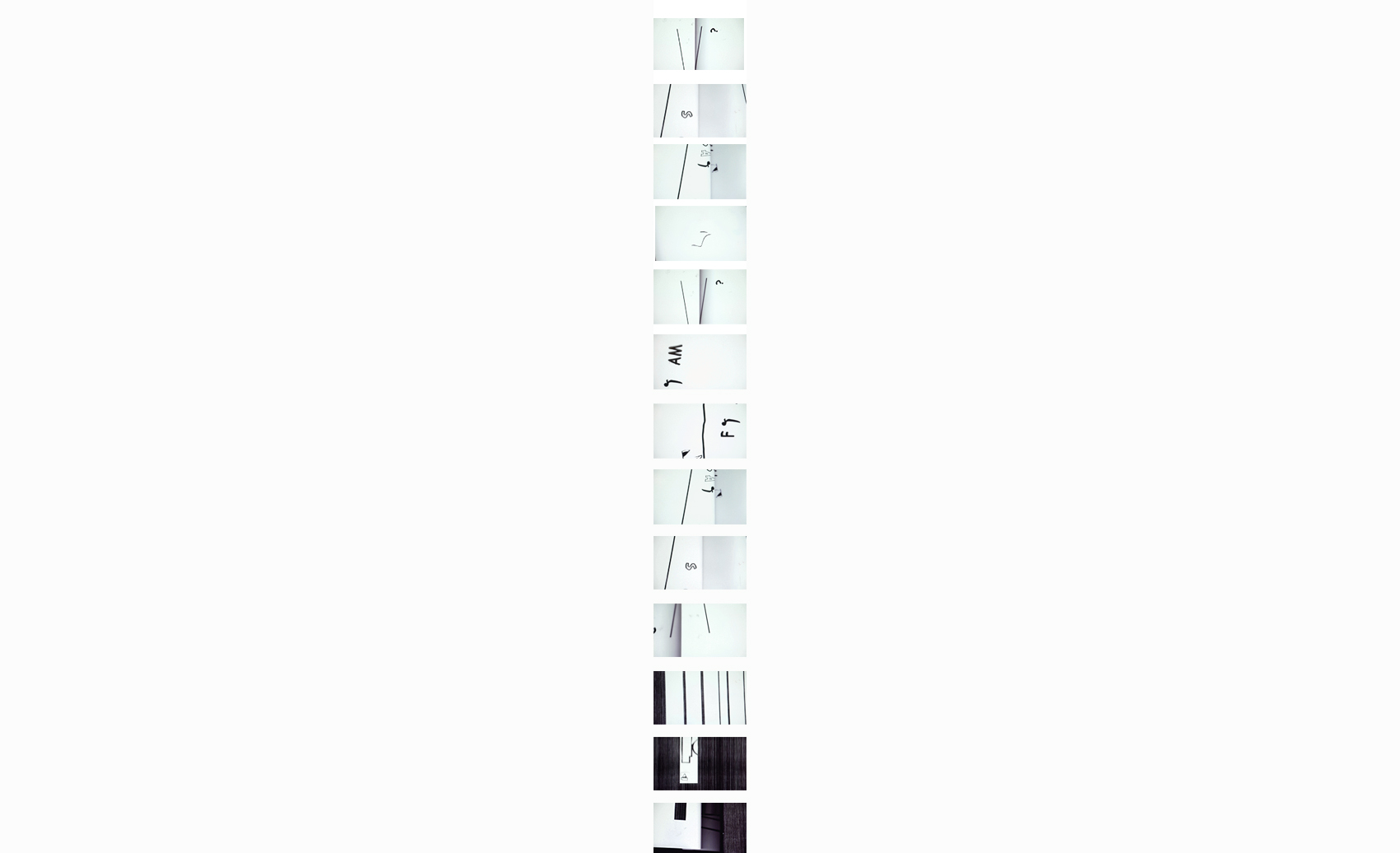 How did „Cabinet of Kaput“ start in the first place?

Sarah Szczesny: The idea of taking care of an “art section” on kaput came up at a time when Contemporary Art Daily was still having a peek and got a huge amount of attention. Of course it was informative back then (being able to see shows all over the globe), but somehow it supported the reception of art from a digital perspective and in a disguised and twisted way. That said: Some installation images might actually appear more interesting on a website. And so I was wondering if the artists already produce art for looking “good” in this particular context. A question which did not loose any of its relevance to me till today.
Also we have to keep in mind: a platform like Contemporary Art Daily was the extension of commercial spaces and galleries and by that left a huge part of the artists out of the focus. So our intention with „Cabinet of Kaput“ was to contact the artists to produce something directly for the digital context. We left it open to them if they react in their works directly to the internet and its specific reception and working praxis, like scrolling on the mobile or computer.
But one thing was clear: the artists have to question the digitalization right from the beginning – even if they work analog. If you look at the archive it is amazing to see how diverse the artists worked with the requirements.

Sabine, you joined Sarah as the co-curator of „Cabinet of Kaput“ in 2017. What was your perspective on the series before being an active part in its genesis? And how did this perspective develop since then?

Sabine Schiffer: When Sarah asked me if I would like to be part of the “Cabinet of Kaput” section as a co-curator, I was immediately on fire and didn’t even have to think much about it. I actually felt very honored. I wasn’t aware of anything at the time – nor am I now – that relates to the digital so stringently with a specific format and at the same time from so many different angles without being born out of the digital. By this I mean, for example, NFTs, which are, after all, “born” digital and can also only take place there. In this way, “Cabinet of Kaput” remains insanely relevant even years after its founding. In addition, I was thrilled by the fact that the concept does not exclude any working method of an artist. It remains free despite the predefined size and digital form.

Sarah Szczesny: The format is connected to the format DIN A4 and to the perception of scrolling down (and up) a website. It looks and feels like a long stretched page – which inhabits also a kind of narration. If you see the whole figure, it looks like a narrow column. I find this appearance and its form really interesting.
The idea was also to just ask for a simple image file – to make it technically simple for the artists and to have a least common denominator between the very different artists.  Further the intention was to offer the artists a place for real artistic exchange, like a “digital jour fixe” where you can watch how colleagues work with the format. For me a it was a pleasure to watch others develop their works and also to discuss them with them. Very inspiring.

Sabine, what was your first reaction to the format?

Sabine Schiffer: I was immediately very attracted to it. Since, as Sarah just said, it follows the “natural” structure of a website, it seemed consistent and comprehensible to me. I liked that a lot. There’s something accessible and clear about it that highlights the indivdual and artistic exposure to the format. In addition, the scrolling allows a gradual perception of the work, which can be perceived according to an individual pace. At the same time, the specification of this form allows for an interesting comparability among the works.

Do you have a favorite from the cabinets of the era before you joined?

Sabine Schiffer: It’s actually hard to say, because I feel like I keep discovering new favorites every time I revisit them. A few of my many favorites from the era before I joined the team are Oliver Husain, Alexandra Bircken, Marieta Chirulsecu or Timo Seber. Due to the new edition and with that the changing view, the contributions of Yesim Akdeniz Graf, Isabelle Fein or Fernanda Laguna, among others, have once again crept up among my favorites. But I find it very difficult to stop, I go on and on just continue naming even more favorites. 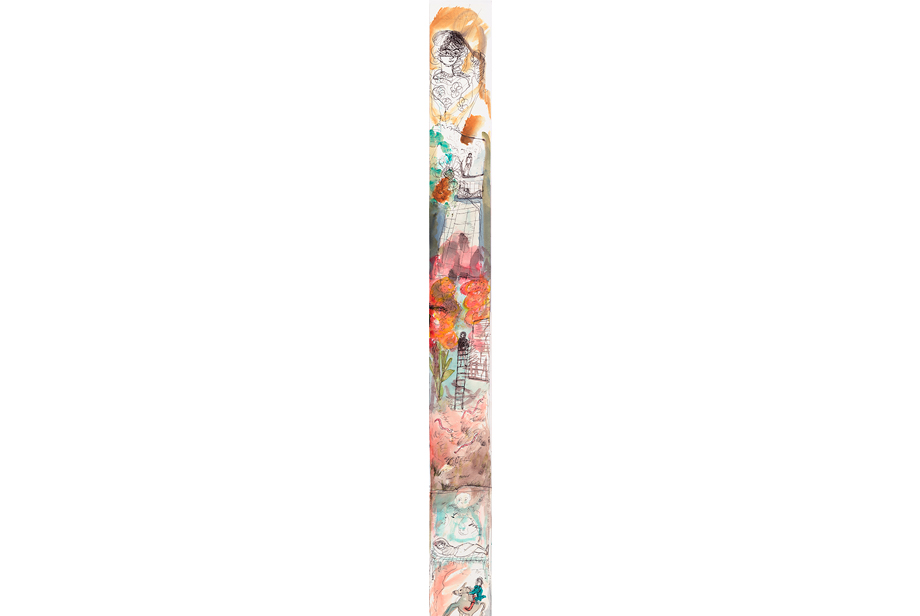 Looking back on the so far around 50 „Cabinet of Kaput“ works, they are quite heterogen. The artists seem all to find their own path to the work and in this very special art room. How do you experience the process? have there been moments of irritation or softer spoken surprise?

Sarah: I did not have any expectations how this idea would work – for me it was surprising how divers and interesting the contributions turned out. To me the border between analogue working processes and digitally ones is very exciting.

Sabine: I really like the process of collaboration during the creation, whether with a strong or less strong involvement in the creation process. In the end, it’s always surprising how the contribution also etches itself into the overall structure and grows steadily with everyone elses contribution.

Some artists work purely digitally, others first produced haptically and then digitalize it – do you still consider in that case the digital work as the final piece? Or is the „real“ artifact the work and the digital presentation just the display to you?

Sarah: I think the cabinet contains this question itself – maybe even the scrolling or the moment the recipient scrolls the cabinet is the artwork- there are many layers and to ask these questions (like what is the original, or requestion the concept of originality itself) is part of the idea. The first “show” about the project at Gold + Beton in Cologne was just a video of the scrolling…

Of course, I ask this with having in mind that you now show the editions that followed the „Cabinet of Kaput“ works. A very interesting process of transformation of the works into haptic objects is taking place. The works become artifacts and exhibited classically in the context of a gallery. How did you approach the selection of the “Cabinet of Kaput” works that fit these ideas? Which (aesthetic) criteria led to the decisions?

Sarah Szczesny: Very simple ones, like is the resolution high enough for printing – in the end it was also an experiment to see how it would work. Sabine and I see the selection so far also more like the first prototypes, we wish to produce all cabinets, but of course only if the artists give their permission. Some really did not like the idea of the materialization.
The fabricated objects stand  in the tradition of multiples. A multiple is an artistic work that consists of a number of serially produced objects of the same type. The artist provides an image design or a model while the execution is carried out by specialized professionals like in our case with this new possibility of textile printing. I also like the absurdity to create an object – in this case it is also made to be touched or to be worn –, but the original intention was a pure digital context, the absolute opposite.  Again, it was an experiment which came also from time of overload of digital presence (during the pandemic) which led to this idea. 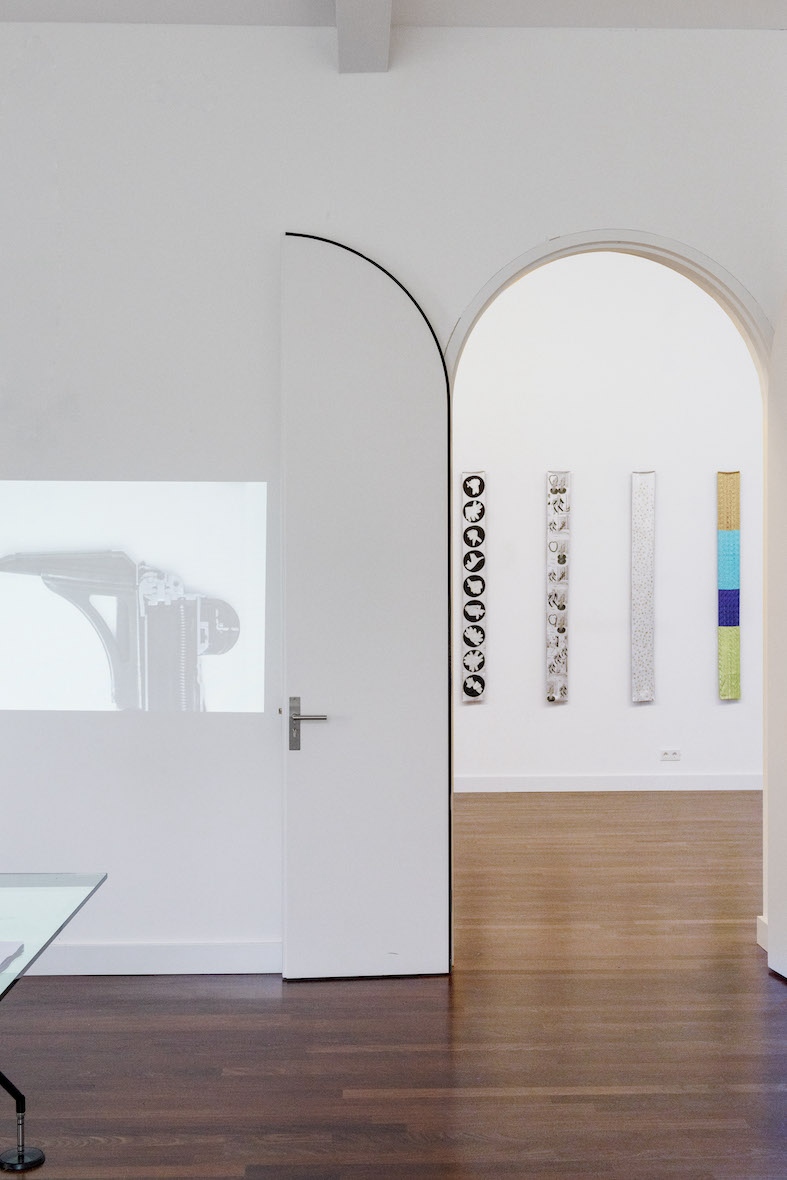 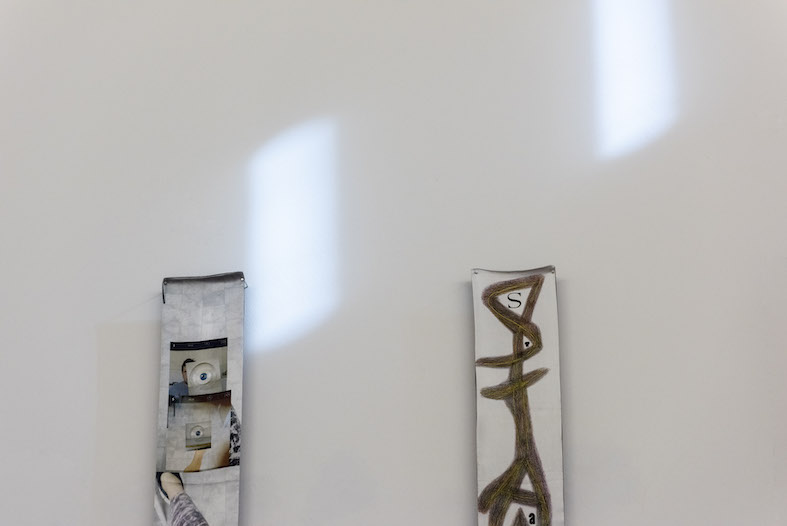 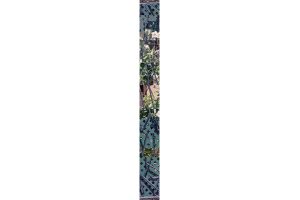 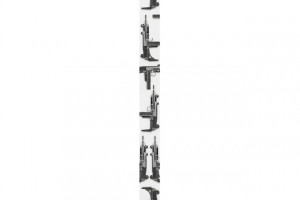 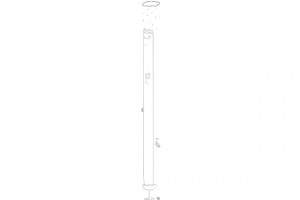