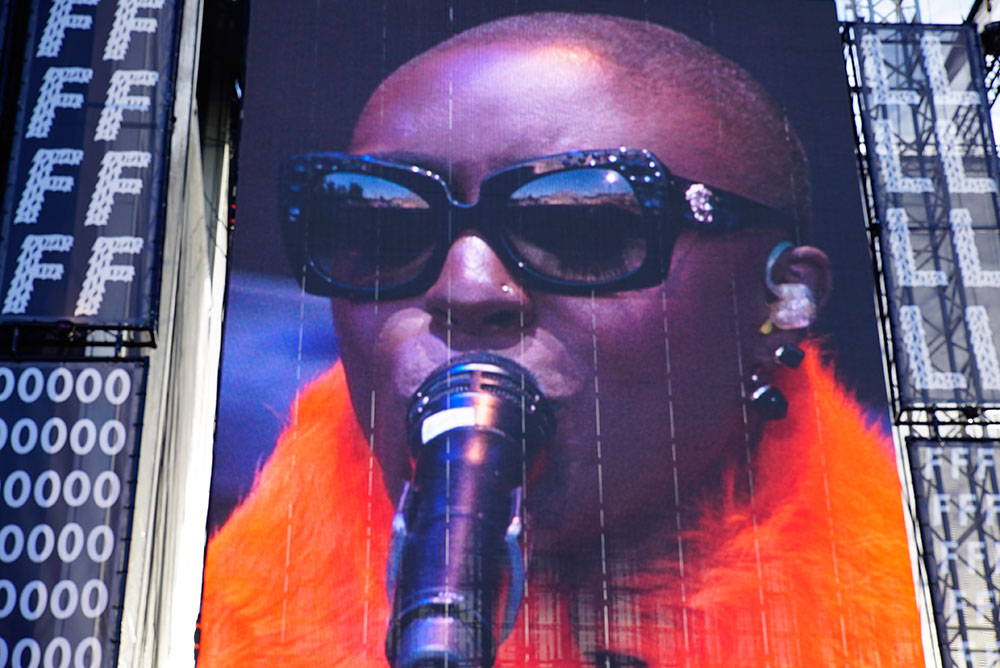 The quest for fun continues. That’s the general feeling that descends on Facebook around March when the first festival related questions start to circulate. That annual moment of existential panic “am I still able to camp for 3 days?” … “with 25,000 ah… close friends in a field… Listening to dub at 6am.” Argh.

Good thing then that these days one can smile fitfully imagining the future, for now we can festival (yes, it’s a verb) in our favourite cities. That was the thought as I walked through the gates at Flow Festival in Helsinki for the first time. A tiny town of amped-up possibilities… 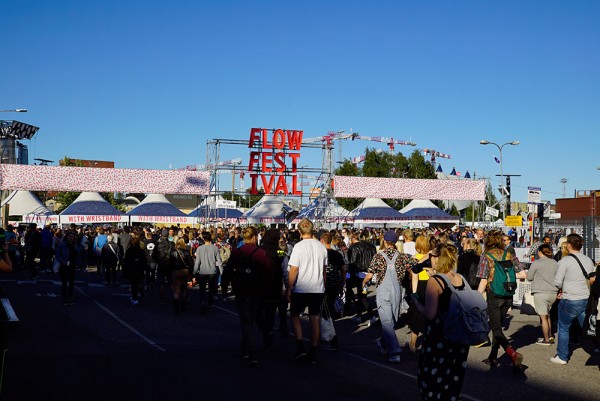 Second thought was: if Trump wins and Britain floats off even further on its lonely Atlantic trip I want to live here. Picture the scene, post industrial buildings reimagined for colour and melodies and joy. A massive pink balloon, that looks ready to take off, hangs above the site and a crowd that looks like it might be about to attend a hip wedding, hatted, made up, smiling like this is their town.

And a glorious little town is how this feels… Competitive chefs face off across the site, a microbrewery that could hold its own in Brooklyn or Hackney is pouring for the cognoscenti, and as we walk in the achingly sunny voiced Laura Mvula is conducting a soulful service to thousands on the main stage.

Day one at Flow Festival kills with the eclectic. In about 3 hours we’ve already stood in a rammed hall while the big band sound gets deftly rebuilt by Norway’s Megalodon Collective (who said jazz was for dinosaurs? You can’t move in here …); dj Roman Flugel has galvanised a crowd with a 3am-worthy in the golden light of 8pm and I’ve watched a team of two prepare a fresh papaya salad with great love (and mortar and pestle, obvs). You consume well here, is my point.

Over at the Black tent things one could check in for reports from two of my home country’s best contemporary reporters: grime star Stormzy and angry blokes extraordinaire Sleaford Mods. Whatever you think of the Britain that voted for Brexit, these two give me so much hope. Grime’s power is crowd fuelled “give me your energy Helsinki! We need it!” Yells Stormzy cutting some deftly moves over the sound of the suburbs given a chart pop sheen. Later Sleaford Mods invite the entire tent in for their idiosyncratic brand of pub lock-in shout fest. It’s glorious. Hard knock spitting from the effin’ sceptical but tellingly, here to share not running away to stuff it’s head in the sand. You listening Britain? Sleaford Mods for Foreign Secretary I say.

Back in the centre of this happy (and easily traversible – winning) village there’s a river of people amassing at the Balloon Stage for Paperi T X Pekka Kuuisto X Samuli Kosminen. The amphitheater stage faces in on a music in the round set up that lends every show here a kind of homecoming quality, and for this baroque-rap supergroup show that’s exactly how it feels. I’m not gonna claim my Finnish is up to the snuff to read the runes accurately but there’s a loping, laconic smartness that comes across just the same. Local heroes to judge the crowd.

Later, to even more swollen crowds, the charming discovered-pop of Ata Kak is utterly disarming. As I walked in he was leading a massive singing lesson for the men and the ladies before speeding them up to a frenzy. There’s something so redemptive about pop music when it’s perfect, and the look on Ata Kak’a face says “see? I always told you music was the answer!” It was going to be hard to top that but in between time notable shout outs must go to DJ Pierre for reminding us that good Acid is a bedroom-based music, and then having the good grace to bring seemingly his entire bedroom studio onstage to prove it. Big. Smiley. Faces. 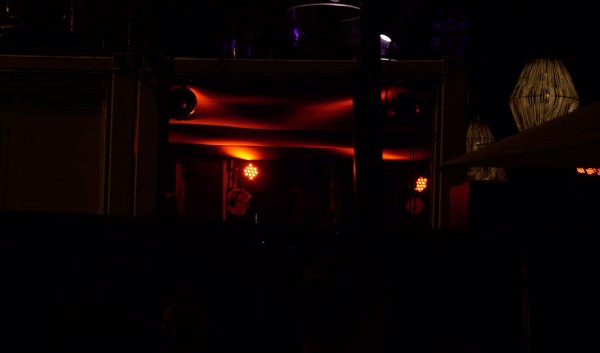 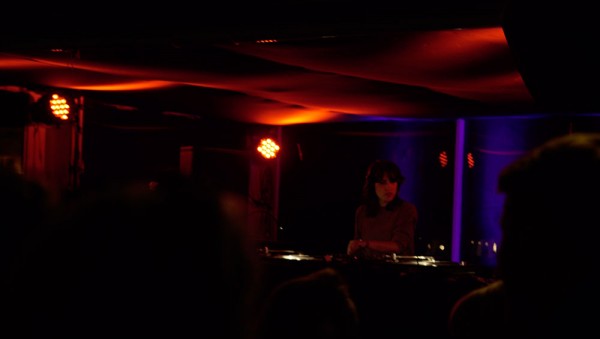 Helena Hauff out in Resident Advisor’s yard (note: more clubs should have yards with trees, it’s nice, it adds…) takes us on a dance journey that’s part the sound of two weeks ago, part 1991 rave nation, and is just a little bit glorious for this ambition. 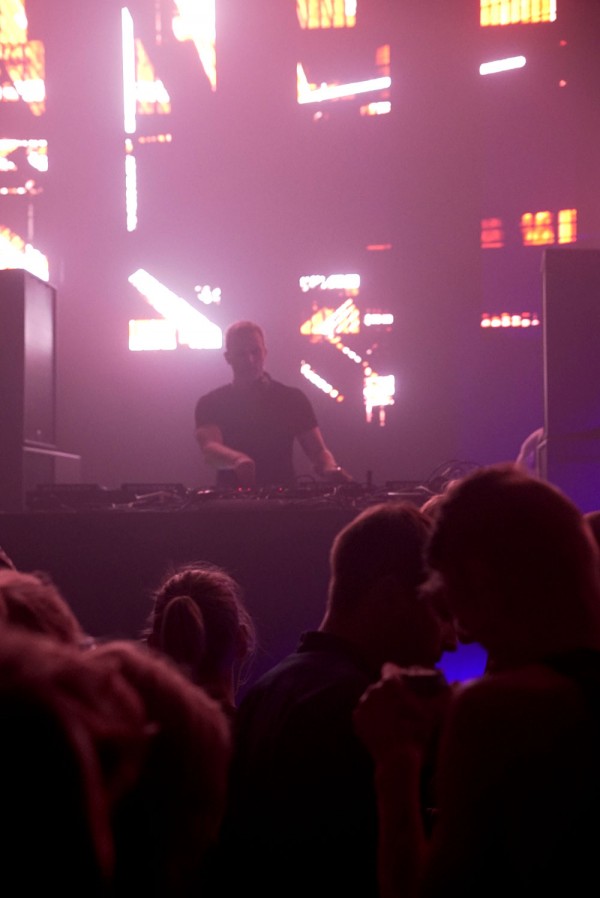 There’s a righteous crush to get in and hear Anna Von Hausswolf close out the first night at Flow in The Other Sound’s village hall. It’s soaring and glacial and a blast of light as the night’s fallen at last.

As the immaculately clean train pulled out of Helsinki station I finally had a nice 20 minutes to think (straight) about the wonders of the Flow. A good festival is both a holiday from reality and yet a super-concentration of the best bits of reality. Entertainment that descends like a mood but that’s as potent as that first espresso hit. And really, something rather delightful about the concentrated cute-industrial village that Flow creates makes this the prevailing experience. In no particular order the second half of the festival that I saw (your mileage may vary) was lit up by the bemused electro funk of Liima, a gangly bunch of affable mad professors let loose on the main stage; set on fire by the one-man-funk-soul-revue that was Anderson.Paak (take note: more rappers should be singers and drummers), and an aching sunshine that kept coming back for more.

Delights there were many: 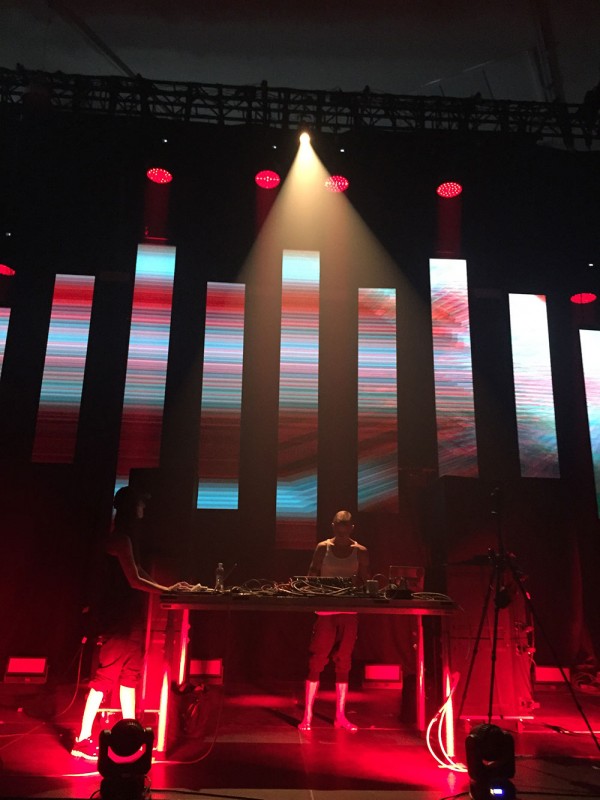 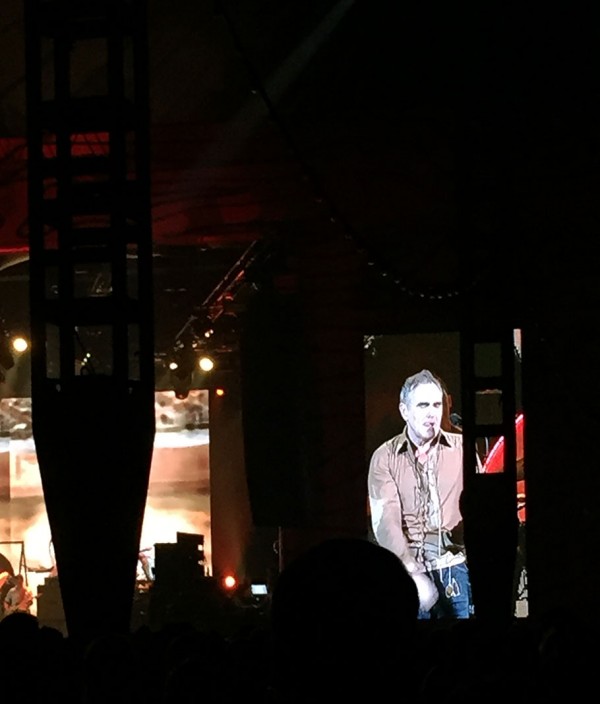