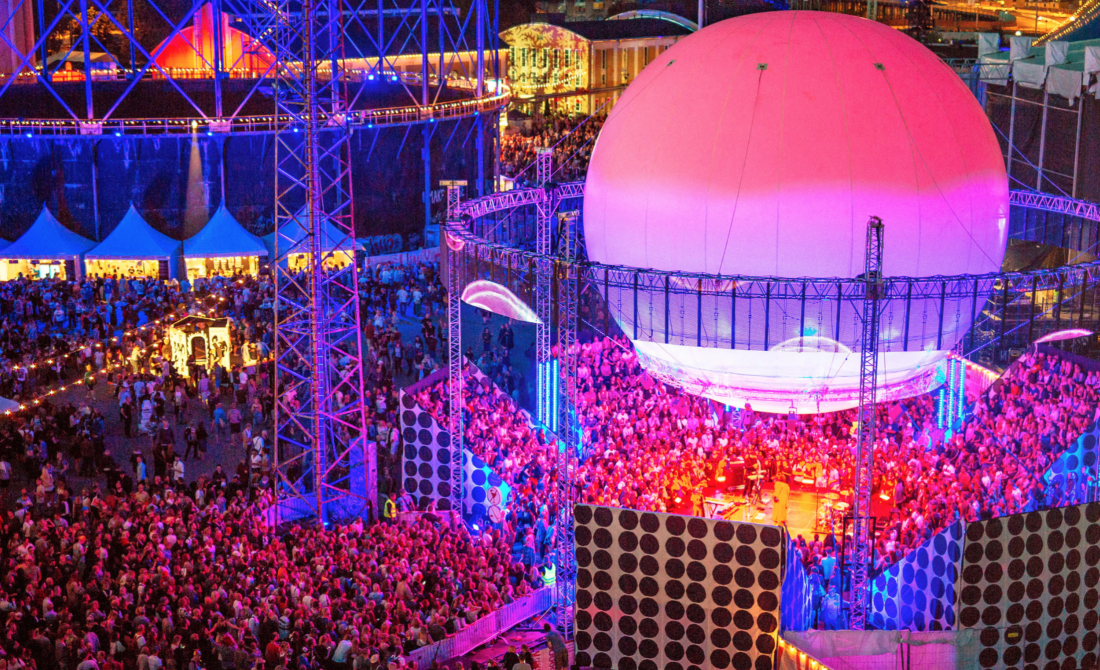 What started back in 2004 as kind of a private concert organised by Tuomas Kallio and friends for his bands Nuspirit Helsinki and The Five Corners Quintet, managed to grow within 12 years to become one of the biggest and most influential events within the European festival circus. Today Kallio and his partners Suvi Kallio und Toni Rantanen host a festival for more than 60,000 people on the site of the Suvilahti power plant every year – and somehow still manage to keep that original flow alive. He explained how, in person… 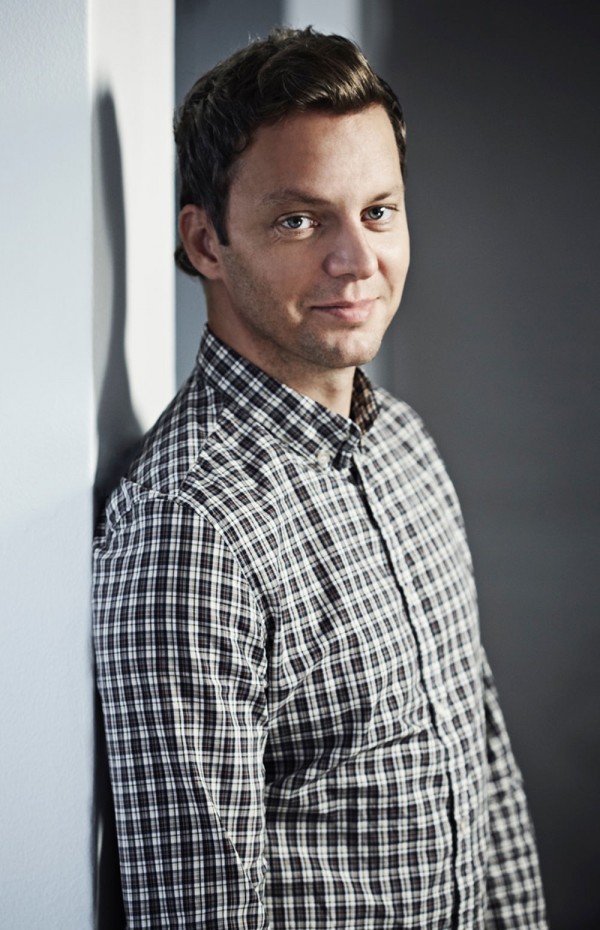 Tuomas, do you remember how Flow festival got started?
It was a sidekick for my music projects at that time. The festival was a smallish event and a platform to have our international friends and ourselves play in an event we’d love to attend ourselves. We kinda felt most music festivals were mostly quite bad in quality so decided to try and do one ourselves.

Did you have something like a master plan?
No, we didn’t really. We just kind of “went with the flow” and then kept on doing it.

So the festival is about to take place for the 12th time in 2016  and by now is one of the main ones in Europe if not the world, does this surprise you?
We just do everything – including all the small details – properly… which is not the case for too many music festivals out there. It still is the very same mindset: to create an event we would genuinely love to attend ourselves. We (the three owners of the festival) don’t really spend anytime backstage at our festival, we are there with the audience all the way through cause we don’t want to miss any minute of it. If you (the organiser of the festival) separate yourself from your audience and sit in your office backstage, in my opinion, something is not totally right.

Talking about Flow also means to talk about the very special location: an old power station. How important is the spot itself for the atmosphere?
It is very important as we feel our core business is selling an experience instead of just selling tickets for people to see music acts play. The post-industrial semi-rough area of Suvilahti is a key element and the festival area and the area production/design a definite ”headliner” for our festival each year.

Looking back on 11 years now, I wonder if  you could name the three most outstanding performances for you and why?
Sorry I honestly can´t. For me it’s a question of festival editions, I couldn’t really even name top three performances from the top of my head even for the last edition as there are so many that feel great for different reasons. I think key festival editions would be 2004 (first), 2007 (moving to Suvilahti), 2009 (stepping up in capacity) and 2011 (getting the Blue Tent in the mix for the first time, and the area about as big as it is today).

Looking at this years lineup I see a lot of great bands: Iggy Pop, Sleaford Mods, Ben Klock, Black Madonna, Holly Herndon, Jeff Mills, The Last Shadow Puppets, The Kills, New Order, Descendents, Jamie XX … quite eclectic. Do you feel that your audience gives you total freedom?
I hope so, maybe our loyal/repeating festival visitors already trust us at least to a certain extend. Our music program consists of multiple specific concepts that can feel quite long apart from each other but as a whole they kind of make sense. It’s more a question of joint values than just musical taste.

What are the five acts you are most looking forward to?
I don’t usually like to pick couple of names over others. Well, I’ll pick one for you, Anderson Paak should be awesome this year. He has something too many of these days hiphop/R&B acts don’t have… The thing I’m mostly thrilled about right now is the coming of Virtual Reality and what you can do with it in relation to music related experiences. We actually might do something with VR in 2016 too but will announce this later on.

You also have a tradition of including a lot of Finnish acts. Coming from Germany I get so much more information about your scene these days than a decade ago, but we’re still in the dark about a lot of it. Maybe you could give us a little heads-up on who to catch?
Yes there are good acts coming from Finland too, yes. Out of the acts we’ve announced so far, I could recommend you go and check out Liima (partly Danish though), Rooxx, Mikko Joensuu, View and Jaakko Eino Kalevi.

The one and only Roisin Murphy (Photo: Flow Festival, Tomi Palsa)

There will be not so much free time during the festival, but if we manage to run away a bit: which three spots should we go to in Helsinki and around Helsinki?
The sea surrounding us and the islands (for example Suomenlinna, Lonna) are great in the summer for a daytime trip. Afterhours you should check out the complex ran by our partner Toni Rantanen (Lil’ Tony) consisting of Kaiku (dj club), Kuudes Linja (live/dj club), Siltanen (bar), it’s very close to Suvilahti. If you’d like to go for a proper dinner try Baskeri & Basso in south Helsinki.

Last year saw the premiere of a Flow festival in Ljublijana: could you say something on your experiences there and about the possibility of further Flow festivals outside Finland?
Yes we are doing smaller events in many European locations but not a full-scale festival other than Helsinki in 2016. It can definitely happen when we find the right location, right market, right collaborators to do it with.

Aside from Flow, what is your favourite festival in the world?
I really loved Milan Design Week last year and how they took over almost the whole city, we cannot attend this time round unfortunately.

Tuomas, thanks so much for your time. We’re so looking forward to sharing the Flow experience with you this year.

This years edition of Flow happens between 12th and 14th of August in Helsinki. 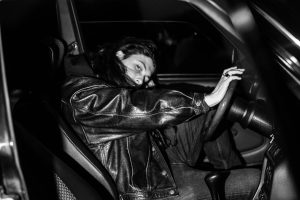 Shinoby: “It’s not a strategy, for an DIY artist like me it’s a question of surviving. “

Verona based producer Omar Contri is about to release three 12-inches back to back, each coming in w… 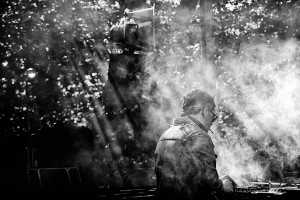