Pop is not the music I hear when I go out to a club, but pop is always the score for my fantasy of what might happen at the imaginary club I am not currently at…
In the second coming of our “Liebert Curations” – this time Genevieve Goffman wrote about the impact of Carly Rae Jepsens new record on coming of quarentine in New York. Illustration by Làszlò Antal. 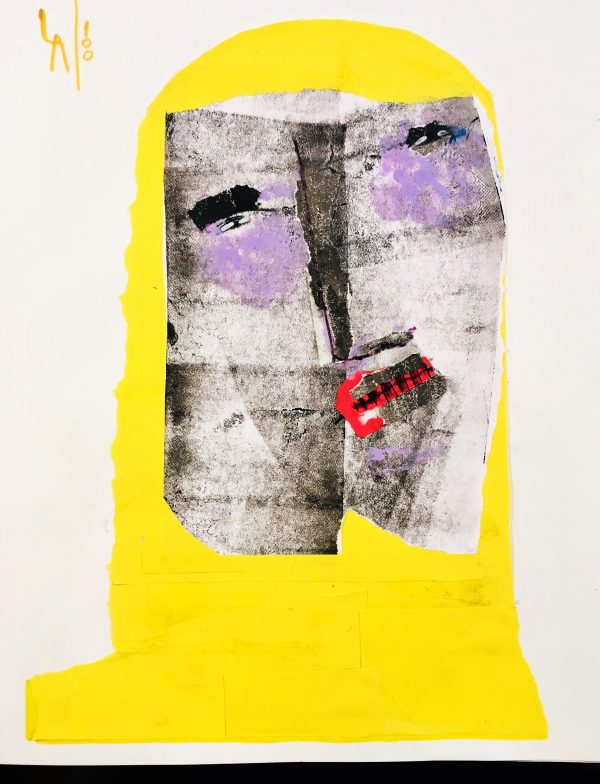 Pop describes the daydream of a night spent dancing to any of the endless and beautiful variations of techno and hip hop I do hear when I am out. Though pop has always been the music associated with gay sociality, I believe a lot of that stems from fact that sometimes by necessity queer culture has always been far more open about embracing music as proxy for or fantasy of sex and romance. I don’t remember hearing Robyn’s “Dancing On My Own” or Carly Rae Jepsen’s “I Didn’t Just Come Here to Dance” at the venue, but both song songs paint a vivid party madlib that a girl can fill in with whatever cast of characters she might want. This is why sugary pop is perfect soundtrack for a time when clubs and venues are closed.

In May I received what felt like a personal gift in the form of Carly Rae Jepsen’s Dedicated Side B. This gift felt all the more important because, unlike her Emotions B-Side, this new release received little acclaim or attention. Pop has always been private music for me: listened to alone, enjoyed in times of comfortable voluntary isolation. Whether I was walking to meet friends or riding the train alone, pop colored fantasies of the night ahead or leant a pleasant fiction to events of the previous hours.

In May, through picnics and protest, New York had just begun to re-socialize. I had moved to the city in March, to live in a friend’s apparent. I knew very few people, but I was ready to start  venturing out. Even though to be honest I only enjoyed four songs I listened to them on repeat as I wandered around re-learning how to be around strangers.

Fake Mona Lisa reminded me of a fantasy version of a past relationship that didn’t work out. It hurt, in just the right way.

“Every night I’m wearing my black in case you’re comin’ ’round
Fifty-seven days and it still feels like I’m not comin’ down
…
I was born a dreamer
And I’m still that way
Live for tomorrow or yesterday
I sent my boyfriend another song, Let’s Sort the Whole Thing Out:

I texted:  “It’s for us.”
“Aww cute,” he dutifully responded.
Did he listen? I have no idea. It doesn’t really matter. “Let’s Sort the Whole Thing Out” was for us in the sense that was for me about us.

Most importantly “Stay Away” and “Summer Love” are the quintessential, perfect Carly songs. Heartfelt, upbeat, totally vapid, and devoid of content. They are songs on which I can project any daydream I am currently nurturing.

People who stan musicians online will happily admit that they would, for instance, drink Lady Gaga’s spit out of cup or keep Charli XCX’s used tissue as a prized possession. I wouldn’t go that far for Carly, but she is about as close as it gets for me. I think in some ways the timing was just right for me to find myself alone with her music.

In my teens and early 20s I listened to punk because I thought it would make hot guys like me. It did. But I began to understand something essential about love and friendship. If someone likes you, they will just assume you have the same music taste as them. You don’t need to prep for it. As an adult woman, I don’t meet guys at concert, they don’t ask me about my music taste, and I don’t try to impress them with it, thank god.  I seduce men the traditional way, looking deep into their eyes while speaking earnestly about WWII or the history of train travel. My boyfriend and I agree about music in the sense that we agree it’s his job to play The Clips and GG Allen on road trips, and it’s my job to explain why women like Taylor Swift again.

By 2015, when Carly released Emotion, music was no longer a crucial part of my aesthetic or public persona. It was something to enjoy in moments of private fantasy. Songs like Your Type and Run Away with Me were the perfect background music to my party lust and absentminded yearning. Music was no longer how I felt like I needed to connect with the world, it was free to become private fuel as I daydreamed about romance and adventure, or nursed innocuous crushes and whatever version of broken heart I had at the time.

Most Carly stans credit Emotion B Side as the record which earned her cult status. Personally, I think it was a combination of that and Petra Collin’s Boy Problems music video. Carly’s jaw dropping mullet and inclusion in a  cast art of It Girls gave her the ultimate trump card a female pop star can earn: Bisexual Ambiguity. You can tell a girl is on the up and up when people start publishing thinkpieces about the lesbian subtext in her songs.

But for me Dedicated will always be my most listened Carly album. Unlike this summer, which was full of collective morning and rage, last summer I was attempting to recover from nine months of newly discovered shame, exhaustion and self-loathing while simultaneously trying to keep it all secret. More than ever, I needed  private and personal joy. Once again Carly filled the void, providing something that felt like it was just for me. Every song from Julien, which both described no guy I have ever known while simultaneously evoking all of them, to Too Much and Happy Not Knowing, which my half-functional brain embraced as autobiographical, provided me with the stimulation to start imagining imagining again, reminding me that half of fun was fantasizing it before hand.

It seems appropriate to me that Carly Rae-Jepsen’s break-out hit was Call Me Maybe. A song about a girl imagining a love story with a guy she has just met and knows nothing about. It includes the perfectly idiotic lyric “Before you came into my life, I missed you so bad,” and the music video solidifies itself as an ode to fantasy when her love interest turns out to be gay.  This is what pop music should be: the perfect soundtracks to your one-off daydream about an imaginary guy who would honestly probably be gay if he was real.

Genevieve Goffman is Brooklyn based artist. She was born in Washington D.C. in 1991. Her past work has focused on the Utopian and dystopian potentials of fantasy and escapism and  how the present shapes the future of culture and politics through shifting representations of the past. 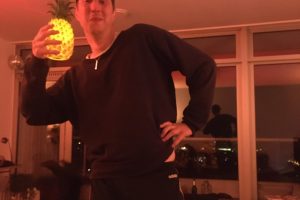 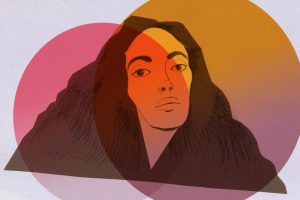 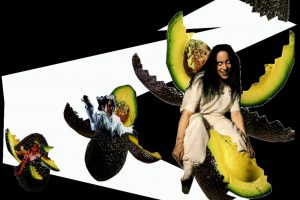