“I sold cotton candy on the corner” 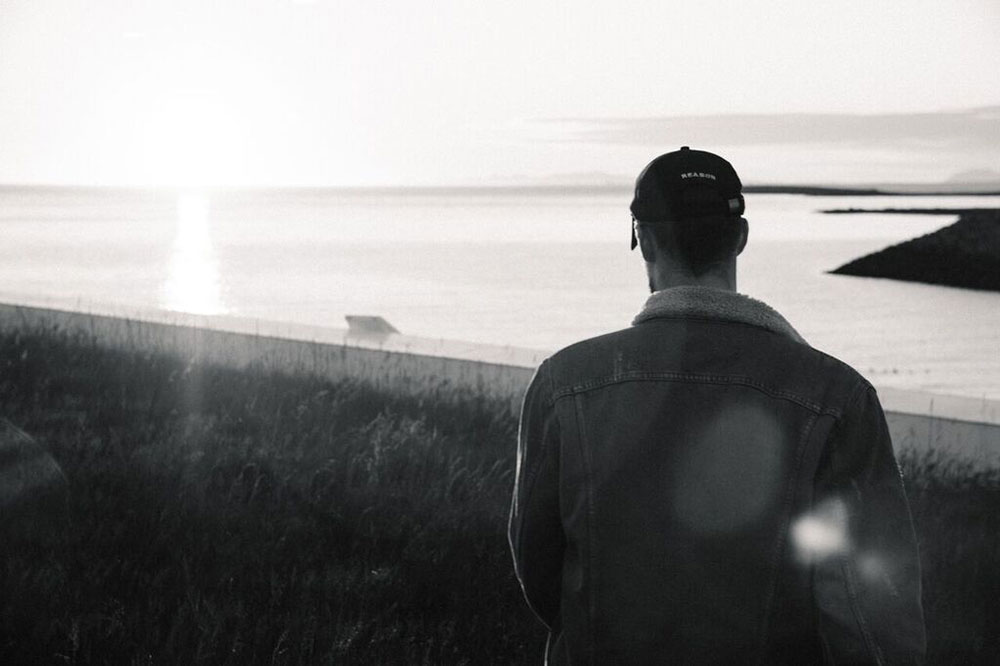 With his debut 12-inch „I Wanna Go Bang“ the Icelandic producer Bjarki landed a serious club hit last year. The track showcased all ingredients of a techno classic with its melange of sympathetic straightness and deephearted melancholy. It says a lot that Bjarki waved his hit goodbye when it came to writing down the track list for his album –did we say album? Sorry, of course we meant three albums. On ”Б”, “Lefhanded Fuqs” and“Æ”, Bjarki draws a versatile picture of himself over the distance of 41 tracks, as a musician whose ambitions reach beyond your favourite club.

Bjarki, can you remember the first time you listened to music for real – by that I mean in a way that the music was the only thing that mattered in that moment?
I can’t really think of any specific day or time that I started hearing it differently. I was hooked on all kinds of music.

And do you remember when you for the first time felt like you want to make music yourself?
I wasn’t doing good in school so I was sent by my father to attend a new school to get better at studying when I was 11. He was living in the country side in a small town. My classmate who was living next door, his older brother who was 18 was making music and I found that more interesting than playing video games so I started hanging around his older brother more. When his brother was out I used his computer and wrote my first album. I actually gave my CD to my father, and he says that he cannot find it. But I think he either lost it or just trashed it.

To what extent was the first time working on music the way you expected it?
I never took it seriously, I was just drawing pictures of skulls and houses with the MIDI piano roll within the software, then hitting play. It sounded like a total mess, leaving me screaming with laughter. Especially the speech synthesizer in fruity loops, I could enjoy hours of fun with that. Making fun of my friends by typing in their names and write whole songs about them using that tool. Mad periods.

When did you realize that there might be a chance to live your life as an artist? Or do you still mistrust that reality?
I make music for myself and if people want to buy it, I am more than happy to give them more of it. I could be making more tracks like “Bang” and play uninspiring DJ sets, throw my hands in the air and drop the bass few times. It’s just not my thing. So I might lose my job.

You have signed with Trip records, the label of Nina Kraviz. The story I heard goes like this: you walked up to her after one of her sets and gave her a USB-stick with your music. Is this correct?
Almost, it was all Exos’ fault, I’ve known him for years. Nina asked him for a track that he made some years ago to re-release on her new label. Back then I had just moved to Copenhagen when he told me about her label. That same week she was in town for a 9-hour-set. It’s really weird how all this got connected. I’ve never given anyone demos before.

Is Nina Kraviz an artist who means a lot to you and Trip records that kind of environment for your music you had in mind when you produced it?
It’s always inspiring when someone else understands your music, someone who speaks your language and when someone you don’t know can connect with the rubbish you made at home, can take it in front thousands of people and make it come to life is magical. And that´s what she does best, she knows how to deliver music in a very unique way. It’s cool to have someone that can select music for you and put it on a record so it makes sense. I wouldn’t be able to do it myself as there is just too much of it.

How is your experience working with Nina and Trip records so far?
Very good. She’s definitely one of the few who’s actually a rocking DJ and super talented artist. That’s why I signed with her and gave her access to my stuff. One of the most interesting things within the label is not only the music, but the parties that are developing. I never thought I would meet anyone with a similar vision.

Bjarki, what would you say is your musical signature? What makes a Bjarki track so special?
I heard that they play my music in elevators in Belgium.

Interesting. As you release three records in a very short time frame, your label must really believe in you – what does this realization do to you?
Good question. I’m asked for more. 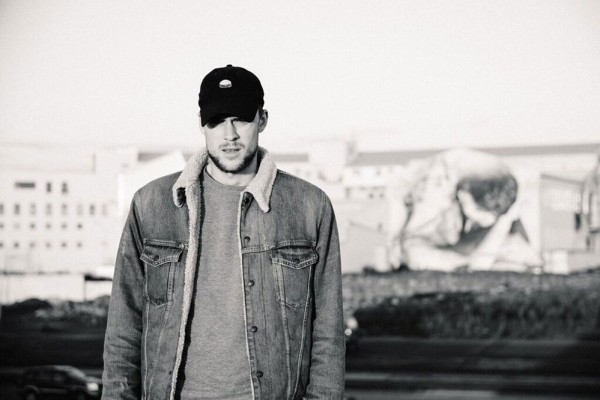 Maybe you could say a few words on the process of how these three records’ concepts came together and how you personally see the records in relation to each other.
Not really. These are random tracks from periods that somehow fit together. First one is more older and rave sounding. The second one I made only using my left hand and the third one is made with less equipment.

As the material ranges from club music to, let’s call it, atmospheric pieces in the tradition of ambient music and with cinematic forms of expression in mind – obviously you do not feel borders in the way you express as an artist. What do you think is the reason for this?
I like to make music that I haven’t heard before. I usually get bored quickly of making the same music twice.

Does it come from the fact that you started at the age of 12 and by that at an age when one is still super playful?
Yeah, when you are young you are more daring. Just not taking yourself too seriously does the trick. And make music that you are not going to show anyone. I still have loads which I’ll never show to anyone. It’s more fun that way.

And as you started working on music with both your dad and your brother, how did that sharpen your senses?
My family didn’t give much attention to my music in the past. To them it was just like a video game. How could you be making any good music on a computer anyways? My dad introduced me to classical music and my mom was into disco.

Are you somebody who is analyzing their own actions a lot anyway?
I have a lot of material and I don’t know what to do with it all, I don’t want to think about anything too much. As soon as you think about it… it’s over.

“I wanna go bang“ – one could easily think that the success did not come by surprise for you with a title like that. Did your intuition tell you „this will work?”
Nope, This track was made in 2012. Exos was the second person who heard the track and pushed me to do something with it. He was the one who strongly believed in it and told Nina about it.

You were on tour in North America a few months ago. It might be a cliché to ask something like that, but as you come from Iceland, I guess the difference of those two renditions of the electronic music scene are very huge. To start of, could you give me a picture of the electronic music scene / music you are socialized with and what these influences mean for the way you interact musically with the world now?
There is a lot of stereotype when it comes to Djs no matter where they are from. In Iceland there has never been a serious scene, it’s more easy going. I’m not a big fan of performing live as there as so many people not willing to listen to something else that isn’t in the 4 by 4 measures. There are places that I’ve been to and people were absolutely open minded and enjoying the music. I was in Miami a few days ago and my first hour was just breakbeat. Half the people left but those who stayed were true ravers and you could feel the difference. Sometimes you need to filter people out and make people a bit uncomfortable to see where you are at with the crowd and then you know where you can take them to – that’s when you can do some magic.

Also I would be interested to know which electronic music was inspiring for you?
Everything and nothing at the same time. I listen to a lot of crappy music. When I go the record store I always end up buying something terrible and annoying. I’ve been mostly inspired by people around me rather than focusing on artists. Nihilix Orphan Orchestra, Birk the Brainwash are great.

And to come back to the beginning of the question: how does it feel to carry out your music in all those different circumstances and places?
It’s getting better, I’m always a bit uncomfortable to play these days because people haven’t heard much of my music. Most of them think that I’m going to play “Bang” for two hours. I can’t do it, but I like to be able to experiment and give more of myself than what they want. I feel more honest about my work that way.

Obviously you are right now living the dream and by that I mean the life as a musician. What did you do before to earn your money?
I sold cotton candy on the corner

You are still living in Iceland. How much does your sound need the special atmosphere of the country? Or do you think you would be able to produce the same sound everywhere in the world?
I recently found a cave that I’m going to make my home for few months.