“I am sorry for being myself now. But what can I do!” 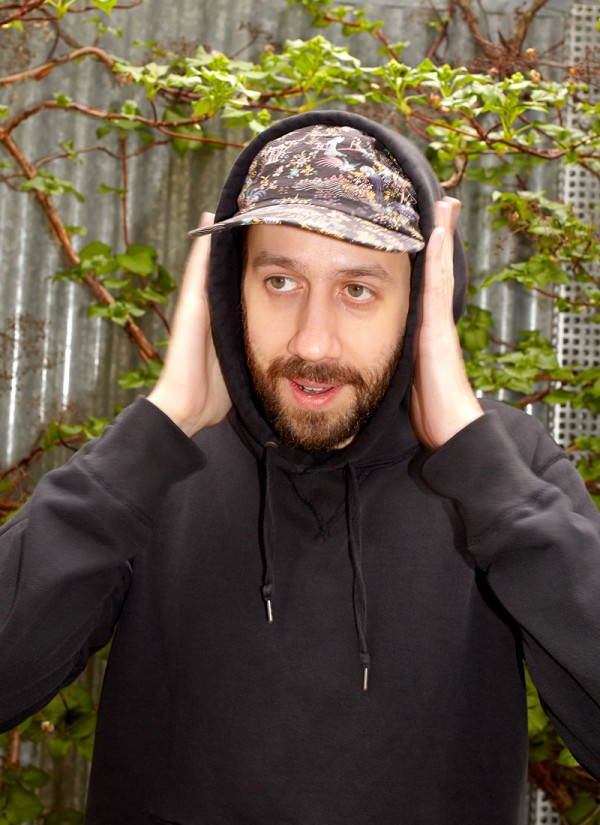 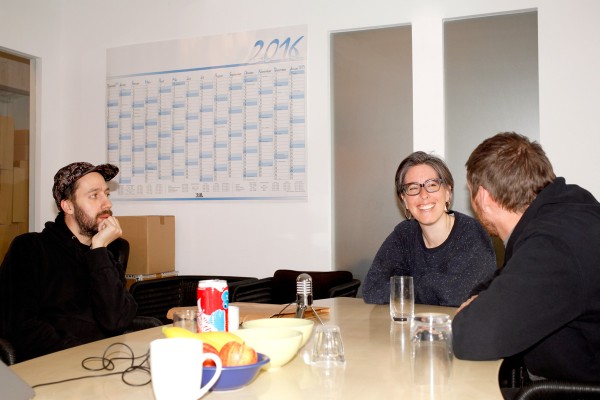 Gold Panda, birth name Derwin Schlecker, has released his third album “Good Luck And Do Your Best” on his new label City Slang these days. Known to be rather private and reclusive, Kaput set up a meeting with his old friends Till Rohmann aka Glitterbug and video artist Ronni Shendar in the Berlin offices of the label to talk about past co-operations, their respective work processes and Gold Panda’s new album, of course. Henje Richter was there to lead the talk.

The three of you hugged quite heartily when you met outside just now. How did you get to know each other, initially?

Till Rohmann: We met backstage at a festival in Amsterdam years ago, right before Derwin got on stage. Derwin is very timid before he plays and I am the same way. So we liked each other on the spot. Especially at festivals, both of us always feel like the outsiders.
Ronni Shendar: I remember that we didn’t enjoy the artist before him and were very tired at that point. We didn’t know what to expect of him on stage, and then he was so amazing!

Ronni, you worked with Derwin quite a lot after that chance meeting, right?
RS: I did the visuals for his tour. We took some LED lights and I controlled them by putting the commands directly into the open code structure at the shows. It was a lot of fun. And I made several music videos for him, including “Time Eater”, on the new album. I haven’t watched the older videos in a very long time, I have to admit.
TR: Ronni can’t watch her old material. I think it is the same for all of us: I can’t listen to my old albums anymore, and neither can Derwin.
Gold Panda: Maybe it is because I am not the same person that I was when I made the previous albums. It is embarrasing for me to listen to anything I released into the world after a while. I like it for about a year or so, but when I listen to it much later, I always wonder: ‘What was I thinking to put that stuff out there!’ 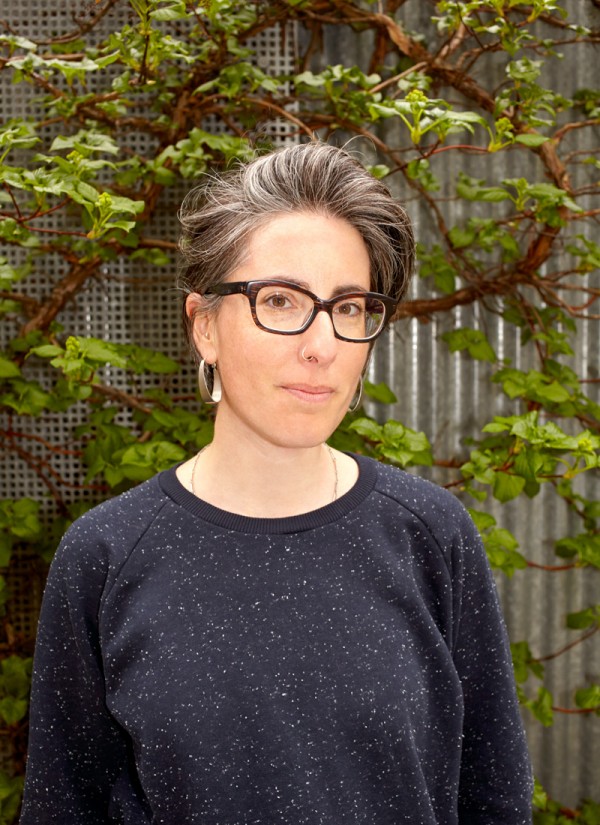 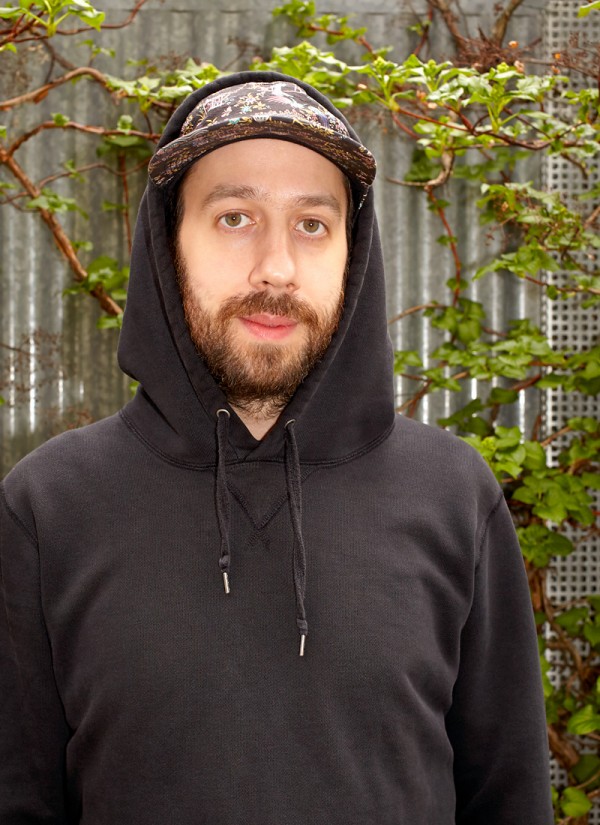 What is your work process in shooting videos for Gold Panda, Ronni?
RS: I always keep an eye out for good scenes when touring or travelling for other reasons. Shooting something on the road provides a nice bonus reason to me for being somewhere for a while. It is good to have a task just for yourself when going places.
GP: I tend to be sceptical when I see the raw material Ronni sends me, but the final product always turns out to be amazing.
TR: I can say that making those videos is not a rational process for Ronni. The three of us share a very melancholic look on the world and are not easily impressed by surfaces or appearances. We are more interested in looking behind the façades. But that means taking the time to get a feel for the place.
RS: It is a very intuitive and often quite frustrating process for me. I have no control over the way my videos turn out to be.
TR: None of us ever end up where we had planned to. There may be people who have a concept and are able to just carry it out exactly as planned, but I am not one of those people. Neither are Ronni or Derwin.
GP: I sometimes think I want to be someone else, basically. So my problem is that I recognize myself in my music: “Oh no. This is me – again.” But I learned that this is a good thing, too, because that is what makes my music unique. Noone else would make it the way I did, the moment I did it.

Derwin, your last album was a travel album. Is the same thing true for “Good Luck And Do Your Best”?
GP: No, not really. I moved from Berlin back to Essex into my grandmother’s house after my last album, and then I just stayed put. So this is more of a homely album. It is about coming to terms with your every day life, and about realizing that it is actually quite a nice life. Chelmsford, Essex, with its chain shops and parking lots all over the place may be a boring place, and it is not pretty at all. But I went to Japan a lot in the past years and always feel very inspired when I get back to England. Japan has always been my favorite retreat, because it is very calm, even when it is crazy and insane in the cities. Japanese people are very aware of each other and everyone is very polite and spends much attention to detail, minding other people’s business and trying to do everything the best way they can.

So the album is more influenced by Japan than by Chelmsford?
GP: I think it is about finding the equivalence of Chelmsford in Japan. What is boring suburbia for a Japanese person? And is there something generally enjoyable about living in suburbia, with its lack of culture and of interesting things to do out there? I still can’t answer those questions. I can say that in the videos and pictures we took, Chelmsford, as well as Japanese suburbia, looks much better than in reality. But suburbia is safe and easy, and I enjoyed that a lot.
TR: Back when Derwin was living in Berlin, we hardly saw each other, even though Ronni and I live here, too. He was always on the run. It sounds like you are much more at ease with his life these days, Derwin.
GP: I am. And I am not going to destroy that by touring a lot this time around. I am playing the US for a bit and a few festivals in Europe before doing a small regular tour in Europe. I don’t need to play a show every day just to not lose money on the tour or to raise awareness for the album. I am very glad that I don’t have to those things anymore. You haven’d played shows in a long time, Till. Don’t you want to anymore?
TR: I will play some again, eventually. But even though my last album got good press, only very few show were booked.
GP: That is happened to me as well with the last album. Were you down about that?
TR: Maybe I was a bit down. But it pushed me to ask myself where I wanted to go artistically. I am still in the middle in this process, whereas you came out of it on the other end already. 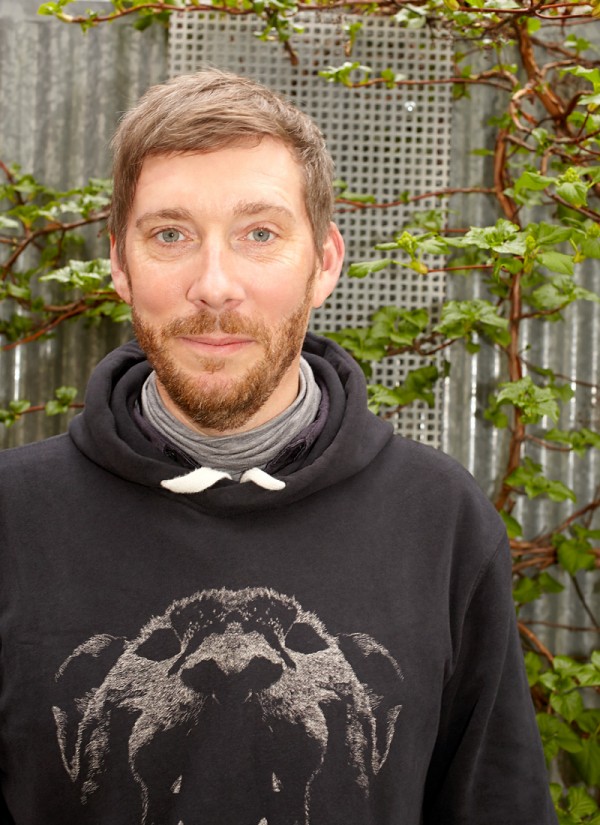 Is this process the reason you left Berlin after your last album, Derwin?
GP: I went back to England when my relationship in Berlin ended. It made me realize that after two years, it was time to move out of here. I am in another relationship now and eventually will move again. I can’t be a thirty-five year old guy living with his grandmother forever, but I feel at home there. It is a nice and easy life at my grandmother’s, so I can concentrate on my music. I think I had to leave all that extra stuff behind, stuff like gigs and airports. Ideally, I would simply make music all of the time, because that is when I am the happiest – but apparently, that is not allowed. Afterwards, I have to justify its existence through shows and interviews, or so it seems.
TR: Your new album is the most grown up Gold Panda record to date, and the least pretentious one. I think that with “Half Of Where You Live”, you tried to be someone you are not. Listening to the new album for the first time, I had tears in my eyes, because I was so happy for you.
GP: I always was embarrassed to make happy, positive music. It sounds weird, but dark and hard appears more clever and serious to most people. Producing enjoyable and memorable melodies seemed cheesy to me and it took me a long time to get comfortable with making easily accessible music. I am sorry for being myself now. But what can I do!

Derwin, you used to be very private in the past. But now your grandmother and you star in the video for “In My Car”. Is that a step out of anonymity for you?
GP: The day before we shot the video, I tried to cancel it, because I thought it would be too personal. I was embarrased to be myself and to show myself to the public. I wanted it to be about my music only, but then I realized that my music is about me too, of course. I would have loved to do a hip hop video – hang out with my crew, drive the car in a cooler way, step out of it in slow motion in front of a liquor store and maybe run away from the police. An explosion here or there would have been nice, too. Instead, we went to visit my grandfathers grave, to a musem and we had some apple pie. But it is more hip hop than I imagined, just in my very own way.

Did anything change in the production of your music since your last album?
GP: No changes there. I still start with samples and work through songs very quickly.
TR: I think gear is the least interesting topic when discussing electronic music, or music in general. There is big marketing bubble around selling expensive gear to young guys who want to be a star-DJ or the next big producer.
GP: Personally, I am less concerned with good production than with making a good song. Or at least one that I don’t hate. But it is important what you choose to produce it with, because it defines your sound palette. That is the problem with Ableton for me. It is so hard to define your sound on there, because of its many options.
RS: I think everyone finds their sound with time, even using Ableton. You find your filters and stick with them at some point. The same is true to my visual art. I have so many different lenses for my cameras and always end up using the same ones over and over again. 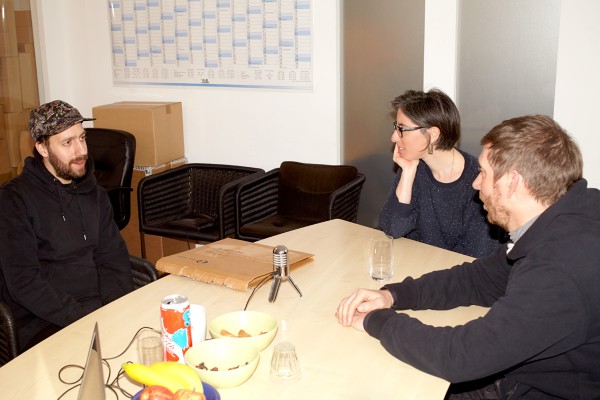 It sounds like all three of you arrived at a point where you know what works for you, and what doesn’t.
GP: I have learned that I shouldn’t make music to try to impress other people. I should simply make nice music.
TR: And we all just have to get over the embarrassment of being ourselves. 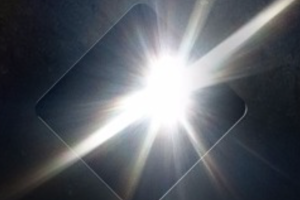 New Maxis for the Dance Floor