How „explaining” female terrorism can only fail.

Of ‘Terror Brides’ and ‘Jihadi Postergirls’ 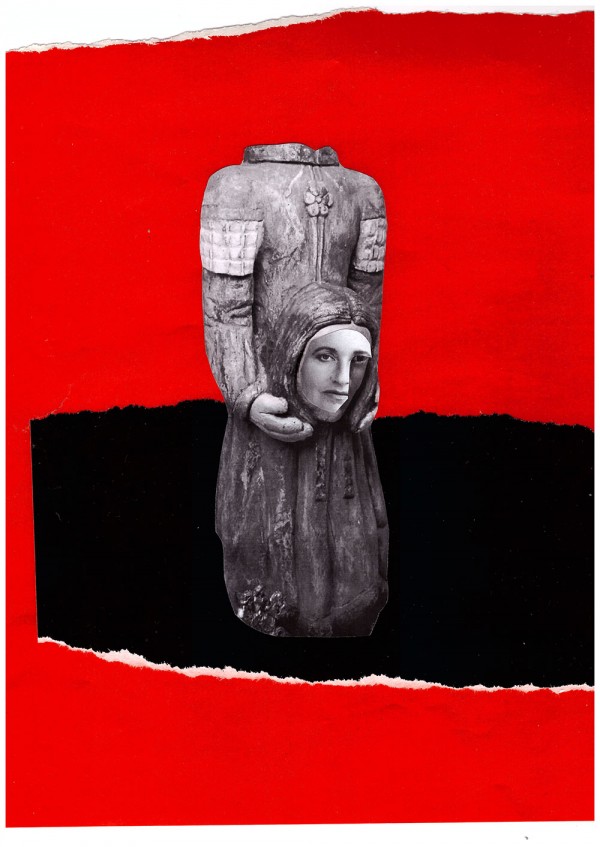 When you use the word ‘terrorism’ in front of an academic audience, at least one person will lean back in their chair in a caricature of growing irritation, slowly fold their arms, raise their eyebrows and ask, while obviously not really asking a question, which notion of terrorism it is that you’re using. Fair enough: you don’t have to be on nodding terms with Derrida’s 9/11 monologues to see how slippery, how relative the concept can be. For myself, I have an almost physical issue with writing the word ‘femininity’ without quotation marks, it all seems so potentially loaded. Perhaps some of the sneering that greets this obsessive staginess of concepts is partly justified. But then again, as you look at the world’s complexity we actually might need even bigger quotation marks for all sorts of things.

At the other extreme of course, is the temptation to over-simplify. Combine these two ideas and it gets even worse: „Why do women become terrorists?” asks German newspaper Welt on 29.7.2008, and this tiny ‘why’ managing to expose a scarily fixed view on gender roles. The Welt goes on refering to the expert Kevon Ryan: „Some do it because they are desperate, some for the money. The terror group [al-Qaida] doesn’t even abstain from abusing the mentally disabled.” The possibility that women might have made a conscious and politically motivated decision, as destructive and radical as it may be, is treated as non-existent. It is replaced by a catalogue of archetypes: The greedy one, the crazy one, the avenging mother, the seduced and the abused one.

Political scientists Laura Sjoberg and Caron E. Gentry developed a kind of stereotypology of those narratives, with three main „gender tropes” at work: violent women, they argue, are either portrayed as „mothers” (e.g. avenging their sons and husbands), as „monsters” (e.g. as manipulated or ill) or as „whores” (portrayed in a generally sexualized way). If this seems a bit theoretical at first glance, a closer look at mainstream media reveals that this, unfortunately, is indeed how they roll. At least one of those patterns is always present when it comes to female terrorists – if not all three, as in the example above. 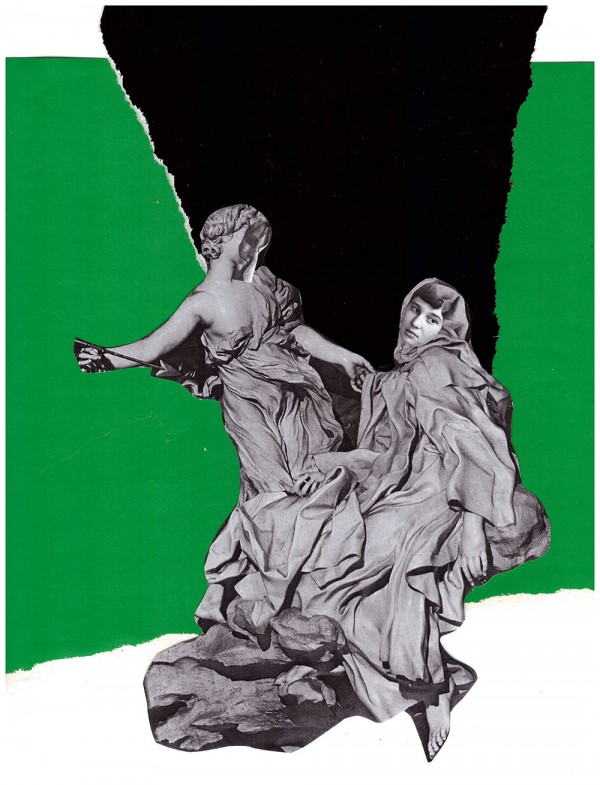 A good example is coverage of the Baader-Meinhof group, as true today as it was in the 1970s. It is often dominated by an inverted mother narrative: Ulrike Meinhof, in a common wording, „left her twins behind”, and Gudrun Ensslin, her son. That Andreas Baader also left his daughter to join the armed resistance is only mentioned very rarely – Baader, of course, is instead connected to the masculine narrative, built up as Horst Herold’s (head of the investigation team) great antagonist, with a twist that has worked in so many films before: a kind of obsessive love-hate relationship between hunter and the hunted.

Fiction, in turn, doesn’t generally function as the much-quoted ‘counter narrative’ against these recycled themes, and usually perpetuates these streamlined and clichéd character types – particularly when it comes to the German Red Army faction. At the same time, fiction (I’m grumpily refraining from quotation marks here) is perhaps the motor that feeds the media’s narrative love for Baader-Meinhof in the first place: Baader and Ensslin are framed through a Bonnie & Clyde template, conflicts between Ensslin and Meinhof as a bitch fight and clash of the queens (a mechanism that Elfriede Jelinek, in turn, ironically exaggerates in her play “Ulrike Maria Stuart”).

Fiction’s and the media’s facination with the RAF women might not be due to their embodiment of the two seemingly incongrous concepts of feminity and violence (as most analyses have it), but, to the contrary, due to the fact that so many myths function on this very combination; fiction follows fiction.

The monster narrative, understood by Sjoberg and Gentry as a construction of pathological deviance, is also prefigured in myths, from Medea to the gorgons. While the terrorists are seen through the „mother” filter fight for their family and therefore inside patriarchal patterns, the „monster” clashes with those norms – female violence that is not attachable to a narrative of motherly revenge is transferred to a discourse of illness, „portraying violent women as a product of faulty biology”.

In reality, Ulrike Meinhof’s brain went on a truly monstrous odyssey from laboratory to laboratory after it was retained after the autopsy, against her family’s will – an attempt to identify a neurological cause for her acts. Even by 2002, her brain was still supposed to be examined a final time, and of course SPIEGEL knew before the results were in: „This much is certain: The terrorist had a brain damage and her legal responsibility was diminshed”. Brain damage? Here, the discourse of illness has no psychological element, but works purely on a biological/organic one, with terminology straight out of the 19th century. 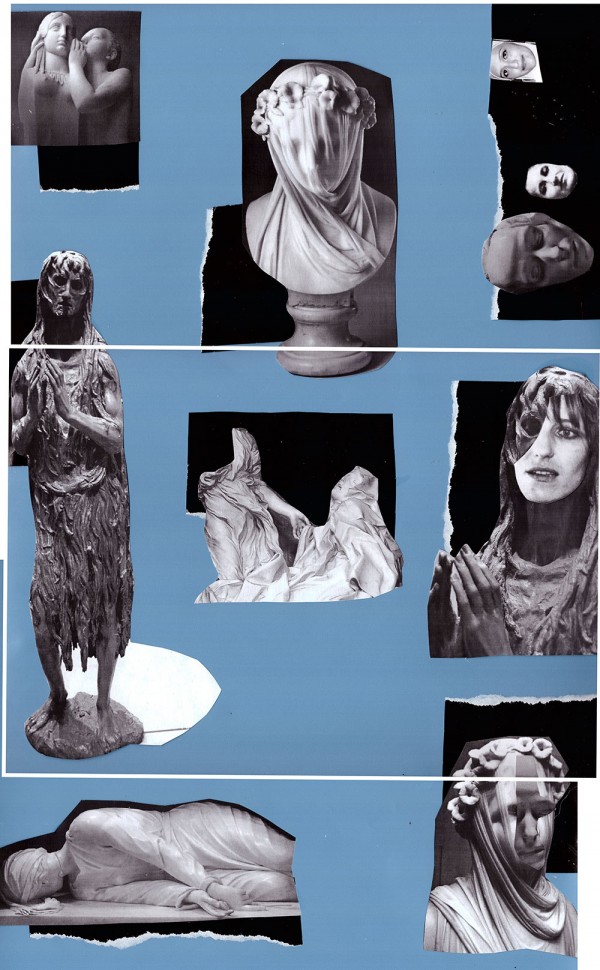 In the 21st century, nothing about this has changed dramatically – which maybe isn’t so surprising, considering the last twenty centuries. But because female terrorists in an Islamist context are not „godless, Western, white” (Don deLillo in “Falling Man”) and therefore too alien, they will probably not feature in mainstream films wallowing in the sexiness of terrorism (see “The Baader Meinhof complex”) any time soon. The female suicide bomber is frequently cast in even more clichéd patterns, the mother / monster / whore narrative enforced with Orientalist othering to make it more compatible.

The visual counterpart of this are the ubiquitous close-ups of a pair of eyes framed by black eyeliner and the black fabric of the niqab – or maybe it’s always the same stock photo that is used. „SHE OPENED HER ROBES AND BLEW HERSELF UP“, an eyewitness of a sucide attack in Bakuuba, Iraq, is quoted by Welt in a Caps Lock subheading underneath one of those photos. Cross-check: It would not be emphasised in the same way even if „he“ had „opened his robes“; „he“ would just „blow himself up“. That said, reports of male suicide bombings are also pimped up with sexual undertones: „He“ would, of course, be thinking of the numerous virgins awaiting him in paradise. This combination of a sexual narrative with the presumption of a deeply irrational, naive religiosity is clearly a projection from outside. Quite apart from the fact that suicide bombers themselves never seem to mention the ominous virgins in their video messages, they might be a translation error anyway: Qu’ranic Studies scholar Christoph Luxenberg argues that, read as Syro-Aramaic instead of Arabic (which apparently makes more sense), the ‘virgins’ awaiting the martyr are actually white grapes, symbolizing all sorts of delicacies. With regard to female suicide bombers, no-one talks about the virgins anyway, be they virgins or grapes: Women cannot think of other women, obviously, because Jihad has to be heterosexual.

Combinations of ‘mother’ and ‘whore’ patterns are also popular when it comes to the European teenagers who run away to join ISIS as „jihadi brides” (ZDF report, October 2014). „Is the Jihad Postergirl Dead – or Pregnant?” wonders Welt on 17.9.2014, caring as always. The political scientist Thomas Schmidinger consulted as the mighty explainer in this case does not know, but of course he knows best what „makes jihad attractive even for girls: It satisfies their yearning for ‘real men’ who carry weapons and use them.”

Meanwhile, the ZDF report frantically cuts from the gates of a Scottish school to men clad in black, marching somewhere in the desert, to the eyeliner eyes above the Niqab. This is about British teenager Aksa Mahmood, who grew up „with all the freedoms that life in the West can offer Muslims”, as the male voice-over explains, but then was „massively brainwashed” and is now blogging from Syria. Reports like this tend to emphasise that ‘our girls’ don’t just join ISIS, they go to marry a fighter – or to offer themselves as ‘sex slaves’, which doesn’t seem to make a difference in the realm of the barbaric. „We are only telling it like it is”, the explainers of this world will argue. But think again, state TV raising unconstitutional taxes in the name of an ‘educational mandate’: The slightly seedy connotation of „bride” in itself already marks an Orientalist othering, with the plural making it even more harem-like. Cross-checking: No, it wouldn’t be „the CEO brides” – those are all wives. (Ulrike Meinhof is, according to a book of the same title, a „bride of nothingness”, by the way.) 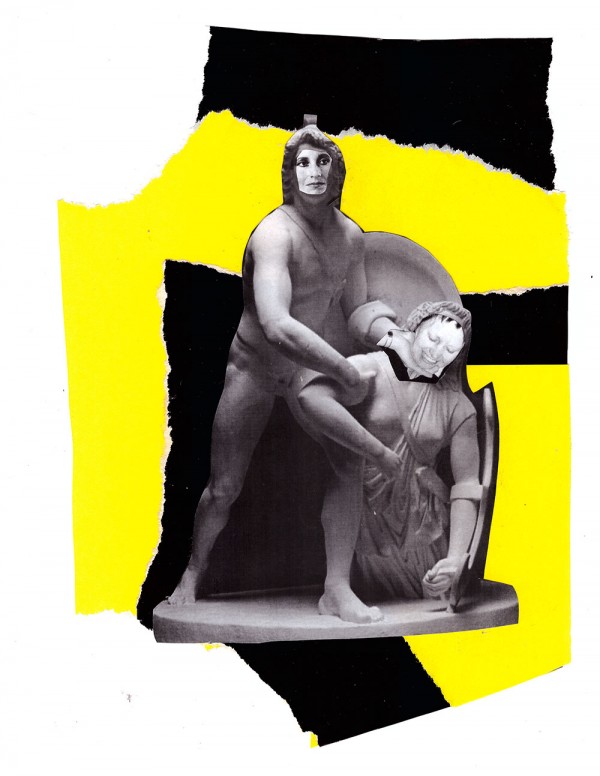 So, „why do women become terrorists?” The answer should be very simple: because they are as stupid or desperate or deluded as men. Because they believe, like men, to be able to push their political goals with violent means. Or are looking, like men, for ideological ties and protection in their struggling home country. There are many reasons why people become terrorists or join terrorist groups – but they are still guilty and responsible. This is exactly what women are denied in the master narratives of explanation. While a female perpetrator is exposed, villified and crystallised into an image, she is re-written as a victim at the same time. And in some cases, she might of course be one – in just the same way a man may be indoctrinated and instrumentalised.

Which is stating the obvious – or at least should be obvious, in theory.

The complexity of every life may defy representation and sometimes necessarily form into stories, but the simplistic reduction into recurring narrative patterns is a cheap journalistic mechanism. Sexism is still sexism, even when it works as a form of sedative against incomprehensible acts, explained by explainers, those brides of violent simplification. 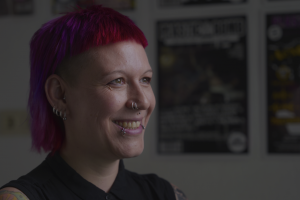 Ronja Schwikowski came to Duisburg from Lower Bavaria. Just because of Punk. She now runs a mailorde…