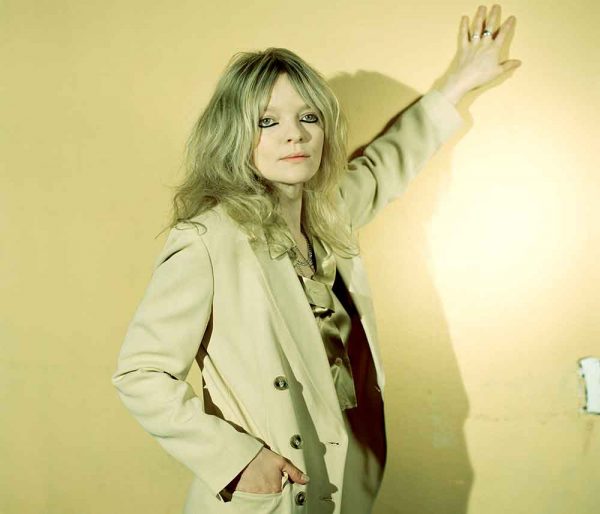 Jessica Pratt has the reputation of being a slightly enraptured folk elf – and yes, that’s right, the first two records of the musician, born in 1987 in San Francisco, are fragile, delicate works of art, which make you go completely quiet so as not to disturb the songs. But nothing is more burdensome than a clichéd label, and Jessica Pratt does not like restrictive categories at all, more on that later. Though her new album “Quiet Signs” – see title – also indulges in rather quiet regions, Pratt has done a lot in terms of production and expanding her own spectrum.

For the first time ever, Jessica went into a “real” studio after recording her debut and second album “On Your Own Love Again” alone at her home: The songs on “Quiet Signs” were mostly written in Los Angeles and recorded at Gary’s Electric Studio in Brooklyn, NYC. Co-producer Al Carlson and friend Matt McDermott accompany the songs with flute, organ, synthesizer, and piano, which enriches the sound and gives enough room for Pratt’s penchant for airy but detailed 60s arrangements.

“Quiet Signs” is, of course, not a loud, flashy album – rather a gentle revolution, a timeless (more on that later too), creative marvel that has hardly anything to do with folk.

I love the light, ethereal 60’s-feeling of your new songs! Was that something you’ve intended?
Jessica Pratt: I generally never begin writing with a preconceived notion of how things will turn out. Even when I want to shoot for something specific, what I produce is always wildly different. Also, as working in a studio was foreign to me, I had even less of a grasp of how things would turn out. I do, however, love so much music from the 1960s/70s and I’m sure there’s some amount of influence there.

Do you have distinctive favorite musicians/bands/records from that time?
Lots. I was listening to many singers from around that time period when I was working on the record; Laura Nyro, Burt Bacharach/Dionne Warwick, Scott Walker, Todd Rundgren, Love, Robert Wyatt, Nina Simone. And a bunch of odds n ends, some more esoteric stuff, one-offs by some obscure artist from a long time ago, etc.

And your favorite current music?
I don’t keep up with all the new stuff as much as I should. I’m a fan of Destroyer, and I like this recent album by a guy called Jackson MacIntosh called “My Dark Side”.

What has changed during the last four years since your record “On Your Own Love Again” concerning the way you are working, composing, writing lyrics?
I’m not sure I know entirely. I think I’ve certainly matured, as a person, and in my approach to writing. The place I was in mentally when I was making OYOLA (note: JP herself abbreviates the album title) was not the healthiest, I guess. I was pretty isolated and dealing with many changes in my life, so I was going about things in a rather automatic way. I actually can’t remember many individual moments of writing the last one. It came out of me with a bang in a fairly short period of time.
The approach to the new record differed in that I was so much more present. I do think it’s necessary to keep one foot in the next world while actually playing and writing music, so there is a sort of amnesia that sets in after you’ve written something. You try to retrace your steps to pinpoint exactly where the melody ripened, but it’s mostly a blur. But I’d say this time it was more a balance of that reflexive, instinctual side and a considered, systematic approach.

Do you think that the surroundings/city/place can create a certain sound? (For example: Recently I was talking to New York band Public Practice who have a very angular post-punk-appeal – which they blame on coming from Manhattan).
This is something I’ve considered a lot in the last year. I think it would be impossible for there not to be some degree of influence, though in this particular instance I struggle to identify exactly what that influence is. I’ve always had a knack for zeroing in on the right creative headspace regardless of where I am, as long as I’m comfortable and stationary for a given period of time. I don’t think the music that I make is coming from the same material realm that I live in, so, sometimes I feel it’s a bit immune to changes in environment.

Your current interview for the American Rolling Stone is titled “Jessica Pratt Lets the World In” – would you agree with that line? And how was it before that?
I think it’s a fitting phrase given what I discussed with that journalist. The title touches on my transition from total solitary creation to working in a slightly more collaborative manner, even, for instance, recording with an engineer present. I think the experience of working with two other people on this new record has allowed me to entertain working more collaboratively in the future. 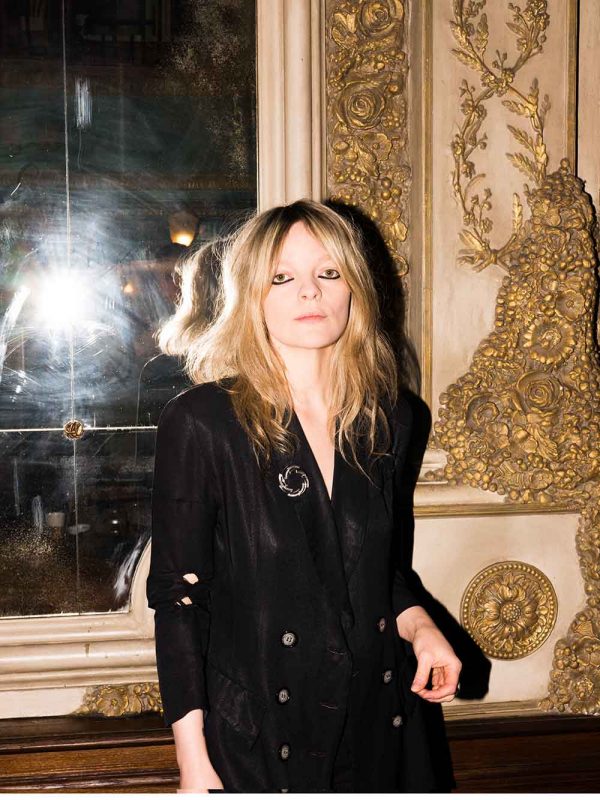 Your music is “not fashionable” in the best sense of the word – or should I rather say “timeless”? What do you prefer?
Timelessness is a real achievement in my eyes, and I’m always so flattered when people describe my music this way. Many of the people I consider to be the greatest composers or songwriters, make music with a timeless feel, but it isn’t always so black and white. A song or sound can feel out of step with reality in many ways.

There is a song on your new record called “Opening Night“. Is it influenced by John Cassavete’s movie?
This was the last song I titled, I think. I’d gone to see this film in the cinema when I’d first started writing, and it rolled around in the back of my brain for many months. It was already a favorite film of mine, but sometimes the big screen experience can have a different impact. When Matt (McDermott, my partner, who wrote the piece) played me this piano piece, which is an interpretation of the melody of “As the World Turns” (the second song on the record) it called to mind a sort of large rehearsal space or a room in a big theater, and I was whisked back to some of the visuals of that film. When I saw the movie in the cinema, I was coming out of a long period of personal conflict, and I felt some connection to Myrtle’s on-screen battle with her own personal demons.

Are there further movie or literature references in your songs that I might have missed? Ok, you don’t have to answer that if you don’t want to, the listeners can figure that out themselves.
It’s possible! Sometimes they sneak in. I can’t think of any off the top of my head, but sometimes you recognize these things in retrospect.

You once said that you don’t like being called a folk musician. Why?
I think I said something akin to this in my second interview ever back in 2012 or 2013. It was mostly a response to a couple of comparisons to certain very traditional folk artists. I’m not bothered by being associated with folk music, though I don’t think my music is tethered to just that genre. It’s not something I dwell on. 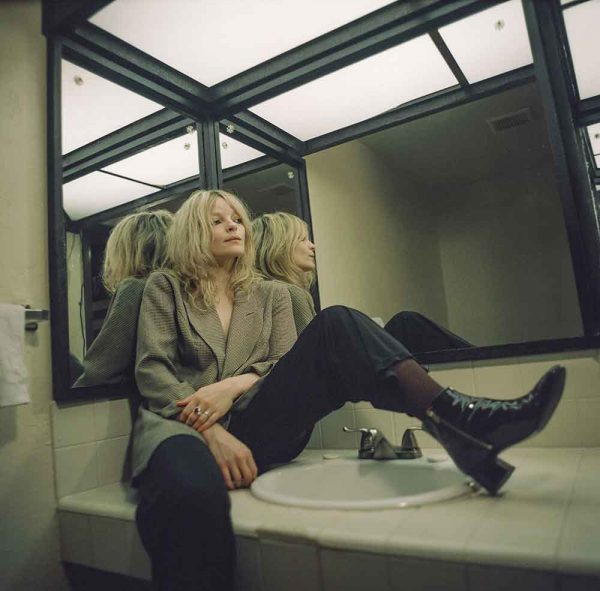 As you mentioned before: ”Quiet Signs” is your first record made in a “real” studio. Did the way of producing influence your way of composing?
The writing and recording of Quiet Signs occurred in such different places. My writing process was more or less the same as it always has been; at home, very private. There was very little adjustment of song structure in the studio, but I do think the ability to hear myself so well, without interruption, allowed me to experiment with the subtler textures of my voice and guitar playing.

You were on tour with Kurt Vile recently. Do you like being on the road and playing live?
Performing is very necessary. Through repetition I come to understand the songs in a way I wouldn’t have before. You’re able to explore the dynamics of a song, to really sit inside the music and see it from many different angles. I think, in turn, this improves your craft and musicianship. It can prove challenging when your music is of a certain emotional nature as you’re required to immerse yourself in it night after night. It can take a psychic toll if abused. But I’m careful now to avoid playing beyond my limits. It’s also very rewarding to share your own “sacred” musical space with a collaborator.

Do you watch the other band (for example Kurt) when you’re on tour together? Or do you prefer to go backstage and have a rest?
It varies. It’s rare to be able to watch the entire set, no matter if you are a headliner or an opener. By the end, though, you’ve generally experienced the set pretty thoroughly, absorbing it night by night.

Did you ever experience being discriminated because of being a female musician with a guitar? People saying something like “Oh, she’s quite good for a girl!”
Actually, I’ve been pretty lucky in this regard. I haven’t experienced much of this, or at least I haven’t been aware of it in any real way beyond your typical, everyday misogyny. 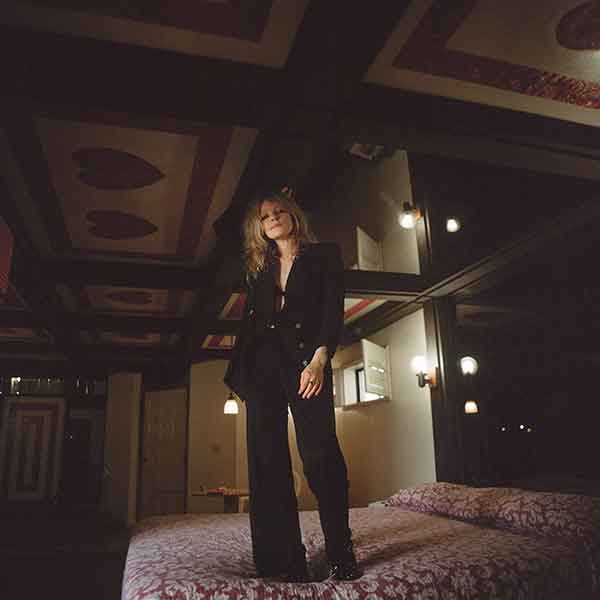 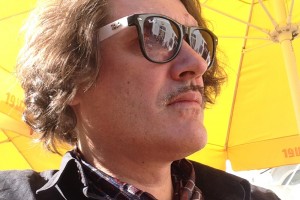 „As a band you can’t just chase the money. That would be a trap.“ 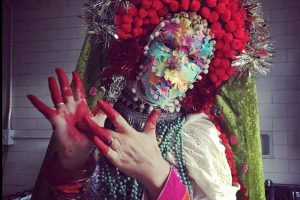