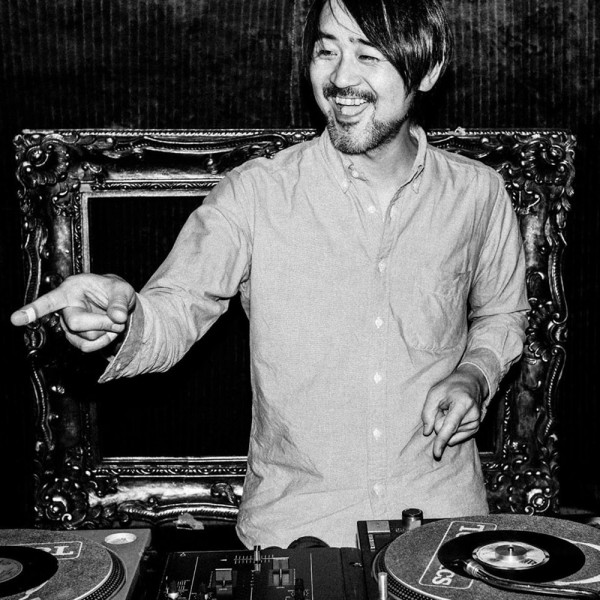 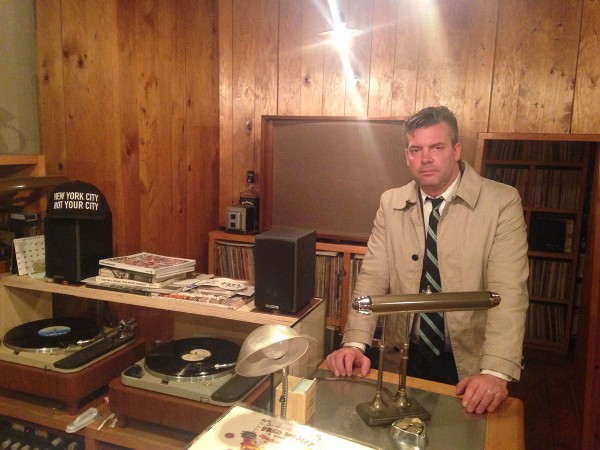 An Interview with the Tokyo based producer, Dj and Beatcafe-host Katoman by John Stanier.

John Stanier: What the fuck is Cheesewave?
Katoman: Cheesewave is the greatest music ever, produced between 1979 and 1986.
Period.

Why is that?
To me the reason why Cheesewave era is mostly between 1979 and 1986 is because the synths and rhythm machines were way more cheap sounding back then as well as being inexpensive so that everyone could get them.
All those Roland machines like the 808, the 707s and the cheesy keyboard sounds, the Linn Drum… this to me is the 80s. 1986 the sound totally changed in music! To understand that right, I have to explain why that year is so interesting to me – and maybe also for other people.
If we look at popular music, it was such a big thing when Jimmy Jam & Terry Lewis produced and released Janet Jackson mega hit album “Control”. So many artists wanted that sound, wanted their production after that album.
Another important release was „Parade“ from Prince with its stripped down minimal funk sound. It was the year many underground bands and underground music genre broke through into popular music. I am talking about the take over of Hiphop (with a label like Def Jam and artists like Run DMC and Beastie Boys), Metal (with acts like Metallica, Slayer and Megadeth – Van Halen featured keyboard sounds on their album „5150“ and many other HR/Metal bands followed and also included Synth-Guitars.), Alternative (Think of REM, The Smiths, Depeche Mode, The Cure) and also House Music (with J.M. Silk, Marshall Jefferson and Mr Fingers). Popular music had more variety back then than ever before.
Please remember which music was released in 1987: Michael Jackson “Bad”, Def Leppard “Hysteria”, Prince “Sign O The Times” – Bruce Springsteen, Bryan Adams, U2, they all went introspective and darker sound. All in all there was a huge difference of popular music between 1986 and 1987. 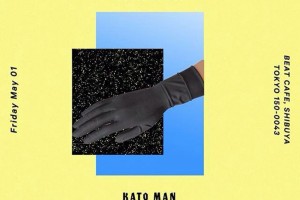 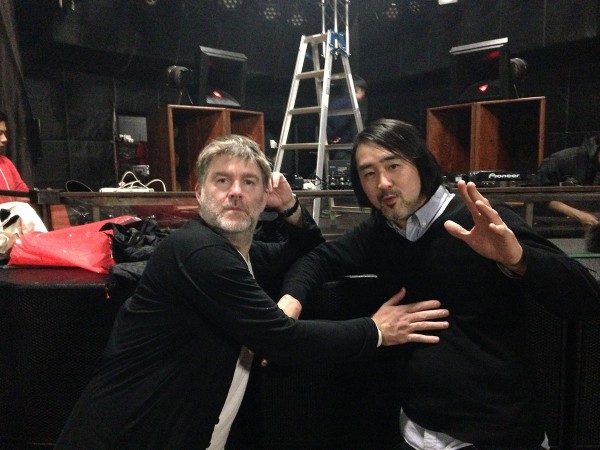 It’s interesting because the music that came out during the 80’s was some of the best music ever released. At the same time some of the absolute worst music was released during this period. I agree with you that a major reason for this was the massive amount of new technology that was introduced in a very short condensed time, you had this quality clash going on.
From Mid 80’s to Early 90’s in “bubble period” Japan was more than just music. The economy was so good that many people had extra money to spend on MTV, terrible clothes and even more terrible haircuts.

What did that mean regarding the music we talk about here, the Cheesewave?
First of: there is no irony, no guilty pleasure involved when I talk about cheesy music. It stands for respect and simple fun. For me cheesy works well to describe that era.

How did the Cheesewave Movement and by that the Cheesewave Parties begin?
My friend Michio Kihara and I started making music together under the project name I Am Tokyo, You Are Osaka, which technically was the beginning of the Cheesewave Movement in 2008. Later on, from 2010 on, me, Michio and our friends Troy Shelton, Hoshio Shinohara, Justin aka DJ Dandy,Thom O’Brien and Sugi Kinfolk threw the first Cheesewave parties under names like “Drunk Girls”, “Hi Girls”, “Cheesewave High” or “Cheesewave Church” at Echo Shibuya and Beatcafe. I made a basic rule for this party: Cheesewave DJs only spin 7inch vinyl. There’s no irony, no guilty pleasure, just simple fun. The PR schtick would be: “Come Dancing Party All Night Long”

For someone who is not familiar with Cheesewave it would seem like all you have to do is play Journey “Don’t Stop Believing” or Kenny Loggins “Footloose” and all of a sudden you have tapped into it, but there is much more to it than that. Explain the difference between good cheese and bad cheese.
Cheese is cheese and bad cheese is still cheese. There are many different kinds of cheese. Smelly one… 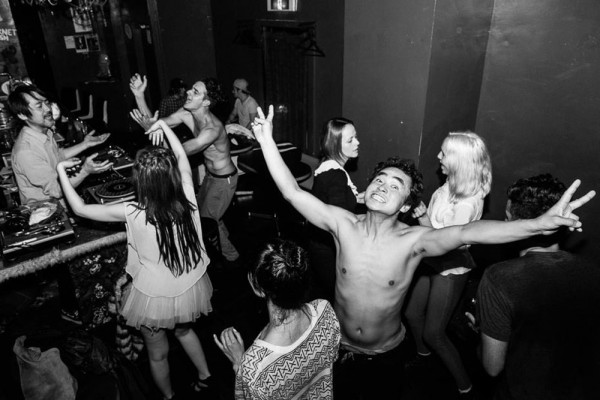 Like in France?
Yes. So many different kinds of cheese. Some are cheesy and some are just plain old cheese.

So there’s “cheese” and “cheesy”? What is obvious “cheesy” to you? Cyndi Lauper?
Ah, many people have different cheese experiences. I am very interested in the difference between European and US Cheesewave Music.

Huh?
“Hit wise” there is a big difference. Every country has different pop music – some songs are big in certain countries and they are not in others. There is no explanation for this, but every country has it’s own cheese. Mega hits and one hit wonders are the back bone of the Cheesewave Movement.

I’ve known you for over 25 years now and you are one of the most musically informed people I’ve ever met, a walking encyclopedia of music, good and bad. This is one reason you are such an amazing DJ – you also know which BAD music to play, which is an art in and of itself. Another amazing talent you have is that you find the “one disco song” from all kinds of unassuming artists. My favorite is when you play the Roy Orbison one: „Easy Way Out“.
On her “Welcome Home” album Carole King has a boogie song called “Disco Tech”. Or take „Here Comes The Night“ from the Beach Boys, „Why“ from Carly Simon, „Get It Up“ from Ronnie Milsap, even The Grateful Dead have with „Shakedown Street“ a disco track in their repertoire.

So you’re saying Ronnie Milsap is “Cheesewave”?
Yes. Only a few songs. 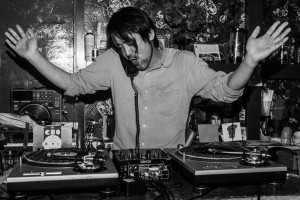 Wow. Ok.
Cheese must be good, but bad, but good but bad good bad.

All at the same time…
Hai! 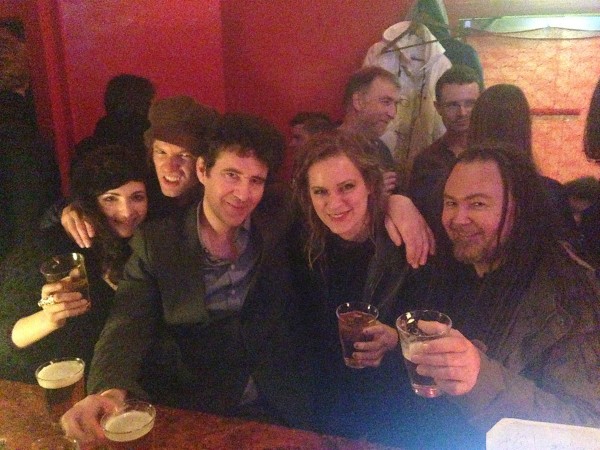 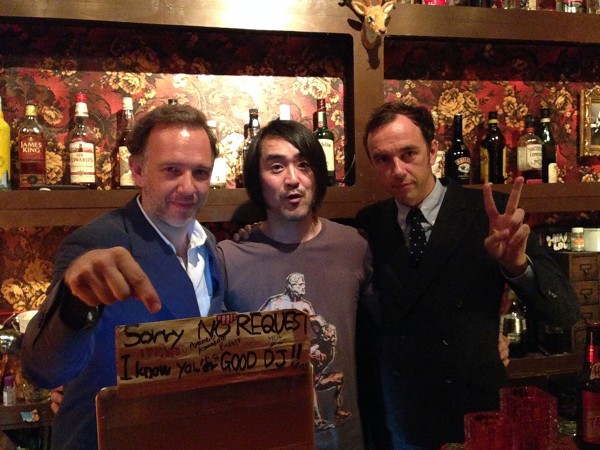 Katoman, you host most of the after-show parties for the big indie concerts in Tokyo. Like Franz Ferdinand celebrating at Beatcafe. How did that happen? And how do they react to Cheesewave music?
My friends tell their friends about Beatcafe. From there, things developed naturally and some bands / artists asked us to run an after-parties for them and DJ for them. Many people love “Cheesewave”. They are curious and enjoy it.

Is there Japanese cheese?
Japan has a lot of great Japanese producers and musicians. My personal king of Cheese is Kyohei Tsutsumi. He’s genius! He has had so many mega hit songs from the 70’s till now. I also love Tatsuro Yamashita, Yumi Arai, Kitaro, Ryudo Uzaki, Tetsuji Hayashi, Yoshitaka Minami and of course the three genius guys from Yellow Magic Orchestra: (Haruomi Hosono, Ryuichi Sakamoto and Yukihiro Takahashi) – all of them are examples of Japanese cheese.

What is the secret of the Cheesewave Movement?
Much of the the music I play comes from the same musicians and the same producers,   many select songwriters.

So you’re saying that in the 80’s there was a cheese “society”?
You had producers like Trevor Horn and JellyBean as well as so many cheese session musicians. And you had Phil Collins.

So Phil Collins would be on the Cheese Board of Directors?
Yes. He is iconic cheese, he ruled the world. It’s so easy to recognise his sound, just like Band Aid “Do They Know It’s Christmas?”.

Katoman, thanks so much for sharing all this Cheesewave-knowledge with us. Do you mind me asking about a little Cheesewave-Playlist?
Not at all. My pleasure. 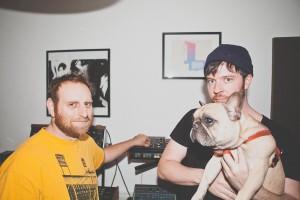 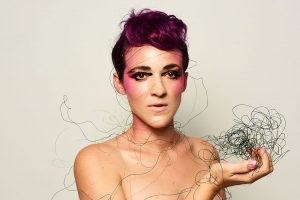 There are certain struggles that women face in the music industry that men see much less of, and thi… 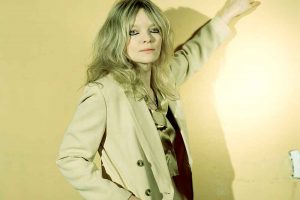