Cristian Vogel: “I can’t see the future, I can’t tell you how it´s going to change – but it must change.” 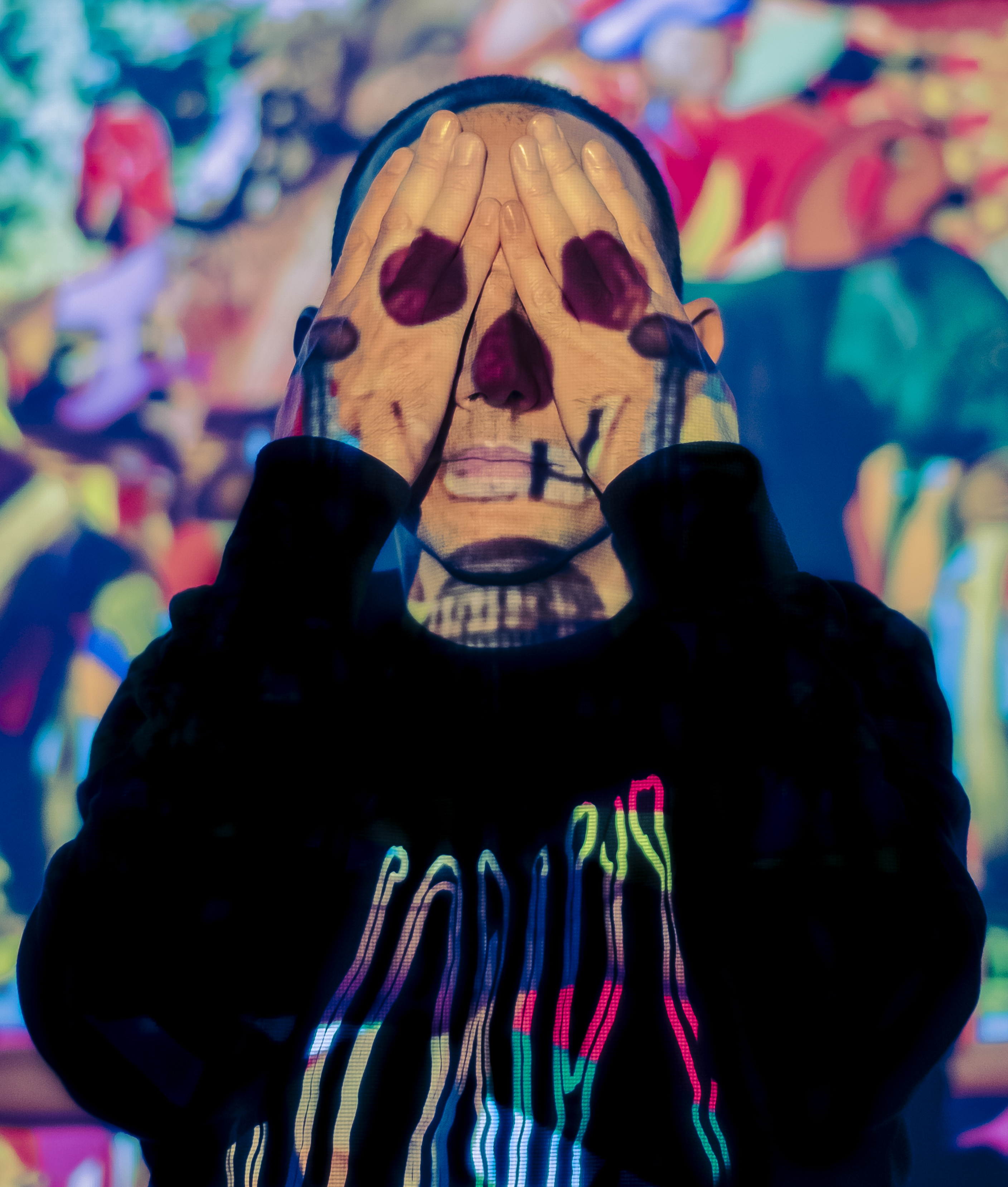 Cristian, first off: I really enjoyed your new album „The Rebirth of Wonky“ a lot, such a vibrant and stimulating record it is. It is actually your 25th album. Can you say some words what this mile stone means for you?

Thank you for the kind words about the new album. Well, actually that figure 25 is probably more. I didn’t really count the download only releases, or cassettes or collaborations, or the vinyl only EPs from the nineties or my spatial composition works. So in a way, it was more of a signal directed at today’s electronic music seekers – if they have just discovered *my* music, there’s plenty more to discover. TBH, I’m impressed that the younger generation even know what an album is these days!

I try to live in the moment, so I don’t like to consider the past in a regretful way. But, as you’ve asked – I wish that #MusicCareerPoverty didn’t end up being the norm for so long after the mp3 was invented. On the other hand, the prevalence of streaming music instead of CDs or FM Radio, being played in the background in bars, shops and hairdressers etc broadened the scope of what can be heard in everyday places, on average. That’s the best I can come up with right now. “Muzak” did not end up being ‘a thing’ thank goodness.

Last year or is it already two years ago, you went public with complaining about your personal state of economics as an artist as much as by that opening a bigger field of discussuion. You layed out how difficult it is even for you as an established artist to get bookings these days and that the income of the sales is let’s say it this way sub optimal. I totally hear your diagnostic here – but how can this be changed? A questions even more dramatically of importance in our covid-19 state of the world and for the cultural paths when clubs and festivals and social gatherings are coming back. So again: what’s the way to go and how?

Music careers were already barely sustainable for the huge majority of those who have pursued a long term, music-related profession. There is no clear cut tenure path or promotion path as a music creator. The overall situation has been going downwards for at least the last 10 years I would say. Now the pandemic seems to have dealt a heavy blow to an already exhausted community. I can’t see the future, I can’t tell you how it´s going to change – but it must change.

I was hoping that a grass-roots movement highlighting the inequality and exploitation of musicians and sound artists might get enough traction given the current climate of awareness towards the silent suffering of many communities. The global music community *is* a working community, not an industry – and it is a sector that suffers from disproportionately high mental health issues, suicide and poverty relating to the failings of disfunctional systems who claim to be protecting the concept of natural copyright, or establishing clear provenance for royalties or claim to be building artistic music careers. That is just not true. I’m talking about collecting societies, cultural funds, streaming platforms and promoters. I don’t think its fair to rely almost entirely on ‘fan-funding’ or ‘fan-network’ models to save the day. I think cultural foundations – private and state – need to be better directed towards supporting long term, international music careers through these decades of hardship. Let’s see what happens next – current interesting trends (NFT etc) could be very disruptive to the status quo. 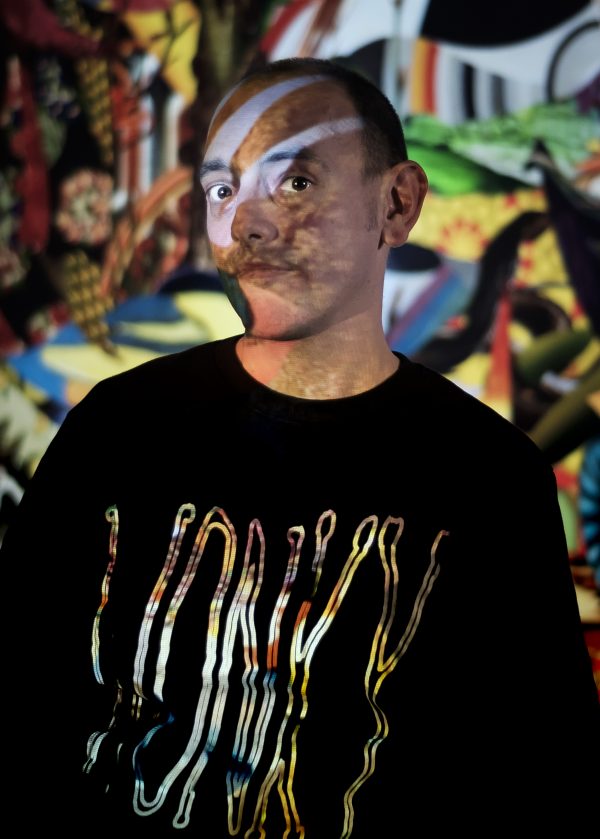 Looking back in your career, your releases came out on some of the most important electronic music labels out there: Mille Plateaux, Tresor, Novamute, Shitkatapult and Sub Rosa. In connection to the question before I wonder if that helps the back catalogue to stay in business. Are you still seeing that younger people, who are kinda new in the electronic music biotope, are checking out your old records? Do you still generate some income from that? (your social media comments suggest different)

Right now, if someone wants to check out my back catalogue the best place is to listen for free on my Bandcamp page and then consider buying something. Not all the music is there, and may not be there for much longer – but its the most direct way for now. I just can’t afford to take legal action against exploitative parties who continue to absorb the meagre streams from the recordings – without valid contracts in place. It’s been years and years that they’ve been doing that.

Also, the other labels you mention – even though we are on relatively friendly terms – have failed to recoup any monies that would pay me as the author of the music. That old record label model always recoups label costs first, and that is a shady shade of opaque and so it could take decades. Labels tend to go out of business before many of their catalogue has recouped and then the music is just out there in the wild with no provenance route leading back to the artist.
Kids – don’t sign split deals with any label brands, don’t sign any contracts in fact. labels as they used to be, were a largely unfair arrangement and not something we need to continue with anymore. I don’t work like that on my label Endless-Process! But thats another conversation….

Looking back, at one of the lowest points of my career income wise – around the “Polyphonic Beings” album (2013) –, I tried my best to get back all rights and back catalogue from those old labels who were just holding on to the provenance of the original master recordings from the 90s into the streaming age. This going well past contractual termination dates! I did good given my resources, fighting back with a big bully publisher and with prominent people who have built their so-called ‘reputations’ whilst not dealing responsibly with the artists who recorded music for their brands .

Let’s come to „The Rebirth of Wonky“. Of course I have to ask about the title of the album. What does Wonky mean to you?

Well, for me Wonky in this context means a certain quirkiness of character, agility of thinking, of smart feelings. It’s not a music genre, although some folk have speculated thats it. Well it might be, but then again…

The enigmatic rave impetus of the album really connected with me. There is so much going on in the tracks, so much stimulation that it makes you dizzy. Can you tell us a bit about your production methodology. How do you connect your dots?

Flow flow flow. That’s what I try and do. Hands on, respect for the instruments and the designers and signals. Get the signals flowing, music, maths, time, space, love –  everything is about signals, so you have to find the best ways to get them to flow.

As much as „The Rebirth of Wonky“ reflects the chaotic state of the world, it sends out a super positive message, offering the listener dreams of escapism and a better state of mind. Did that optimism came easy to you?

Good question – I find that a broad and rational emotional life combined with a good sense of humour is the best for coping with everything that this life can throw at you. 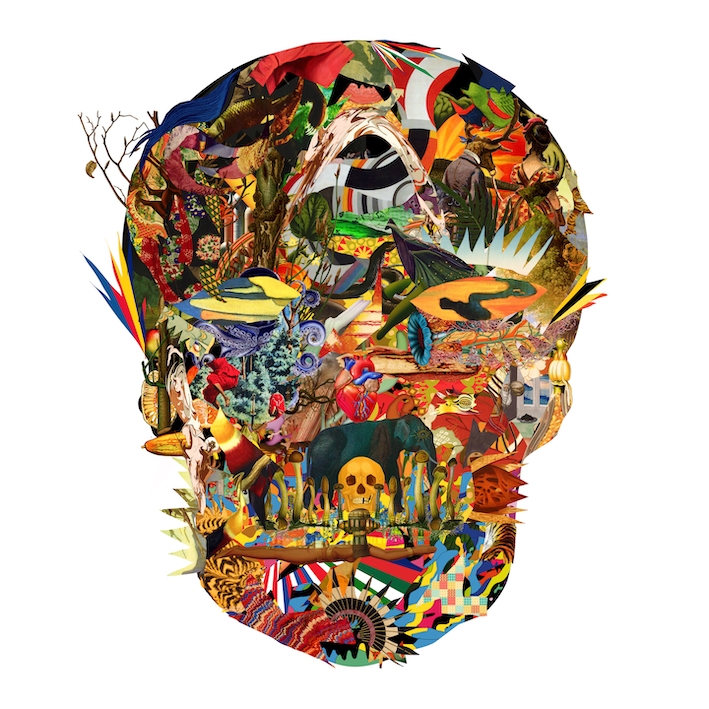 Why did you chose that (colorful) skull for the artwork? Whats the story behind it? I have to think of old Mexican mythologies.

The painting is called ‘Portrait’ by Luis Toledo, of LaPrisaMata studios in Madrid. I was checking his amazing work out looking for visual equivalents to how I was feeling about the music. I struck a deal with the studio after raising a bit of capital from the successful crowdfunding of the album and so I could buy the license to use that amazing image. I am very grateful for that, as its a stunner – I also felt a Latin American spirit at play there.

And as we are on the field of words: I love the first track title „When You Can’t Go Clubbing Anymore And Have To Dance With Oaks“. Do you also have picture in mind to a scenario like that or even a memory of real happenings?

Not really, the final titles tend to come some time later – I was taking a lot of walks listening back to different mixes and versions, and that’s when this title came to me. Walking around Amager, here in Copenhagen – sure, I swayed with the trees sometimes. 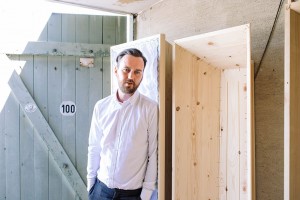 LIVE (AND DEATH) AFTER THE MUSIC INDUSTRY: ERIC WREDE

“YOU CAN NOT REALLY BECOME AN UNDERTAKER…THAT IS RIDICULOUS!”

Getting out of the rat race that is the music industry, welcome to: Six Feet Under… …