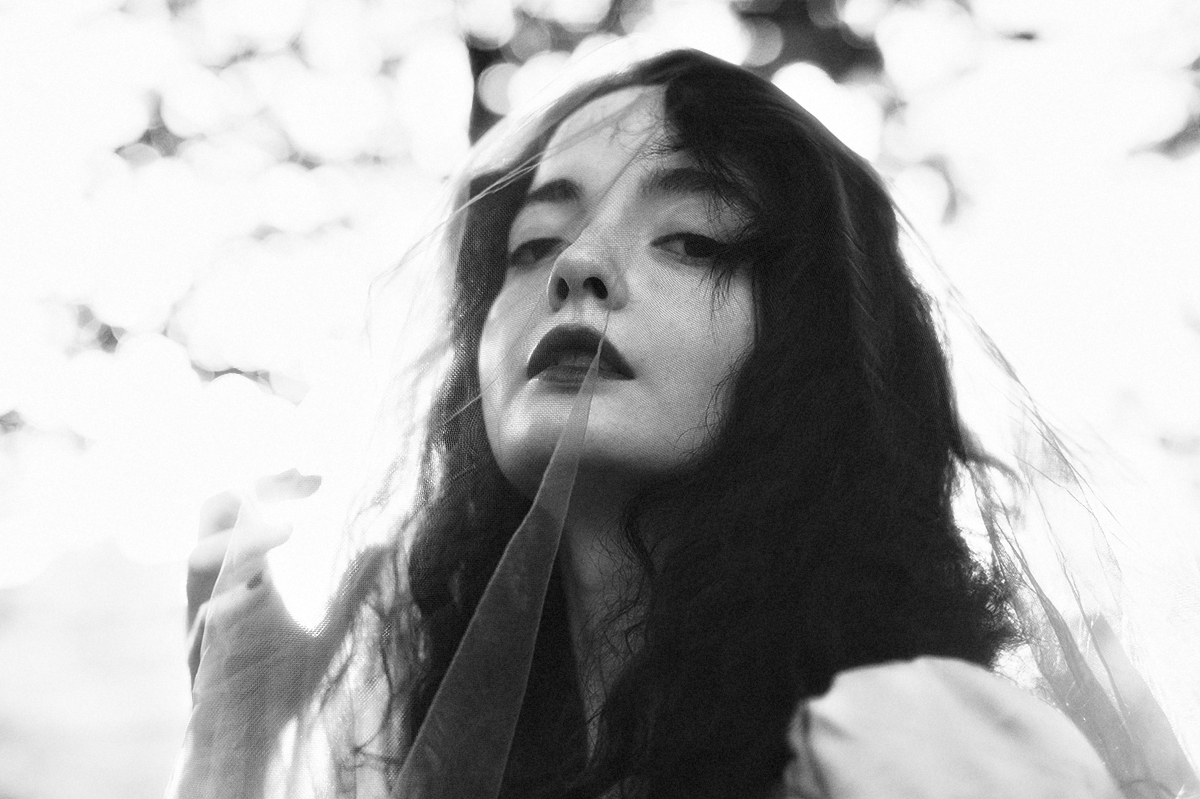 You may know Gloria de Oliveira through her roles in “Babylon Berlin” and “Strawberry Bubblegums”, but the German-Brazilian is much more than just an actor, she is as much a musician and visual artist. Originally de Oliveira wanted to become an opera singer, but the paths of life are often mysterious and somehow she ended up mostly in front of a camera and not a microphone. Well, not to her disadvantage so far as her short films and music videos as well as hertz and film  roles earned her the acknowledgment from the critics.
All that did not stop de Oliveira from her music ambitions. Since 2017 she released eps under the imprint Lovespells (“Lua Azul”) and her own name (“La Rose De Der”, “Levres De Sang”) and right now she is about to go on tour with the us band Tempers. 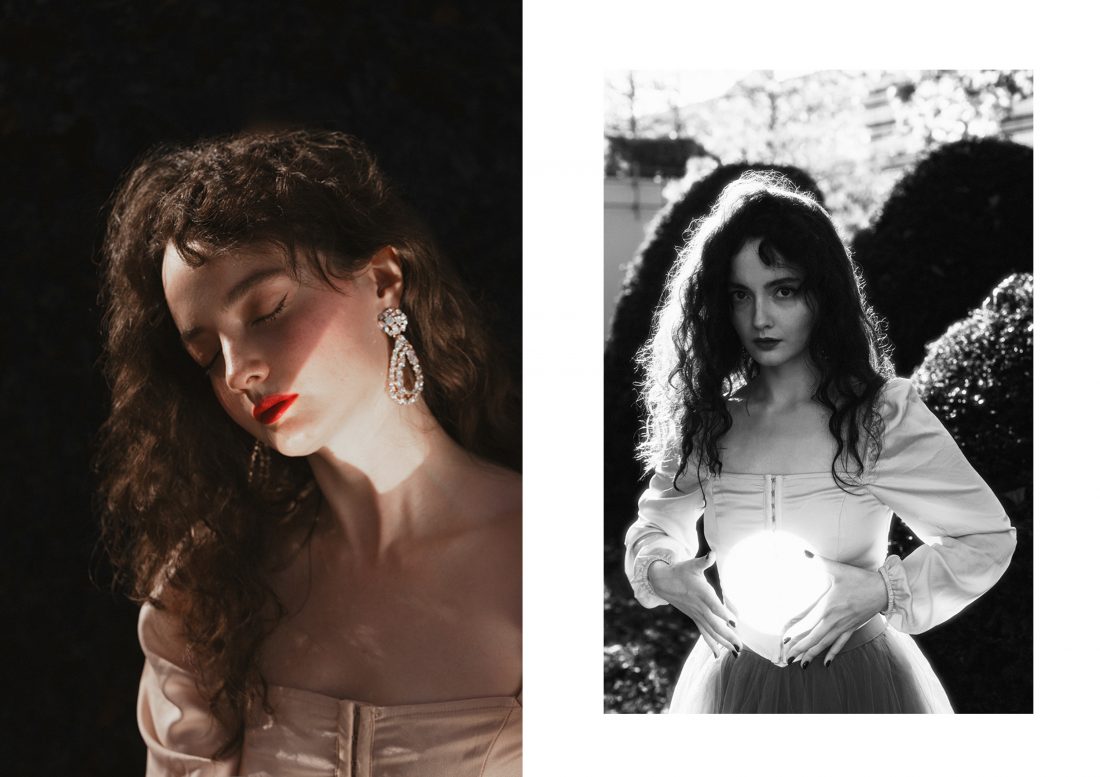 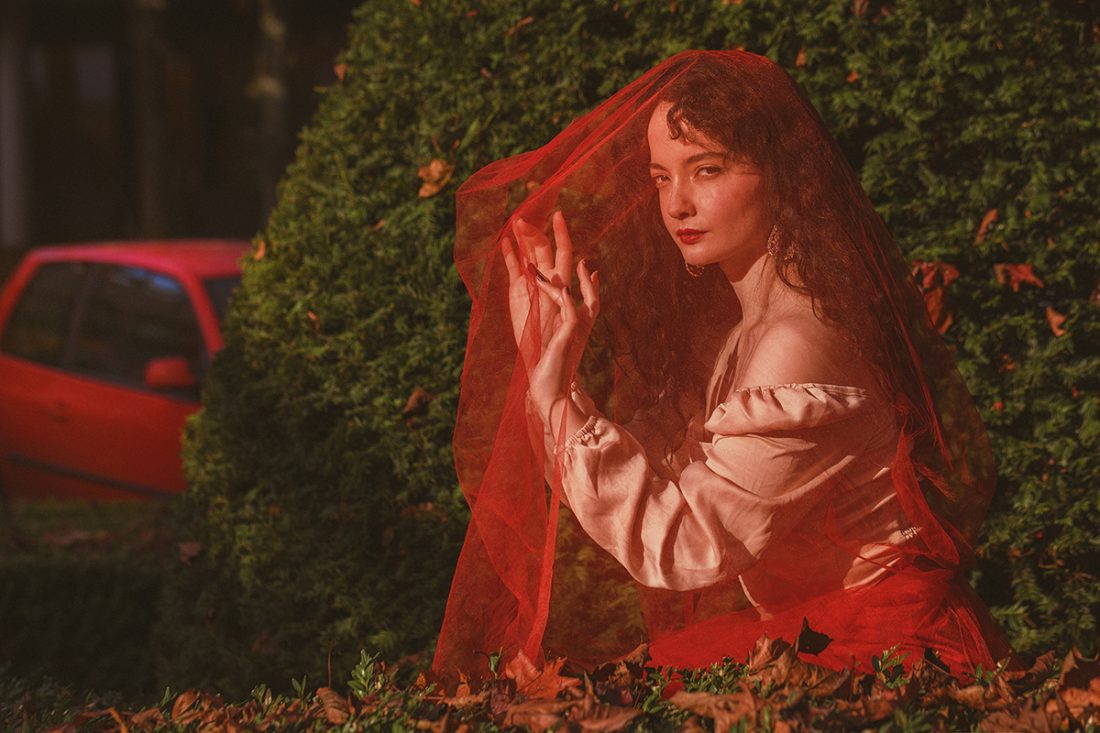 Gloria, which music was the first to touch/inspire/move you? What made it so special and outstanding to you?
As a very young child, I was inspired by the music that surrounded me – it was mostly what I discovered in my parents’ and my older sister’s record collection, my absolute favorite being „ABBA Gold“. Full disclosure: I still listen to a lot of ABBA – they’re so underrated in my opinion. Their songs are these delicious pop confections with a very honest and pure emotional core, such personal themes and lyrics. „Gimme Gimme Gimme (A Man After Midnight)“ even has a goth touch to it, no?
Also, whenever my sister had to babysit me when she was a teenager, she’d just park us in front of MTV, VH1 and the like all afternoon – it was the 90s, one of the golden ages of music videos – which probably has had more of an influence on me than I’d like to admit! My recent music video for „Falling In Space“  is actually a homage to these early childhood pop icons of mine I discovered through MTV: Shakespeare’s Sister, Kate Bush, Sinéad O’Connor, Madonna in her iconic goth era („Frozen“ directed by Chris Cunningham remains one of my favorite music videos of all time).
At the same time, I was enthralled by the soundtracks to films I watched that I was definitely way too young for, „Silence of the Lambs“ comes to mind. Soundtracks are still among my biggest inspirations. Often, the atmosphere and memories of the film I delve into while listening to the soundtrack turns out to be even better, or more powerful, than the actual film.

Have there been people whose contribution to the development of your musical identity was of special importance?
Most recently it has definitely been some of my close friends who are also musicians, who are always the first (and pretty much only) people I send my crappy demos to for honest feedback that is never discouraging.

What do you hope to find in music? (both your own music and the ones of others?)
Empathy, connection, release, transcendence, bliss, catharsis, the feeling of being alive.

What do you prefer, the seclusive working process in a studio or the live presentation of your music in front of the audience? And why so?
If I have to choose, I would currently say the former.
I can be a bit of an introverted hermit and while I’ve always enjoyed performing and have been performing on stage since childhood, it can also feel quite draining to me – due to the amount of social interaction involved, technical uncertainties, loss of control over the outcome and the anxiety that can accompany this.
To re-energize and recalibrate myself, I need to retreat into my little bubble and focus on creating art – I am addicted to chasing that flow experience while writing, producing or editing.

What is your ideal space/place to listen to music?
Alone in my bedroom with headphones or at a friend’s place, dancing without shoes to gems we discover on Youtube.

Please name female artists without whose music you wouldn’t be producing music? Why those?
There are many, but one who immediately comes to mind is Liz Harris, also known as Grouper. I discovered her at a very fragile point in time as a teenager and her music not only helped me emotionally, her way of working and of being an artist also boosted my morale and inspired me immensely and still does so to this day – a radically independent and autonomous artist working in different mediums (fine art/painting and music) mostly secluded by herself, as I like to do, pursuing nobody’s path but her own. Deeply personal works but never lets herself be exploited. At least that is what I see in her. I’m such a fan.

Your most beautiful experience focused on your music?
People telling me my music helped them in any way shape or form. All I could ever hope for.

Do you see a connection between your femininity and your work? And if so what is it?
Perhaps in so far that my experience as a woman in this world of course shapes my music but we’d first need to define what femininity even is. I’d prefer to not contemplate this too much when it comes to my own work. 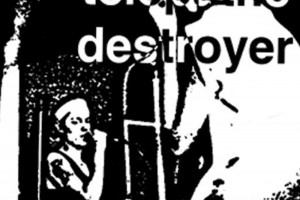 Christina Mohr and Jens Friebe listened to the new Album by Telepathe: "Destroyer".…