Jaimie Branch:”It’s a song about  America, but it’s about a whole lotta places – `cause it’s not just America where the shit´s fucked up…”

Looking back at the 2018 edition of Berlin Jazzfest, the performance of Jaimie Branch alongside Chad Taylor, Jason Ajemian and Lester St.Louis was one of the outstanding festival moments. They managed to cultivate a free flowing way of playing together by adding “all the hearts and organs and meat” to the “basic skeleton”. 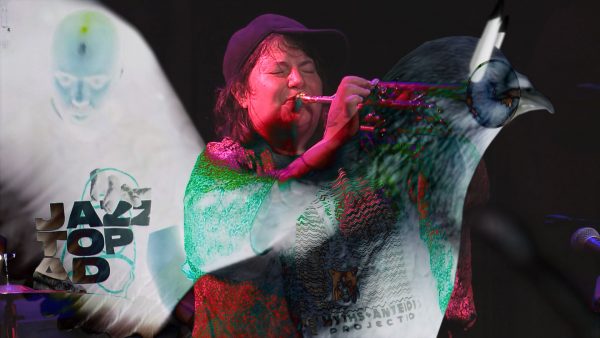 Still from the video to “Prayer for Amerikkka Pt. 1 & 2” by Theo Darst and Gregory Nachmanovitch

The centre of the performance were the back songs from the album “Fly Or Die” – the year after she released “Fly Or Die II: Bird Dogs Of Paradise”, a vibrant harbinger and echo chamber of the status quo of what life is like on the streets of the United States of America in our times. The most significant song of the album, “Prayer for Amerikkka Pt. 1 & 2”, is one of those rare über-songs that stick with you foreverever, both, composition and lyric wise. It captures the dark modus operandi of the USA as well as the state of the world at large and sends us all a clear warning what time it is. Let me quote the lyrics of this enigmatic prayer:  “It’s a song about  America, but it’s about a whole lotta places – `cause it’s not just America where the shit´s fucked up…”

That said, we are very happy to present you today the first video (by Video by Theo Darst and Gregory Nachmanovitch to the upcoming album “Fly Or Die Live” by Jaimie Branch, which will be released on 21th of May via International Anthem alongside the complete concert movie (available from 16th of May on via Moods). 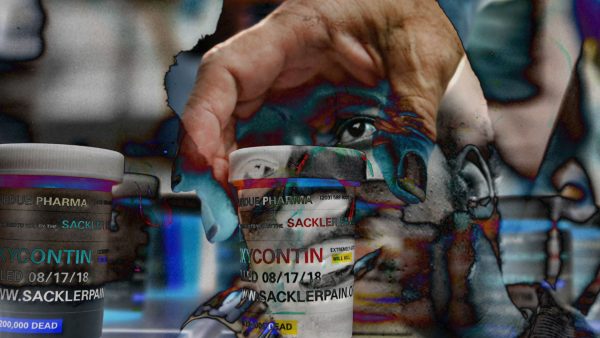 Still from the video to “Prayer for Amerikkka Pt. 1 & 2” by Theo Darst and Gregory Nachmanovitch

Recorded on the 23rd of January 2020 at Moods, Zurich, the album presents Chad Taylor, Lester St. Louis, Jason Ajemian and Jamie Branch right before the pandemic started to shut all cultural live down, a vivid reminder what we are missing every since: the social and musical importance of live concerts. “I didn’t have a memory of the show being an amazing show,” Jaimie tells Piotr Orlovs for the liner notes to the album. “But sometimes when you have zero memory of it being good or bad, those are the best shows. Because when you’re in the zone, in those moments of channeling creativity, there isn’t time for judgment. So oftentimes a memory is not created around that judgment, and that’s actually a good indication.” Well, a year later and the final mix in hands she adds: “I think this is like the best that we’ve ever played.”
Well, who are we to contradict the words of this outstanding artist.