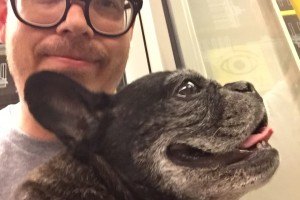 Five For Friday
by Jon Berry

So it’s Friday, and in the music world, today is new release day. Stores are flooded with an abundance of new releases. But how the hell can we the people, keep up with the thousands of new tracks being unleashed upon the world? The music service I subscribe to thinks they have a solution – it’s called the “Hot Tracks” playlist and it applies to the TWENTY EIGHT different genres they offer. I’m here to write about it.

Over my morning coffee, I randomly selected FIVE genres out of a cup. I listened the first “Hot Track” from each selection and immediately wrote about it without looking up anything about the artist or track in question. This may be a senseless exercise but the editor of Kaput has deemed this worthy of your ears and eyes. Let us see if I should repeat it or not more regularly.

Overall New Music: Calvin Harris “My Way”
Regardless if you care to or not, 4“My Way” is a supermarket/shopping mall anthem that you will know the lyrics to by end of autumn. Mr. Harris goes for a, uh – Caribbean vibe(!?) driven by an insanely compressed bass drum with lyrics that appear to proclaim that someone is standing in his way from moving on – from something or another. Sorry Miss Swift…I guess this one’s for you.

Electronic: Tycho “Epoch”
Tycho is on an American label, Ghostly International. I never paid much attention to him but know that he’s quite popular over there. “Epoch” carries all the elements of a lot of synth driven melodic house out there – for better or worse he put a lot of restraint into the track which makes It better placed in an episode of CSI than on the dancefloor. I imagine canaries really loving this track.

Metal: Ghost “Square Hammer”
So this dude wears make up like a tamed down version of King Diamond and gowns a devilish pope outfit. I keep thinking this is a cover – its all too familiar. Like The Bangles making shapes at a rave with The Scorpions and having a lot of fun doing it. The lyrics are radio ready anthems for hell – “Hammer on the nails, into the sacred coffin. You call on me for powers clandestine.” ‘80s metal all the way…God help us all.

Indie: AlunaGeorge “Not Above Love”
First off – I guess my version of “indie” is much different than whoever picked this as the top track of the week – that said, I’m liking this loads. Get this straight though. I’m not one of these Amish-goth, black on black types that loves Berghain and listens to mainstream pop music because its produced by some guy you can’t pronounce. I’m sure they will be all over this too but the bottom line is that she’s got a great voice. This track is really fun.

Alternative:  Paper Route “Writing on the Wall”
Dare to be stupid. This sounds like they are influenced by about 10 different bands at once and their producer threw them in the washer while mixing it down. On top, the vocalist sounds like sandpaper scratching across a polished table of misunderstood shoegaze power pop. I used to have a paper route as a kid and it sounded nothing like this. Guess that means they are going to be huge.