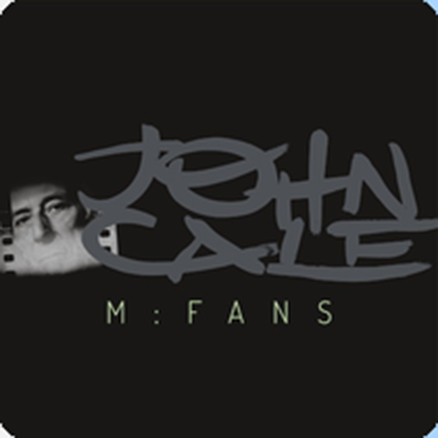 The music for a new society was broken. Marred by its way and by far not at the end of the tunnel of which there might be a light where a good life might be possible – it was right there that John Cale sent out glitchy signals into a world whose King David was on the wrong path. Whilst he was himself not entirely present all the time, he was all the while omnipresent – at times together with Queen, then with Brecht. Back in 1982 everything sounded as if it was Cale’s departure. Among the roundelay of glamorous and enthusiastically demanding pop music, the Thin White Duke made a triumphant return, having feasted on a disco-funk-diet and carrying a “lexicon of love” under his arm. In other places, burlesque darkness moved through the shaky remains of rock music. Ziggy Stardust’s revenant now danced through the last version of “clubbing” that was by now already populated by bats. And wherever someone was working on a new future outside of the world of rhythmitised electronic music, it was also in the name of the man who fell to earth. Just rap music and the bitter sweet singer-songwriter folk pop on Cherry Red Records were not looking to strike up a connection to him. But over here, in the quietest corner of an adventurous busy year, John Cale also worked on music of his own – music in old familiar idioms that nevertheless had never been heard before. The result of this process still sounds far from anything that can be classified definitively; it is fragmentary, yet full of harmonious complexity and yes indeed, it is very delicate.

“Music for a new society” started out in just that manner with “Taking your life in your hands” – a suicide note a suicidal mother leaves for her children. Mothers who were broken by life were in itself not unusual, back when getting a divorce was still regarded as very scandalous and women who wanted to have a career were still reproached for it among the working class people and the petty bourgeoisie. It is not like John Cale sang about German post-war-realities in “Taking your life in your hands”, but its grey atmosphere of gloom served as backdrop for his weirdly tender, yet cruel songs. Or the meadows that were covered in snow during winter. I would only listen to this record when I saw them – white plains, white cover. Until I got to the point at which I did not put it on any more at all – occasional bits of memory of it that would come to my mind were enough.

The cover is now black; the design remained, yet the ground is asphalt and equipped with tracks. A train rattles through the updated version of “If you were still around”, which now makes for the new opening to the album. In the pitch-black tunnel the vocals sound through dense digital sounds, declaiming harshly instead of being broken up.

It was not a rare thing for Cale to try and cure frailty with toughness. The grim and angry rocker “with guts” who screams as he fears for his life, surrounded by enemies who rattle their “magazines of gun”, while the saboteur cuts the wire. His wrath is what made Cale come across counter-cyclical. While in 1982 Bowie’s merits pretty much earned themselves, fellow colleagues of his appeared rather obsolete. Take Lou Reed for example – a boring rocker. Peculiar to think that he bade his farewell from this world in the same manner. That Cale chose to change the opening song of his album, might be a message addressed to Reed. In the official press release, Cale talks about the grief of losing his friend (-ly enemy?) Lou.

Maybe this is the common ground we all share – the ground that is in fact a cemetery. Instead of the ticking of the clock, we hear a carpenter as he puts a nail into a coffin during “Taking your life in your hands”. A lot of what is to come, departs from the state of abeyance and ambiguity the initial recording held in its ethereal timelessness, and goes on to proclaim life, survival. Almost in a manner comparable to Tom Waits, Cale’s matured voice vigorously holds on to existence and in the old familiar ways of a lot of experienced musicians , he goes to look for an energetic statement among cascades of distorted guitars. “True to myself” intervenes. Soon enough the updated versions turn into 90’s Goth Rock – (of all things) with the track “Thoughtless kind” – which is in itself not a bad thing, but what exactly does that add to the song? Distorted vocals, pounding beats; “Santies” would be Goth of the year 1986 in the style of Suicide, which would actually be quite alright, if it was not for the original, which has now been mummified in plasticine.

Cale draws a line, which he does not want to cross again. I am reminded of a moment during an interview, a fairly embarrassing memory. That moment when he did not want to comment on Nico at all and I keep asking him about it and something becomes apparent in this look that he gives me; something that is none of my business and might be the very reason for the pain that “Music for a new society” is founded on. Something that won’t give him peace. Not that version of John Cale who disappears beneath the piano, screaming, but a tough man with composure. The new version of “Broken Bird” appears as faded replication as it stays too close to the original version. At what cost? – There is nothing new about the “new society”. “Chinese Envoy” sports a dark-wave-style guitar that is very much over, “Changes Made” is dancing at “Zwischenfall” or “Omen” and “Close Watch” is crackling between Clicks and Cuts and Triphop, as if it was 2003. The verses to what is quite possibly his most beautiful track are now shortened and layered, making it seem as if Cale was tired of his own material, which is signalled by an “art of noise”-female-voice-sample. His new track “Back to the End” is a gentle reminder of what his album used to be about back in 1982. A journey back into the past, wrapped up in protectors. It claims to create distance to the all-consuming suffering. It might be that this is the message behind “M:Friends”. The ghosts are now summoned for their witching hour. “You are over, you belong to the past,” is what this record actually says, without really intending to do so since Cale is certainly fully aware of the quality his old songs used to possess. So after all, we are still exposed to the cruelty of life, which is exactly what Cale’s music attests to in this millennium. “By hook or by crook, I am the captain of this life” – the lyrics trail the sounds and I just hope that they will find themselves on a journey to the end of the tunnel.
Oliver Tepel

It really does not take much to guess why on earth John Cale would consider re-releasing a newly edited version of his 1982 album “Music For A New Society” 33 years later on. Just taking a glimpse at the news presented in an average edition of the New York Times seems to provide plenty of reasons to revisit longings (for departure) from the days back when Ronald Reagan was president. John Cale’s incredibly fragile music does however not only deal with geopolitical issues, but (seemingly) small personal anecdotes are just as important – as e.g. the recent loss of Lou Reed, his former band mate in Velvet Underground, who died from cancer last year.

“M:FANS / Music For A New Society“ toys with the inherent tension between the poles of nostalgia (of revisiting material that apparently reminds the protagonist of seemingly better days – a time in which the enemy was more easily determined, much less inconclusive in appearance) and the artistic ambition to keep questioning oneself and the material that one has created. The material that once was symbolic of the future was at some point forgotten and became part of the past. And what is it representative of today?

There is most definitely nothing visionary about “M:FANS / Music For A New Society“ any more. But is that really so bad? You can tell from every single song on the album how hurt the protagonist, respectively the protagonists, is/are, as Cale is outlining a world on his record that offers a much broader perspective than that of an individual person. Generally the album comes across rather as a stage play with striking background music than a narrated musical album thanks to the style that is more that of a narrative than that of songs that are being sung – a stage play that tells the tale of the pain and loss that life inadvertently holds.
Thomas Venker 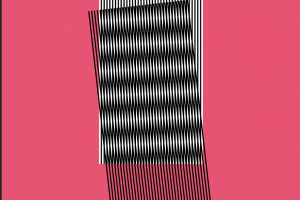