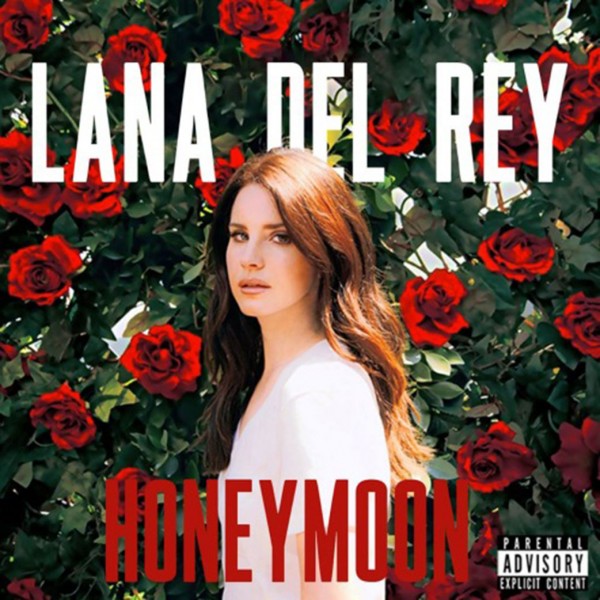 The fact alone that there is no such unnecessary thing as a deluxe version of this album says a great deal about how Lana Del Rey sees herself as an artist. Whereas other band’s and both male and female musician’s reaction to the supposedly mature market is the release of products of increased quality, Del Rey seems to be completely untouched and unimpressed by that kind of openly exhibited despair. In fact, she finds herself in a unique position right now. The world of music follows her lead, as even established super stars like Taylor Swift or Madonna, know all too well that they have succumbed to the pressure of constantly having to adapt musically. Basically every other production out there that is decisively mainstream-oriented, seems to believe that the way to achieve a mainstream-sound is to fill every single sound track with layer after layer of unsophisticated sounds. Well, obviously that sounds very dynamic and forceful, but just by applying this “technique” you do not end up with actual music. Only very recently Duran Duran have fallen victim to this delusion and failed miserably and in the most ridiculous way.

Lana Del Rey’s new album, however, presents itself with a stylised reduced sound. The album starts off with the title track which is characterised by multiple layers of string arrangements that operate as a sort of filter through which the song diffuses into the abstract distance of a melodramatic era of Hollywood. The title track determines the overall direction that the subsequent songs will be going to in terms of composition. It is completely irrelevant whether the string section that can be heard is “authentic” or synthetic, as much as it is dull to wonder whether Del Rey’s authenticity is genuine or not. Nobody would bother questioning the authenticity of a Douglas Sirk movie. Del Rey’s songs are not directly connected to her persona, as her songs are always of an oblique nature within the reference system that is music. Thus it can be argued that Lana Del Rey only becomes that persona through her songs, so that her persona is actually a product of her music.

A noteworthy recurring characteristic of the album is the absence of beats which can be observed during most tracks. There is no heartbeat, which is great. This phenomenon matches Del Rey’s unparalleled singing which sounds like the most passionate manifestation of vapidity imaginable. In some instances the beat only kicks in moments before the respective song comes to a close, but even then the beat remains extremely slow and operates at such a low pace that there is hardly any movement within the songs. This absence of movement could be interpreted as a moment of detachment from the world which organises the music in an anti-mimetic way. While the world keeps spinning, Lana Del Rey’s songs freeze individual moments. Much like in a movie that is shown at a low speed, particular images are emphasised. These very images show something that remains hidden in mainstream pop due to time lapses (as in: over-stylised crude “music”): love as an obsession full of contradiction between passion and rationality, radical self-exposure, decadent ennui, folly, sex and dark humour. Del Rey’s approach to the unfathomable seems more urgent than elsewhere, since what feels like the music is at a standstill creates closeness in a dramatic way, which brings us ever closer to the abyss. The great thing about this is that Del Rey meets her colleagues’ artless version of mainstream pop as an equal. All of them are among the first rank of pop stars, as much as they are all examples of contemporary forms of music, but within their category they communicate in completely different registers.
Mario Lasar

You may already have a certain feeling in your gut – an album by Lana Del Rey that is called “Honeymoon” will certainly not be full of happy moments. The title and the cover image convey paradoxical signals much like the cute little birds in the opening credits to a film by David Lynch do: there is nothing nice about this place (anymore), the idyll has long been destroyed. Upon listening to the record this inkling proves correct and a certain apprehension arises along with it: will “Honeymoon” be the end of Lana Del Rey? Not due to the fact that the record is that bad, which it isn’t – much to the contrary, “Honeymoon” is perfect in a rather ghostly fashion. Everything Lana Del Rey had promised in her earlier releases, everything she had hinted at, had prepared her audience for, given outlines of – all of that comes to its logical and melancholic conclusion on “Honeymoon”. One of the tracks is called “Swan Song”. Another “The Blackest Day”. The wedding is over; maybe it has never even taken place at all. There is no characteristic rattling of tin cans tied to a corvette with “just married”-stickers on it that is driving off to take the happy couple to their honeymoon; it is much rather an atmosphere of parting, of farewell; the closing credits. There are hardly any beats to be heard on the record – they are only just featured on “High by the Beach”, which seems like a pretty safe bet when it comes to radio play, whilst the other thirteen songs are bathed in orchestra arrangements that could well be part of a film score – lots of strings and all in all a sixtie’s atmosphere that has been taken one step too far. Every note is dripping with melancholy, a death wish and the notion of being weary of the world and of love. Even the cover of “Don’t Let Me Be Misunderstood” turns into a funeral march.

Los Angeles/California/ the West coast, they all form the backdrop and stage of Del Rey’s morbid musings. The fact that Lana/Lizzy/Elisabeth is actually from Lake Placid is just yet another puzzle piece that makes up the fitting-non-fitting image of Lana Del Rey: “Come to L.A./be a freak like me”, she sings in a breathy voice – much like the whole album comes across as if it is being played through a delicate veil. California Gothic. Delivering her characteristic brand of ennui, lethargy and grandeur, Lana Del Rey does not care about the conventions that the mainstream dictates. The track “Salvatore” sees her reciting a poem by T.S. Eliot; most tracks are around six minutes long. Lana Del Rey dismisses the “laws of pop music” and yet what she does is pop music par excellence – quite paradoxical as mentioned before. Is it however just plain scheming on her part or is she genuinely the freak that she would like us to see her as? Doesn’t really matter after all: “Put on that Hotel California / Dance around like I’m insane / I feel free when I see no one / And no one knows my name.”
THE END
Christina Mohr