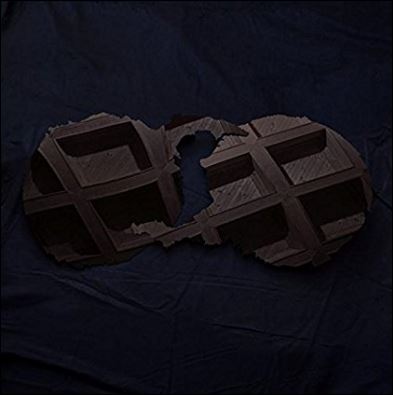 Not along ago Robin Pecknold, front man of Fleet Foxes, and Dave Longstreth, mastermind behind Dirty Projectors, who are two of the defining figures of the recent music history debated on the state of indie rock in the year 2017 – and chose the very public platform Instagram as the place for their discussion. Everybody should take part since music somehow kinda belongs to all of us. In his argument Logstreth expresses concern for the genre – it got “obedient to an expired paradigm”, current indie music sounds equally “refined”, but also somehow “effete”. Pecknold weighs in and says that indie hasn’t been progressive since 2009 – with records like Animal Collective’s “Merriweather Post Pavilion”, Grizzly Bear’s “Veckatimest” and – of course – “Bitte Orca” from Dirty Projectors.

But how much truth is in these statements? What is the significance of indie nowadays? How much adaptability has this genre that for is erecting so many elitist seeming taboos for itself, in an era in which tone is allegedly set in other genres like rap and r’n’b – genres that once were left out in “indie circles”, but now are very accepted.

One direction is set by Logstreth himself – namely with the new, self-titled album of his Dirty Projectors: The album is the opposite of “obedient” – it wants to be state of the art, one step ahead. Longstreth is on “Dirty Projectors” – after Angel Deradoorian left the band in 2012 and now Amber Coffman has as well – once again sole band member for the first time since 2005’s “The Getty Address” – and that is perceivable: The instrumentation is idiosyncratic, dominated by glitch beats and a lot of references to Timbaland’s productions from the early 2000s – it sounds urgent, drifting, digital. In a way a break with the oftentimes hippieesque music from the predecessor “Swing Lo Magellan” (2012).

The opener “Keep Your Name” immediately lets the listener feel that this is something very special. The song opens with the lines “I don’t know why you abandoned me / You were my soul and my parter” – certainly a hint on Amber Coffman, former band member and especially Longstreth’s ex-girlfriend. The separation was clearly inspiration for the lyrics that are downright oozing with heartache. Longstreth’s vocals got distorted by vocoders, he sounds deeper – slightly reminiscent of ANOHNI – quasi close, touching, vulnerable. Before you get used to it an unusual rap-part is coming up that breaks up the song once more – it is one of these moments that we know from Longstreth: The beautiful moments persist just as long as needed – as long as the master of ceremonies allows it. The break, the deliberate deconstruction, as a means to an end, so we can appreciate the diverting beauty more. The album is strongly rooted in the age of internet – “Dirty Projectors” musically celebrates the generation “Glitch”, is pastiche of all kinds of genres of the modern age – the influences are ranging from Panda Bear to Missy Elliott to Justin Timberlake.
The lyrics criticise equally the societal alienation and the improbability of love in the era of clouds. In the electro ballade “Little Bubbles” Logstreth is singing about isolation, about waking up alone and from living in your own “little bubble”: „We had our own little bubble / for a while“ he sings in the refrain. Even in the digital age you can share a bubble – but it is often just for a time, so Longstreth. The digital alienation, that Longstreth addresses, is best made clear in the almost seven minute long track “Ascent Through Clouds“: The US American says at one point „Solitude becomes alienation“ – an statement that seemed made for the information age in which every loner can develop into an alien in front of his computer, and pick out the information that he wants for the aforementioned “Little Bubble” in which he lives. But “Ascent Through Clouds” also offers a striking statement for the non-binding character of relationships in the internet, with “digital friends”: “Strangers become friends and then strangers again“.

Apart from lyrical depth the emphasis is on the path to more beats and samples: The song highlight can be found in “Cool Your Heart”, a feature with the r’n’b singer D∆WN that even has a bit of a chart appeal. It’s a fact that “Dirty Projectors” is one of the best records of the last years – and it proves that even after 2009 indie is capable of great things. Although the great albums were few and far between over the last years, David Longstreth’s new work demonstrates that especially indie is able to capture trends of our time – and to let itself in for influences from outside. Indie will never die, but you will. “Dirty Projectors” has already a place, if not the top place, in my personal year end charts – how could this be outdone? Oh yeah, Arcade Fire will also release something new this year. We will stay alert.