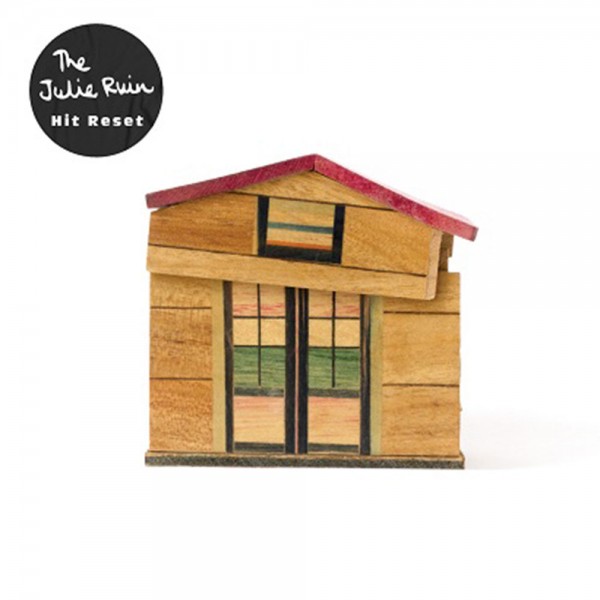 The Julie Ruin
“Hit Reset”
(Hardly Art)
Whoever currently feels futility in terms of feminist agitation for whatever reason – Gina-Lisa discussion, shitstorm for European Football Championship commentator Claudia Neumann, and so on – can get the needed motivation boost with the neu album from The Julie Ruin.

Kathleen Hanna, Kathi Wilcox, Sara Landeau, Carmine Covelli, and Kenny Mellman have so much verve and energy on the thirteen songs on “Hit Reset” as if Riot Grrrl were still a small, delicate baby. Okay, on twelve songs – the last song is a ballad during which you can relax for a bit. But up to “Calverton” The Julie Ruin are bashing all the annoyances, impertinences and injustices that women/queers/misfits-of-all-gender are still faced with in 2016 towards the willing audiences. “Mr. So and So” is about the fact that mostly bands with male members are being booked for festivals. The token female band is allowed to play during the day at the “dumpster stage”, the band name apparently misspelled on the poster, the organizer characterized by jovial, slimy statements, “come on, it was a joke” – this is interestingly the same subject that the Grether sisters passionately decry over here. Does that mean it’s the same shit all over the world? Certainly, but no reason to give up, but more than ever to make a noise for heaven’s sake: Kathleen Hanna loves being loud, yelling in her unique mocking-style, not a bit of weariness or resignation. She has obviously overcome the sickness that put her out of action for a long. Punk rock power meets electro pop meets dance meets girl group singalong –  The Julie Ruin are the supremely vital love child of Bikini Kill and Le Tigre, something that was already tangible on the first album “Run Fast”. “Hit Reset” goes a little further, textually it’s more personal, more direct: “Rather Not”, “Let Me Go“, “I’m Done“ and the title song deal with very private issues, “I Decide” is Hanna’s favorite song, dedicated to all the companions who supported her over and over again. “Hit Reset” is coming at precisely the right time, throughout the world.
Christina Mohr

With “Safe”, Louis Carnell has managed to create a fantastic album, an electronic opera about ou… 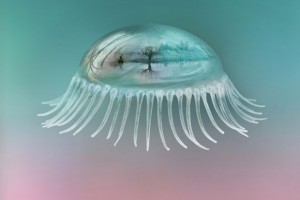