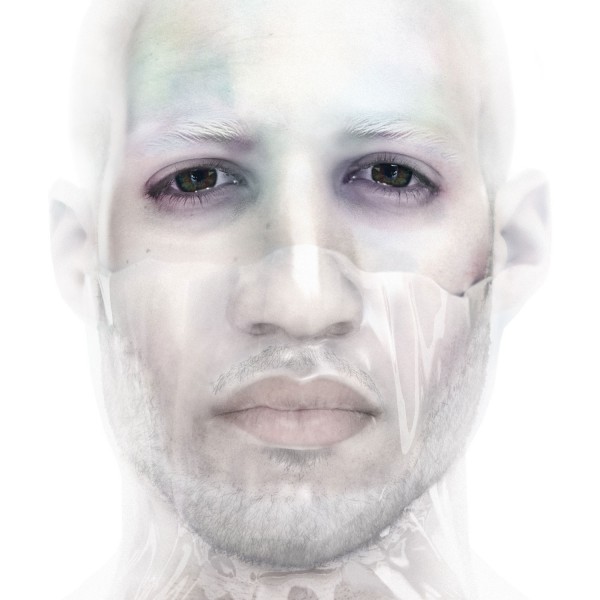 “This will be one of those albums that everybody will be able to agree on,” said Thomas Venker and I personally really hope that, when it is time for the notorious “end of the year”-polls, he’ll be proved correct.

“Safe” the debut album by South-London producer Louis Carnell aka Visionist does not show off monstrous basses or catchy hooks; it does not overwhelm its listeners, it is fragile and emotionally delicate. “Safe” is an album about fears: the fears Visionist has, but also in the general sense; “Safe” is about loneliness, insecurities, the icy atmosphere of the society that we live in; it’s about rivalry, dysfunctionality and the individual’s longing (meaning every human being’s) for a feeling of security and salvation. The big questions wrapped up in broken beats, fragments of melodies and pitched vocals. As much as Visionist’s approach to his music is (allegedly) rather complicated, as straight forward and unambiguous is his use of language, lending his tracks striking names that are easy to remember, such as “Tired Tears, Awake Fears”, “Sin-cere”, “Too Careful To Care”.

Visionist’s connections to Fatma Al Qadiri and FKA twigs, whose support he was on her most recent tour, can be heard and felt clearly, even though Carnell’s version of modern, deconstructed R’n’B is characterised by an idiosyncratic combination of moods; somewhere between melancholy and hope after all. Most fascinating about this is that the tracks come across as “outlandish”, ghost-in-the-machine-like, on the one hand and one the other hand are partially fidgety, ADHD-like, as there is no one melody that is being repeated over and over again and serves as a sort of central motif. There is also not that one single chorus that the listener can hold on to and yet, you find yourself very much at home in this heap of broken fragments. This might be thanks to Visionist’s delicate, even tender vocals with which he is spreading yogi-style mantras like “everything is fine, I’m okay, everything is fine …”. Maybe it’s also thanks to the wobbling bass that subtly dictates the rhythmic flow. “Safe” is like being on a tram in a city that you don’t know at all – the windows of the tram all fogged up, broken seats, there’s noise everywhere – and after some time you come to realise that the tram is going to the main station and takes you exactly where you wanted to go after all.“Safe” as the record that everybody will be able to agree on in 2015? Certainly fine by me.
Christina Mohr

The opener „You Stayed“ may just be one minute 14 seconds, but with it Louis Carnell offers a disturbingly striking entrance point into his album: the sounds are squeaking and chirring; a voice – if it even is a voice – is prancing around in the highest of heights. Everything about this captivating start is reminiscent of one of Mozart’s sonnetts, while at the same time, the imagery of a horror movie, in which a single shot depicts the bleak and lonely surroundings, is conjured.

The listener is right away prompted to wonder who has remained and what exactly has happened. The album title “Safe” may eventually be comforting as it may, but nothing about the album seems all too sure for the listener. A sense of security is much rather the inner wish that is installed in the listener in the form of a longing to eventually achieve just that. Carnell, however, makes it clear pretty quickly that, in this play on reality that he is acting out on “Safe”, we, as the listeners, are playing the role of the victim (aptly, the second track on the album is called “Victim”) respectively that we are at least to stand by the side of the victim.

But whose victim are we then? Or what are we supposed to become a victim of?

The answer lies in the twelve soundscapes that are represented on the album that range from warm beat-thunderstorms to minimalist sacred installations of sound and even further to the cut’n’soul of the modern brand, with which Visionist positions himself somewhere between Holly Herndon, Autechre and Fatma Al Qadiri. Whatever it may by that “the victim” lacks, it pulses through us with every bar of music. Music that is rich with an empty promise of social warmth and comfort, yet only very rarely actually intends to fulfill said promise and satisfy the protagonist’s hunger through real and genuine gestures. “Safe” is a study on what it feels like to not have a place to call home, a place of safety and comfort.

In times when the external borders of the EU, as well as the accomplishment of open borders and inner-European solidarity and humanity at its very core are being deconstructed by the construction of fences and a bureaucracy of degradation, “Safe” seems like the unintentional soundtrack to the daily horror show that we find ourselves confronted with. So as you listen to the album you wish you could read it in a merely tonal way as a modern continuation of the soundtrack to “Bladerunner” by Vangelis, but perceiving the album that way has been rendered impossible by what is happening around us at the moment. In lieu of that, as track by track passes by, a sonic wall of indictment is gradually built up.

You might be prone to dismissing this as over-interpretation, but you can also simply consider the dramatic composition of the second half of the album and the titles of the songs that are to be found there and let them speak themselves:

With “Safe”, Louis Carnell has managed to create a fantastic album, an electronic opera about our world at the brink of entering the decisive phase of adjusting itself anew; a journey of sound full of insecurities and fears, while at the same time it is equally filled with hope and an unwavering faith in a better reality.
Thomas Venker 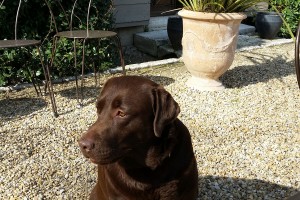