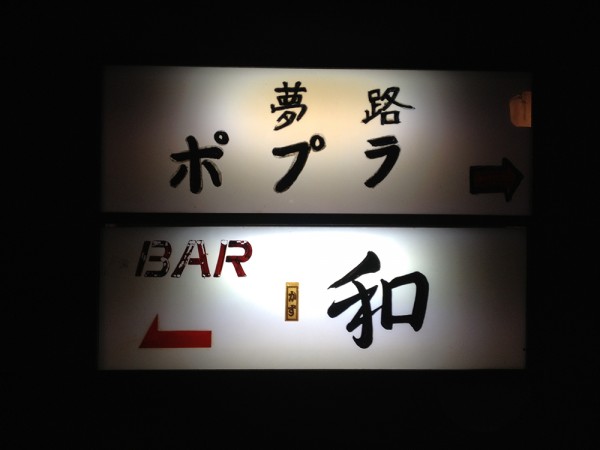 The darkside of Tokyo’s nightlife is well hidden. You don’t find the entrances in the spotlights, you have to look a little harder, find yourself in the darkest alleyways. So here we present, to make your life a little easier, Thomas Venker’s fast-track guide to two of the most, ah, ‘tempting’ districts, Nombe Yokocho and Golden Gai.

Japan, though wonderful, is not the easiest destination for foreign travellers. The problems start with the complexity of two writing systems (Hiragana and Katagana) and thousands of unfathomable Kanji symbols, the unfamiliar sound of everything from the simplest directions to the etiquette of the restaurant menu. Maps are famously confounding for the Western visitor – forget our system of street names and numbers, Japanese people have a system of arbitrary blocs and seemingly unguessable numbering systems inscribed within them. Every trip out of your bedroom is a potential adventure.

Along with those basic uncertainties you’ll share with every other gaijin (foreigner) there are also some commonplace rules-of-thumb you should master. For example: the best restaurants are always on the top level of the houses – which also means you will never find them (but at least you now know why).

The same is true for the coolest bars, which you are super-unlikely to discover some quality local intel or a prior hookup. This is a real pity as if you miss the nightlife you miss a lot of what’s special about Japan and Tokyo in particular.

So you really should miss Nombe Yokocho, the so called „Piss Alley“. Even though the street is located right next to Shibuya train station and the bright lights of its famous street crossing, it might take you years to recognize the beautiful, secret smile of this little side street.

Sat alongside the tracks of the Yamanote line, in direction to Harajuku, you’ll find around 30 bars in just 25 square metres, built on two levels and with stairs so small you’ll need to think about a fitness regime before attempting them. Nombe Yokocho hits you immediatelly with the charm of Japan’s long gone Shōwa-era. Looking at the customers it’s a mix of younger time-travel fans and older ones with a weakness for nostalgia.

In every bar, each no bigger than a few square metres and fitting around 5 people, you’ll find a few locals hanging loose, killing the stresses of the day with saké (Japanese wine), shōchū (kind of a local wodka), whisky (seriously as good as any Scottish single malts) and of course hitting the karaoke. The good news is that we gaijins are absolutely welcome to jump in and demonstrate how badly we too can sing. Indeed it’s highly likely that the moment you sit down someone is already offering to help you make that all-important first song choice (though you’re picking from a Kanji-written list so you’re gonna need all the help you can get).

Pro Kaput-tip: choose Madonna’s „La Isla Bonita“ and ah, interpret “freely” – for this, trust us, will help you make friends for the night. Karaoke is such an important and ineffable part of Japanese culture, somehow mediating not just dialogue between locals and foreigners, but also being a kind of conversation-with-other-words between the locals themselves strangers.

If you have to step out after a few drinks, you’ll quickly gather why Nombe Yokocho gained its other name: „Piss Alley“. The toilets, a joint effort by all the bars, are outside in the open, at the end of the alley. And the smell is shall we say predictable.

Golden Gai is a more colourful prospect. Prepare to crunch some numbers: close to Shinjuku train station (funny how often the best bars are found in those God-forsaken hinterlands around stations), through which 2 million people will rush every single day, you’ll find 6 narrow alleys playing home to around 200 bars.

Shinjuku is a two-faced thing. On the one side are the thrusting skyscrapers of major international players, government offices and luxury hotels. But on the flip side is Kabuki-Cho, Japan’s biggest and wildest red light district, named somewhat ironically for a traditional Japanese Kabuki theatre that never actually got built. The area is packed with love-hotels, striptease bars and right at the end Golden Gai, is the doorway for those ready to go deeper into sin.

To enter the Golden Gai bloc, you slip in at the end of a dark passage between the Shinjuku City Office and the Hanazono Shrine. It’s like a gateway into another era. Fragile wooden houses, seemingly built on top of each other, and looking like they could collapse like playing cards at any moment but whose promise is clear: what happens in Golden Gai, stays in Golden Gai…

Most of the bars are open until the early hours, so you can slowly commute up the whole strip right until the first trains start up again. Each bar asks for an entry of 500 to 1000 Yen (between 4€ and 8€), but no one should go short on this field. First of all, you do not have to tip in Japan at all. Secondly there are always free snacks, and each bar has its own distinct design and unique atmosphere. The owner or host sets the tone. Faces bear the scars of lives spent largely at night. No-one will speak English, but then in here there are so many other ways to communicate: get your hands in the air and put karaoke on the machine.

Most of the bars make their living from returning regulars (a nice pot-pourri of fallen angels, aged gangsters and classic Japanese salarymen) coming in more or less every night and drinking glass by glass out of their own bottles (bought earlier on and kept by the host in the shelf for them). But they also like the occasional Gaijin for the change they bring in. Forget for once Japan’s famous reserve and politeness, and take a little journey into the dark alleys of Tokyo. 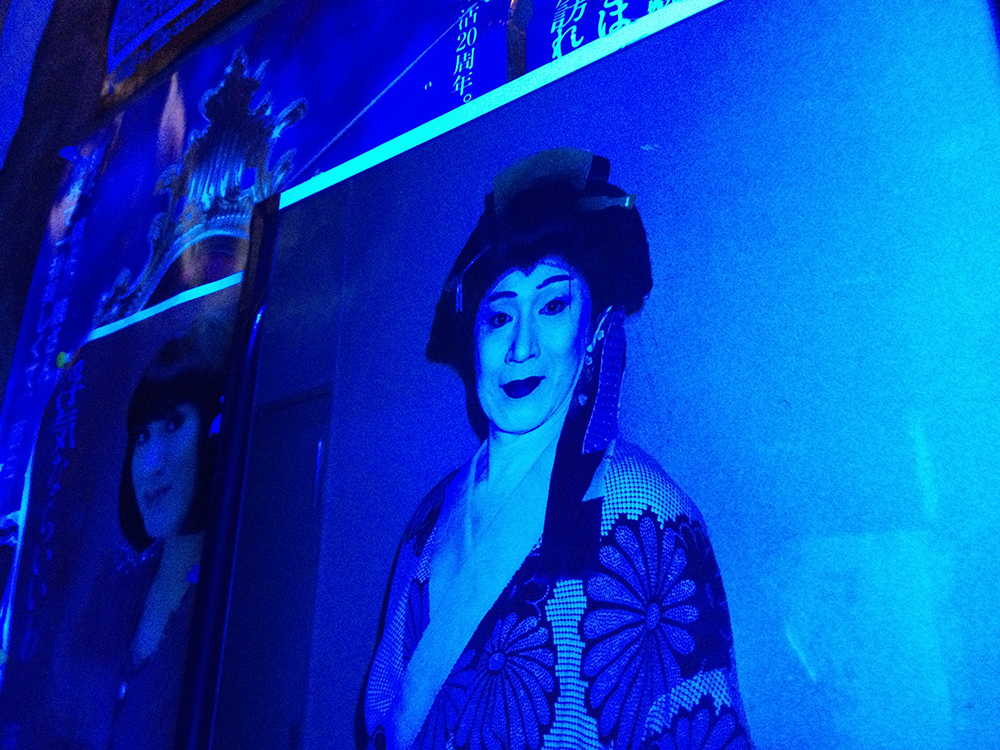 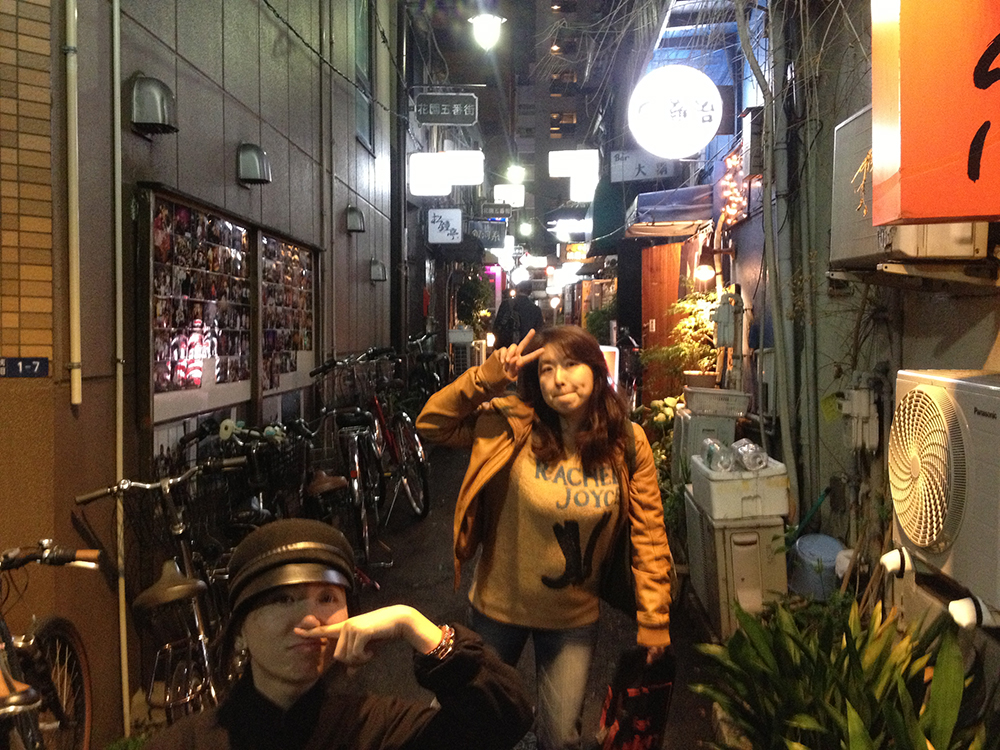 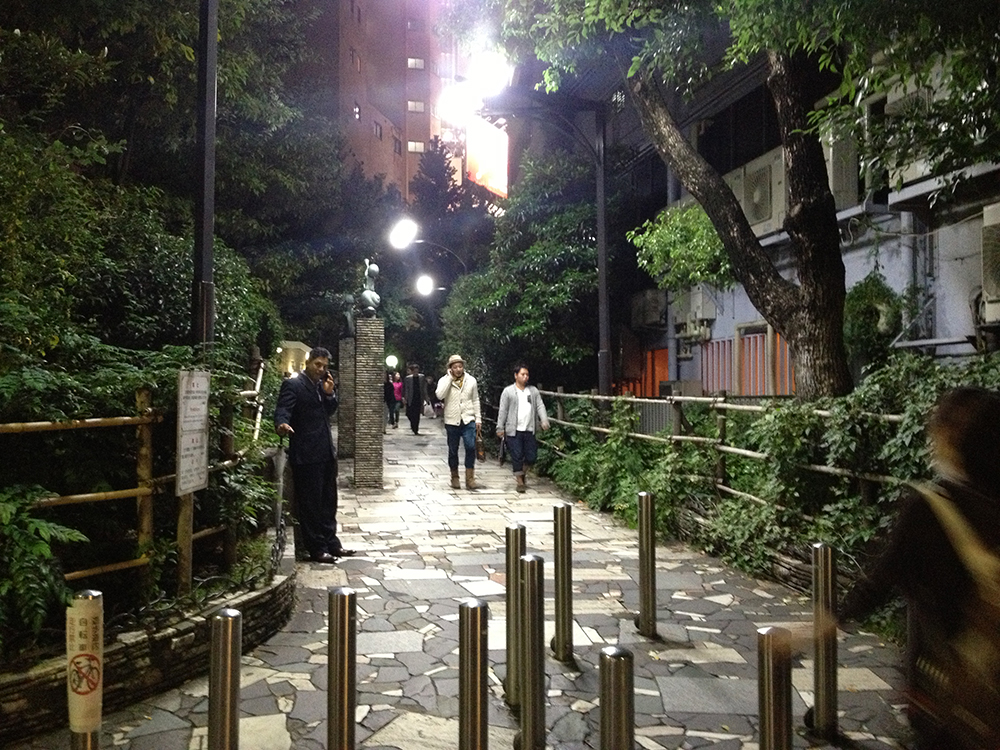 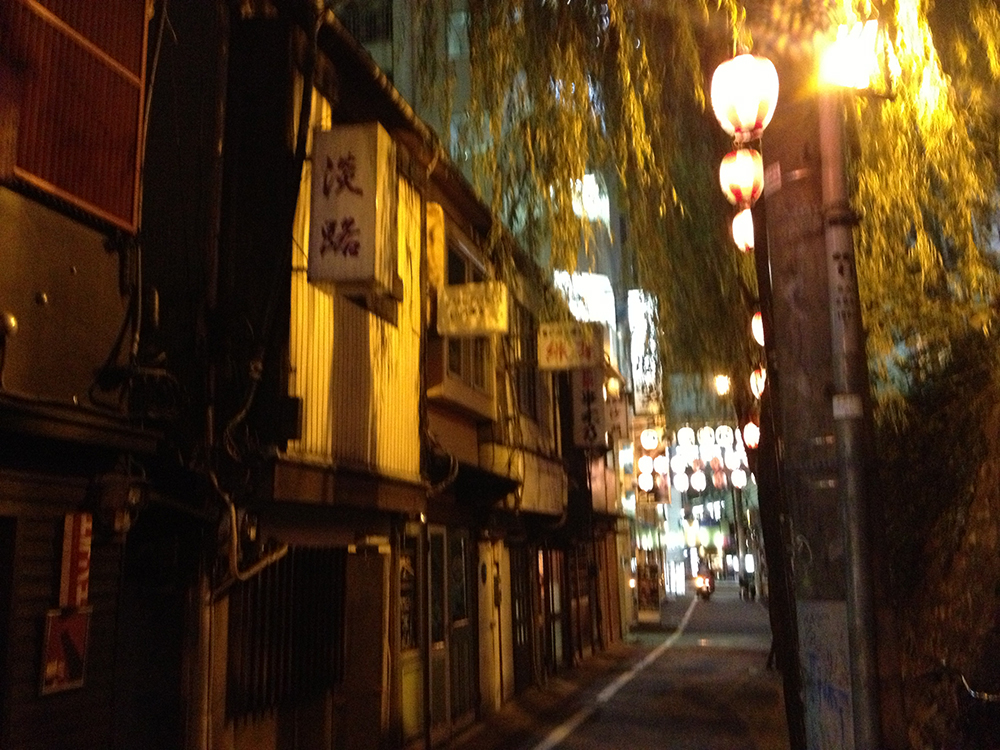 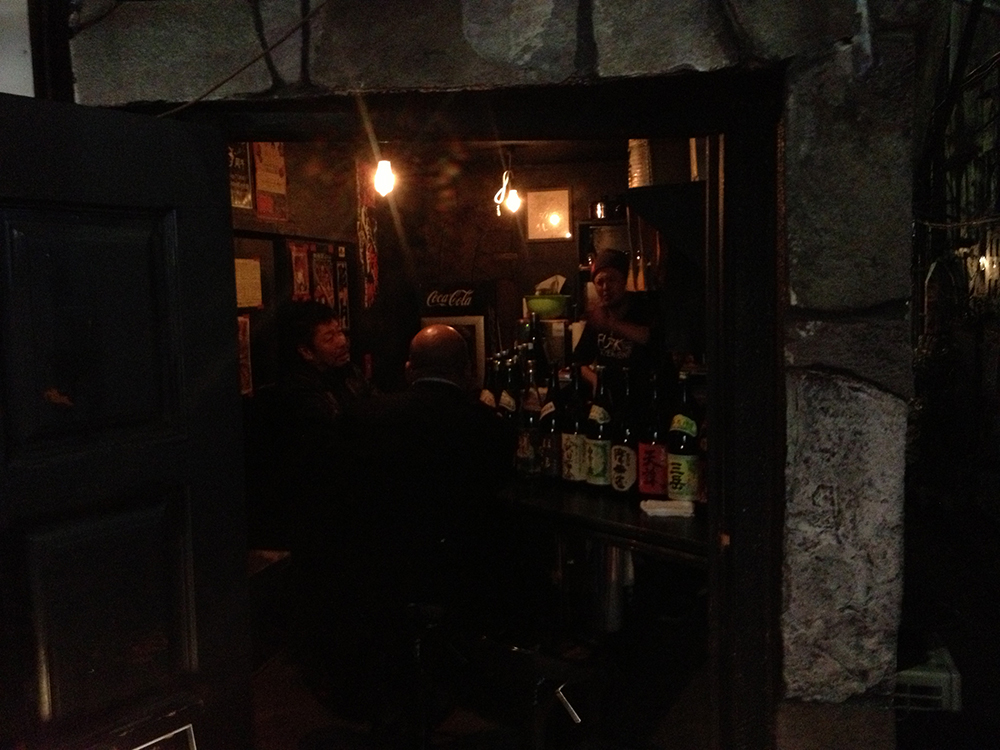 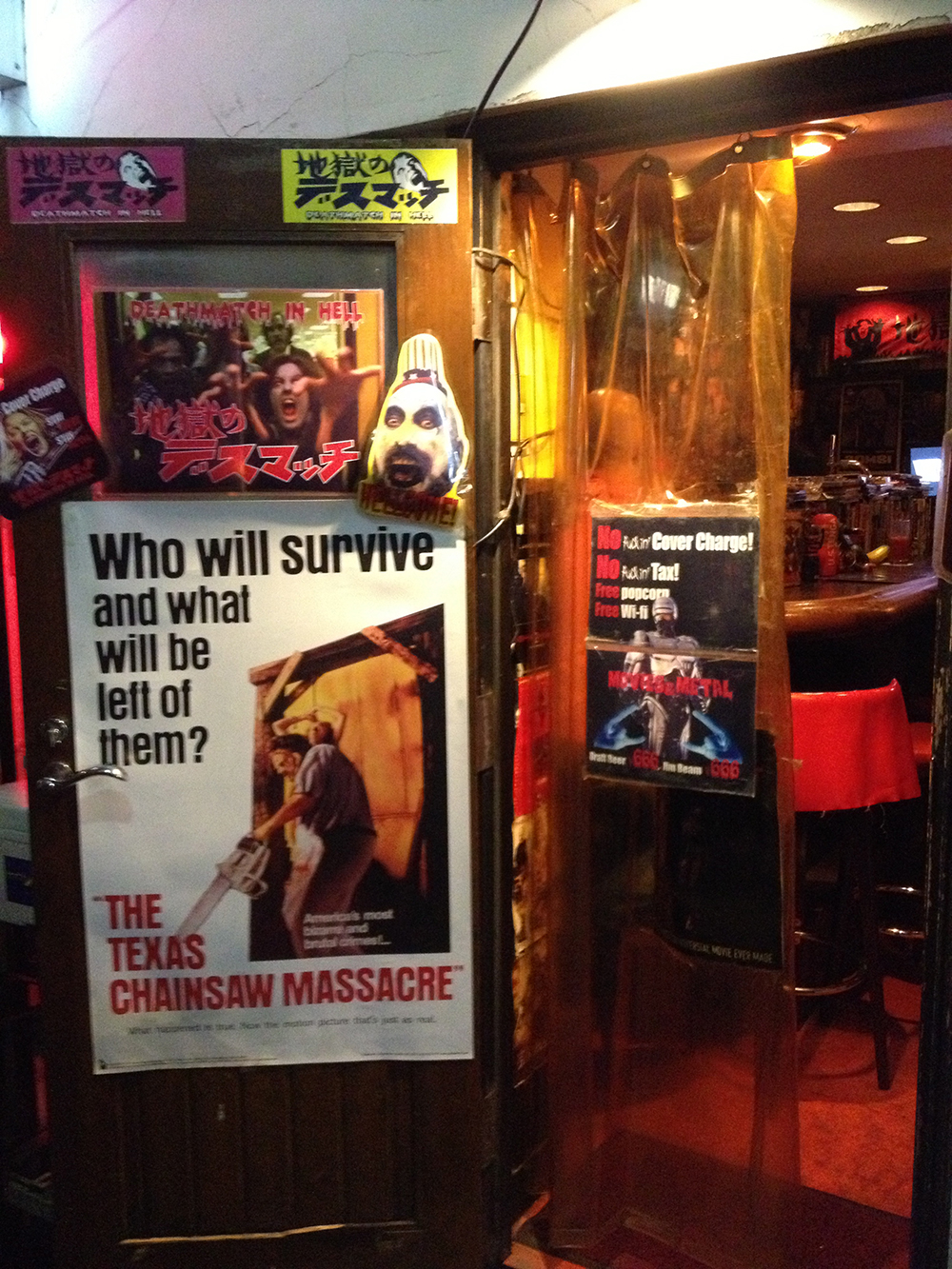 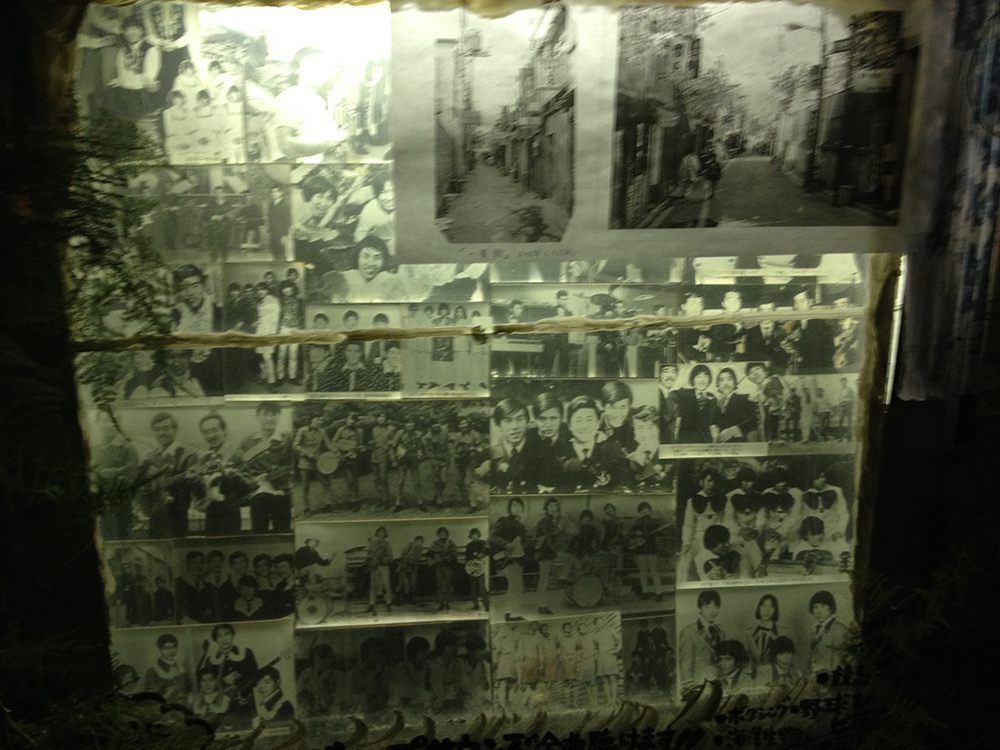 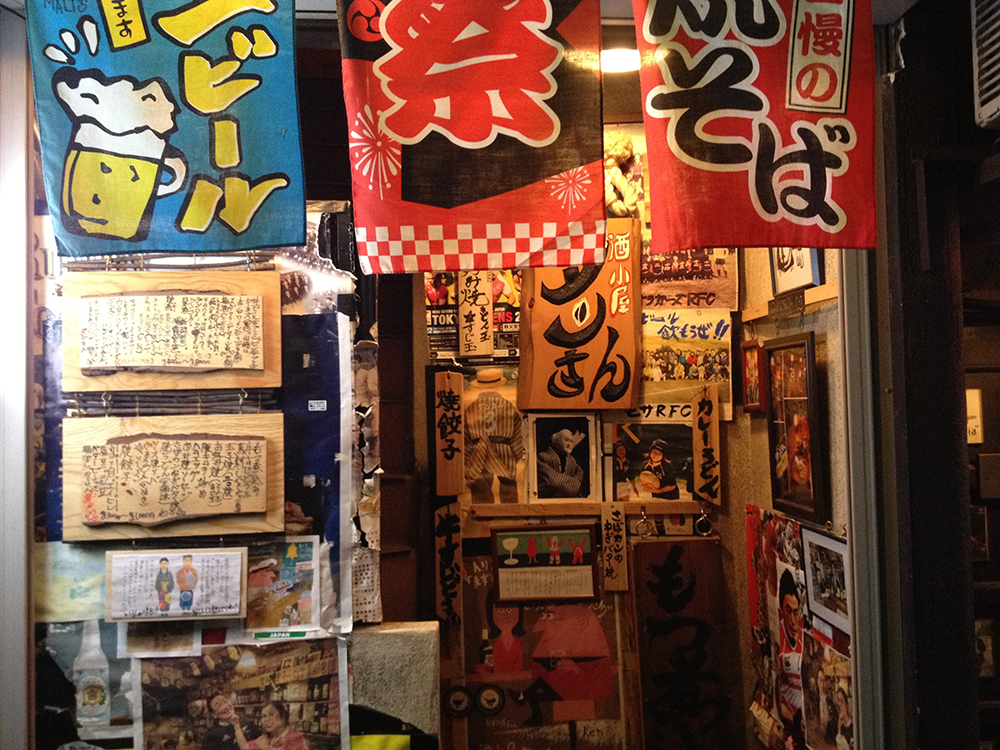 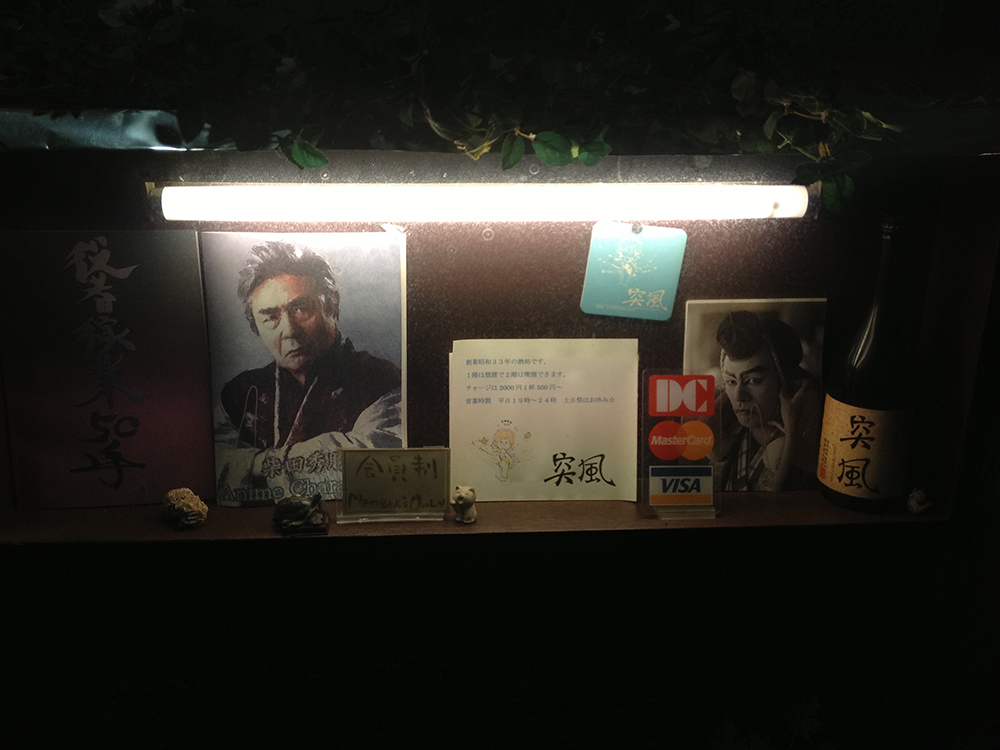 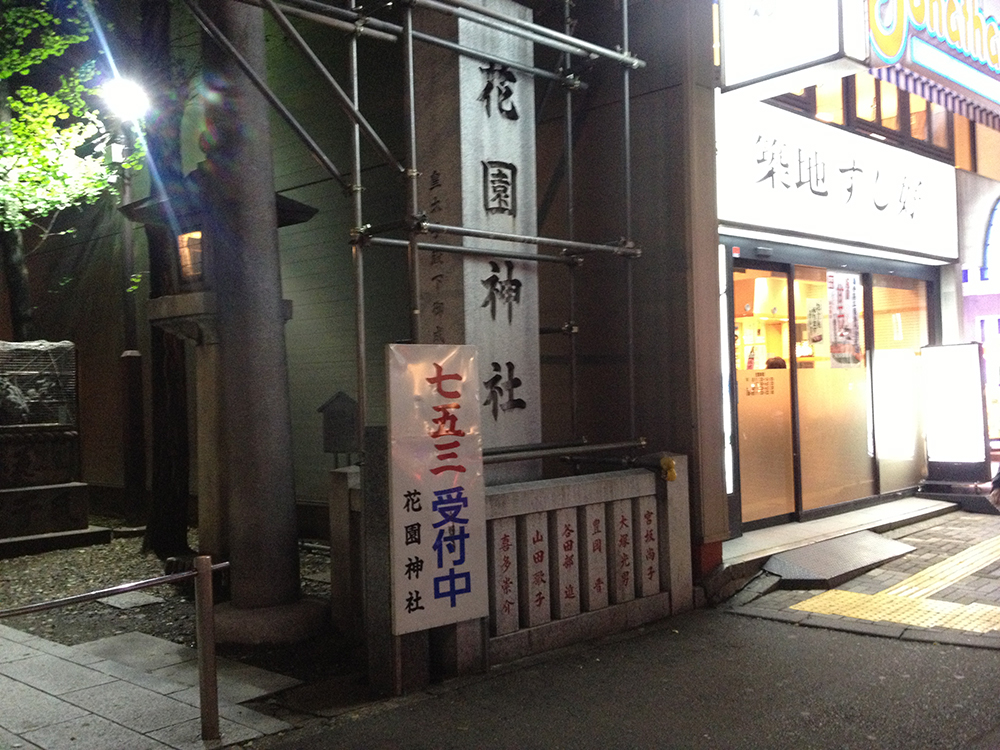 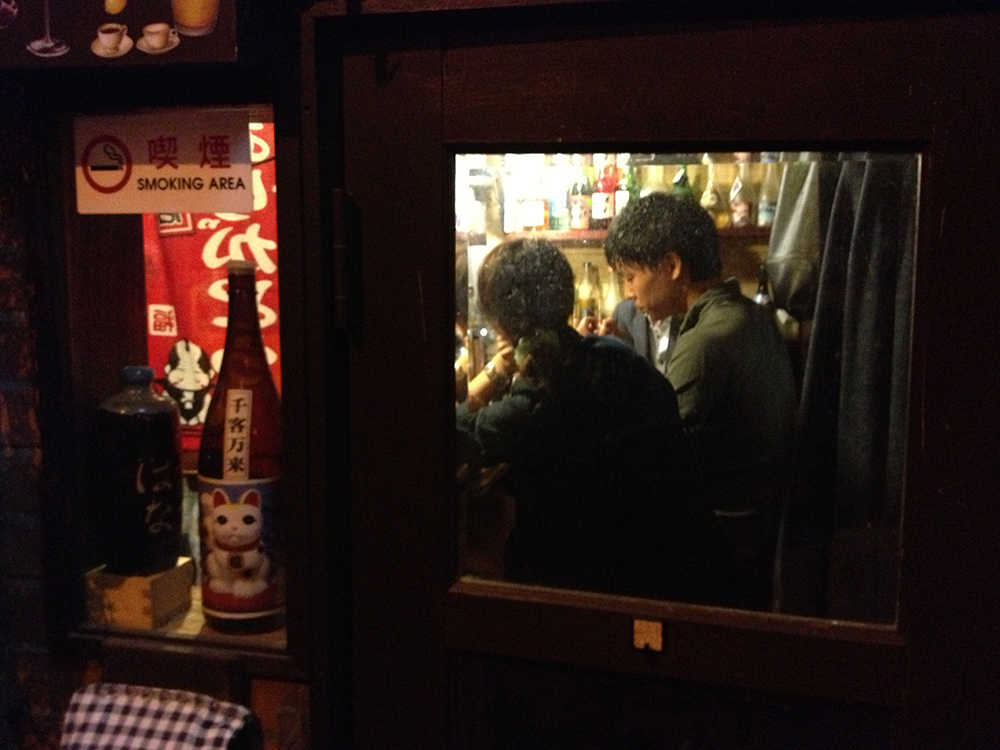 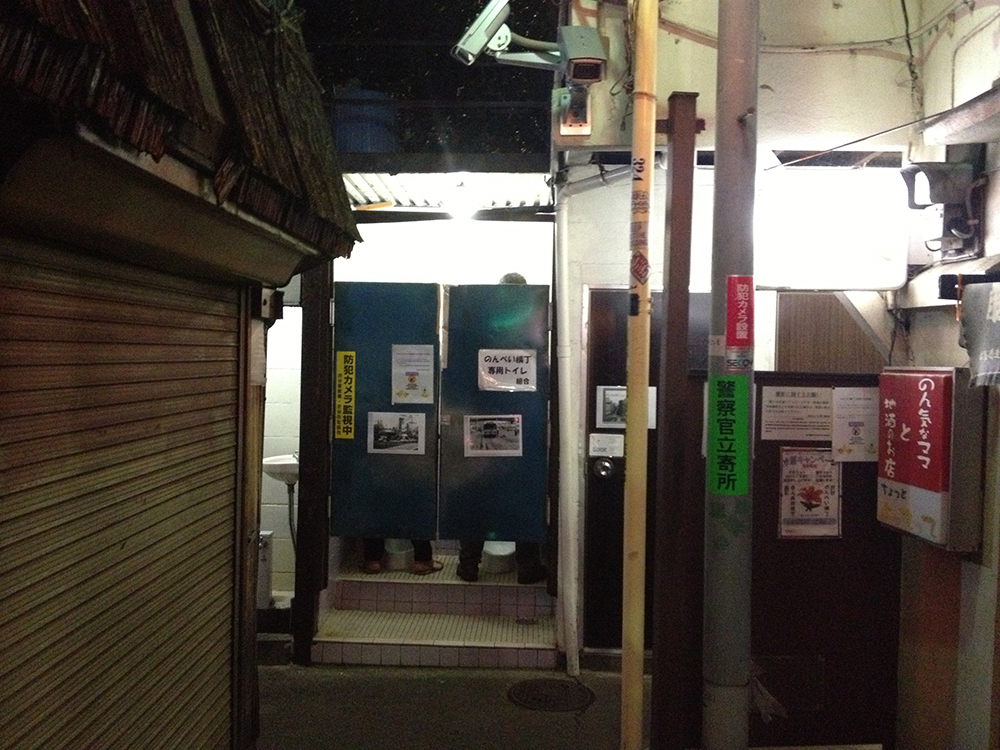 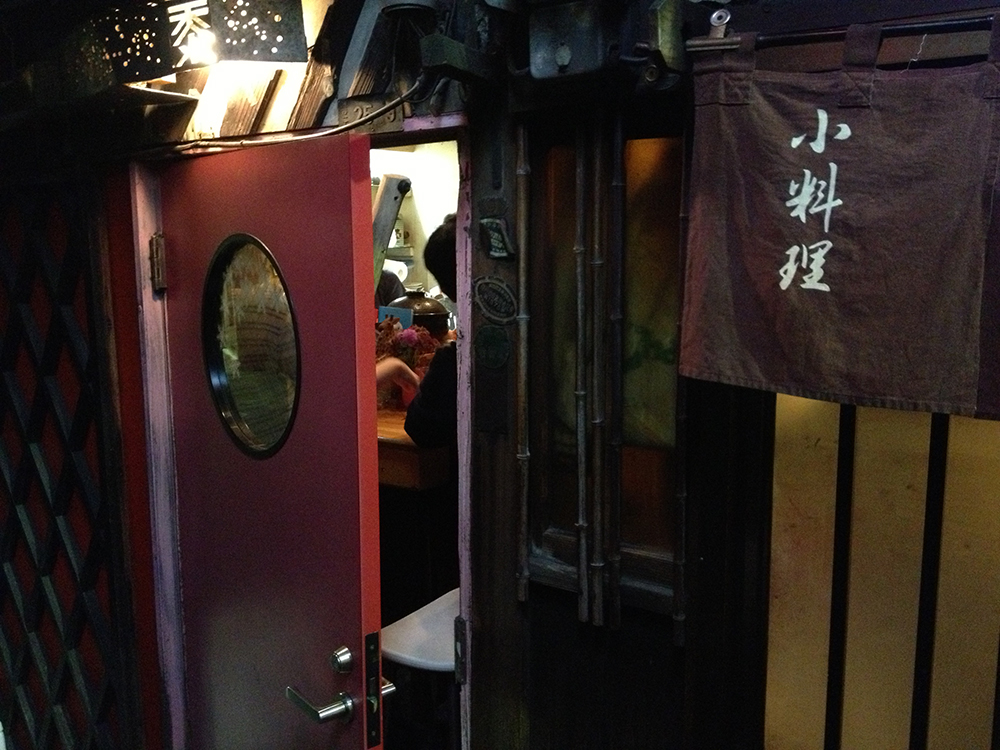 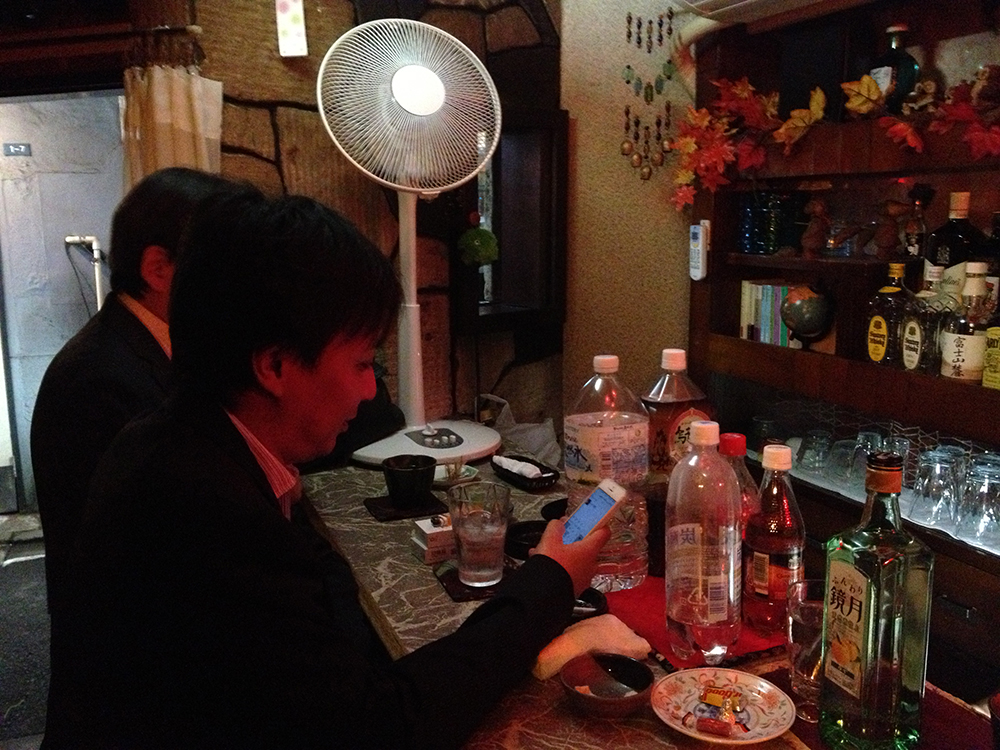 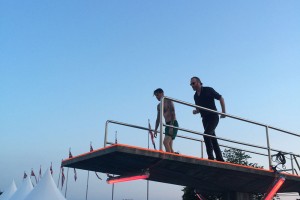 “We are lucky we are in a position we can book artists we like, and do not compromise.”

Thomas Venker talked to Claes Olsen about past, present and future of Øya. Comes with rare photos f…