Alli Neumann has really turned German pop upside down in recent years. It’s not every day that someone with so much attitude stirs up German-language pop and tops it all off with a proper statement against social norms. So it’s all the better that on her debut album “Madonna Whore Komplex” Alli manifests the complexity of her person once and for all and also openly displays her feminist and musical diversity. Down with the boundaries in our heads, Freedom at all costs – and to be absolutely clear: We are not talking about an egoistic freedom, as demanded by Conspiracy theorist, but a humanistic self-responsibility. And just how fragile this self-determination is was made particularly clear to Alli Neumann in recent months as a German-Polish woman. In this interview, we talk about her international identity, queerness in Poland and her feminist development. By Rosalie Ernst 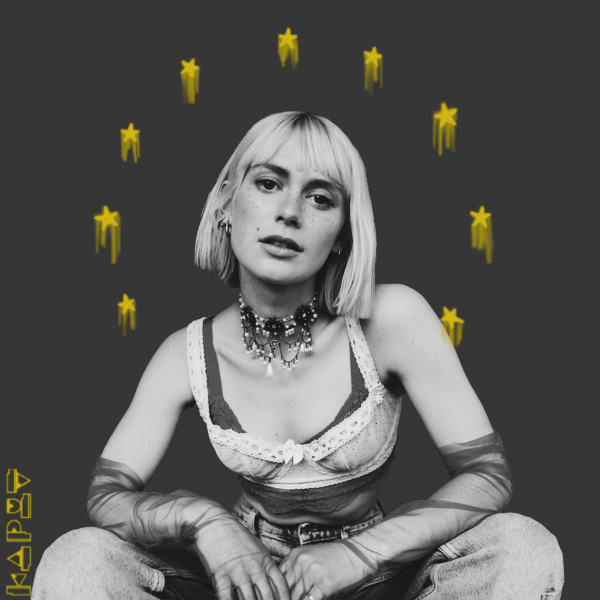 You were very active in the last EU election and you also celebrate the European identity in various introductions at your concerts (for example in “Wir fahren mit dem Zug”). What does that mean to you?

ALLI NEUMANN: For me, the European identity is in a way a peace of mind. I am a person who identifies very European overall: Growing up in Poland, then moving to Germany to a region where the Danish minority lives and my father is German with Lithuanian roots. So for me these borders never existed, neither in my head nor in my family and personal life. But when state borders come in between, it creates an emotional and familial lack of freedom. And then there is also an appreciation of the many cultural influences. Either one isolates oneself or one acknowledges this great added value of a diverse society and otherness.

How did things go in your family before the eastward enlargement of Europe in 2004? Can you still remember what that meant for your family?

For us specifically, of course, it made travelling to Poland much easier in pragmatic terms. But for my Polish family it has changed a lot, for example that since then you can work anywhere in the EU for an unlimited period of time. Many Polish family members can’t finance themselves exclusively with Polish jobs. This is of course a total gain for both sides, that the work situations have been made easier. We have an extreme nursing shortage in Germany and people elsewhere who need work. So why not open the borders and create a common labour market to be able to fill each other’s gaps.

About two years ago, you started an appeal on Insta and tried to organize meetings to strengthen the German-Polish community, because you hadn’t experienced this so strongly before. Has it changed for you since then?

For me personally, it was first important to express my German-Polish identity to the outside world and then make contact. The fact that I sang Polish songs at my concerts has also changed my audience. I now know several Polish organizations and political communities where we get together as a political regulars’ table. However, this is rather a sad phenomenon due to the current situation and usually has to do with protest actions against the abortion bans or the restrictions on LGBTQIA+ rights. But I would also be happy if there were more events for the Polish community in Germany that could be a bit more light-hearted. Meetings where people come together to be nostalgic, to cook, to sing and also to speak the Polish language.

How is the community you are so active in doing in Poland right now? I assume that it is similarly political and queer as your bubble here.

I first met many people through the protests and the problems in Poland. So most of them are activists or artists with whom I have sought contact in order to support each other. Well, how are they doing… I don’t know if there is a universal answer, because everyone deals with the pressure differently, but on the whole: Strained. The protests against the abortion laws have been going on for a few years now and the struggle of the LGBTQIA+ scene has been very acute for two years. But we are at a point where things are slowly getting better: Some of the LGBTQIA+ free zones have been dissolved again and I have the feeling that the Polish government feels the social, activist pressure. I’m totally grateful for every person who signs petitions outside of Poland, attends demos in front of embassies, because that’s an important pressure tool we have in Europe, which should not be underestimated.

Do you have the feeling that there is support from the EU? For example, there were sanctions by the European Union.

In general, I’m not a big fan of sanctions in general, and they affected European Corona aid, among other things. Every country is going through its own developments, and I find it difficult to judge numerically. It would be more helpful to really look at: How can we help those affected by these laws? What kind of services can we create to enable young women from Poland to have an abortion? There are already some great organizations, such as “Ciocia Basia”, that enable pregnant women to travel to Germany to have abortions. It would be great if this wasn’t always the task of activists, but also supported by state funds. One should also give trans people, for whom the pressure of suffering in Poland is too great, a clear signal that they are welcome and create safe places for them. For many, there is a real danger from the streets in Poland, because there is a well-connected hooligan scene that apparently physically attacks queer people. And all those who oppose, challenge social norms and work for progress need to know that they can count on us in case of emergency!

At Tincon you said that political and social messages are significantly meaningful for your motivation in being a public figure. Is your drive more creative or activist, especially when it comes to your public persona?

For me, it’s generally very hard to separate music from politics and activism. I grew up in the Ton Steine Scherben vein and learned to understand music as a tool that provides food for thought. So I can’t really draw any boundaries there. Of course, I’m happy that as a professional musician I now have other opportunities to pursue my ideas, both financially and in terms of time. But the political added value definitely remains an incentive for me to do this not just as a hobby.

Your album “Madonna Whore Komplex” shows that very well. There is such a blatant feminist development, which is also very subtly noticeable in every song. Were all the changes that took place in the Corona year (restrictive laws in Poland, queer movement, Black Lives Matter, new metoo accusations) also part of this album process?

That was a huge part of the album, but mostly of my personal development. Very few of these issues were new to me, but the intensity of the debates over the past two years was a whole new one. I have identified various -isms that I have used against myself as well as others and I am still learning a lot. I don’t even want to know what nonsense I’m taking for granted right now and what I’ll be throwing my hands up in my face about in a year’s time. There are so many narratives, especially from my school days, from a white, heteronormative dominance culture, that sit very deep in my socialisation. Even though I’ve already shed a lot, there just remains a lot of rudiments that I want to free myself from even further. Because what always remains from these ideas is fear, and fear is generally a pretty bad advisor.

Are there any songs in which this shows itself concretely?

It’s a general mindset on the album that I’ve always critically examined. “No Time” was also an absolute liberation process from all the nay-sayers you meet when you are organising demos, or when you are campaigning for streets to be renamed and you get one ‘no’ after another in your head. But most clearly, “Free” is about emancipation and also the resulting self-doubt and processes of liberation.

Freedom is a pretty good keyword. You are always compared to Nena and there are many similar motifs in your lyrics. But especially in front of the current movements that claim freedom, I ask myself, what is the difference between your freedom and theirs or theirs?

I used to enjoy the comparisons more because I admired how she celebrated freedom concepts of anti-authoritarian education, developmental freedom and pacifism in her songs. But people change and I find her current behaviour very reckless. It started with her not distancing herself from people in her circle of association who are clearly anti-Semitic. Unfortunately, these right-wing movements are always pretty good at basically claiming nice notions. They write nice words on their banner in order to then use them to lash out at others. And with freedom within a pandemic, it’s basically the same as with the issue of tolerance: the freedom of the individual ends where it restricts the freedom of another. I am in favour of freedom for all people, and that sometimes implies that an individual has to take a back seat. 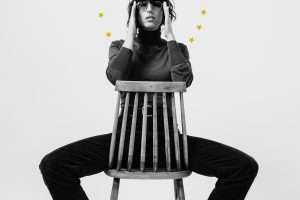 While European values are at their lowest, musicians are increasingly trying to speak up and turn th… 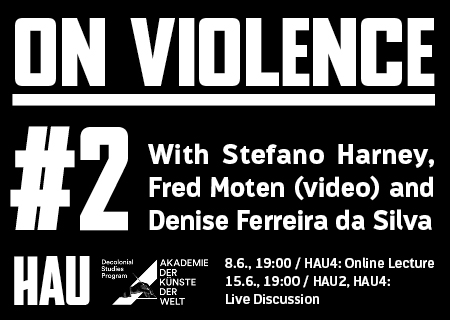