While European values are at their lowest, musicians are increasingly trying to speak up and turn the ship around themselves. More and more anthems accompany the demonstrations demanding human dignity, freedom and equality – values that were once agreed upon. In this new series, Kaput meets European artists and talks to them about attitude in music, European values and activism. This time it will be Drew Sycamore. Text and interview: Rosalie Ernst. 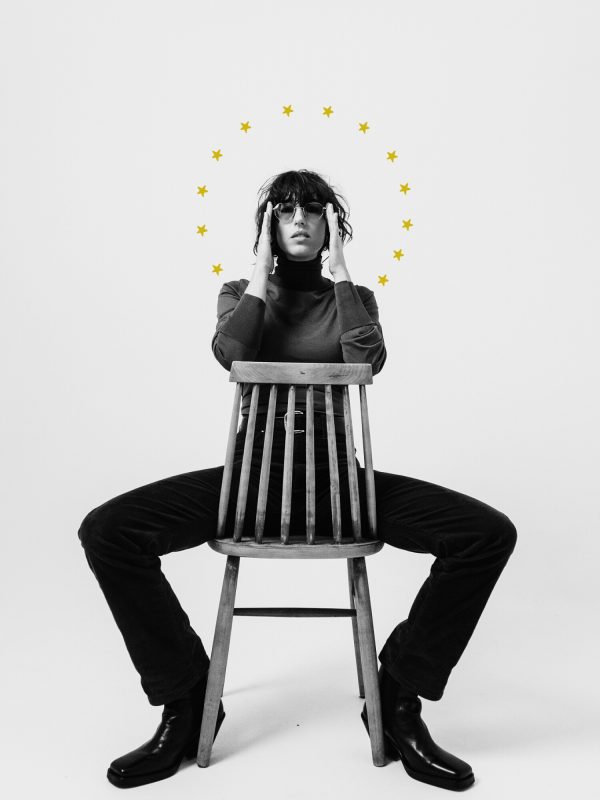 Not every person who has an opinion is necessarily loud about it. There are also subtle ways to share your lack of agreement with EU policies. Sometimes it’s a simple share, a couple of sentences before a love song – live on stage -, a dedication or even an interview where you can show your stance. So far the Danish singer Drew Sycamore has been known for her easy-going pop hits and has not been vocal about her views. But it is the desire to voicer her opinion that is burning inside her. Her androgynous look and her diverse music videos have only been a vague hint of her philosophy of life. Here she speaks plainly about feminism, democracy and non-negotiable values.

I have to say that I was a little surprised that you agreed to participate in this politics series. So far, you have said very little about current issues. Would you describe yourself as a political person or even an activist?
Actually, I consider myself a very politically engaged person. I have an inner activist in me. My mother raised me with a certain curiosity for improvement and taught me to question everything and keep an open mind. However, I don’t want to polarise. So when I’m Drew Sycamore, I tend to hold that back and try to unite rather than divide. I spend a lot of my energy asking myself how I can make the world a better place rhetorically. That’s what I do: I use words and music.

Which values are so important to you? What do you believe and campaign off stage?
DREW SYCAMORE These are absolute basic values that I don’t negotiate. Anti-racism, LGBTQIA rights and feminism. But of course there are tons of issues that could be pointed out, and interpretations vary widely in the different streams as well. Every person has a different point of view, every gaze has been formed differently and this difference needs to be allowed. But these basic values simply have to be the basis for a discussion, so that no one is reduced to their identity and background.

Unfortunately, that sounds pretty far away at the moment. I rather feel that everything is becoming more and more polarised and that these values are not at all set for everybody.
Yes, Brexit scared me a lot because it was a clear message of how sensitive our democracy is to this change of tone. This democratic decision was dominated by campaigning based on false evidence and lies. All the bad sides of social media were used and that showed how fragile this system is.

But isn’t there a bit more to it than just social media?
Well, democracy is based on people thinking for themselves, that they are educated and have all the information to make a decision. They shouldn’t be told what to think or do. But social media is designed precisely for us to make the next decision without even realising it. The algorithms, the advertising and all these money motivated systems are telling us what to do next, it’s not an educated decision anymore, it’s a system made to manipulate. And suddenly that very thing becomes the political forum and source. At the moment everything leads to being polarised because you’re in your own little bubble and you only see what you like and you don’t see any other opinion.

And do you think we can overcome that?
Sometimes moving forward means taking 3 steps forward and one step back. I think that is very symbolic of democracy, which is always a discourse between all opinions and between the ever-changing minds of people of all generations. But there I am talking about the big picture… Right now, when it comes to certain events in particular, I can get quite angry. I am shocked about the situation in Poland, for example. This obsessive control over the female body is grueling.

Did you deal with it a lot or do you sometimes try to keep topics away from yourself?
I was really into it. Poland also showed the good side of social media. I was able to get information, get in touch with Polish activists and read about it, even though it wasn’t covered in the Danish newspapers. The general control of the female body disgusts me. Politics has made it very clear that the female body does not belong to the woman concerned – especially when she* is pregnant. Of course, that is also true here in Denmark. As soon as you have a belly in front of you, all the boundaries we normally have, are torn down. Suddenly everyone is allowed to comment your body, ask questions, tell you what to do and not to do, and even touch it. All these things are completely over the top, but the female pregnant body still seems to belong to everyone else and last of all to the woman herself.

Can you draw inspiration from this kind of anger?
The heavier themes become poems in my notebook rather than songs. For me, music lends itself more to lighter themes at the moment. I have limited space, I can’t give all the information and I’m afraid of being misunderstood.

Have you ever made a clear decision not to say something in public?
Yes, of course. I often think things through… I sometimes feel like I haven’t taken a stand, although of course I am political. But on the other hand, I want to create a space for people who don’t think the same as me. My journey, my life and what I do is always open to change and that’s what I want to promote more than anything else. Be open to people who believe something completely different. Because you have to understand other people in order for them to have any interest in understanding you. That’s super hard, but that’s what democracy and getting ahead is all about: Trying to understand why people come to their own conclusions.

How do you manage balancing your enshrined values with the goal of including everyone?
The best thing is when the words in the lines are very poetic. Not too obscure, but a little obscure. That way you can listen to a song and it doesn’t strike you until you dig into the lyrics a bit. For example, I don’t use pronouns very often so that everyone can relate to my songs. A lot of my songs have a male perspective, and my female voice softens it up. I think these are small things, but they are totally important to create representation. I always feel a bit in between and I like that everyone can feel represented in my music. I was once asked what pronoun I use and I never asked myself that question, although my gender identity is something I think about a lot. I don’t think I care.

Do you think artists have some kind of responsibility?
Yes, and it is huge. It’s important to be a role model and a person who can inspire not only through music. I want to create a space for change and creativity. Creativity is in everything, also in politics. Many external changes have to start in oneself, have to touch something inside people. And that is what I am here for: To be an inspiration, because I believe that is the basis for external change.

Interview: Rosalie Ernst
[This series also brings you a Spotify-Playlist] 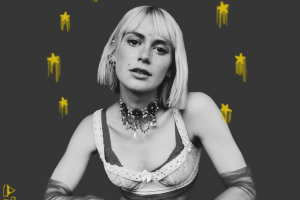 Alli Neumann has really turned German pop upside down in recent years. It's not every day that someo…