I met Jarboe at a New Years party in 2009. The invite had come from Algis Kizys, the former bassist of the Swans and Vincent Signorelli, Unsane’s drummer. A large group of musicians and artists packed their living room by midnight, including Norman Westberg of the Swans, Sparks from the early Beastie Boys days, Alexander Hacke of Einstürzende Neubauten, J.G. Thirlwell (aka Foetus) and Derrick Green of Sepultura, rubbing shoulders and drinking rum. In spite of the impressive collection of male performers, the arrival of a slender blonde woman attracted the most attention. I watched her move quietly through the room, almost invisible between the many leather jackets or hoodies and noticed how everybody seemed to know and respect her. After being introduced she asked me a couple of polite questions in a soft southern drawl and then moved on with the air of a queen. I was impressed.

The second time I met her was in Atlanta in 2011. I was there to perform a concert and called to ask her for an interview on Lary 7. I was directing a film on the legendary NY artist and as Jarboe had worked with him for years she agreed to tell me a couple of her stories. She greeted me in her house that was being renovated and I noticed that all her walls were painted black. The interview went well and I left after three hours, impressed by her musical knowledge, dedication and charisma.
A year later she invited my partner and I to double bill with her on a European tour, where she was presenting an album she had composed together with the cellist Helen Money. Thankfully we said yes because it was to be the nicest and most relaxed tour ever and we have been friends ever since. 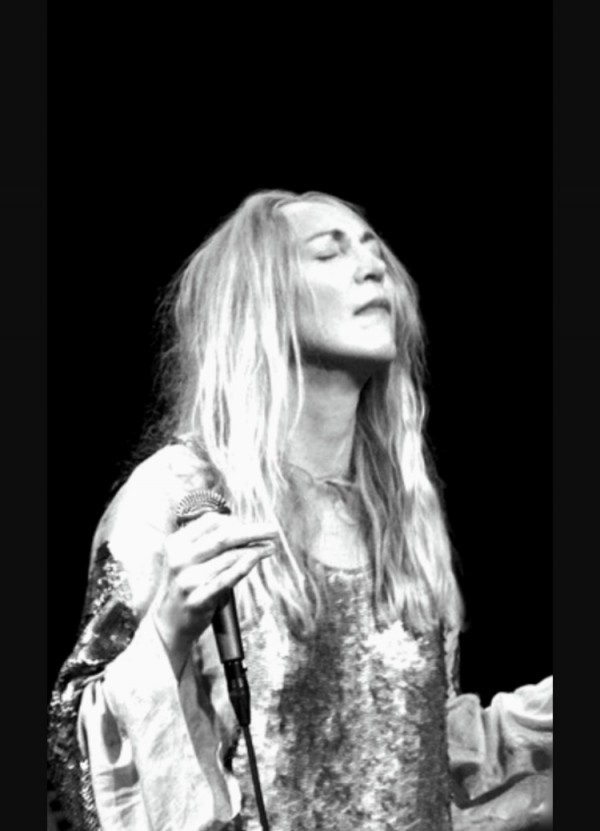 Jarboe came to prominence as a member of the New York City-based band Swans in 1985. She and Michael Gira became an iconic artist couple of the 80ies, mesmerizing the international underground scene until the band broke up in 1998. The trained opera singer went on to record solo albums and collaborating with Brian Williams, J. G. Thirlwell, Joseph Budenholzer of Backworld, Kid Congo Powers, Blixa Bargeld, Neurosis, Attila Csihar, Phil Anselmo. Currently she is releasing an EP “Consouling Sounds” together with Father Murphy and touring Europe.
On her website one finds this quite well fitting self description: “Jarboe draws from a variety of sources: childhood in the Mississippi delta and New Orleans, life in NYC’s east village during the post no-wave scene in the band Swans, university studies in literature and theatre, global travels, and a history of extensive recordings, collaborations, and performances. Jarboe’s voice and music is known for versatility and emotional conveyance in bold experimental as well as melodic diversity and expression.” 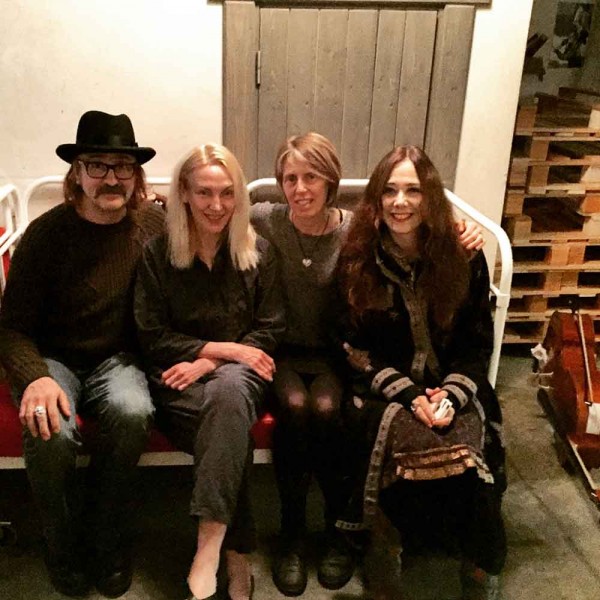 Danielle de Picciotto: Jarboe, you are releasing an Ep with Father Murphy. Could you please tell us of how you met and your connection to them?
Jarboe: Father Murphy is a duo from Italy. I saw their live performance several years ago and I found it so compelling that I had to work with them.

Danielle de Picciotto: You collaborate quite frequently with interesting artists. What do you look for in music and in collaborations?
Jarboe: It involves pure instinct, resonance, sense of intrigue and mystery. It involves mutual enthusiasm and trust. I prefer to work with artists that I get to know first. 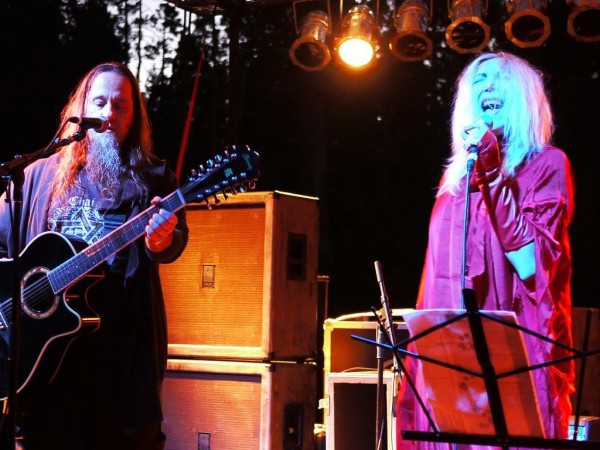 Danielle de Picciotto: How has your work evolved since leaving the Swans – working as a solo artist is a different setting than with a band, right? Does it give you more freedom or is it more challenging?
Jarboe: I was also doing solo albums the same time I was in Swans. In addition to the various line-ups of Swans for years, post Swans I’ve also worked live and in recording with the band Neurosis as well as several line-ups of The Living Jarboe band. My approach with a band is to make sure the individual strengths of every person come forward. It is a give and take such that the band is ideally the totality of all involved not just one ego.
Alternately, as multi-tasking: writer, composer, musician, vocalist, engineer, visual artist of my albums and website, the self-reliance is absolutely freeing and challenging. It requires a particular discipline to work alone.  You must motivate yourself to fulfill the project. No one is determining your schedule. No one else is pushing you to do better, to work harder, to go beyond your own limits of what you can do. You must be your own critic.

Danielle de Picciotto: You will be touring Europe with Father Murphy – what’s the line-up? Separate solo performances with collaboration at the end like you did with Helen Money?
Jarboe: Father Murphy will perform their own set and then I will join to perform my set. It is to flow as one set.

Danielle de Picciotto: What are your plans for the future?
Jarboe: Immediate future is a second Blackmouth album in 2018, a new Jarboe album in 2018 and live shows.

Käthe Kruse: “Half-hearted work is worth nothing”

"Difficult to answer. I am open and honest in a straightforward and direct way. That means I do not …