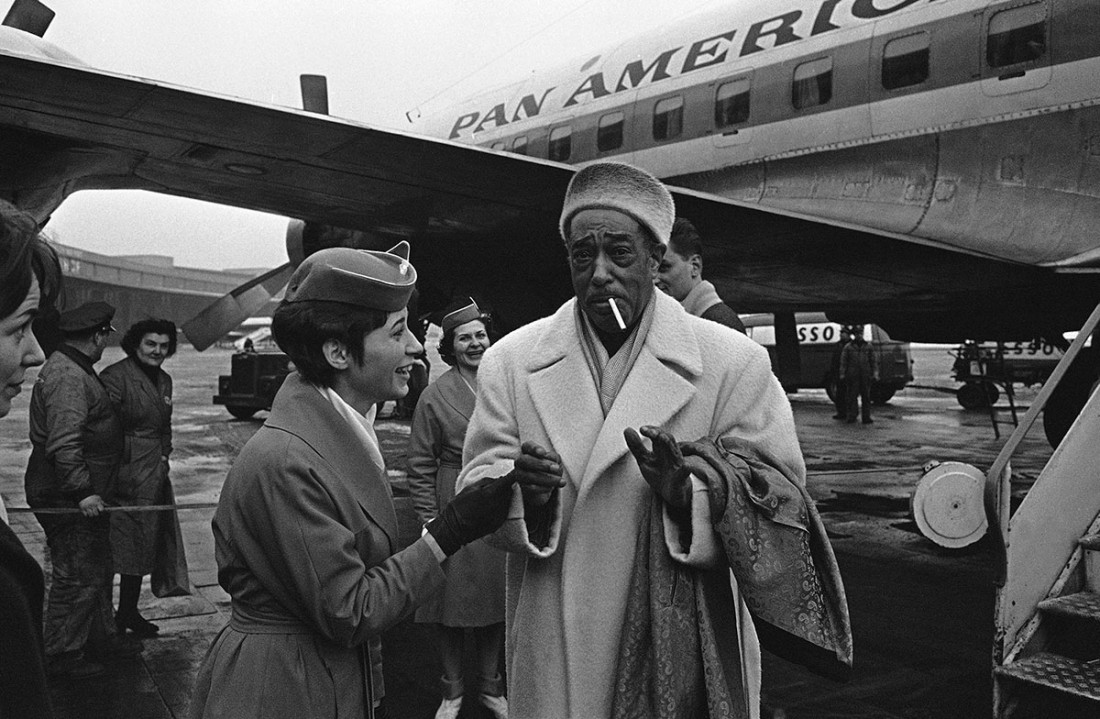 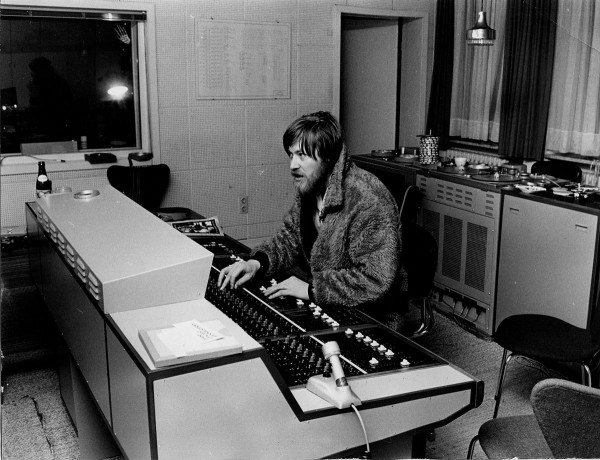 Some time in the spring of 1970 the great jazz musician Duke Ellington entered the studio of Krautrock impresario Conny Plank to record two songs: the elegant ensemble tune “Alderado” and the free roaming song “Afrique” – both in three different versions, now compiled on the “The Conny Plank Session” and released under the imprint Duke Ellington & His Orchestra.
To mark the occasion, Thomas Venker spoke to Conny Plank’s son Stephan Plank, and the nephew of Duke Ellington, Paul Ellington, about their lives with the ghosts of two musicians who changed the world of music forever.

Mr. Ellington, what is the most significant memory you have of your grandfather?
Paul Ellington: I have lots of memories of his music, but I was born in 1978 in Copenhagen, so I never got a chance to meet him. All I know, I learned from my father, Mercer Ellington.

That must be a lot as you’re now dealing with the legacy of your Grandfather?
Ellington: Yes, I am obviously the Executor of The Duke Ellington Estate. My job is to protect my Grandfather’s legacy and I have wonderful help in New York city for this. We are all very protective of his name and how and what he is recognized as in the present. The main concern for me is to make sure people don’t forget who he was, or how important he still is to American culture (both musically and historically).
I also have just recently finished up a Masters Degree from New York University in Film/Fine Arts. For me becoming a filmmaker and not just a musician is what I needed to do in order to help him stay relevant.

Mr. Plank, what is your most vibrant memory about your father?
Stephan Plank: As my father died very early, my memories are not sorted and come to me like an assault from nowhere. I remember his laugh very well and the respectful way he listened to me and other people, he was full of interest for others.
Music is such a carrier of memory gaps. During the production of music each single song is played over and over again, these versions are the soundtrack to my childhood. 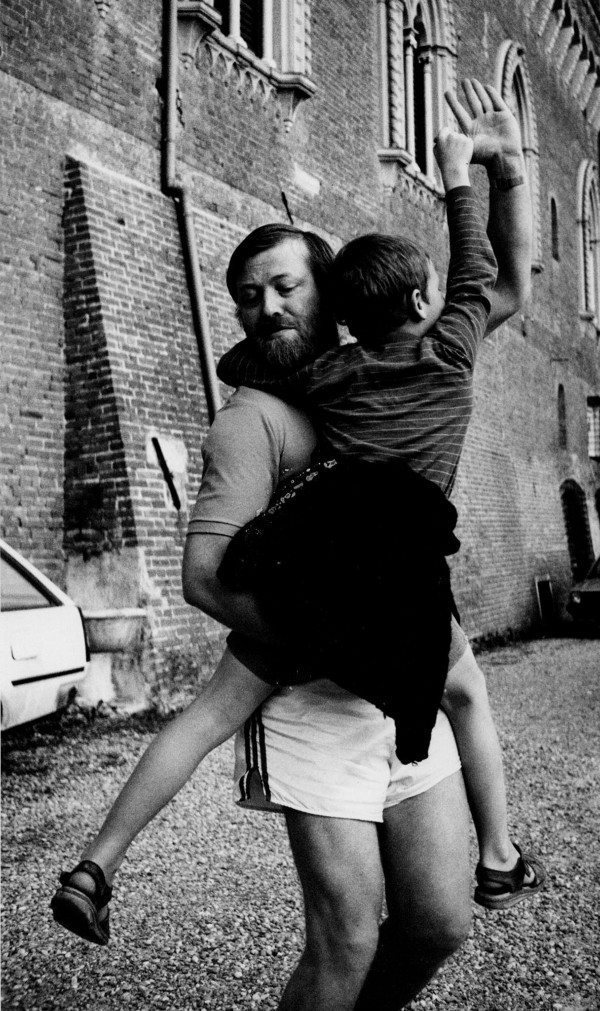 Did you find time within those few years you had with your father to share cultural things?
Plank: Not really. He died so early that I am able to tell you how my Dad was, but not who the producer Conny Plank was. Which is a pity, … on the other hand that inspired me to produce a documentary about my father. For this I’m asking a lot of companions, musicians and friends of my father how he was as a producer and as a human being.

How old were you when your father died?
Plank: I was 13.

How do you handle the process of memory when the person is not just a private one but also a very public persona?
Plank: I do not think that the process is so different. The only thing I recognised over the years is: the stories are getting better and better – with the result that the picture of him gets more inflated. But the picture of him I get through other peoples memories is quite different anyway.

Mr. Ellington, how did it feel as a child to be raised up with a grandfather of such a cultural impact?
Ellington: I always knew he was important but I don’t think I really figured out how important he was until I was about 12 years old. After this I started to travel with my father, Mercer Ellington, and the reaction people had to us, and to me at times is very emotional. You can feel and see how important he is in their eyes and that’s very special.
Plank: As a child the life of your parents is all just natural for you. For me those musicians who came to our house to work with my father were nothing else as playmates and not people you have to handle with special respect. My father was underpining this tendency through his very special way of producing them: for him a musician was a person in total.

Mr. Ellington, do you recognize your grandfather in all the stories and picture you see around in the world?
Ellington: I always know if he’s in a picture. I know what he looked like as a child, a young man, and also what he looked like in his 70’s.

Mr. Plank, how is this for you? Do you find Conny Plank in the stories you find and hear on the streets?
Plank: Yes and no. On one hand I believe that the essence of those stories is true. On the other hand I realised over the years that all those stories shine brighter and brighter on him… until they tell a cock and bull story. That said I was super happy when I found that Duke Ellington recording in the archive as this was one story I heard so often – and now we all know: it is a true one. Personally I knew that before. Not by talking to my father about it, but I was present when he talked to others about his session with Duke Ellington.

Mr. Ellington: This “Duke Ellington Conny Plank Session” is from 1970, did you already know of its existence?
Ellington: I didn’t know about this recording until Stephan Plank found it and thought, “hey this might be important”. And he is correct for a few different reasons. As you know Conny Plank is well known in Europe where I grew up and also in the States. So to have someone like that record the sound for Duke in 1970 is significant music news, and also should be a part of history in general. The fact that he was nervous doing so, being a Master in his field, also shows what kind of importance Duke had in Europe in his later years.

What is your favorite story about your grandfather Duke Ellington?
Ellington: I love the story about how Duke would always write music. I mean he really always wrote music right up to the performance. My favorite story is that he wrote something and then had it performed on stage, sight unseen, while using himself as the page-turner for the lead part.

And what is your favorite Duke Ellington recording?
My favorite album is probably “Duke Ellington and Louis Armstrong”. Because you can hear how much fun they were both having playing with one another. “Piano Reflections” is a close 2nd because it’s all about his wonderful piano skills.

Mr. Plank, what is your favorite Conny Plank story?
Plank: I have a very clear memory of the day my father worked in the studio with DAF. This was around the time when the German Schlager singer Nicole had a hit at the Eurovision Contest called “Ein bisschen Frieden” (“A little peace”) – as a reaction he recorded with DAF the song “Ein bisschen Krieg” (“A little bit of war”). Isnt that a genius idea?

Mr. Plank, Mr. Ellington, if you would have the chance to ask your father and your grandfather one thing, what would you ask him?
Plank: How did you choose the artists you work with?
Ellington: Dear Granddad, can I please just have one piano lesson?

Mr. Plank, Mr. Ellington, thank you for your time.