“Neukölln is about community and supporting each other, from local businesses to art practice.”

Always simply complaining about things, well anyone can do that. But to get involved is the high art of dissent. Emma Czerny (Magic Island), Michael Aniser (Noisekölln), Kevin Halpin (Shameless/Limitless) and Anton Teichmann (Mansions and Millions) channeled their discontent about the government-festival Pop-Kultur during endless bar nights and spontaneously initiated their own alternative for those who don’t feel represented: Off-Kultur-Festival.

If we understand it correctly: Your festival isn’t directed against the Pop-Kultur festival itself but explicitly against the 2016 edition in Neukölln where you think the line up doesn’t represent what Neukölln is about?
Michael Aniser: To be precise, it already started last year. The line-up of Pop-Kultur 2015 was quite one-dimensional for a festival that was the successor of the Berlin Music Week and which claimed to make everything better than before. Practically no local promoters were involved and they made it quite cozy for themselves by having Berghain as a venue. It just wasn’t representative of what is happening in the city – not even from a marketing-standpoint. The 2016 edition goes even further by coopting the supposed coolness of Neukölln

Anton Teichmann: The trigger certainly was the announcement of this years edition. But personally, I have a problem with the festival in general. I don’t think that we need another audience-festival run by the state which is in competition to already established festivals as well as independent and DIY-promoters. If this can’t be changed I would have least loved to see more positive effects on the local scene. I can’t find that, although this is what the festival claims to do. Most international acts would play in Berlin either way while Berlin acts are highly underrepresented.
Since there now is a focus on a neighborhood – the neighborhood I happen to live and work in, I asked myself why this festival doesn’t reflect what makes Neukölln so special. Where are all the local artists, why where mostly “clean” venues chosen and not the ones where the underground meets? Why weren’t local promoters not even asked?

Emma Czerny: This isn’t a completely new concept – major festivals like SXSW also have a huge off-venue element contributing to the influx of new artists/music to be discovered, which builds the infrastructure and credibility of the festival too, but moreso the industry in general. With Off-Kultur, we mainly want to shed light on the Neuköllners who contribute to this scene/kiez- many of which are not represented by Pop-Kultur. Plus, Neukölln is good at parties, and that’s something that Pop Kultur is not contributing this year.
We are all allies with Music Board, appreciate their support and are honoured to be included as a part of their community in representing Berlin culture. I was lucky to be a recipient of their stipendium program this year. So just to be clear – Off-Kultur is not an angry response to Pop-Kultur, but the contrary; an organic and productive development for all parties.

Anton Teichmann: I think one should be allowed to criticize these things. I mean we are talking about a state-run festival, not one with private interests. It should be legitimate, to ask for changes. I guess this is what democracy is about.

I assume that you have the opinion that Off-Kultur does more adequately represent the status quo of the streets of Neukölln. Can you illustrate what Neukölln is about for you and why your approach is doing different?
Emma Czerny: Neukölln is about community and supporting each other, from local businesses to art practice. This unpretentious, realtalk attitude is what makes the kiez authentic. Our approach is highlighting some of these venues, upcoming artists, and established artists without whom the community would not be so vibrant. We are shedding a bit more light on the underground.

Anton Teichmann: We can really only try to showcase a part of what is going on here, we are absolutely aware that we are not representing all of Neukölln. The focus is on the scenes we are involved in. We were simply surprised to find no traces of that in the Pop-Kultur program and so we decided to just do it ourselves.
One of the reasons the line up looks the way it does it due to the approach of having local promoter do their own stuff and not having a centralized booking team that decides from above what is worth being funded and represented.

Michael Aniser: I moved to Neukölln in 2010 and have since been working with countless promoters and venues here. As mentioned above, most of these have been left out at Pop-Kultur. They didn’t even try to start a dialogue but Neukölln is about this network where artists etc. help and support each other. This whole infrastructure has been ignore and thereby devaluated. All of which made Neukölln what it is. The festival is funded with 700.000€ – why doesn’t the city profit from this? Why does a lot of the money go to international acts?

If I understand the concept correctly, your approach is very decentralized and non-hierarchical; you as organizers seem to take on a more stimulating role. This sound likable but don’t you think there might be the danger you fail to have a clearly structured program? How will you avoid the dangers of over-democratization?
Anton Teichmann: It’s not entirely without hierarchies. We initiated the whole thing and then went out and asked people if the want to get involved. We do steer certain things and try to see who could do what sort shows at which venue. Since we know most of the local promoters personally, we are able to keep problems with organizing to a minimum through direct communication.

Emma Czerny: And actually this diversity is what makes Neukölln special. It’s a beautifull mess.

Michael Aniser: The program is defined by the neighborhood, by the local venues and places. This should be enough as a concept in order to reflect what really is going on here without indulging in artificial city marketing.

You, the organization team but also your collaborating venues and promoters are already the target group and the partners of the Pop-Kultur Festival – how do you deal with this double role?
Anton Teichmann: We simply aren’t partners of the official festivals and are claiming representation for ourselves. There isn’t any overlapping, this is in fact what is making it so easy to organize this festival in such a small amount of time because most of the local artists aren’t part of Pop-Kultur.
On the other hand: Our festival isn’t „us against them“ – we started the whole thing because of the above mentioned reasons but we are also just happy to represent Neukölln differently and don’t expect everyone to share our opinions.

Michael Aniser: Ideally, Pop-Kultur would have simply gotten in touch with the local scene and thereby acknowledged it. Off-Kultur is not „anti-festival“, it’s about opening up a discourse and shed the light on what is really happening. And we aren’t done yet, we just started announcing the first dates. We are happy if more people want to get involved. Just write us an email.

Will Off-Kultur be a one time event or can you imagine that it could be developed into a yearly event such as Torstraßenfestival – in a way that it’s emancipating itself from an anti-festival to Pop-Kultur an event in its own right?
Emma Czerny: We’ll see what happens. The point is, we are coming together to give our community and scene more opportunities– if they are not given to us, we will create them for ourselves!

Michael Aniser: As mentioned above its about showcasing the local scene and starting a constructive dialogue. We will see how things will develop. 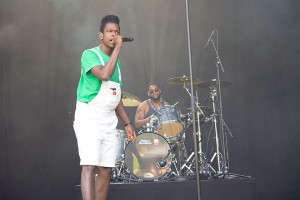 Park life (and the living is easy) 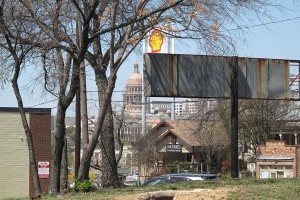