A good album title usually sets the scene pretty capably. Ogoya Nengo has chosen a pretty great one for her upcoming new album „On Mande“ given that it showcases how deep that musical style from Kenya is integrated in her every day life.
Kaput is honoured to premiere the first song of the album “On Monday” today:

Do you prefer being called Ogoya Nego, “the praised one”, your nick name since teenage days, or your born name Anastasi Oluoch?
I was named Oluoch, later baptized as Anastasia in a village called Magoya. Its tradition for all men to be referred to as Jamagoya (man of Magoya) and women as Nyamagoya (woman of Magoya). This is where the name Ogoya Nengo came from by all my friends and village elders as a stage name from an early age so I prefer it.

You come from a small town named Magoya, near the Kenyan shores of Lake Victoria – maybe you could tell us a bit of this place and how your music, the style of Dodo is reflecting this origin?
Dodo music is not only from Magoya, it is very wide spread in Nyanza region. It’s a style of music sang by the Luo tribe from Kenya. It’s very traditional and central to the culture as it was sang and danced by men and women of the olden days. This music hasn’t really ever updated itself and fewer young people are interested in picking up this music as they call it ‘music for the old’.

Also your band is called „The Dodos Woman´s Group“, a reference to your all woman outfit. Is that an important dimension for you? And how is the inner structure of your band, are you a classical group leader / front woman in the recording process and stage presence?
The name Dodo Women’s group just came from the fact that mostly its women that take part in the singing and dancing of Dodo music, but it can also be sang by men too. In Kenya, we perform as an all-women’s group. While recording and doing international shows, we include a few men to help with some back up instruments like the traditional Ohangla Drums, Nyatiti, flute and many more to make our music more diverse and unique.

For a long time you performed your music only in your home country. How did it happen that you came in contact with Stefan Schneider and Scen Kacirek, who produced your international debut album „Rang´ala – New Recordings from Siaya County, Kenya“, and the label Honest Jon’s who released it? Do you see differences in the way European and western people in general listen to your music? And if so, how?
I came into contact with Sven and Stephan through Goethe Institute Nairobi through George Ouma Odhiambo of Jojo Records. He, George, was appointed by the Goethe Institute to travel with the two musicians from Germany (Sven and Stephan) who were interested in discovering the Luo music along Lake Victoria. This is the time they recorded my first album released by the label Honest Jon’s in London and my second album in Germany.

Through your tours you also had the chance to see a lot of contemporary music from all over the world. I would be interested to know which artists you personally like?
I have become very fond of Sven Kacirek’s kind of music.

There will be a new album coming out soon: „On Mande“ – what could you tell us about the recording process? What do we have to expect?
We recorded this new album, on Monday, in my home village in Rangalla, we did open air recordings in a very relaxed and cool environment. We did our very best and we enjoyed every bit of it with all the help we got from Sven and Stephan. Our fans should expect some good enthusiastic tune from my amazing team.

We are debuting here the first single of the album: „On Monday“ – please tell us a bit about the song and its subject matter.
“On Monday” is our first song in this new album composed by Ouma Jojo, it was sang and accompanied by the traditional Nyatiti. The group members were trained to sing in English and hence the name “On Monday”. It’s a song that basically tells of how the group members are always together meeting on all days of the week.

Ogoya, thank you so much for your time. Enjoy your monday. 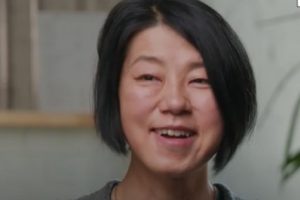 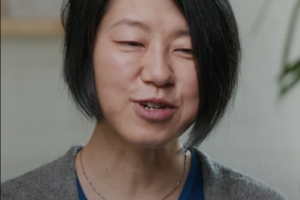