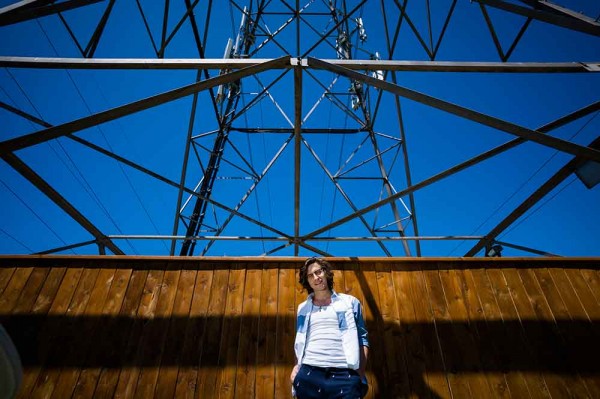 Due to the nine hour time difference between Seattle and Cologne, I’m drinking my after-work beer, whereas Richie Nelson sits in front of me via skype with his morning coffee – same moment but different times of day.

I met Richie when he was just nineteen years old and sat with nerdy glasses, colorful sweaters and a very interested gaze from the front row in my class at University of Washington. He was my student during my three years of being a teaching assistant at the Department of Germanics, wrote his bachelor thesis with me and the years thereafter we developed a friendship. Out of similar interests we stayed in touch, even with the big difference of having back to Cologne. 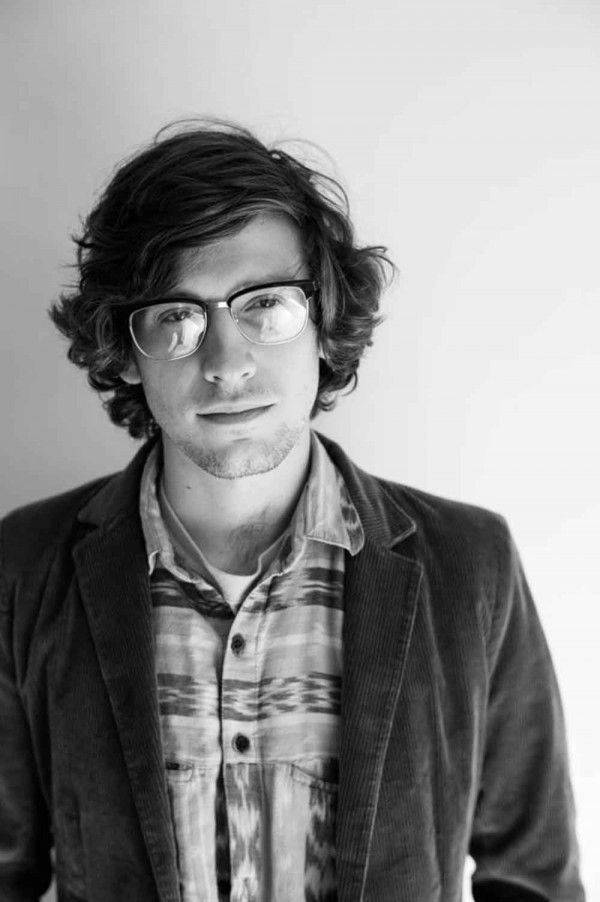 Richie, last time I visited Seattle and hung out with you must have been almost 3 years ago. You just founded a record label.
Yeah, I started the label CTPAK with my best friend. It’s kind of hard though, because you need some sales people with you at a label. We are a collective around 20 people and we kind of all want to be artists. But it works, we release music online, on CD and on tape. We also started a monthly at a club called Kremwerk, a club with a bunch of electronic music. But we unfortunately put a hold on it. I still put together shows with our band. For that we book other bands and DJs.

Your band is the reason why we skype today. Why did you choose your band’s name after the 70s punk rock song from The Germs? I know your name is Richie -short for Richard- but that can’t be the only reason, can it?
I guess that was sort of the first connection to it, but my first music was all punk, I really found my music light and energy through punk music and I really developed from there. Before, it was just top-40 rock songs that I’d hear on the radio as a kid and then also orchestra but that all wasn’t really interesting to me. So the name is like an ode to that punk-foundation. But also, stylistically I feel irreverent, staying within a mold, my mind doesn’t work that way, I guess. It’s pretty amazing when I see artists recording an album and I can see there is a general style, but that is not really what I want for that project. So, having a name that applies from a genre that’s totally opposite from my sound, I feel like it kind of already confuses people and opens up the listener, it doesn’t always have to be clearly defined!

Even though your music is stylistically not punk, your mindset is.
Yeah, I think being irreverent stylistically is somewhat punk rock in a way. Our EP “Tenderness” is probably the most pop and the most defined work that I have done. That was a stretch and a challenge for me.

How much did your band help develop the songs of the EP?
Surprisingly, the band itself comes off more as a funk group, that is not so much in the recordings, but when we perform live, and when we practice, we have tons of groove. I’ve stopped playing most of the instrument myself and have given it to other people so I can just be a front person. That is kind of a new thing for me. I’m still learning how to become a stage personality. I’m super shy, I get so much anxiety performing that is so hard to open up. But I think we’ve found a lot of growth in many of our live shows and with the current band members. I found them mostly through personal relationships, some of them were strangers at first, but we had similar friends. And it finally feels like a family, everyone really vibes with each other. I do pretty much all of the recording and the writing and I notate mostly and then give it to the band or I’ll isolate the guitar and send it to the guitarist and then we spend a few months tweaking it. So of course, it is always kind of a collaborative work. 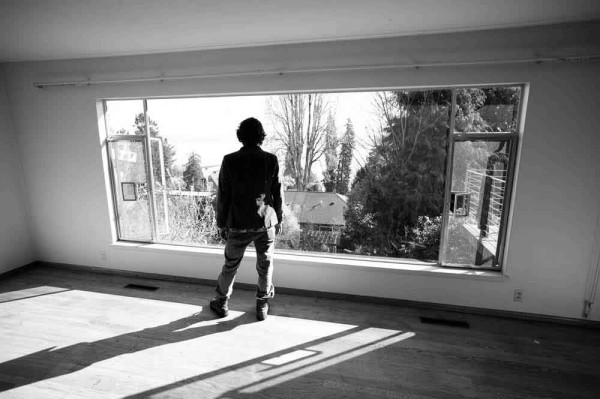 You state: Richie Dagger’s Crime is a powerful assemblage of some of Seattle’s finest musicians including Eric Padget [Vince Mira, Devotchka, Corespondents] and Chris Anderson [Gorillaz, Mos Def], Coreena and more. You are not lacking song writers. How did you decide on doing the EP project with a lot of covers?
It was through a friend, Kjell Nelson, he was a producer for this EP and he stretched my boundaries a lot, we worked together on the project for three months. Usually I produce all my own stuff, so this was an interesting experiment, but it was pretty fun and he adds different styles that I don’t typically deal with. A big part of it was doing covers, or reinterpretation of different songs. “Just a little bit” is, for example, not a cover, until the bridge. And then the bridge vocal melody is a cover of “Tell me” by Groove Theory. And “It’s Only Noise” is essentially a Jamie XX song that doesn’t have any vocals in the original, so I just added it to it. We took a small sample from the original song and then we built it off that sample.

Did you hear from any of the musicians that you honored with your covers, remixes?
Of course I reached out to all of them. I heard back from Gonjasufi, he really liked it. Dave Wakeling from General Public enjoyed the song “Tenderness”. “Chloe Dancer” is originally by Mother Love Bone, Andy Wood wrote it, he’s passed away, but Sean Smith, who is a long-time Seattle musician, super great song writer and vocalist, he came to a recording session and he knew Andy Wood and is super familiar with the song and he really liked it so it was very nice to get his feedback and approval.

Can you say a few words about the professional dancer in the video of “Sheep”?
The dancer is The Lady B, just a wonderful trans and queer advocate and Drag queen artist. She is iconic in Seattle and I knew her through the queer and trans LGBT artist collective called Lion’s Main that a bunch of my friends are a part of. She is the star of the video.

Do you see her part of the video as a political statement?
Yeah, I think the video is very political. I guess it’s just metaphoric for who is really living freely as themselves. And The Lady B embodies that experience around everyone else on their phones. We digest politics through our screens. If anything, that’s what politics is about: It is about expressing ourselves freely and being able to live without oppression. And no matter what side you are on, that is what you are striving for. Sheep in the herd never realize that they are not that individual behind the shepherd and just part of the group. The whole video is talking about the shepherd, the sheep and the lion. And it’s okay to wonder who is who. But at the end of the day you are just kind of yourself, it’s unnecessary to get wrapped up. Sometimes you get crazy defining who you are in those frameworks.

You were the only student in my German class at University of Washington that used the male and the female version in language. It was brave because you made more mistakes doing it. I also thought it was great, because you showed the importance of gender equality.
That’s really good. I don’t know if I fully understood what I was doing at the time with using the German language in that way but it does reflect my standpoint, yes.

Speaking of dreaming and striving to be someone who you really want to be, this narrative is fundamental to your new music video of “Stepping out”, a cover of Joe Jackson. There is a magical realism between reality and the dream world. It also gives a unique analysis of the original song.
I think the music video is about love and a magical world, but if you interpret it directly it is also about stalking. And making a music video about quasi-stalking is risky territory. But that’s what came out in the end. Still, I think Danger Charles, who did all the camera work, and my friend Lucas Celler, who directed it did a wonderful job.
It was kind of a crazy shoot. We spent two days preparing and shot for five nights. We all slept together in my studio, we would wake up around 2 p.m., meet up around 4 p.m., because we had to shoot in the dark. And the taxi driver was so awesome. We didn’t expect it was going to go so late. We hired him and I felt so bad, he has a wife and kids and we didn’t expect the sun to go down so late. But he had a lot of fun in the end and he really likes the original song. One of the most stressful things was to get the shots of the sign of “Pike Place Market”. There is a strip club on 1st avenue with a huge sign across Pike Place and there is a taxi spot there that is reserved to pick people up. But we parked in that spot to use the lighting and to get a lot of the shots. And people were constantly yelling at us. And I’m surprised we didn’t get pulled over since sometimes we also had to stop in the middle of the road, because the car had to stop with the lyrics. But it all worked out and I reached my goal to make Seattle seem like a really big city. 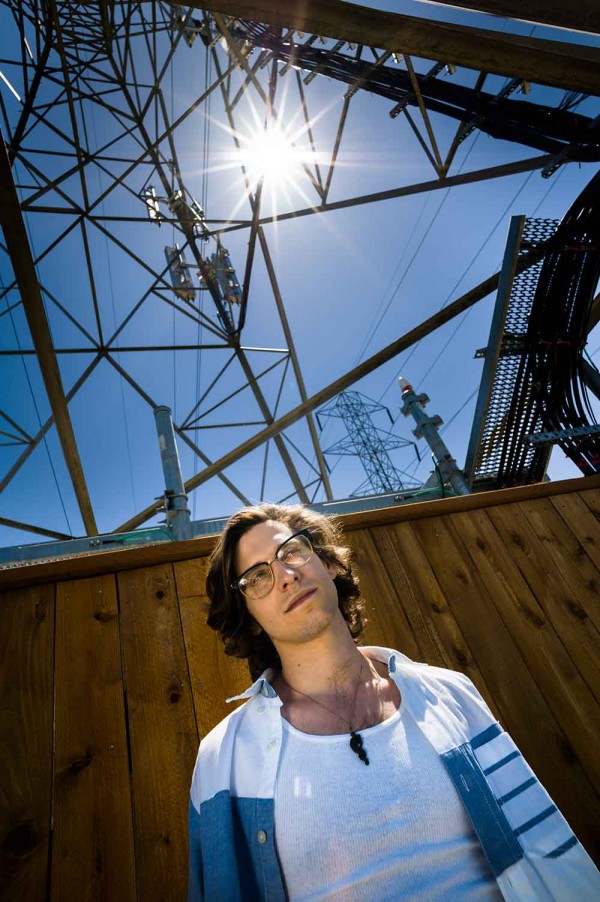 Big city, big plans… I heard you have an album release coming up.
First, I will put out two singles in November and hopefully we will have the 15-track album ready in February or March. Online, on our website on bandcamp or on CTPAK.org you can buy our music as mp3, on CD or on tape. A vinyl is also planned.

Richie, do you have somewhat like a big dream for your career?
I just enjoy making music. I feel like it’s a huge privilege. Last week I wrote out a whole song in sheet music and then I invited my band come over and they all played it. So, I just enjoy that, hearing my own work in real time and just having the ability to do that. I just feel lucky.