„WE AREN’T MAINSTREAM, WE STILL HAVE AN AURA OF UNDERGROUND“ 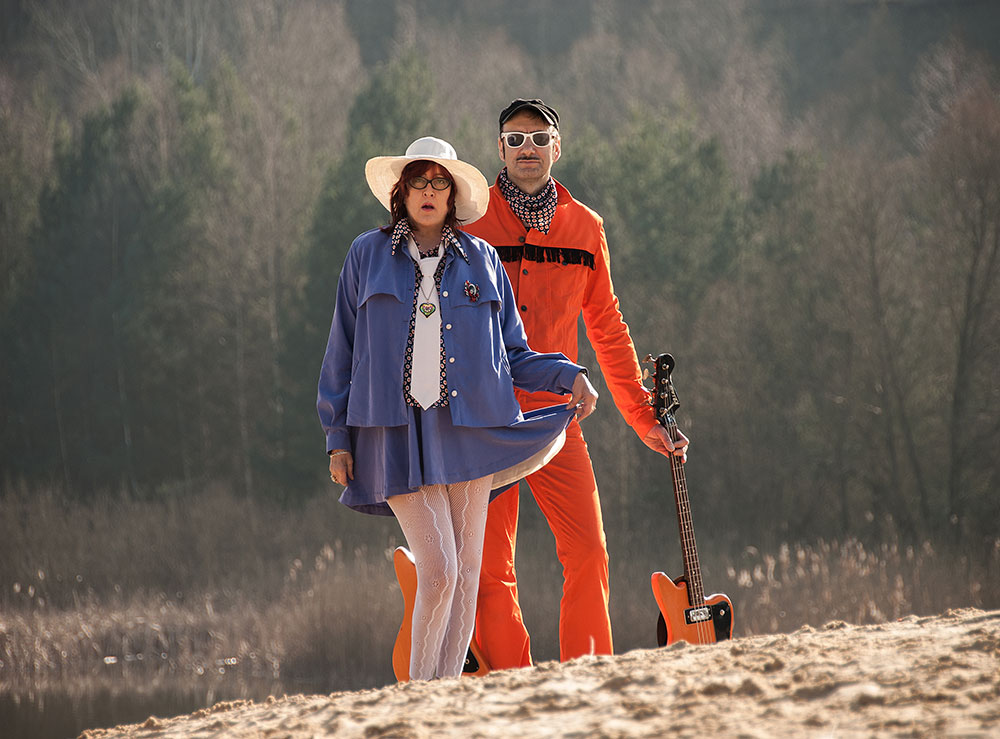 The sexy hit machine from Berlin Kreuzberg is back – ok, Stereo Total have never really been gone. If Francoise Cactus and Brezel Göring haven’t just released a new album, they make film music or theater plays. Or they accompany obscure productions like the „Ernst-Neger-Komplex“ at the Mausonturm in Frankfurt, where Brezel Göring recently served as the conférencier (Francoise: „Not even I do know, what he is doing there.“).
The new record „Les Hormones“ (Staatsakt) does once again sound as exuberantly wild and crazy, as if Stereo Total didn’t have clocked up 23 years

The record is full of hits: „C’est mon secret“, „Adieu Sophie“, „Docteur Love“, and the single „Zu schön für dich?“ of course, which satirizes the current self-optimation- and beauty-craze in a way only Stereo Total can – and introduced the beautiful term „Pampelmusenbusen“ (grapefruit bosom) into the pop vocabulary. As always there are songs in different languages (this time: German, English, French, Japanese), that gets booties shaking with its unique electro-rock’n’chanson-mix.
Time for a talk with Francoise Cactus who catched a cold but is nevertheless in a brilliant mood, caughing and laughing alternately. Her tips for a cold: bathtub, ginger tea, ayurvedic breathing tee. Bon rétablissement!

Your new record is called „Les Hormones“ – are Stereo Total now battling with the climacteric period or are you still going through puberty?
Francoise Cactus: Haha! Both, I guess! We certainly did get a bit older in the meantime, but we are still up for playing! The record title is based on a true story: When I was a young girl still living in Burgundy, I did have a band with three guys. We were called Les Hormones – back in the early Eighties hormones were totally hip. There had been talk about hormones everywhere: in the water, in pork, and especially in pills. We thought, that it was fantastic band name. I did play guitar. Then I went on vacation for a couple of weeks, and when I came back, they had replaced me – with a boy! They wanted to be by themselves, they believed, that girls couldn’t play guitar. I was appalled, and moved to Berlin a little bit later. But I still have contact to them, well, the ones who are still alive. One is dead, unfortunately.

A couple of songs on „Les Hormones“ are once again in Japanese – where did you learn to speak Japanese so well?
I do not speak Japanese – i do write the lyrics in German and a friend translated them for me. Then I write down the phonetic spelling of the words, so that I can sing the lyrics. Japanese does always sound a little bit sexy, I think. 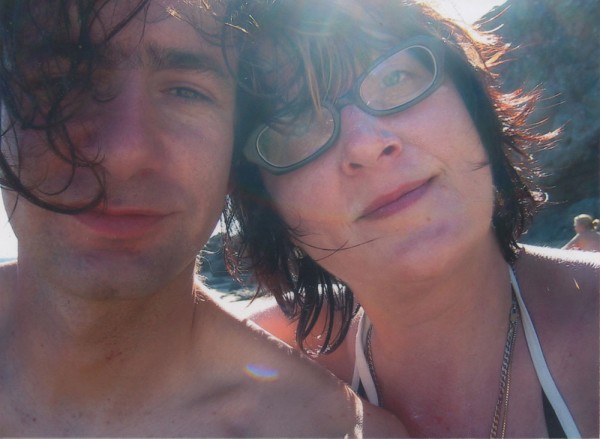 In which language do you prefer to sing about love and sex?
In German! Of course no one does believe me that, but to me German seems really extraordinarily suitable to sing about sex. But it would be to limited to only write and sing in German.

You are really famous all over the world, especially in Asia – what do you think are the reasons for that?
I think it is, because we don’t sound as clean and slick. We aren’t mainstream, we still have an aura of underground. People do like that, everywhere. „Liebe zu dritt“, for example, has been released in six or seven languages by now. And we once recorded a whole album in Spanish („No Controller“), which means, that we are an international band anyway.

Ten years ago you had Fred Bigot alias Electronicat as support and accompany musician with you on tour – I do remember a totally wacky performance in Frankfurt. Are you planning on doing something together again?
Oh, we still are really good friends with Fred, we hang out a lot, but we haven’t made music together for a long time. On the upcoming tour in the spring, we are being accompanied by Maurice de la Falaise, a really great, young, Mexican DJ.

You are producing one record after the next – aren’t you ever running out of ideas?
Nonsense, on the contrary! Making music is getting easier for us as years go by: Brezel and I get on so well in the studio, that it happens just by itself. One starts something and then the song is done. This time Brezel had to put the stops on me: He insisted, that no more than 14 songs were on the album! And we didn’t include any cover versions this time, which also shows, that we still have enough ideas on our own.

What do you do with the left over songs?
Some will be used on compilations, that we have been requested to be part of…

Ah, that’s where you are planting your discard!
Non non! Discard has to stay discard – we hide that very well. We are both very chaotic, our apartment is full of boxes and suitcase, that we found in the trash, and somewhere in there are the songs, that don’t end on our records. A lot is still on floppy discs or other data storage devices, for which the required equipment doesn’t exist anymore! I like to say, that it will be a great assignment for history students to sight our estate… or it will be our pension fund, if we decide to release everything after all. 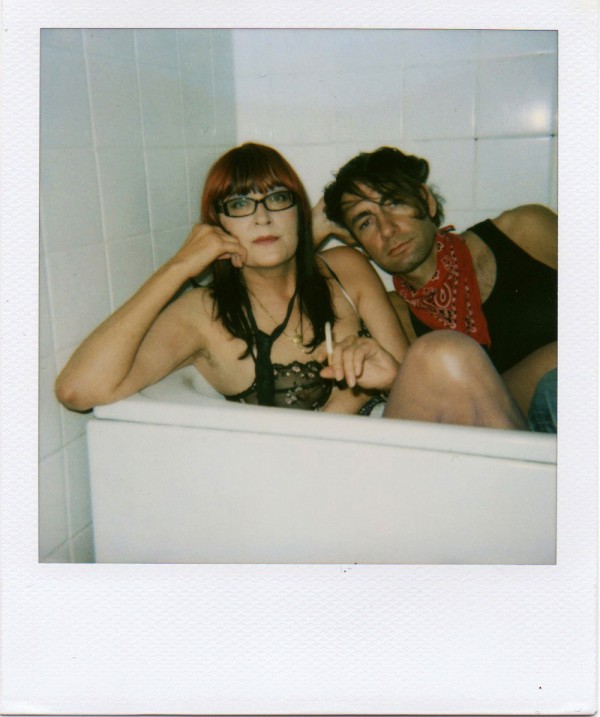 Do you see yourself as a role model?
Definitely! Oui! Oui! There aren’t that many female drummers… only recently a young woman, from a punk band from Berlin, told me, that she startet playing drums because of me. That’s awesome!

The band exists since intangible 23 years – do you get the young music fans as well?
Of course – there are always very young people in the audience. Sometimes girls come up to me after the show and tell me „I know all your records from my mother.“