“We want to elicit the demons from the light and make them die in the backstreet.” 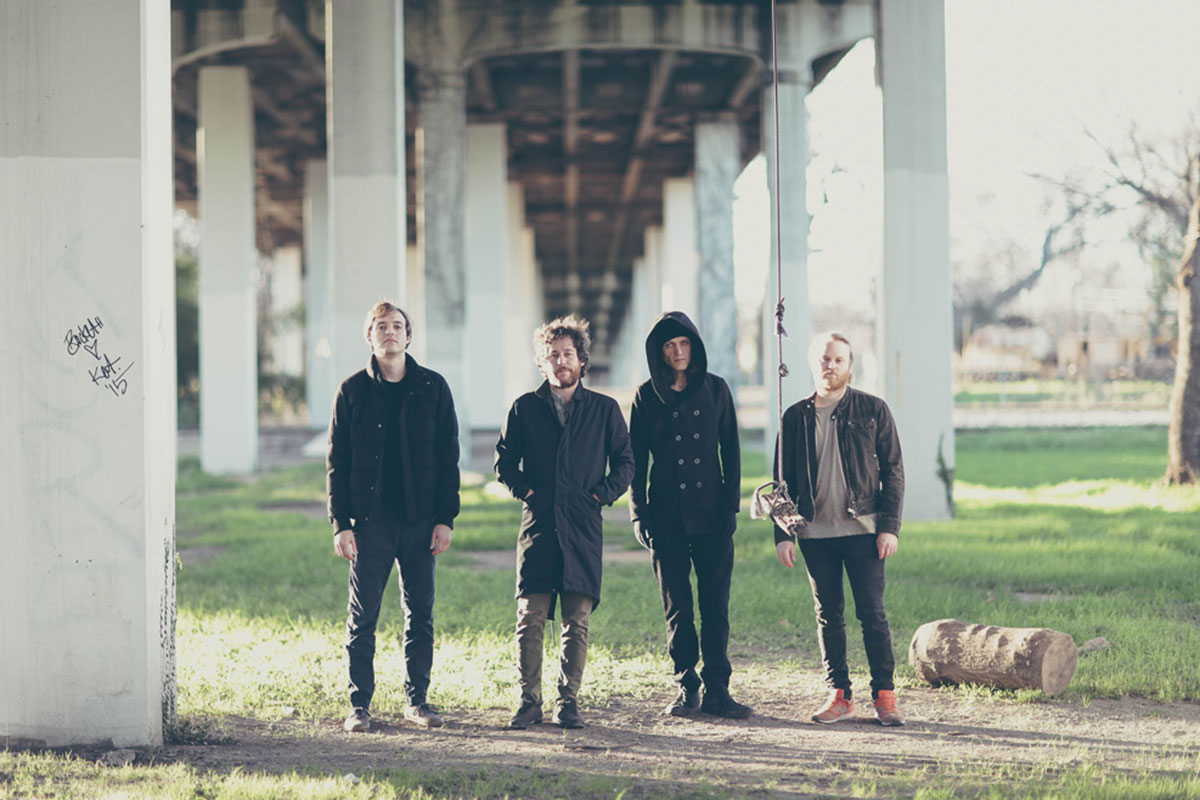 It fits the modesty of Kyle Dixon and Michael Stein that we already hung out for a couple of hours and made our way through the collection of Broad Museum in Los Angeles, before they finally tell me why they really are in town: „Stranger Things“ made them travel from their hometown of Austin, Texas to the classy West Coast. Not some random strange things of course, we are talking about the spooky Netflix series that lately brought out the binge watcher in all of us – Dixon and Stein composed the original score to this Stephen-King-esque mystery drama, showcasing their wide range of influences from the soundtrack works of John Carpenter and Goblin to scores by Tangerine Dream, Giorgio Moroder / Harold Faltermeyer – revealing a not expected weakness for 70s sounds and 90s R´n´B and even Mariah Carey in addition to their signature coolness.

I have known the guys for a few years because of their band Survive, a mind-blowing drone-psychedelic foursome from Austin, whom I accompanied during the 2013 edition of SXSW for a little documentary. 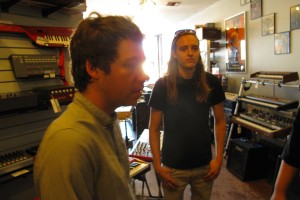 At that time we visited Michael Stein at the synthesizer shop Switched On in which he was working at that time – and got a pretty good inside view on what later on became the apparatus moderati for their “Stranger Things” score. One statement from the conversation with Stein, Dixon and their two bandmates Adam Jones and Mark Donica stuck with me in particular. On the question what the stream of consciousness of Survive was, they answered: 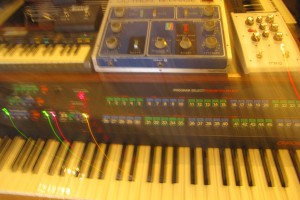 “It feels like a science fiction movie to us, like the soundtrack for one of those John Carpenter films, or one of the high tensioned Giallo movies from Italy. It is all about cosmic energy, music which fits well with the dramaturgy of late nights. There is a certain urgency and seriousness, humorlessness, toughness. Our music is thrilling, dynamic, narrative. It feels like being high on Xanax. It happens quite regular we keep on working like vampires on music till six in the morning. We want to elicit the demons from the light and make them die in the backstreet.”

Well, no wonder they finally got a call from Hollywood to compose the score for “Stanger Things”.

Kyle, as far as I know Michael and you never did any movie music project before. How did it all come together? Did the director know your band Survive?
Kyle Dixon: Yes, Matt and Ross Duffer, who created the series and directed six of the 8 episodes, are fans of Survive, that’s how we got involved. They asked us if we were available for a project like this and put the Song “Dirge” from our last album on the mock trailer with which they pitched their concept to Netflix.
After that we had to convince the producers that we are the right choice, being able to cover all kind of moods not only the dark and cold and spooky moments. We spent probably six weeks of writing demos every evening after work and went during this period through our stuff lying around, sending music over, getting feedback and filling in the gaps for some of the moods we don’t usually touch on in the Survive project. 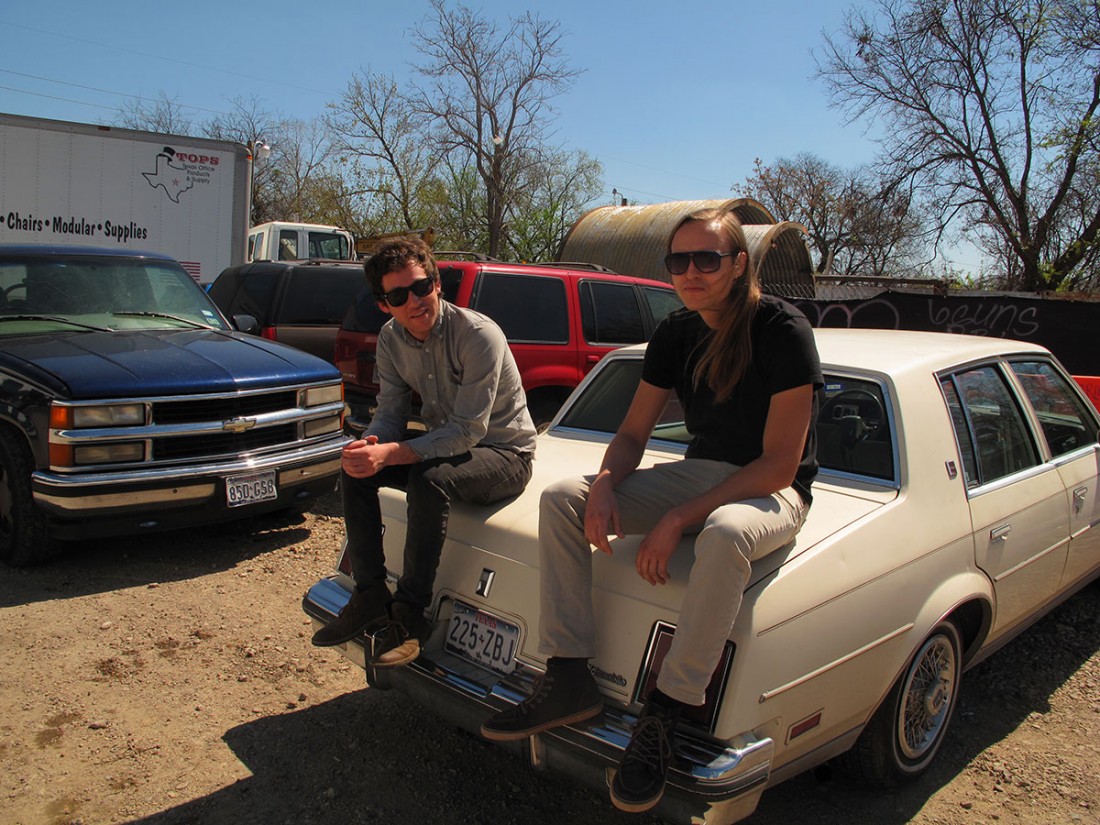 How would you describe the process of writing such a score? By listening very carefully to the episodes I got the impression we are talking about hours of music, right? Did you get the series in complete with a long list of scenes and motifs to produce for or was this an ongoing process of music production while the filming was still going on?
We collaborated very closely with the Duffers. Obviously they were busy coordinating all the aspects of the show, but the music was a big part for them and they made it a point to be available for discussion. That being said it was a very collaborative experience. The Duffers are definitely music people, even though they aren’t musicians themselves. They are great at pairing music to a scene and helping describe their vision. At the same time they are humble enough to realize when they don’t know what they want for a scene, and put their faith in us to figure something out.

Because we started so early, there was a fairly sizable library of moods to draw from, which helped guide us when writing cues for certain scenes that still needed work. In most cases even if we had something from the library that fit the scene we still ended up tailoring it to fit, so it was a combination of writing freely with a certain mood in mind, and straight up scoring to picture.
The Duffers were encouraging us to come up with some dark sounds, they wanted us to scare the shit out of the kids – and adults.

Coming from a band background – what was the main difference for you as musicians working on a project like this with all those little fragments?
It was a bit strange at first, coming from wanting to make full songs and compositions. That being said we have always kept tabs on random little motifs that sounded cinematic to us in preparation for doing scoring work. This isn’t a new idea for us, we just lucked out and got a solid opportunity to get into this type of work. Scoring can actually be easier than writing music for an album because there is a very clear goal or mood that you have to convey. Constraints can be liberating. 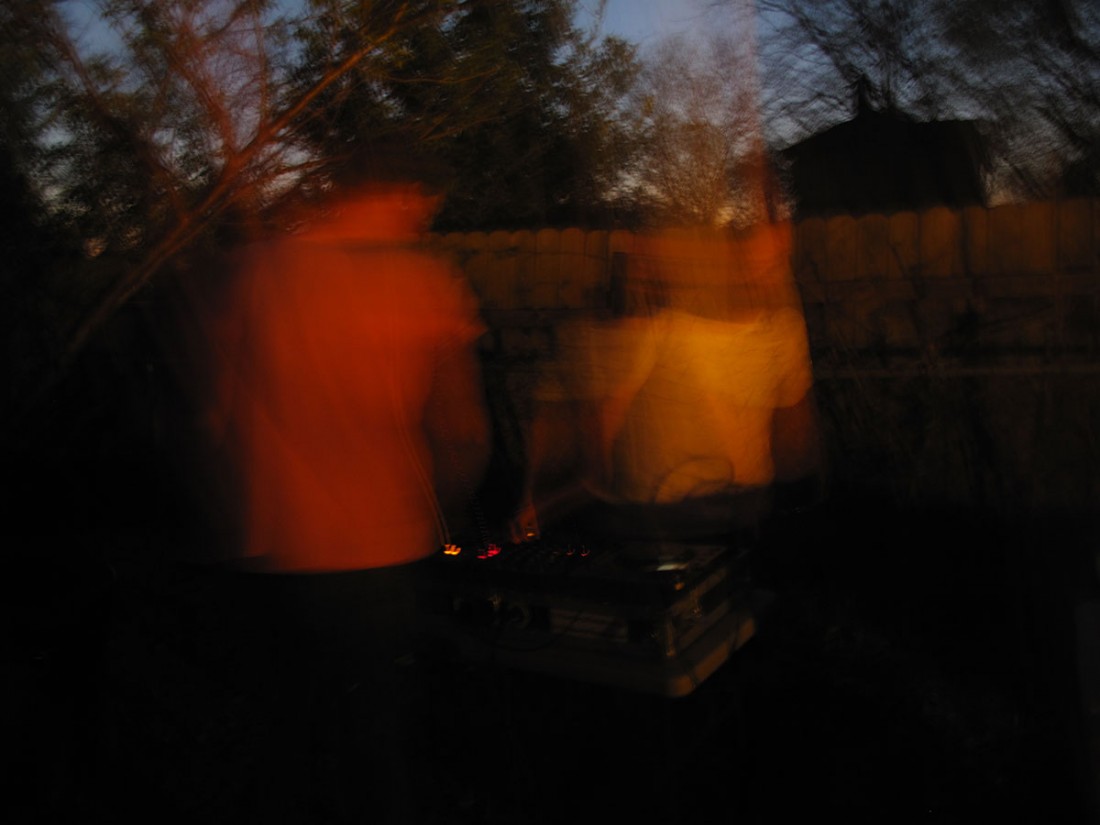 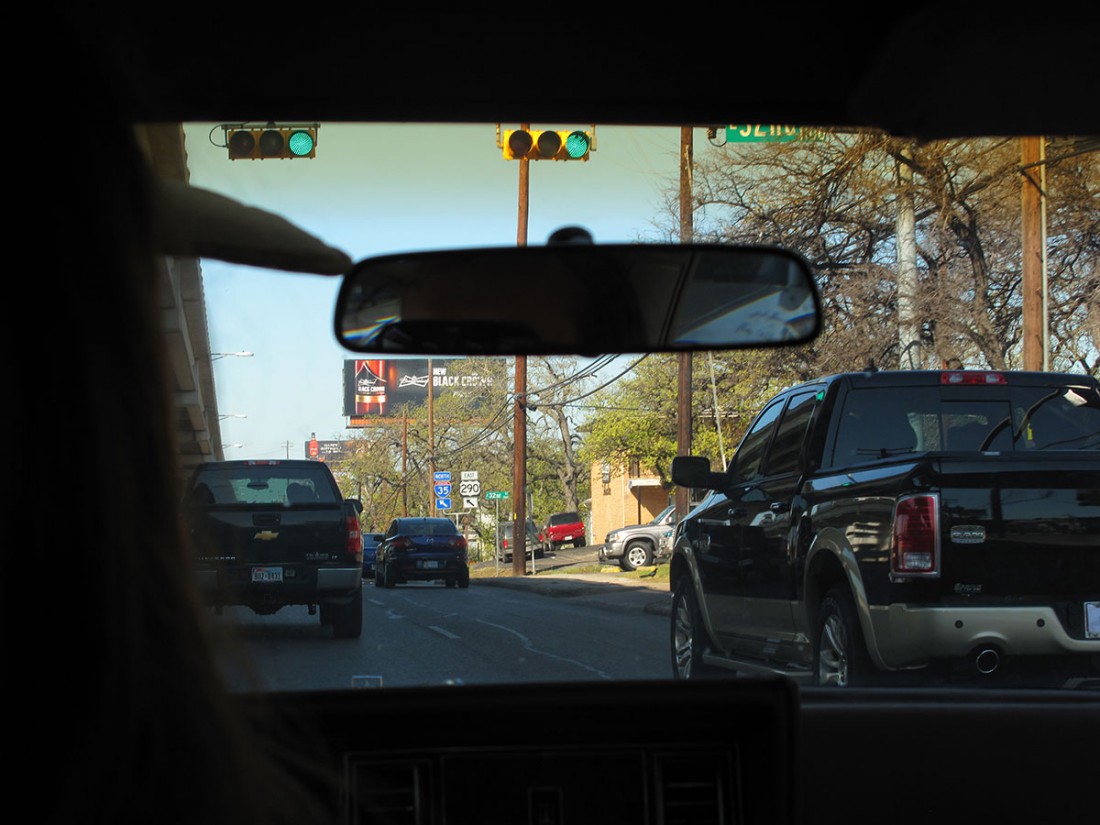 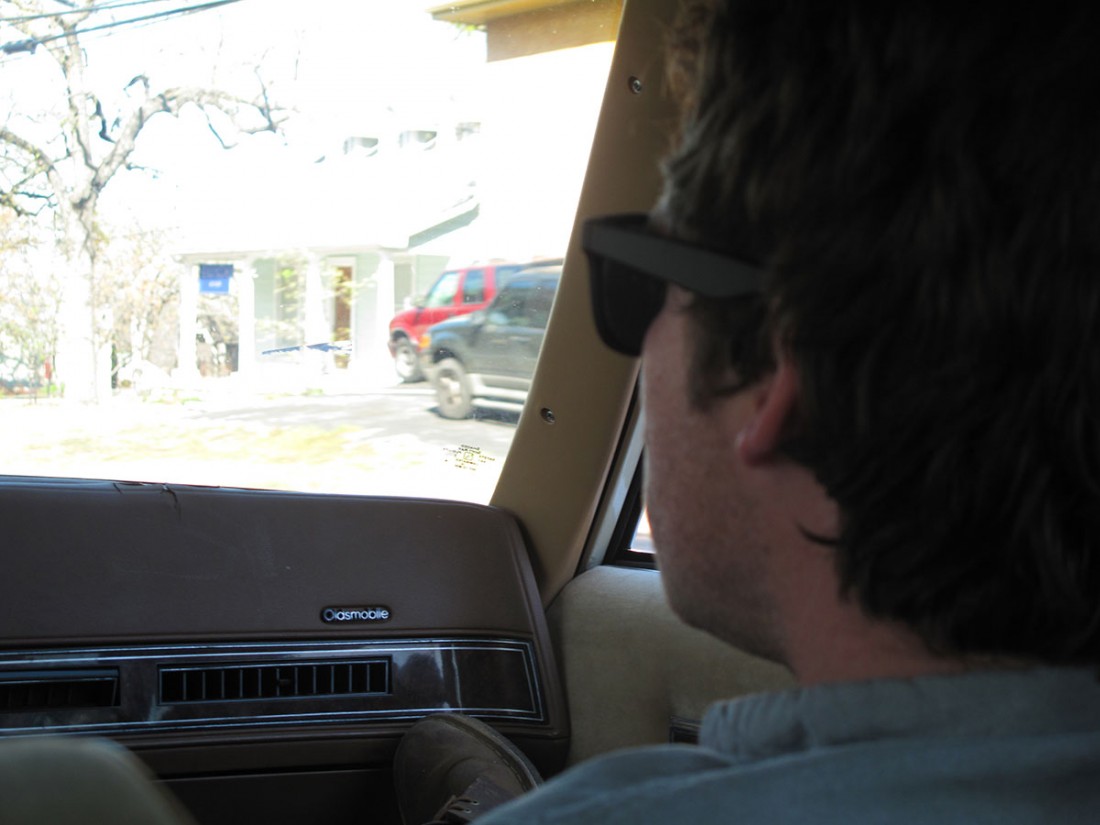 How deep into the story and the atmosphere did you have to go to be able to produce the music? I mean there are a lot of character themes.
Well, we worked on the show for over half a year, so its to be expected that we somehow bonded with the characters. It’s an odd feeling, seeing people every day without ever meeting them, still working on the same project, but working in a vacuum of sorts. 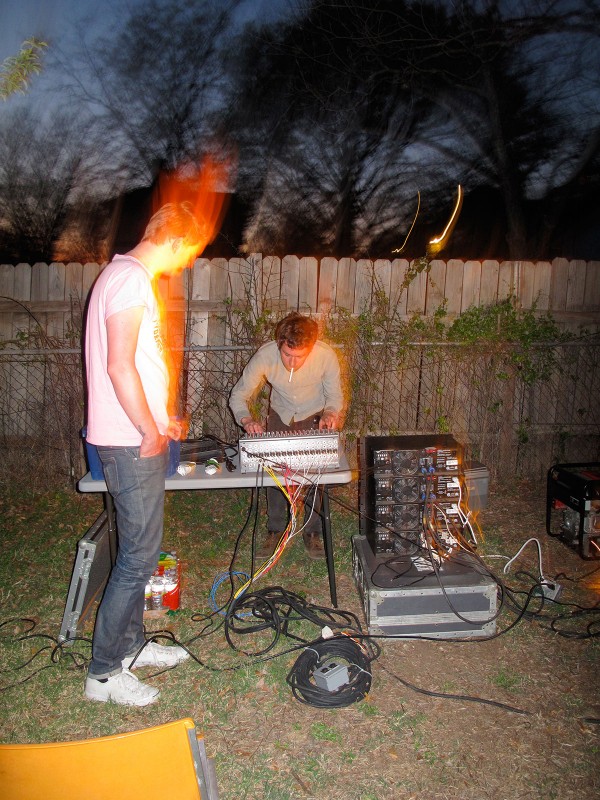 You attended the opening party in Los Angeles the other night. Did some of the actors come up to you and talk to you about the score – or did they even discuss their themes with you while the filming was still going on? I mean some of the actors owe you a lot as your music was in some cases central for the decision on filling as it helped the writers form the characters.
It was a very pleasant experience to meet all the actors. Everyone was very positive and congratulatory about our work on the score, which is about all you can ask for.
In general we are really thankful for the feedback. The reception of the show has been overwhelmingly positive. We knew the show was going to be good, but it has definitely exceeded our expectations. 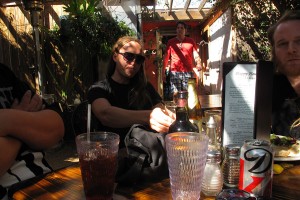 Besides working on the score for “Stranger Things” you did also  record a new Survive album. What is to be expected from that one?
The album was actually finished before we started any work on “Stranger Things”, so, if anything, the show was influenced by the record, although I think they are two very different projects. The response to the album has also been very positive, so there must be enough similarity between the show & album to help grow the fan base. 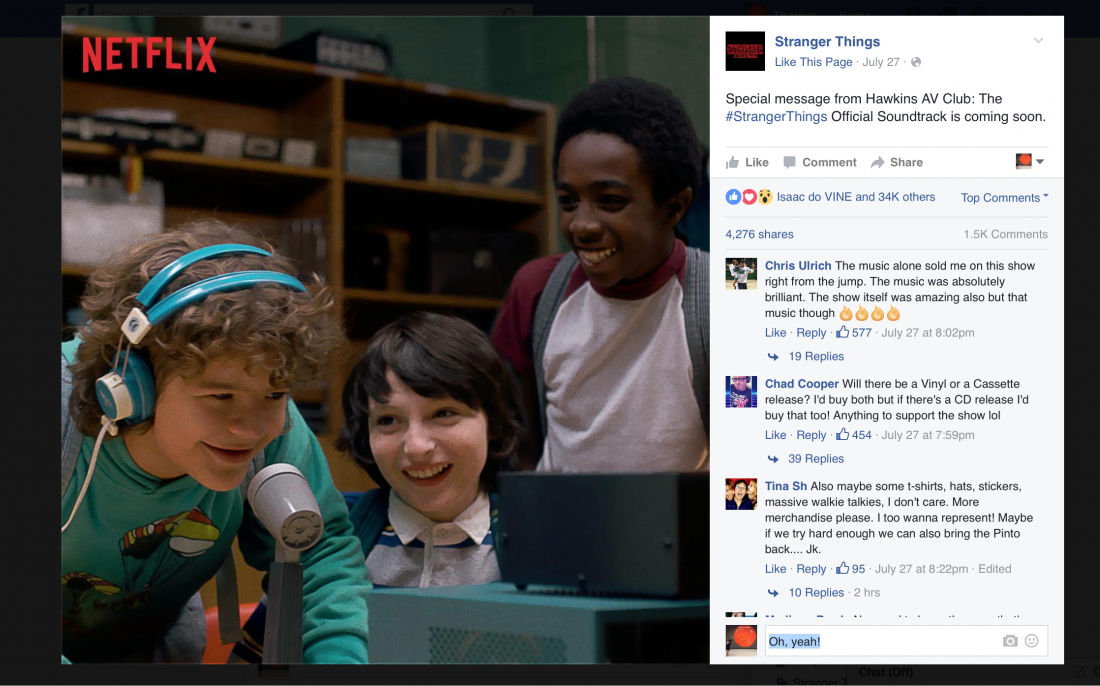 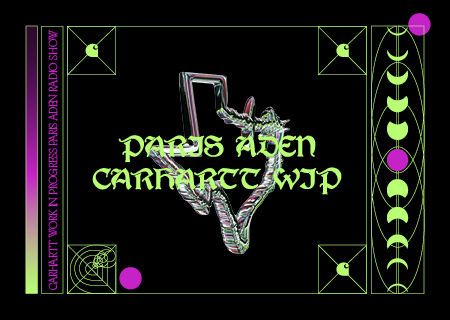