POP MUSIC, YOU BELOVED INTERFACE OF THE WORLD 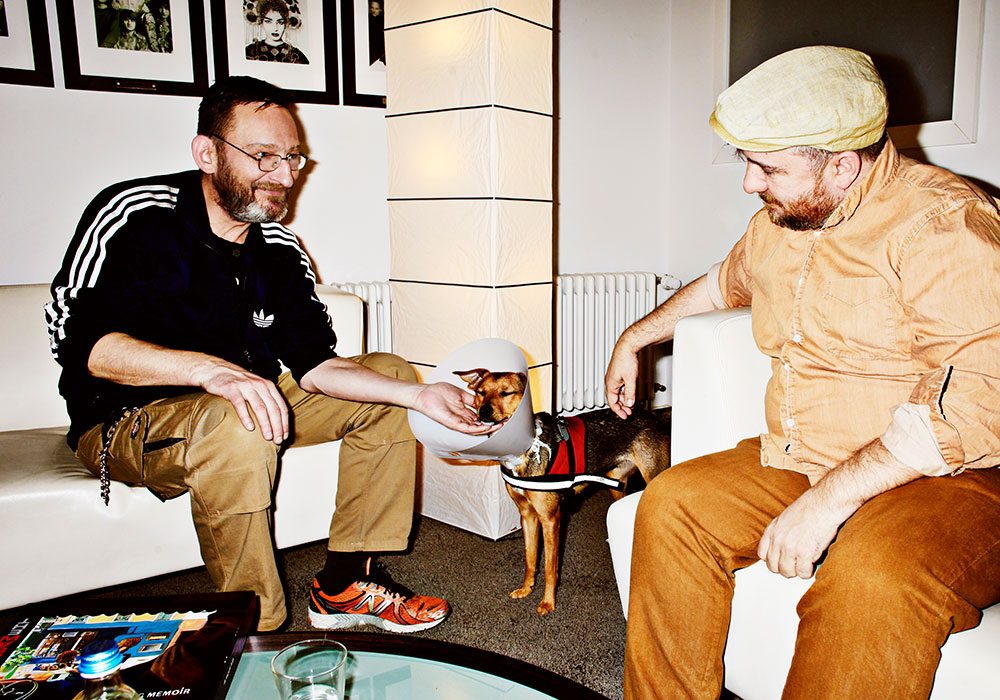 Hiding away is never an answer. Better: Summon a preferably fabulous party (just like I did in December in just that situation). Or you are Stephin Merritt, well known to lovers of compelling pop songs since the early 90s thanks to his meandering, conceptual band projection The Magnetic Fields, and connect this birthday with a musical retrospect of one’s life and the years 1966 to 2015 with 50 songs numbered consecutively. Two and a half hours privatist time travel with a music world-founder with a tendency to be autistically self-centered. How presumptuous! How amazing!

Do you want to follow him? You can do that! I, being the same age, was immediately jealous of this idea. 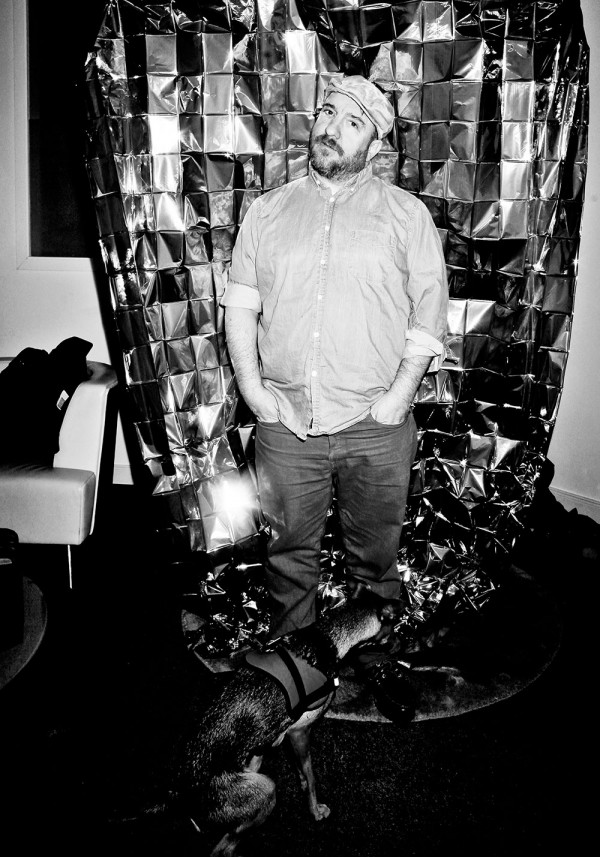 The Magnetic Fields have been captivating thanks to a stringent conceptualism that is being served by their releases that are as seldom as invented, as well as their – seemingly – “small” sounding lo-fi-indie/synthesizer sound, since Stephin Merritt invented them in the early 90s in Boston (and later carried on in New York).

The biggest success was 1999 “69 Love Songs” a minimalistic monumental collection of, exactly, 69 love songs who’s air ranges from heartrending to parodistic and who’s arrangement ranges from sketch-like to chart material. Dirk von Lowtzow considers it one of the greatest pop albums of all time. Back then I perceived the nonchalantly inscribed gay position into these love songs, which were in part shatteringly beautiful, in part brutally laconic, as elegant. Explicit and present, but at the same time incidental. Because it should be irrelevant.

18 years later it sadly still is not irrelevant and there are a multitude of queer acts who are mainly singing about their sexual identities and avoiding the simple love song. Which sadly is a good thing.

I am meeting Merritt in Feburary 2017 at the promo date for “50 Song Memoir”, his new ego bundle, in Berlin. This rouses memories of 1999, when Spex sent me to a meeting with him for “69 Love Songs” – when he had toothache which made a conversation nearly impossible. On parting, enthusiastic for his record, I just proudly handed him a copy of “Spiralen der Erinnerung”. He was a picture of misery and really seemed wretched.

18 years later he is a small, round, very good looking guy with a bear, not to say “bear”, dressed in discreet golden clothes. Some wither early, others know how to age beautifully. Musically Merritt is still living in his own world, which is composed of mandolins, banjos, ukuleles, antique rhythm machines, modular synthesizers and memories.

Early during our chat I have to make him the compliment that he is the king of the “little drum machine”, that plucking, cheap sounding Japanese circuit, begotten in the 1970s, that is preferred by haters of machismo like us to a topless animal of a drummer who throws inappropriate testosterone into a fine, little song – we like to take the sexy drummer with us, but the amorous play should then be accompanied by a Roland CR-78-Bossa Nova-Preset. 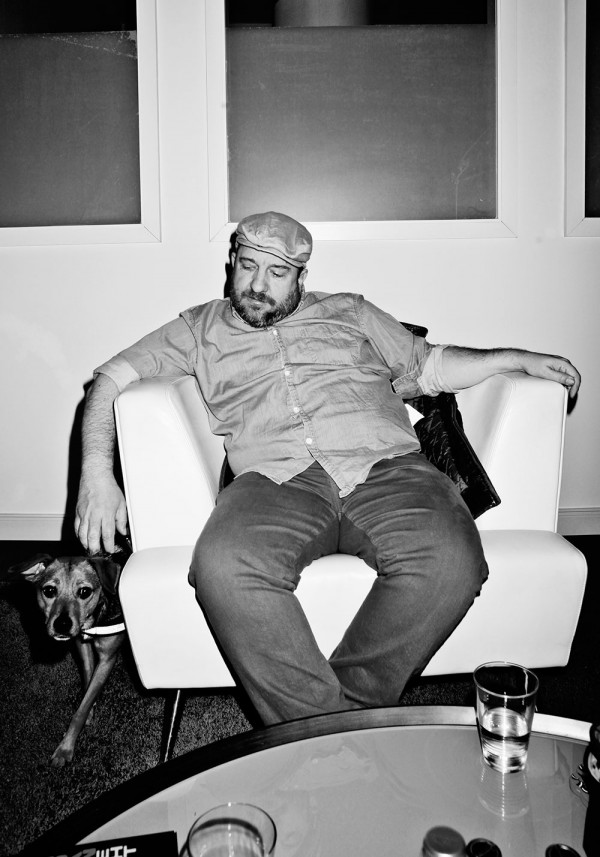 Merritt proves to be a gourmet of rhythm machines, just as expected. He is planning a big tour with ten musicians and a enormous zoo of antique hardware, including the drummie-collection. He reports that he asked a insurance and made a list of the devices with the outcome that the drummie collection is just as easily insurable as the Mona Lisa. But Mandolins and Ukuleles can easily put into the carry-on, the music supply hoarder jokes.

The specific Magnetic-Fields-sounds results from the organic combination of his preference for these acoustic, quasi-medieval, lute-like instruments with analogue synthesizers and rhythm machines. Electric guitars, above all distorted ones or solos on them, are not playing any role.

“50 Song Memoir” condenses this queer music concept that he explored for decades into a new one. This is NOT “lo-fi” or “indie pop”, the genres Merritt usually gets classified as.

Not “lo-fi”, because here gets miked, combined, amalgamated with the biggest diligence what usually wouldn’t fit together. This is high fidelity and very affectionately soundist. But I nevertheless bite back on talking shop about microphones, compressors and consoles with Stephin Merritt (although you probably could do this for days with him).

Not “indie pop”, because Merritt’s musical cosmos – despite his autistic tendency – reaches so much further than that of some sympathetic indieband. Americana, vaudeville, musical, folk, post punk, nursery rhymes, euro disco, 80s synth pop… Once the oscillators get mischievously out of tune, and the vocal melodies get wantonly simple and naive it sometimes reminds me of the wonderfully insular US pop culture deconstructions of the Residents around 1980. 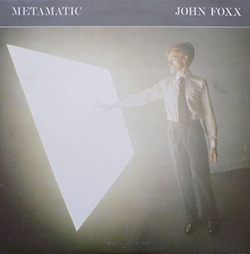 When comparing our almost synchronous years of influence “1983 Foxx And I” really warms my heart: He references JOHN FOXX, the former singer of Ultravox who released his completely synthetic solo album “Metamatic” in 1980. But there was also Gary Numan, with success in the charts – but he had a drummer. Pah! Foxx made the beats on the Korg MS20. But due to the fact that he was a pretentious lightweight it never entered the post punk/synth pop canon. “Metamatic” was indeed great, I used to love it in 1980, just like Stephin. Gareth Jones who shortly afterwards became the producer and engineer of Depeche Mode says that he learned everything about electronic thanks to “Metamatic”. We had to recreate the silly neon light pose of the cover immediately. 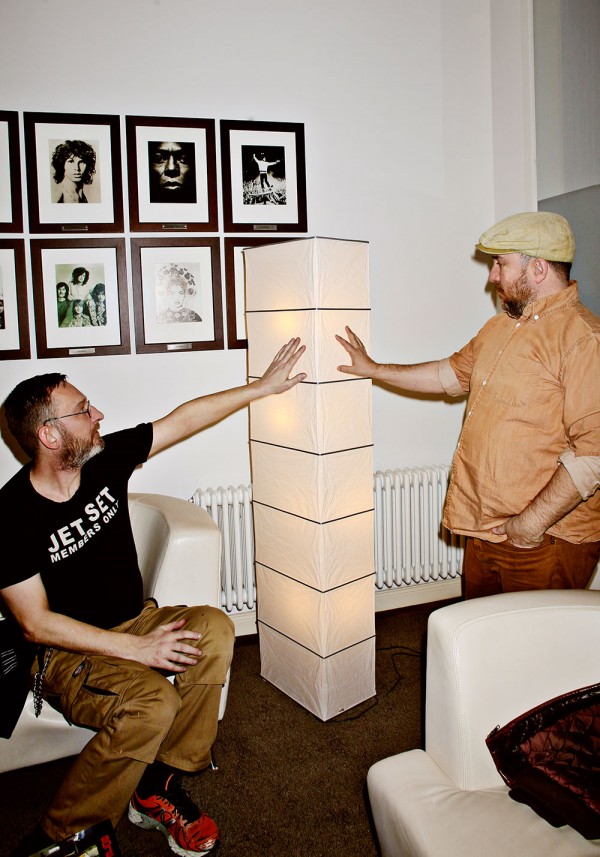 Merrit’s retrospect is at the same time (almost) painfully open diary (this year in love, that year over, this year destroyed, that year jubilant and so on) and pop cultural/political history book. You are a gay toddler (“1969 Judy Garland”), at one point there is disco (“1976 Hustle 76”), synth pop is founded and immediately copied (“1981 How To Play the Synthesizer”, especially beautiful song), than you cruise through the club scene of New York (“1984 Danceteria”). “1970 They’re Kilin Children over There”, beautiful psychedelic miniature is about Vietnam and Grace Slick is older than him, sings Merritt. Autobiographic? Well, you will notice things when you are four years old: I can remember having watched the moon landing on TV at that age, and was allowed to stay awake really late as an exception.

Do you have to be exactly 50 years old to get this record? Certainly not, the music is to bountiful for that. But for me these connecting factors of the synchronicity of the years are very moving: even as a contemporary who was socialised in Central Hesse instead of Boston or New York, there are flashing moments that are precise to the year. Oh, pop music, you beloved interface of the world. In 1990 I also dreamed of the blocks of the one computer game I once was addicted to (“1990 Dreaming in Tetris”), in 1992 people suffered from “1992 Weird Diseases” – and in “2002 Be True to Your Bar”. Merritt likes to write songs in the public of cafés or bars, and I’m with him,. in 2002 I wrote “Was Ist Musik” in an ice cream parlor.

Actually he is already 52, Merritt reveals in the end: The idea for the concept did come to him when he just turned 50 and then he worked on this opus magnum for two years. You can hear that. Great and hi-fi.