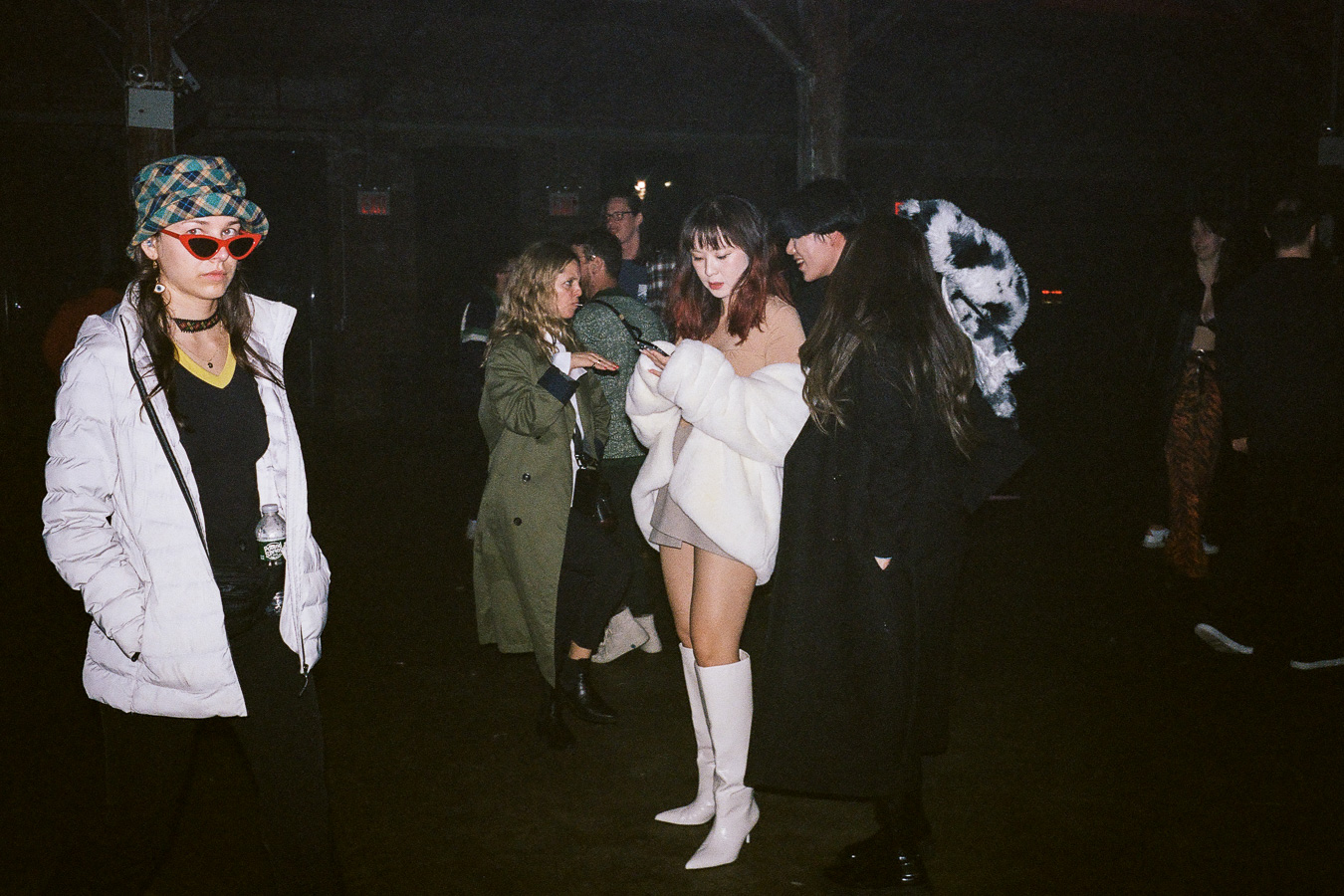 What time is it? D.F.A.! (Photo by Jonathan Forsythe)

And suddenly, everything feels like the pandemic never happened. New York in March 2022 is a city without fears. Only a few people still wear masks, the mood is good, even very good – and at the Knockdown Center it’s positively bubbling over. If it weren’t such a dangerous phrase, you could say: it’s like before the pandemic.

Number-crunching label birthdays like the twentieth are a double-edged sword. On the one hand, there’s the joy that in the increasingly tough music business, someone has actually managed not only to last two decades, but to follow it up with records at a very high level that have it all – at DFA, most recently, albums by Essaie Pas, Planningtorock and Perel – but there is also a certain melancholy, because wasn’t it only yesterday that “House of Jealous Lovers” (The Rapture) and “By The Time I Get To Venus” (The Juan MacLean) were released as the first label signs of life?

Further moments of thoughtfulness are provided on this evening by all the companions, whom one looks for in vain on the lineup and whose absence testifies to wounds and quarrels. How can it be that Tim Goldsworthy and Jonathan Galkin, who founded the label together with James Murphy in 2001, are not there; and also various musicians closely associated with the label are obviously missing. The answer has – as mostly – to do with perceived (and/or real) injustice in the distribution of funds. 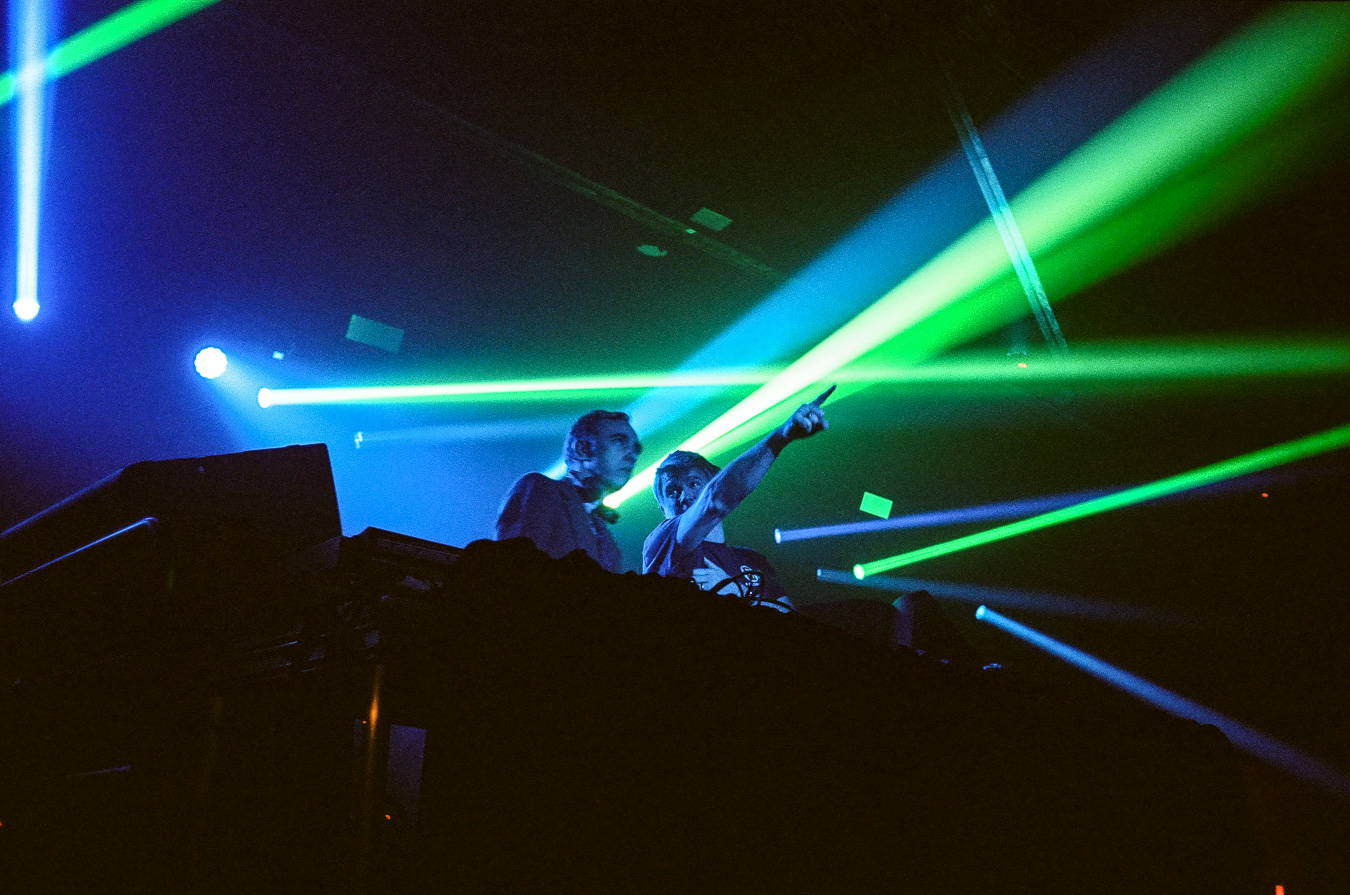 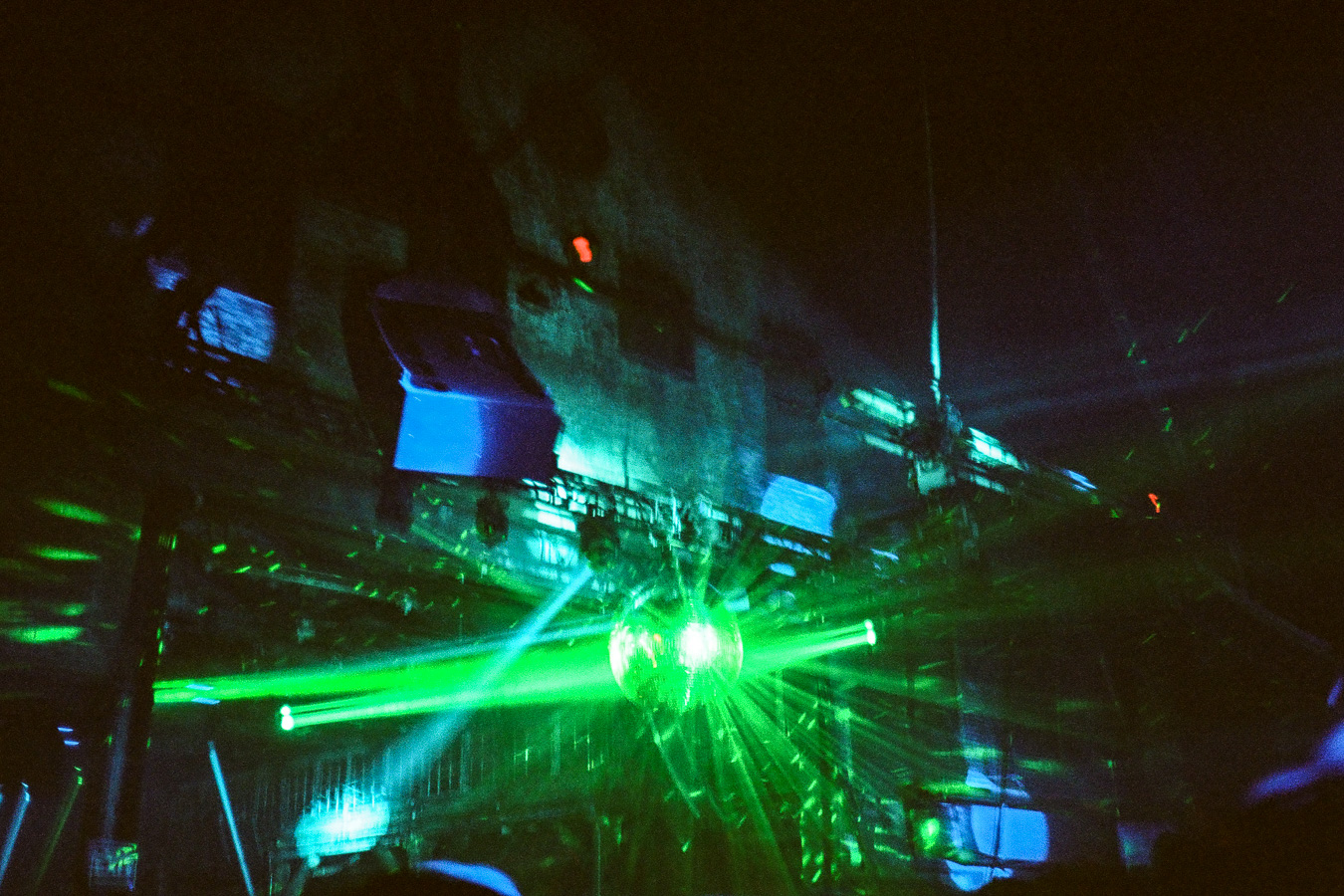 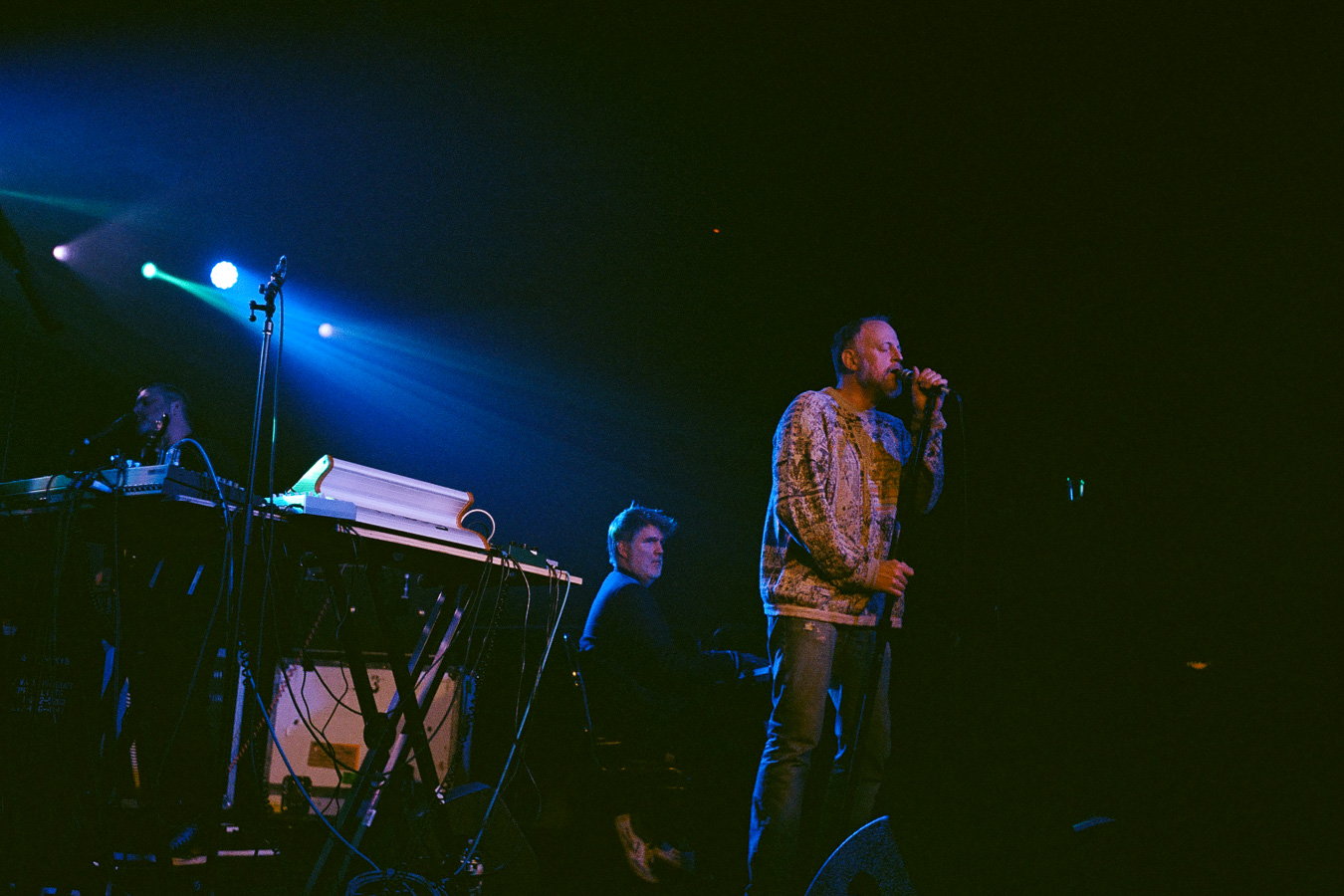 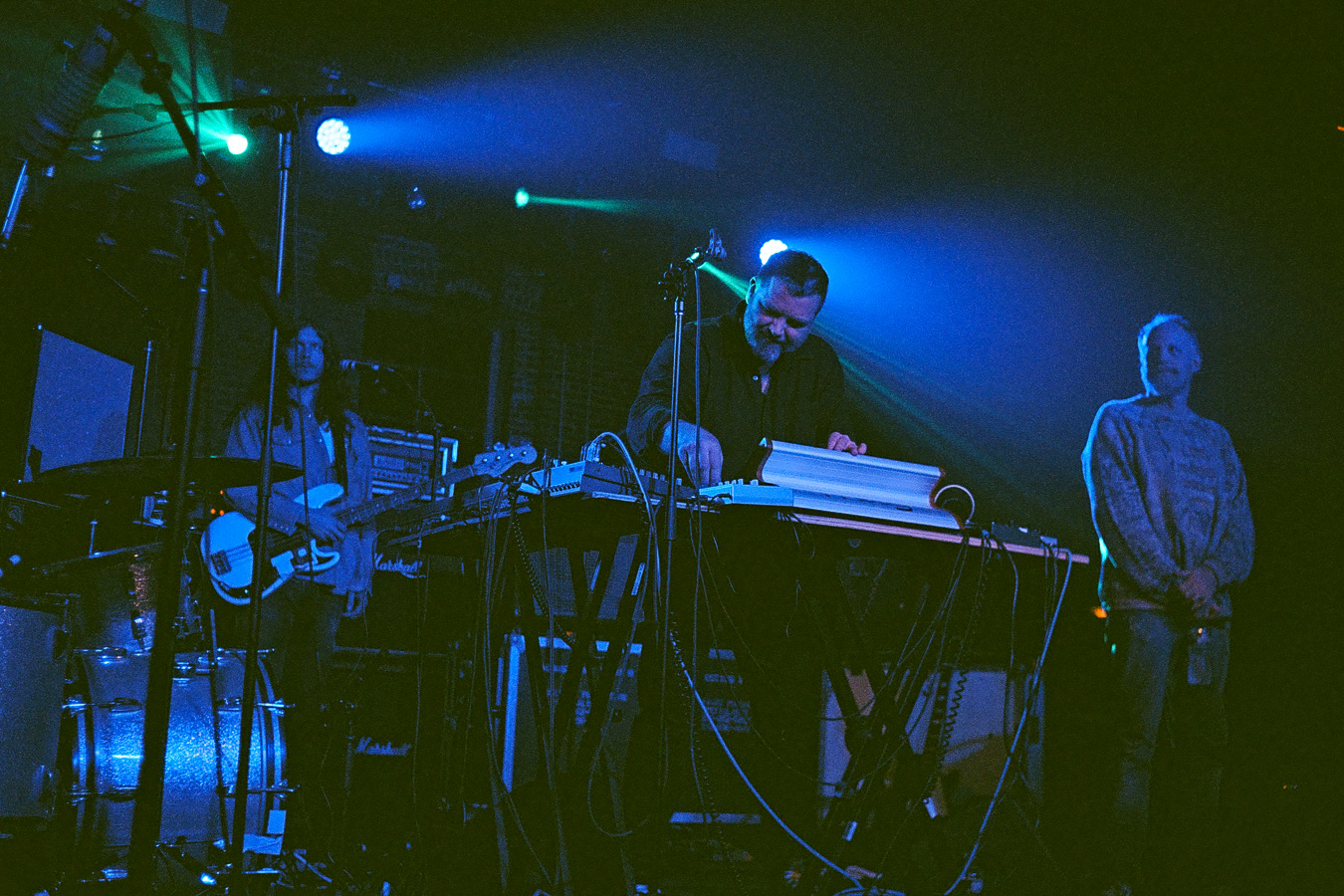 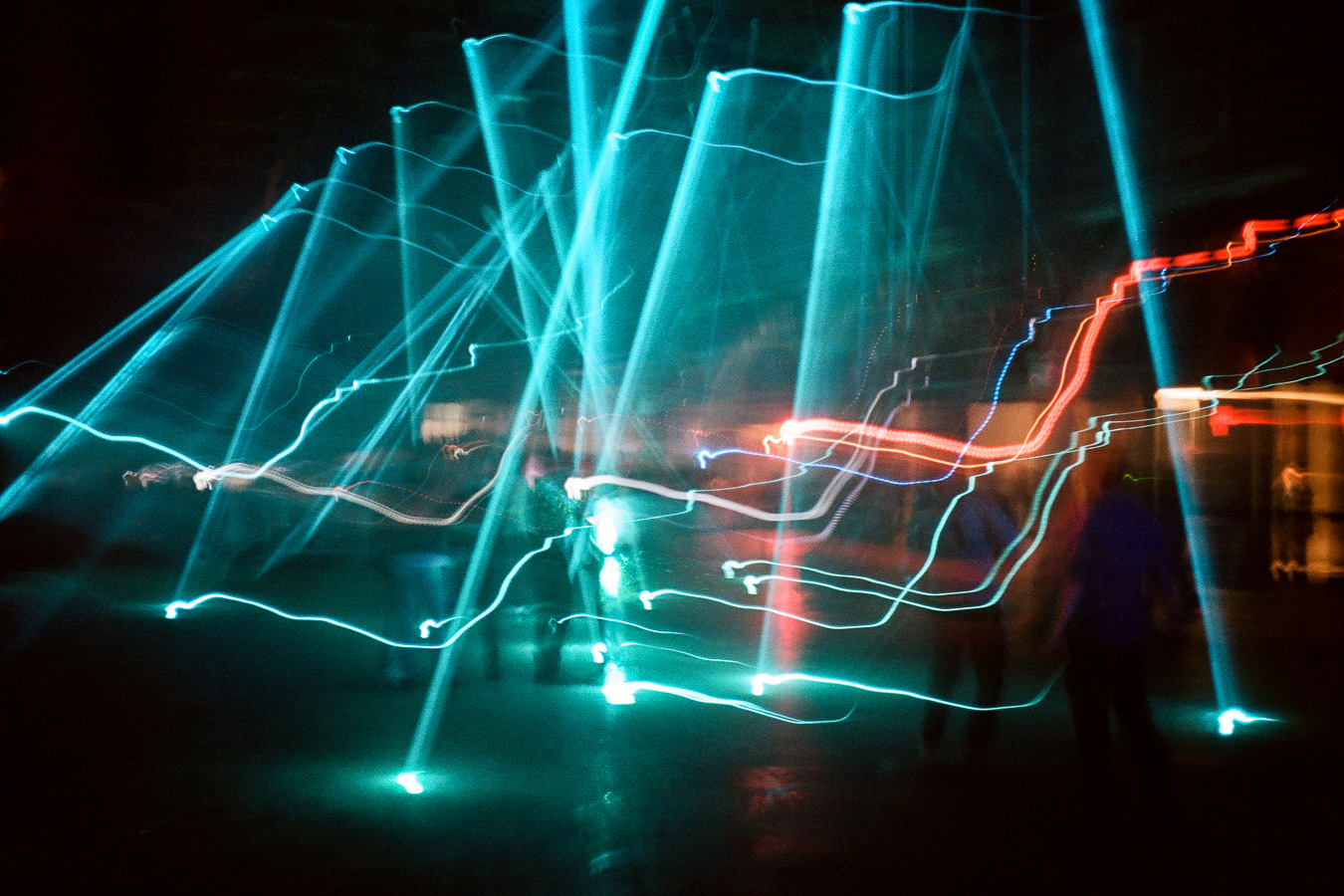 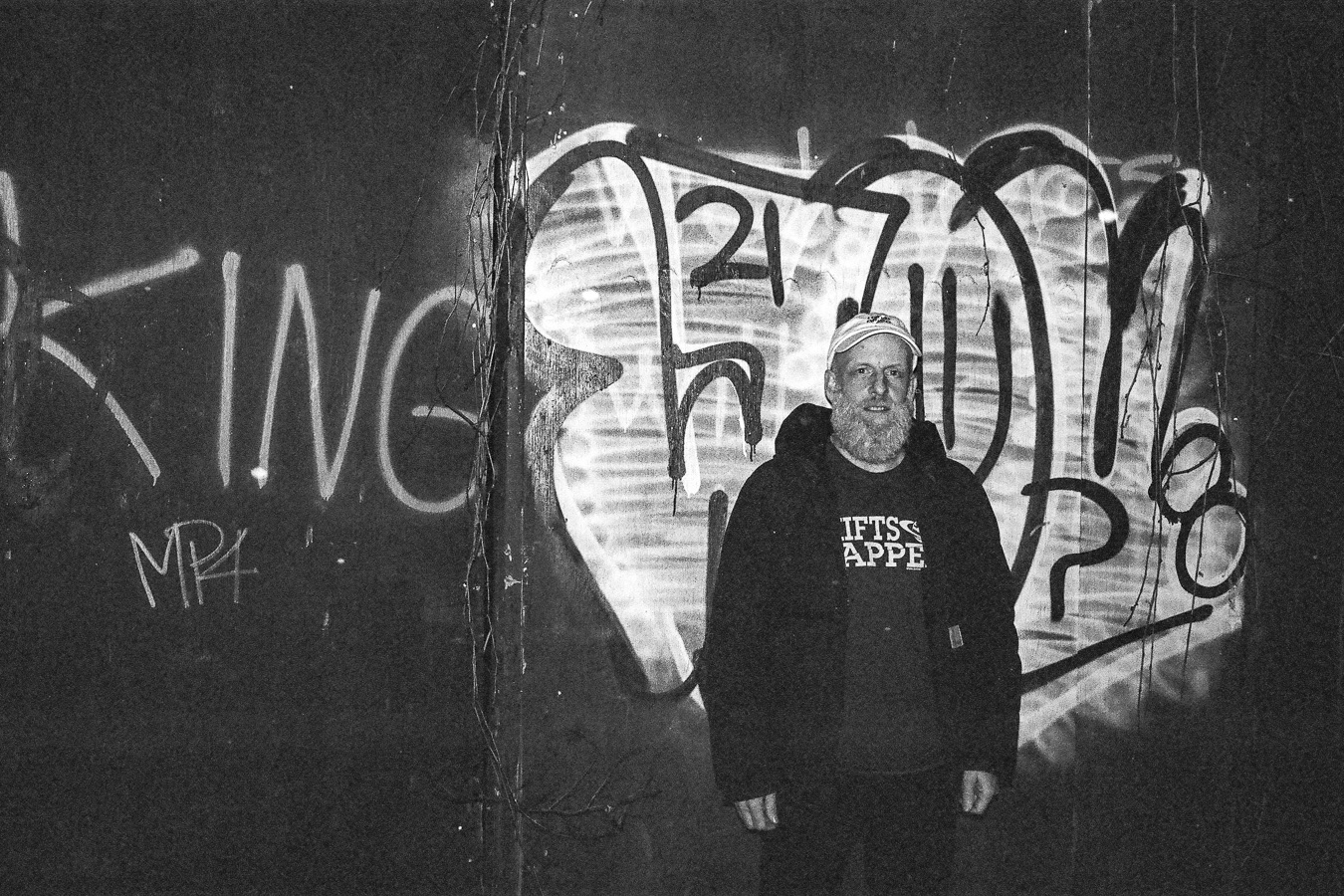 But enough of the critical tones, finally a Saturday night without restrictions is announced. On the contrary: DFA transform the spacious halls of the Knockdown Center into a Forum Romanum, a place where everything seems to be allowed. Except for smoking, of course, for which you have to doddle out into the bitterly cold New York night – which you should avoid at all costs, because the lineup on this evening allows no breaks.

Right at the beginning Juan MacLean plays a wonderful ambient set and thus prepares the ideal sound carpet for the first, early highlight of the night: the reunion performance of the original line-up of LCD Soundsystem, which consisted of Pat Mahoney, Tyler Pope and Phil Mossman in addition to the current members James Murphy and Nancy Whang. The five enchant with the live premiere (after 17 years) of “Give It Up” and a cover version of the Harry Nilsson classic “Jump Into The Fire”. Scheduling the LCD show as early as 9 p.m. was a smart move to draw in the notoriously late York posse earlier. Mission accomplished.
Another highlight of the night is the joint DJ set by James Murphy and one of 2many Djs (the other – as well as Jonnie Wilkes of Optimo – unfortunately had to stay home due to Pandemic), who first play everyone into ecstasy and then bring them down most brutally by deliberately dissolving their set into noise in the second half, thus laying the krachnährboden for the subsequent performance of Black Dice. During their performance, you can watch drumming whiz Gregg Fox and a few other New York avant-garde musicians in the front row lose themselves. Yes, that’s what DFA has always been: a musician’s musician’s label. 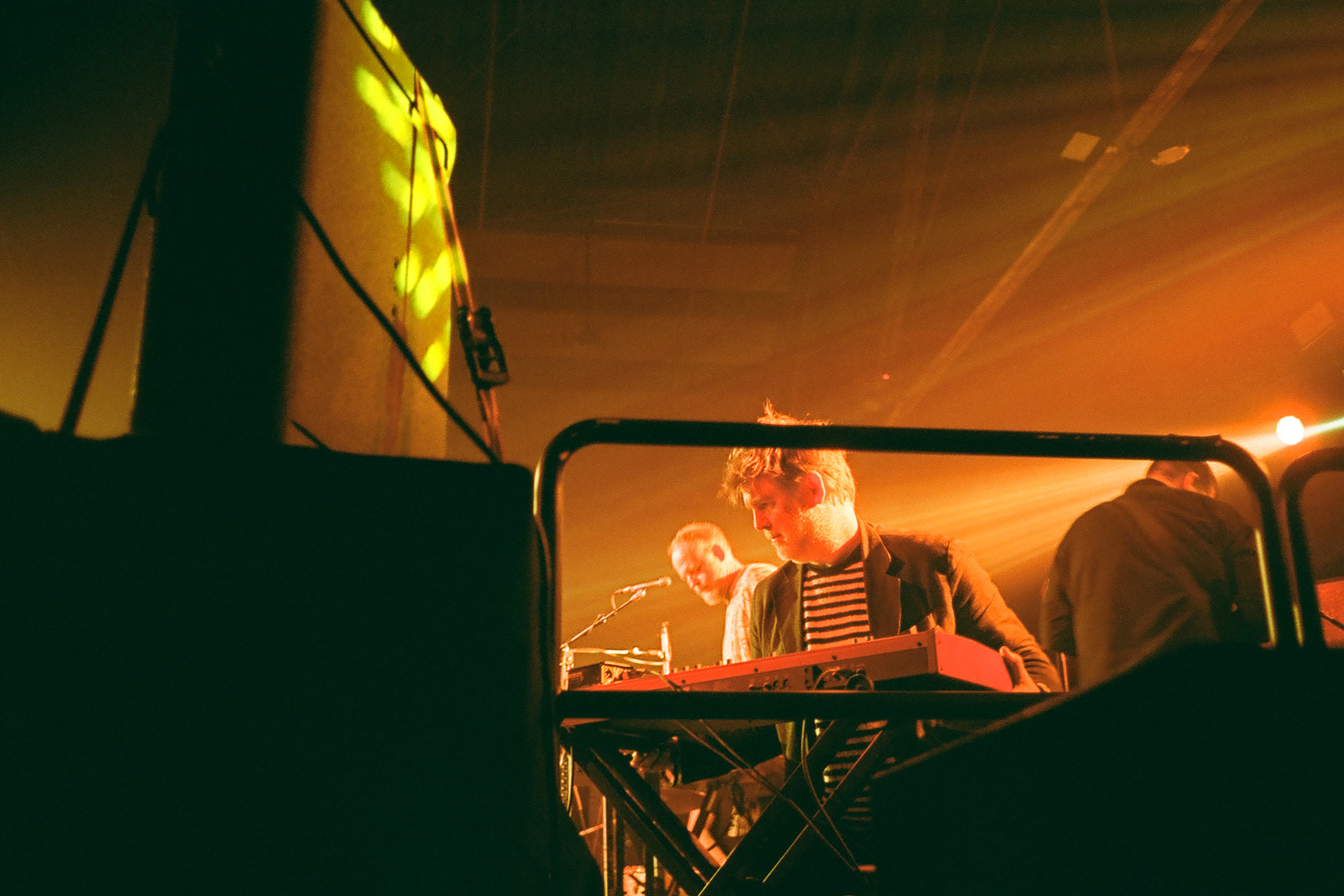 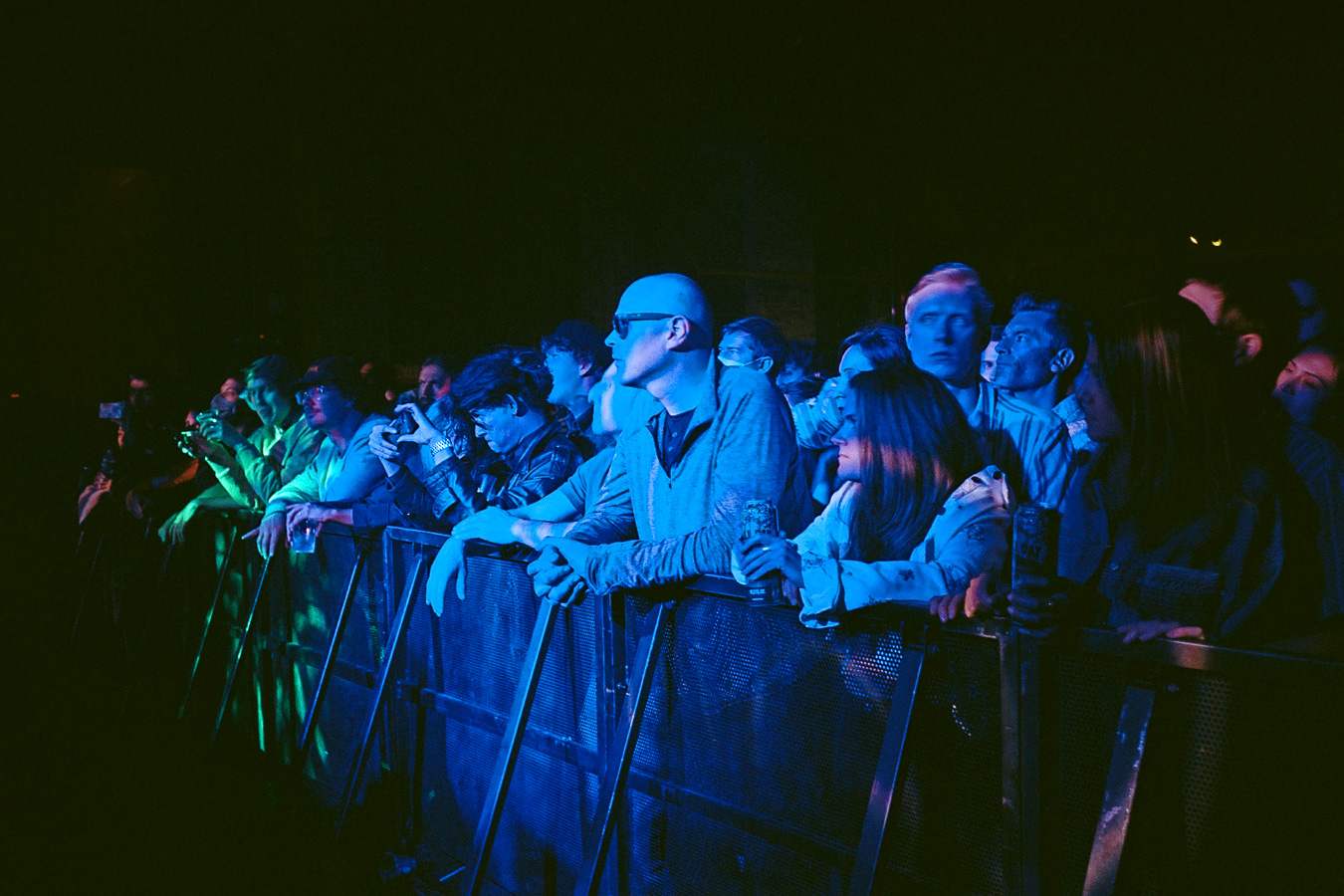 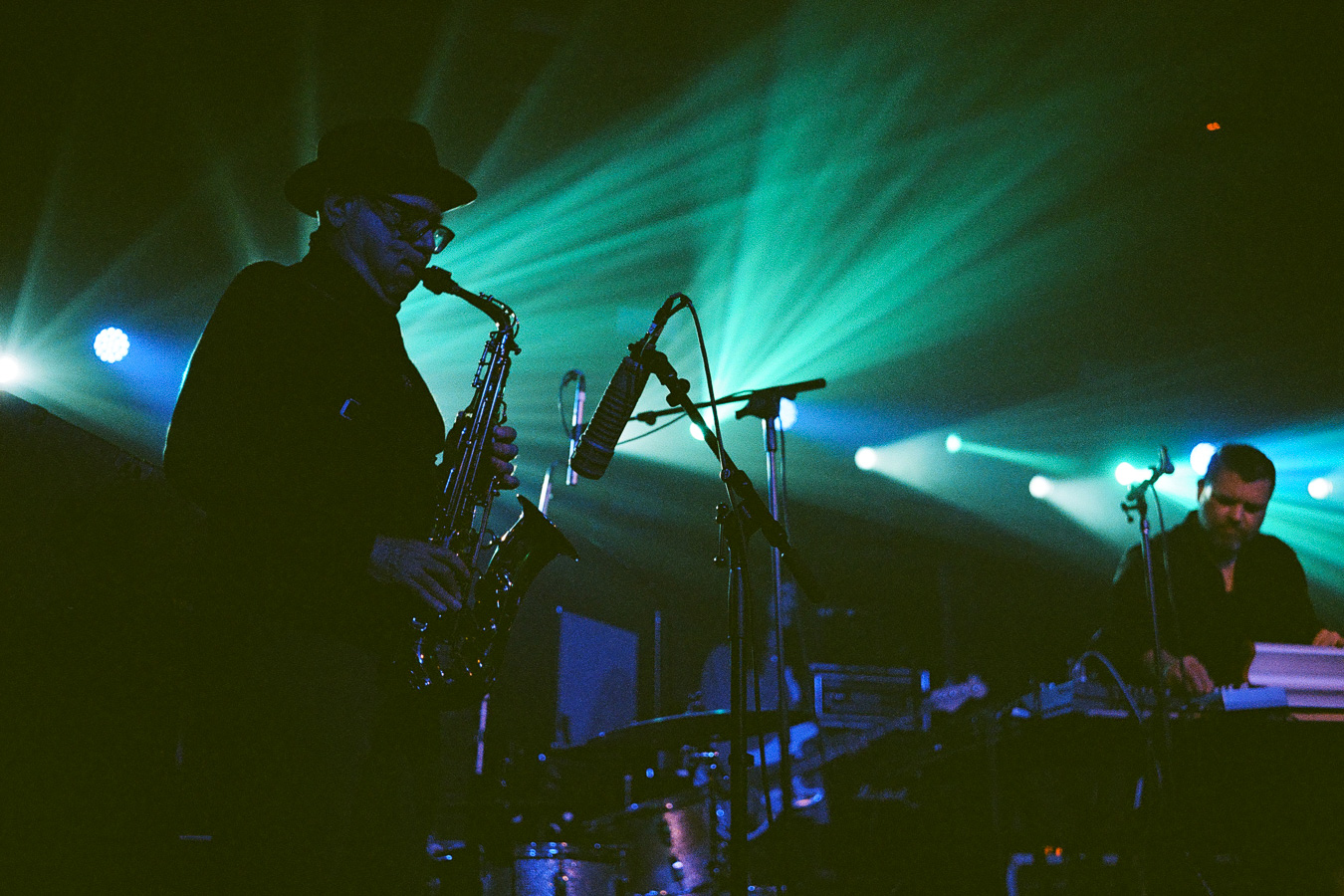 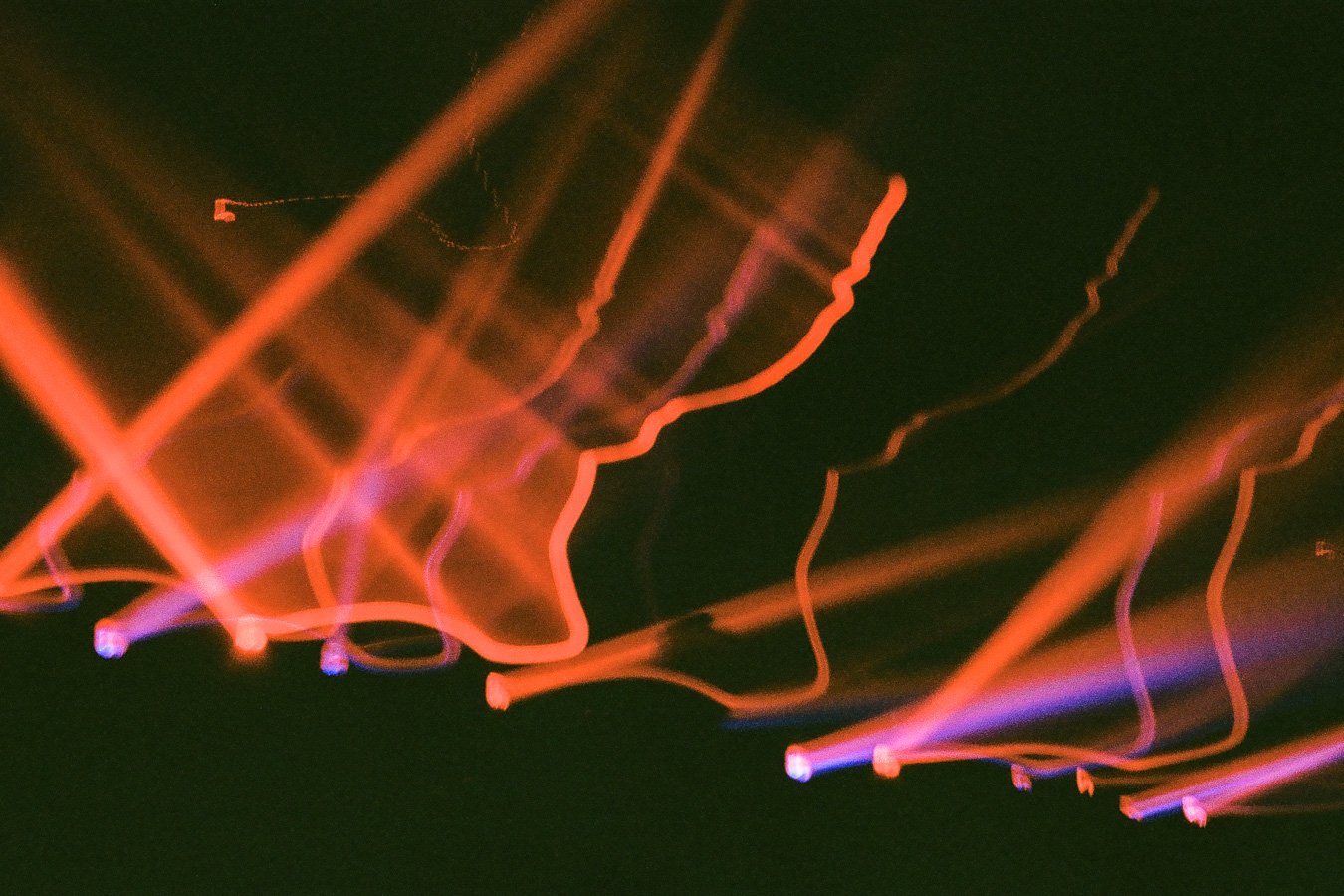 At the end of the night you have the choice between an ecstatic sauna rave on the Texas floor, where Rub N Tug uncompromisingly go full out and drop the great LCD Soundsystem anthem “Loosing my Edge” and thus take everyone in a collective headlock, or DJ Twitch, who also represents the Optimo imprint on the main floor. My personal highlight in his set: an endlessly winding arrangement of the Bronski Beat hit “Smalltown Boy”. 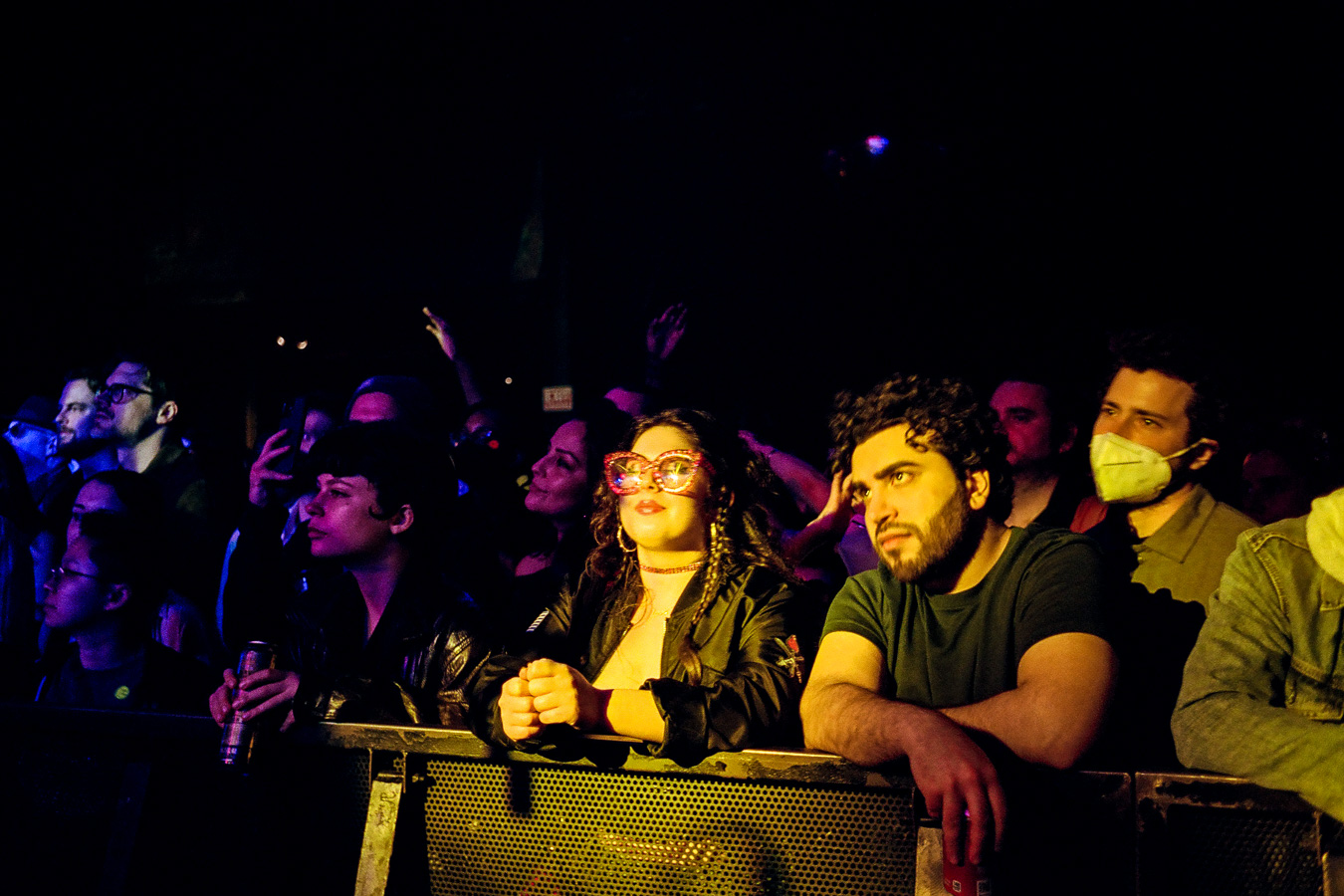 It’s a song that nicely conveys the underlying mood at the Knockdown Center: The real stars of the night are the House of DFA’s friends, not the musicians. This is how one imagines a positive high school reunion. No matter where you look: only happy people hugging, kissing and shouting at the top of their voices in joy of the reunion. One of them the author of these lines. I’m almost inclined to feed my friends with gin and tonic from my mouth into theirs like in the pre-pandemic mode of the night, but times are better again, but they’re not that good yet.

The only drawback of the night, at 4 o’clock it is called: Curfew. Whereby there is of course a secret afterhour. But even in 2022, the old nightlife axiom still applies: “What happens at the afterhour, stays at the afterhour.”

Later, in bed, the experienced booms in ears and head. And even later, on the plane back to Germany, I remember that hangovers and traveling don’t go together as well as I (and I’m sure many others) have longingly misremembered over the past two years. Anyway, DFA is worth every hangover.
Thomas Venker 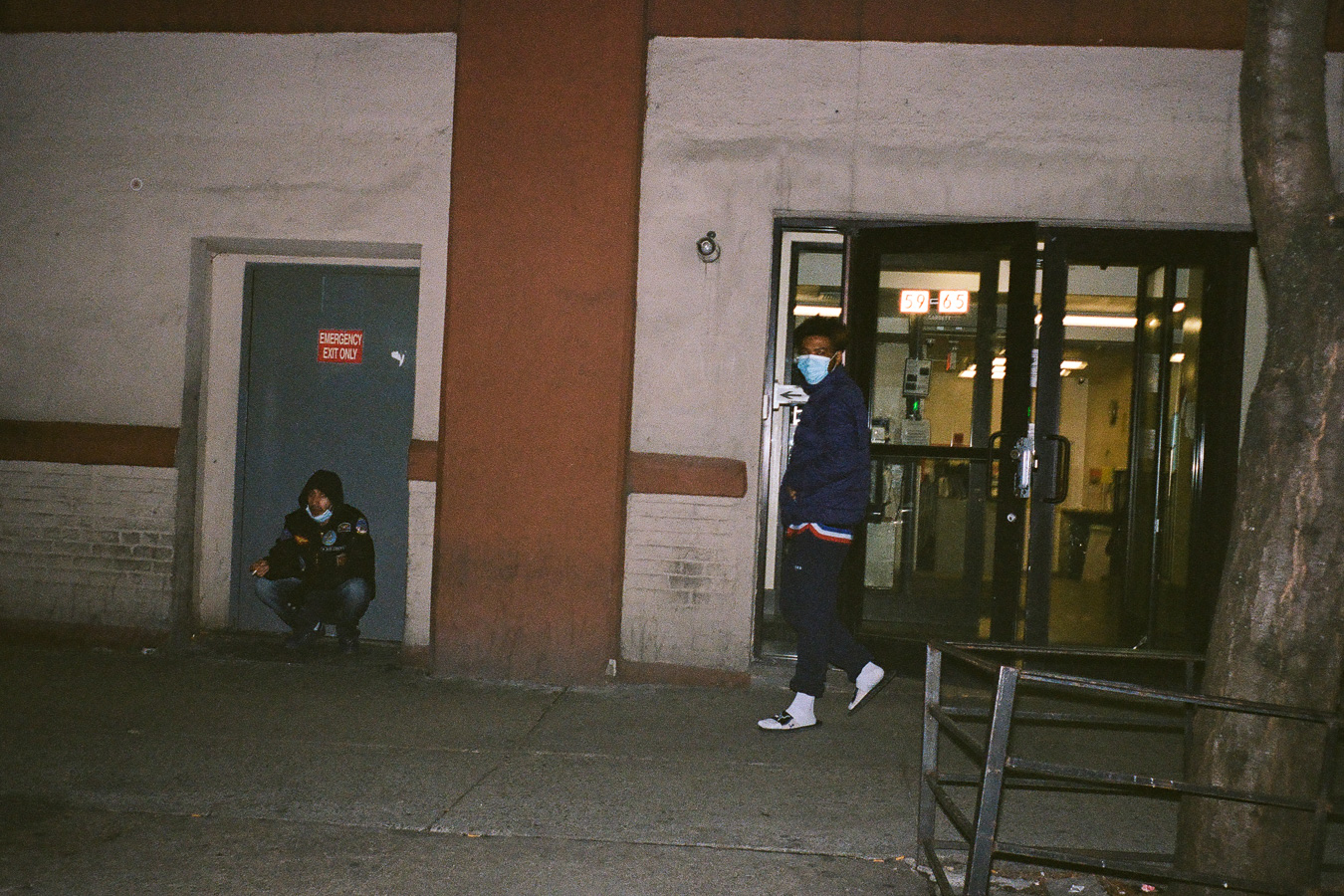 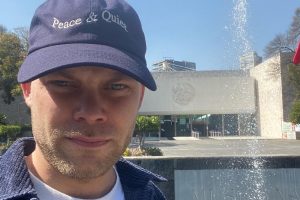 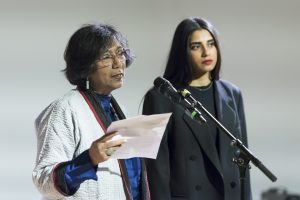 Madhusree Dutta: “I wanted to make people re-think the formulation of local and international”

"It was kind of a playful public exercise to establish that the local is not parochial. Parochial is… 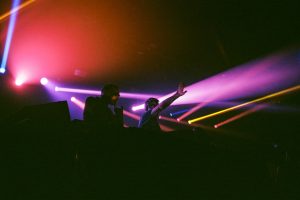 "DFA definitely not only stuck with what they do, they also seem to be reinventing themselves pretty…