Danitsa: “Olala, I gonna make you all jump like crazy. A big moshpit.” 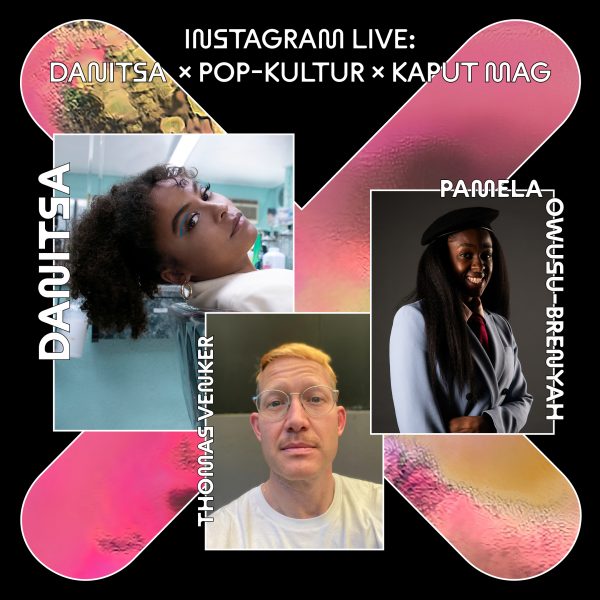 From 25th till 28th of August the next edition of Pop-Kultur-Festival will happen at Kulturbrauerei Berlin. As a little warm up Kaput and Pop-Kultur established an Instagram-Live series of conversations between the Kaput team, the Pop-Kultur curators and some of the artists of the 2021 edition.

For the last chat of this series Pamela Owusu-Brenyah and Thomas Venker spoke to Danitsa, who will perform on the opening day of the festival at Kesselhaus.
Here are some of the highlight quotes of Danitsa:

„I was born in Paris. My father had his own studio and was always playing music. One day my mother was like, you should record your daughter and he was like, okay, let´s do it. And at the age of ten I recorded my first song!“

„The people are consuming really quickly. You can loose easily your community because they consume you for a period and then they gonna stop it cause you are not active. I wanna change this, I want that people consume my music for a long time.“

„Olala, I gonna make you all jump like crazy. A big moshpit.“