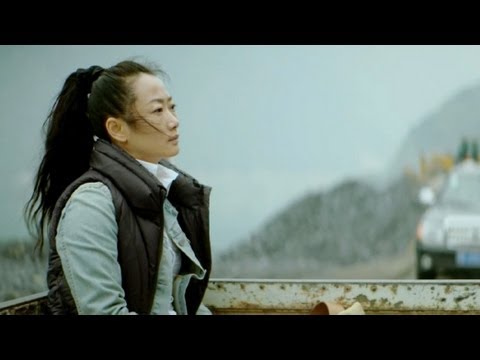 For Asian film, the year 2014 started off with a real bang: “Touch of Sin”, the latest from Chinese director Jia Zhangke… Even if “Touch of Sin” is not quite on a par with Jias earlier masterpieces “Still Life” and “24 City”, it still did a good job of kicking off a cinema season full of highlights.

We start with two Indian arthouse dramas “The Lunchbox” (from director Ritesh Batr – a funny semi-lovestory) and “QISSA – The Tale of a Lonely Ghost” (from Anup Singh – a stick of sociopolitical dynamite for a society still in thrall to the caste system), or Abbas Kiarostami’s “Like Someone in Love” and Ann Huis’ “A simple Life”.
If you are looking for rough and tumble action movies, Takashi Miike is still your enfant terrible of choice, and despite the fact that his latest effort, “Shield of Straw”, got a world multiplex release he hasn’t watered down the content one bit. Sadly “Unforgiven”, a remake of Clint Eastwood’s classic revenge story didn’t get a proper release – a crying shame as Korean-Japanese director Lee Sang-il (“Hula Girls” and “Villain”) did a stellar job, resetting the film in 1880s Japan. Another quiet highlight was “Lilting”, a cross-generational emotional drama from Cambodian director Hong Khaou, which starred 60s icon Cheng Pei- Pei, and the UK’s Ben Whishaw.

2014 was also the year when the world learned the sad news that Studio Ghibli’s visionary-in-chief Hayao Miyazaki would finally retire, with confirmation that “The Wind Rises” would be his last movie. Given his status as a master of animated story-telling, this was a big deal.
Miyazaki’s final film is a biopic that returns to one of his perpetual themes – flight – telling the story of Japanese engineer determined to perfect the Mitsubishi A5M – a key plane for the Empire in WWII. It’s a typically confident move from a director who’s never shied away from critical positions on Japan’s wartime record, and although the film did well he took a lot of flak from both the political left and right.
Studio Ghibli’s second production of the year came from Miyazaki’s longtime colleague (and studio co-founder) Isao Takahata. “The Tale of the Princess Kaguya” is a classic fairtytale telling the story of a miniature girl found growing inside bamboo. It did amazing business in Japan and got a nomination for best animated picture at the Oscars.

Probably the most important Asian movie of 2014 was Lav Diaz’ (Philippines) four hour epic “Norte, The End of History” – an adaption of Fyodor Dostoevsky’s “Crime and Punishment”. The story of an intellectual killing a profiteer, is just one of many threads of a movie, which is stunning from performances to production, editing to design. Sadly the movie did not do huge business outside non-Asian-countries – but interest in Diaz’ new movies seems to be growing, with both “From what is before” and “Storm Children – Book One” picking up screenings at several international festivals.
Here in Germany, the Berlinale lineup went instead for a retrospective of Kon Ichikawa (including his sumptious costume-drama “An Actor’s Revenge”), features the new movie by Sabu within its international competition (“Chasuke´s Journey”) and Walter Salles’ documentary “Un homen de Fenyang” on the life and work of Chinese director Jia Zhangke instead.
Berliners interested in Asian cinema found themselves hot-footing over Potsdamer Platz to Hackeschen Höfen, where the “Woche der Kritik” (Critics Week) showed Johnnie Tos’ latest Hong Kong-comedy “Don’t Go Breaking My Heart 2”, Eric Mattis’ gangster movie par excellence “On the Job”, and the emotional drama “Revivre” from director legendary Korean director, Im Kwon-taek.

At the end of March the German based distributor Rapid Eye Movies released the new short film from Philippino director KHAVN de la Cruz, reknowned for his aggressive, guerilla style: “Ruined Heart – Another Lovestory between a Criminal and a Whore” is an absolute rollercoaster of a movie, a pumping soundtrack (REM plans to a limited vinyl release it should be noted) and the intense, minimal acting of Tadanobu Asano, in the role of a smalltown gangster with a weakness for colorful shirts.

2014 also saw some interesting direct-to-DVD releases. The Korean historical-blockbuster “Kundo – Age of the Rampant”, the crazy Japanese girl gang boxset “Stray Cat Rock”, the Philippino action flick “Graceland” (from director Ron Morales) and the beautiful compilation-box-set “New Directors from Japan”, released by Third Window Films.
Good things are in the offing for 2015 too. New releases like “The World of Kanako” from Tetsuya Nakashima (the director of “Confessions”), an audience shocking lost-girl story. “The Vancouver Asahi” from Yuya Ishii, is a historical-comedy following a 19th century Japanese basketball team who go to compete in Canada.
Also coming up is “Kyoto Inferno / The Legend Ends”, an adaption of the manga series “Rurouni Kenshin” by illustrator Nobuhiro Watsuki. Based in the Meiji era the movie is full of wild battle scenes and comes with an impressive rock soundtrack. Staying with manga adaptions, Rena Nounen (who also stars in the just named “Confessions”) is making her comeback as a heroine in “Princess Jellyfish” who has to live in a house full of otaku (Japanese for nerds or geeks). The perfect set up for some slapstick moments. But perhaps most of all, my anticipation is building for the much-postponed historical martial-arts fantasy “The Assassin” from Taiwanese director Hou Hsiao-hsien – which, all being well, will be screened in Cannes in May; this, and “Kabukicho Love Hotel”, the multi-character, multi-plot love-story from Ryuichi Hiroki.