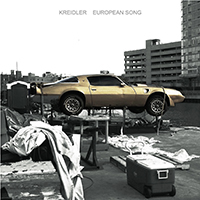 Once the political reality has caught up with your own art it doesn’t matter anymore how much time and personal resources you have already invested into a project, you just have to face the new circumstances. The inner process of Kreidler must have looked something like this to lead them to discard what was supposed to be their newest album and to create what it turned out to be in the end. Triggered by Erdogan, Trump, Putin and co. the four musicians from Düsseldorf deferred to the urgency of the world – and shelved an already finished album to let themselves in for the new world order. All of this is also addressed in the liner notes of “European Song”, their thirteenth album. The album cover shows an artwork of the Cologne artist Rosemarie Trockel, which fitting the attitude of the addressed uncertainties manifests the end of the capitalist dreams.

So much to the attitude and the actions behind “European Song” – but can all of this also be heard? Well, the answer is a a clear “yes and no”. Yes, the mood of the five songs is restrained and sad, the music of the band often stationary in the sense of refusal of dynamics that are usually established in their repertoire of gestures. But apart from “wanting to hear it this way” you have to ask yourself if the listeners do not just yield themselves to the political implications and if the existential gloom inherent to the songs is not just due to the zeitgeist-affectivities between psychedelic experiments, a new school of ambient and drone avantgardisms that has been present for quite some time. It’s not for nothing that Kreidler nowadays are sounding not much different than many current productions that their member Detlef Weinrich has been realising under his imprint Tolouse Low Trax. This is not supposed to reduce the part that Thomas Klein (drums), Andreas Reihse (synthesizer) and Alexander Paulick (guitar and bass) have contributed to the coherence and appeal emanating from “European Song”. A good team knows who is supposed to assume control, especially if you want to elementary alter things.
Thomas Venker 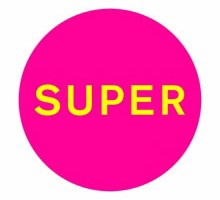 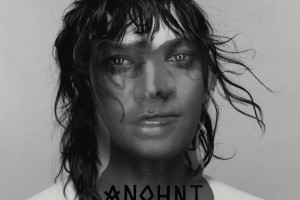