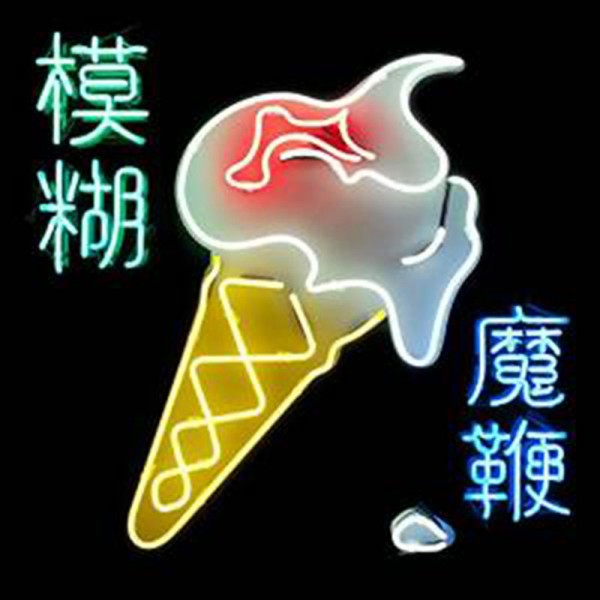 Back in the day (and with that, we are talking way before “Song 2” was turned into a stadium-compatible hit), as a Blur fan, you automatically belonged to the people who had a good, solid taste in music. Drastically opposed to Blur there was Oasis, the representatives of vulgar Beatles-epigonism. From today’s perspective the stylized “Britpop war” seems quite ridiculous and that is basically just what that was. Completely lost amidst all the silly pro-arguments and all the counter-arguments was for example the fact that Pulp were in fact the best band of all of them – but that’s a whole different story…

Anyways, the Nineties are over and exactly twelve years ago, Blur released “Think Tank” their last record together up to now. It is mainly due to the many projects of Graham Coxon and above all Damon Albarn that Blur have not slipped from people’s general popcultural memory – Gorillaz, The Good, The Bad and the Queen, an opera by Albarn and his solo album ensured that the name Blur was still brought up regularly.

Maybe it was because of that that I was not too excited when the new Blur record was announced. And were many of these oh so sensational reunions not incredibly bad and ultimately pointless? Pixies – do I have to say more? On top of that the album is supposed to be influenced by Albarn’s stays in different countries in Asia and we all know that chinoiserie, done by white Europeans, has so far often failed to impress …

Worries like these are thankfully in vain since “The Magic Whip” turns out to be pretty good – with the emphasis lying on “good”, not incredibly great, a complete reinvention, Blur’s reclaiming the Britpop-throne or any other superlatives that might be used excessively in reviews. One can tell that the album did not have to happen, that it wasn’t forced, but that Graham Coxon aka. “The Prodigal Son” found the time to fiddle around and eventually put together the individual song fragments that had come into being in 2013.

Almost all of the tracks pass as development or pursuit of Blur’s signature sounds and topics which were instated decades ago: the pomposity of “Country House” has made room for a humility that almost conveys a certain degree of resignation (“There Are Too Many Of Us”), the juvenile exuberance of “Parklife” leads to the still extremely vital, but more moderate “I Broadcast”, while “Go Out” creates a link back to the times of “Think Tank” and “Pyongyang”, which is critical of North Korea, connects to “This Is A Low”.

The new-old Blur do not waste their energy with one obvious hit, which is simply nowhere to be found on “The Magic Whip”. Of course, starting off the record with “Lonesome Street” is pretty charming, almost disarming, but hey, we are not talking about The Wombats here, but we are talking about Blur and Blur are still at their best in the quietest moments on the record. In those moments when Damon Albarn’s voice is most fragile and slowly crumbling apart. “Ghost Ship”, “My Terracotta Heart”, “I Thought I Was A Spaceman” are little heart-warming popsongs chock full of loving detail which reflects Blur’s qualities: they know exactly who they are and who they used to be, but they don’t deem it necessary to blurt it out in the typical manner of so many of the rock-machos out there.
Modesty as a virtue? Yes, please.
Christina Mohr

It is usually not my style to quote record infos, above all not to this extensive, but first of all I don’t really see why I should invest more time into reviewing this album than the band has spent creating the album and second of all, those who know how this record came about, basically already know everything there is to it:

“The history of the origination of ‘The Magic Whip’ starts back in May 2013, in Hong Kong, on an unforeseen break from touring: Damon Albarn, Graham Coxon, Alex James and Dave Rowntree decide to use their time off to go on a little jam session in the Avon Studios in Kowloon, before returning to touring. Having spent five productive days and having brought the tour to a successful close, the four of them returned to Europe to leading their regular lives. Dave returned to being a lawyer, whereas Alex returned to his farm in Oxfordshire where he writes a regular column on country life for The Telegraph (…) In November of last year Graham digs up the tracks that came into being in Hong Kong and got producer Stephen Street on board. Damon added his lyrics and now we can finally present those twelve tracks that came of it all – ‘The Magic Whip’!”

And that is exactly what the final product sounds like. Like a jam session done in passing or respectively done while passing between the ordeal of touring and what seems to be even worse, having spare time on your hands. The twelve tracks that can be found on “The Magic Whip” are not even tracks, but merely twelve outlines, twelve beginnings to what could have become songs. Some are quite nice, a few others are even almost enchanting. But these few are just repeated over and over again until even the last bit of magic has been wrought out of them or they result in the vast nothingness of instrumental improvisation. Don’t get me wrong – there are a lot of great songs that can make do with only one fragment (“Warm Leatherette”, “Heroine”), but not every single idea out there is destined to be the one idea that eventually remains. This record is full of abandoned ideas, ideas that scream for attention and company. Questions that remain unanswered. Verses that are desperately in need of a chorus. Rather mediocre lyrics fail to turn all of that into an accomplished product and the cool manner in which the record is “overproduced” only helps make matters worse.

In short: “The Magic Whip” is quite certainly the most arrogant record of the year. A small piece of advice for Itunes-customers: if you like the song snippets – great! Then simply listen to the snippets!
Jens Friebe