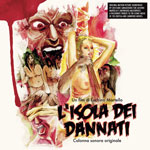 While I’m listening to this album the dire premonition becomes manifest news: Britain has voted and will leave the EU. Brexit, bye bye Britannia.  Brexit, bye-bye Britannia. The fact that the fictitious soundtrack of Mondo Sangue is about an “island of the damned”, where researchers are being kidnapped and virgins impaled doesn’t really fit the circumstances, but my escapist thoughts: Leave me alone with the f***ing world affairs. This is unbearable!
I’d rather be lying comfortably on my sofa and watching old Italian B movies like “L’Isola dei Dannati” from Luchino Martello – oh yeah, the movie and the director don’t really exist: Mondo Sangue alias Yvy Pop (of-Popzillas-and-BamBams-Fame) and Christian Bluthardt (composer, versed video renter) made both up and with it the complete soundtrack for the non-existing movie.

The idea to comment on art with fictitious art is reminiscent of “The Shramps, the book with record covers of invented bands and albums from Daniela Burger and Dietmar Dath – a great fun. The record “L’Isola dei Dannati”, which is limited to 666 (sic!) copies, is also great fun, because the music is great: Citing classics of the genre (real ones, haha) like Emmanuelle, Vampyros Lesbos or Mondo Cane, a mixture of erotica & exotica, retro psychedelic and with original-faked sound bytes like screeching birds, breaking of waves and naturally seductively breathed backing vocals. The song titles like “Exploring the Jungle”, “Living at the Beach” or “Notte Senza Sonno” are construing a scenic progress, the music – or rather the sonic sketches – carry you away to this strange island, that once was build out of atomic trash in a hot seventies summer by Italian designers. Pop & Bluthardt (what names?!) allegedly have a 10 year plan that has many more fake soundtracks on it. For all I care they should do that, I never go to the cinema anyway.
Christina Mohr 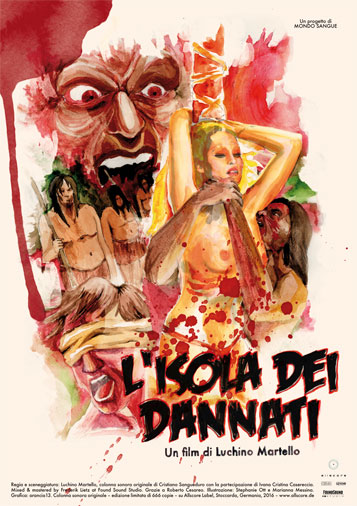 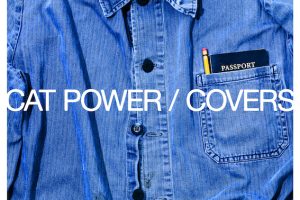