“We are lucky we are in a position we can book artists we like, and do not compromise.” 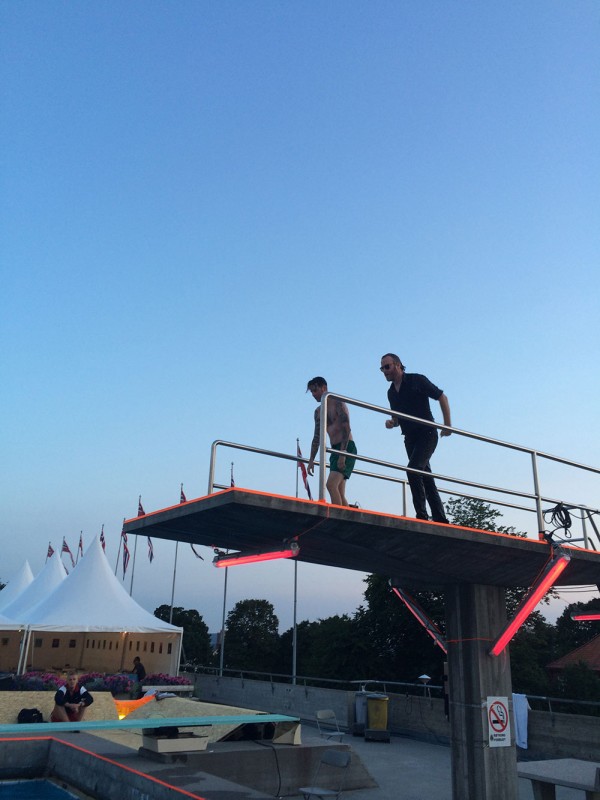 Matt from The National goin for a swim after the show.

Every August those with a heart beating wild for a great selection of eclectic music, (and the financial stamina to take on a trip to Norway!) head to Oslo for the wonderful and eclectically programmed Øya festival.
Thomas Venker talked to co-owner Claes Olsen about past, present and future of Øya. Claes shared some rare photos from his private collection – a little sneak peak into the backstage world of Øya. 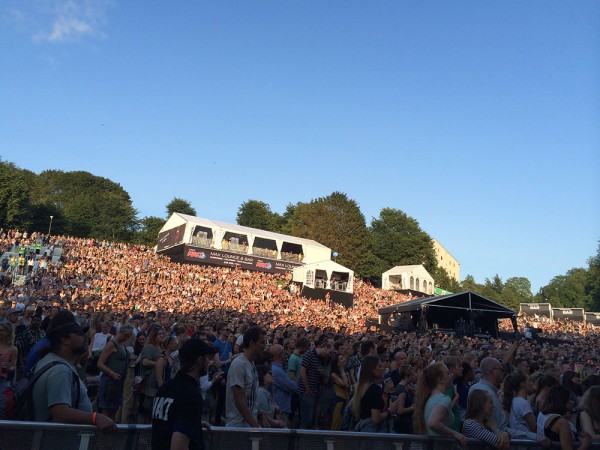 Claes, do you remember how Øya got started?
We were a group of small club owners in Oslo who wanted to prove that the smaller acts we had at our venues deserved a bigger audience. Most people thought of us as competitors but we were friends, and Øya was a perfect way to go together and build up the Oslo music scene. The first year we took the festival from idea to first band on stage in just two months.

Did you have something like a master plan?
Our original plan was to give the Norwegian acts a chance for a bigger crowd, and to do that in a festival environment that we would like to visit ourselves. We were not that experienced organisers so it took us some years before we got good at this. 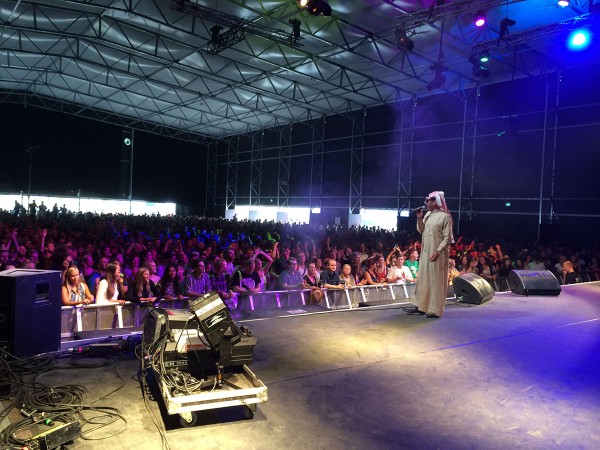 In 2015 the festival is now one of the main European musical events, if not in the world. Is that what you envisioned back in 1999?
Not at all, but we decided early to take baby steps for each year and build up it organically. It is easy to see the mistakes of festivals that try to be the biggest in its market the first year. We hope we have made a sustainable festival for many years to come

I happened to be there last in 2008 I think, since then you moved the festival to a new location – maybe you could tell me about the reason and the benefits from that move?
The reason was that our old site was taken over by the national rail company as they are building new train tracks in a tunnel through the site. Since we were being forced out, we had a strong negotiating position for the new site. We got the park, our first choice, and managed to get a deal where we closed a main road to get two parks into one.
The new site is nearly twice as big, but we only increased the capacity last year with a 1000 extra tickets, which gave the audience much more space. We got amazing feedback from them last year.
Other benefits are that we now have more space for production, for example a new bigger tent stage. All the three outdoor stages are amphitheaters, so better views too.
We also have three swimming pools backstage (so bring swim wear). Our neighbours are the Munch Museum and the Botanical Gardens.

Looking back on 16 years now, i wonder if you could name the three outstanding performances for you and why?

Looking at this years lineup I see a lot of great bands: Nile Rodgers, Courtney Barnett, sunn o)))), Mastodon, Bad Religion, Shamir, Ride… quite eclectic. Do you feel that your audience gives you the total freedom?
It is important for us to be this eclectic. We want to mix up, give people something they know, something to discover and something to surprise. We are lucky we are in a position we can book artists we like, and do not compromise. Lots of people try to sell us the new shit that they say will be massive……

Whats the 5 acts you are looking forward to see the most? 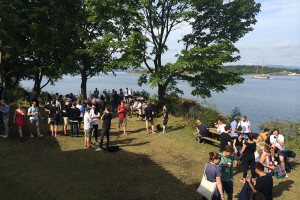 The annual Ford trip during Oya. 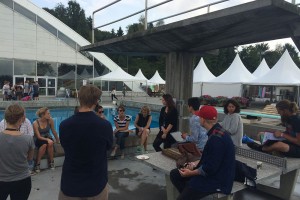 Backstage-Staff-Meeting right before the festival start.

You also have a tradition of including a lot of Norwegian acts. Coming from Germany I get so much more information about your scene these days than a decade ago, but still a lot stays in the dark. Give us the inside story, who should we be checking out?
There is so much great music coming out of Norway now. Some you should check out:
Susanne Sundfør, Emilie Nicolas, Jenny Hval, Beglomeg, Andre Bratten, Drippin, Smerz, Fay Wildhagen, Miss Tati, Honningbarna. 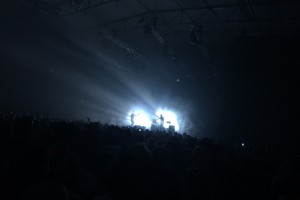 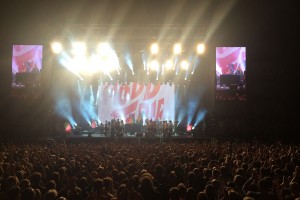 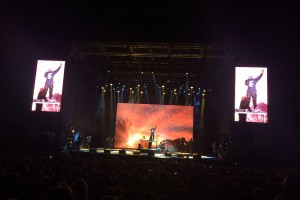 There will be not so much free time during the festival, but if we manage to run away a bit: which 3 spots should we go to in Oslo and around Oslo?
The fjord, the ski jump arena and the Munch Museum.

And now listen with us to Claes Olsen’s exclusive playlist with his favourite tracks from this year’s artists. 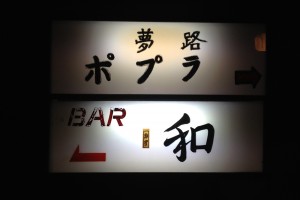 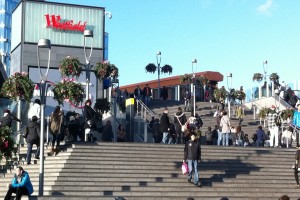 Alex Mayor looked in the mirrors of angst and names for Kaput the forbidden territories of London.…