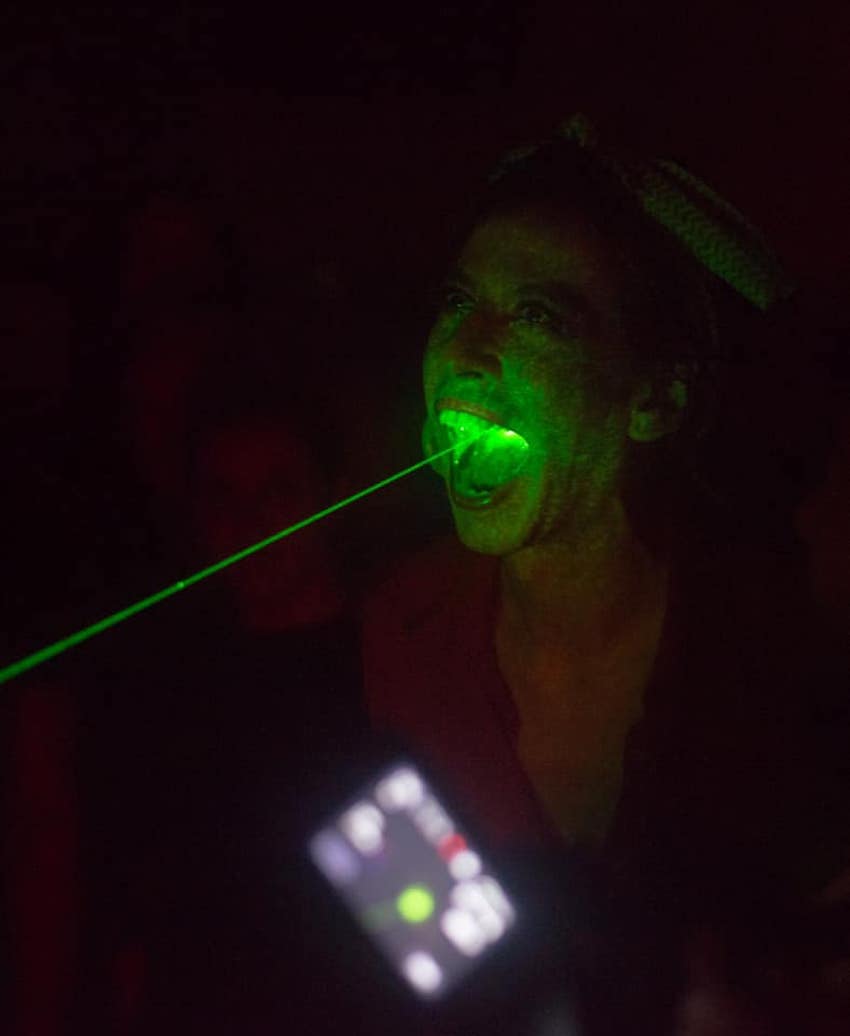 Between March 26 and September the fourth edition of “Easterndaze x Berlin” will happen in Berlin.
Lucia Udvardyova and Natalie Gravenor were so kind to answers some question about this very special edition. 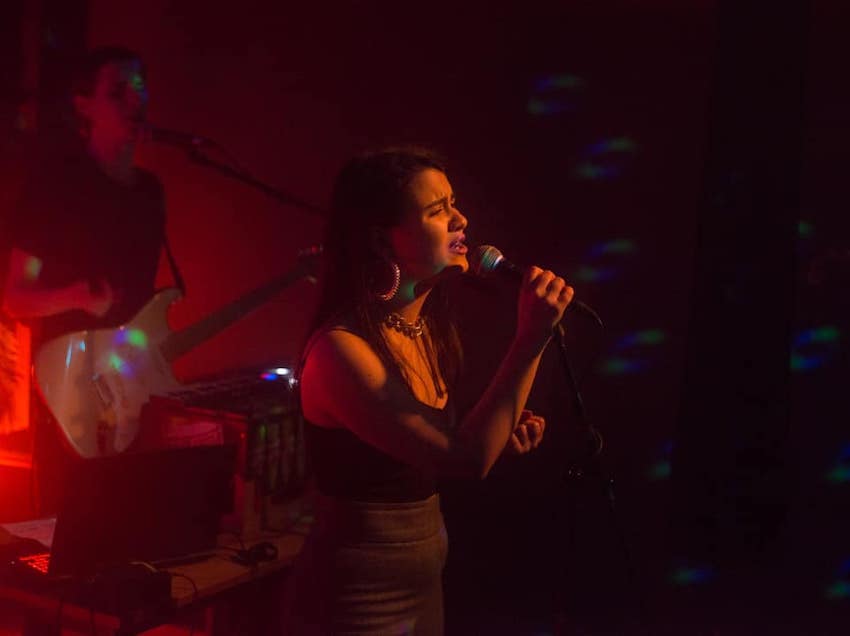 Lucia, Natalie, the 2021 edition of Easterndaze is the fourth one in general, but the first one with Covid-19 being all present during the planning and programming phase of the festival. How tough have those special circumstances been on you, your team and the artists involved during the process of curating the festival?

Natalie Gravenor: The artists had to entirely re-think their contributions and define different spaces for audience interaction, in some cases alongside their day to day economic pressures. But we believe they succeeded very well at responding creatively. For us organizers, the uncertainty made planning difficult, but it’s been tough for all cultural producers.

Do you feel like that it brought you all on a slightly positive note closer together?

Lucia Udvardyova : The development of the individual projects has become more intense, the collaboration process taking place via emails, messages, Jitsi talks, etc. Somehow in the back of my mind remains an IRL encounter with all of the artists as a culmination of the whole back-and-forth 0/1’s communication though none of us knows when that can happen. Most of the artists participating in the individual projects we already know from non-virtual encounters though.

How do you feel about the result? Do you see a straight line between Easterndaze before the pandemic and this edition? Or does it more likely appear to you as a fracture in the continuum?

Lucia Udvardyova : Since we are all based in different parts of Europe, the preparatory process which took place largely online in the past as well, hasn’t really changed, but I feel we are more closely involved in the creation process now because there won’t be any events per se which of course are autonomous and unique cultural happenings with a specific context, time and space, which is hard to predict and influence, this year, the work in progress has become the event so to speak. Our modus operandi remains non-hierarchical and non-institutionalized like before, during and after the pandemic, or at least that’s how I’d like to see it 🙂

Is there something like an axiom or an umbrella theme for the 2021 edition? Are you able to lay it out?

Natalie Gravenor: No overarching theme, but maybe a desire to explore ways of presenting music and cultivating audiences at this time beyond the live performance stream. 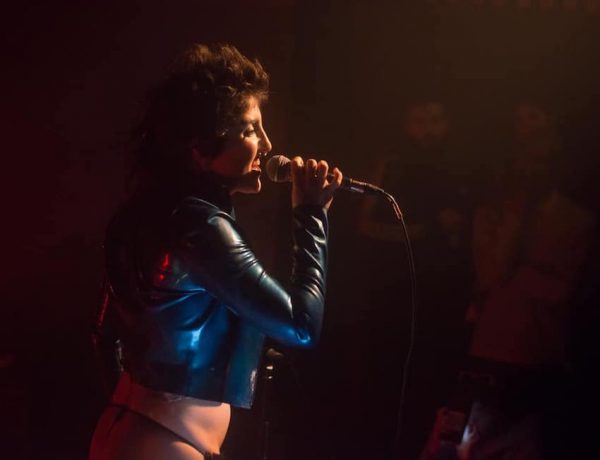 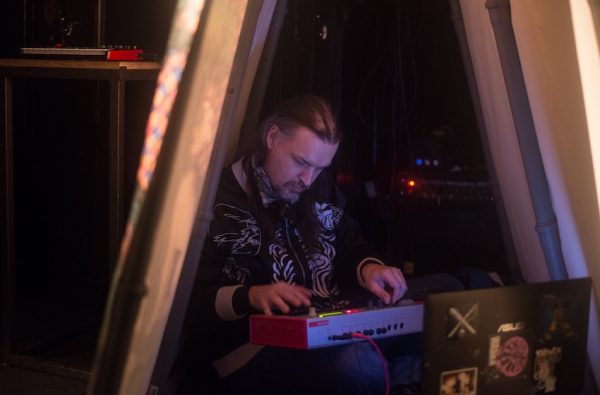 The idea behind Easterndaze is to bring together electronic musicians from Eastern Europe and the Berlin scene. What’s your impression: how similar / how different are the specific Corona experiences regarding the countries the artists are from? And whats the impact of that on the festival idea but also beyond that on the relationship between those cultural scenes?

Lucia Udvardyova : Underground and independent scenes are similar wherever you go. Of course, life is not. While people in Western Europe – and I don’t want to essentialize or generalize – have been mostly able to get through the crisis with government support (either as private persons, or as clubs and institutions), the situation further East has been much more precarious and its impacts are yet to be seen.

I asked the question before coming from my knowledge that for example clubs in Kiev are still open and celebrating a very hedonistic lifestyle. Something not possible in Germany right now (at least not legally). To which degree are you interested in looking into such topis as the multiple perspectives on aspects like artistic awareness and artistic responsibility?

Natalie Gravenor: With the site specific working artists, Holly Childs from Australia and Gedminas Zygus from Lithuania, the duo behind the music and audiovisual project Hydrangea, social distancing and artist responsibility figure strongly in the conceptual conversation. Amek x Vaagner’s An Embrace takes an almost metaphysical approach to both conveying the sense of isolation and overcoming it in their creative collaboration. The radios have already been operating in online space; now their role in nourishing communities has become even more crucial. Then there’s lockdown fatigue, streaming saturation, the concern about the future of club culture, of live music performance, and culture in general. People’s livelihoods hanging in the balance or destroyed. The social inequality that the pandemic exacerbated. The pure hunger for enjoying music together in physical space. But the microscopic virus not only is the elephant (or even dinosaur?) in the room, it figuratively and literally sucks out all the oxygen.

You publish a compilation and a zine alongside the festival, curated by the Amek collective from Sofia and the Vaagner collective from Berlin. Can you explain what made you choose those two groups?

Lucia Udvardyova : We are friends with Amek Collective. We met them ten years ago in Sofia for the first time, when me and Peter Gonda – with whom we established Easterndaze – travelled across the region in search of underground music. We met again in Sofia in 2019, but I’ve been following and admiring Angel (Simitchiev)’s work – his tireless label activities with Amek, his radio shows and care and passion for experimental and underground music and his activities locally in Sofia. Here you can hear his mix for our Cashmere Radio show. I cherish these longterm relationships with people in music all around the world, we all share similar experiences (precariousness, DIY nature of throwing shows and putting out records), and I see them more as friendships than professional relations. We asked Angel which Berlin label/collective they’d like to collaborate with in this project, and they chose Vaagner. 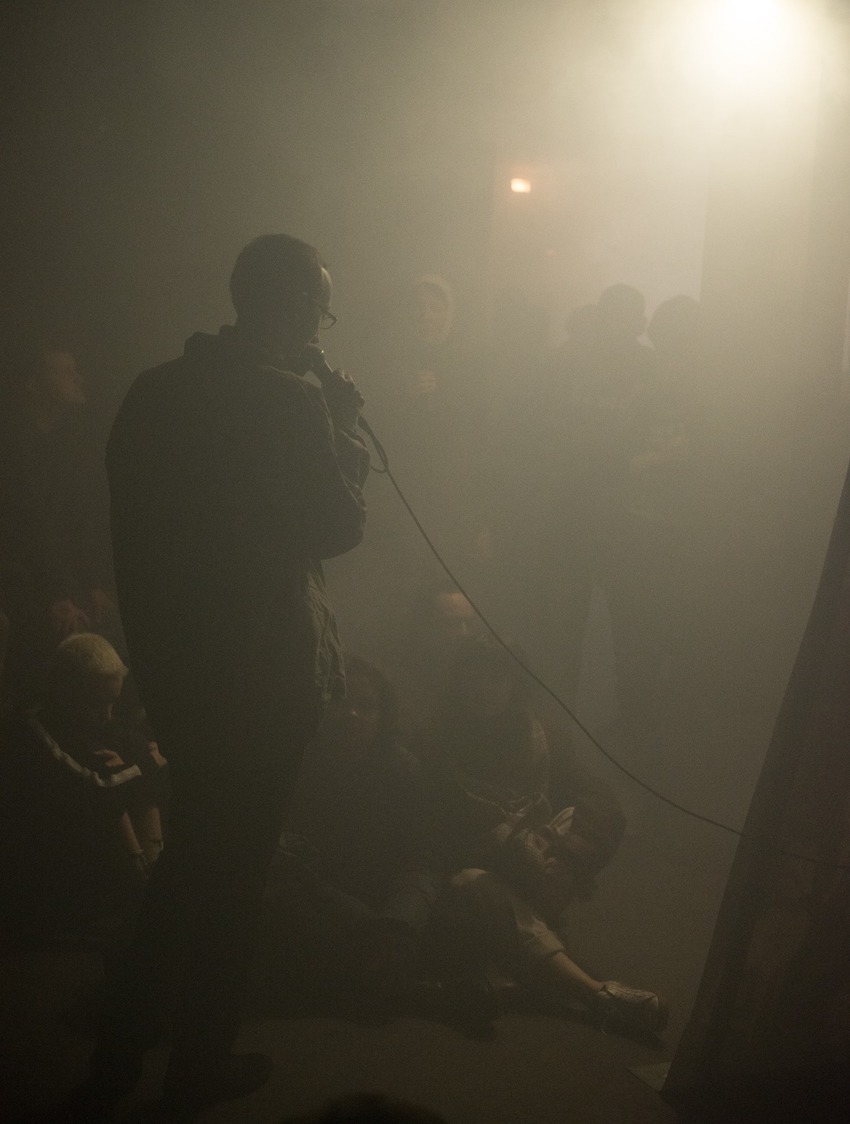 Coming from my first impulse, I would suggest that the artists booked to perform are in a much more difficult situation right now as the ones conducting an installation as the first kinda needs at least in most cases the audience and the others just need the room.
Am I right with that conclusion or does your experience of the working processes with the artists speak another language?

Natalie Gravenor: Interestingly, the site-based part of the project, Hydrangea, was faced with particular challenges. As the pandemic enters its second year, it’s quite a tightrope walk to find a presentation form IRL which allows social distancing. It was also difficult to find spaces which are able to plan in the mid-term or otherwise aren’t already filling their calendars with rescheduled events up to the end of 2021 and even beyond. Together with Hydrangea, we are exploring cool potential spaces which were willing to start a conversation and have the possibility of outside video projection and using special sound transmitters. We’re hopeful that Hydrangea can realize its site specific audiovisual concept. It’s still in the planning stage but we hope to release more details soon.

For the Community Radio Special you bring together four radio initiatives: Cashmere (Berlin), IDA (Tallinn / Helsinki), Lahmacun (Budapest) and Kapitał (Warsaw, Łódź, Wrocław, Poznań). Will those present their shows in separated blocs or is this tought to be an interactive schedule with cross-city-themes?

Lucia Udvardyova : All these community radios operate online, but their offline presence is equally important. They are involved in their respective city’s underground scenes, often implicitly and explicitly activist and political in their modus operandi, being able to swiftly react to current happenings and push the boundaries of what is radio in the 21st century, while operating autonomously and independently and often on a shoestring budget. For our community radio project, we wanted to highlight these four radios from different countries and celebrate community radios in general. The project will encompass a week-long collaborative programming (including swapping shows and moderators – ie. a Cashmere Radio show would be moderated and presented – in a way remixed, or recontextualised – on Lahmacun by their own moderators, etc). The week would culminate in a live broadcasting session and a panel talk about the issue on Friday, 23 April. 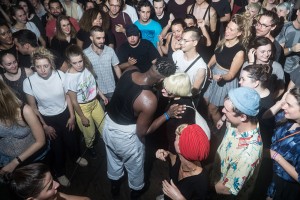