“America is a little too optimistic all the time.” 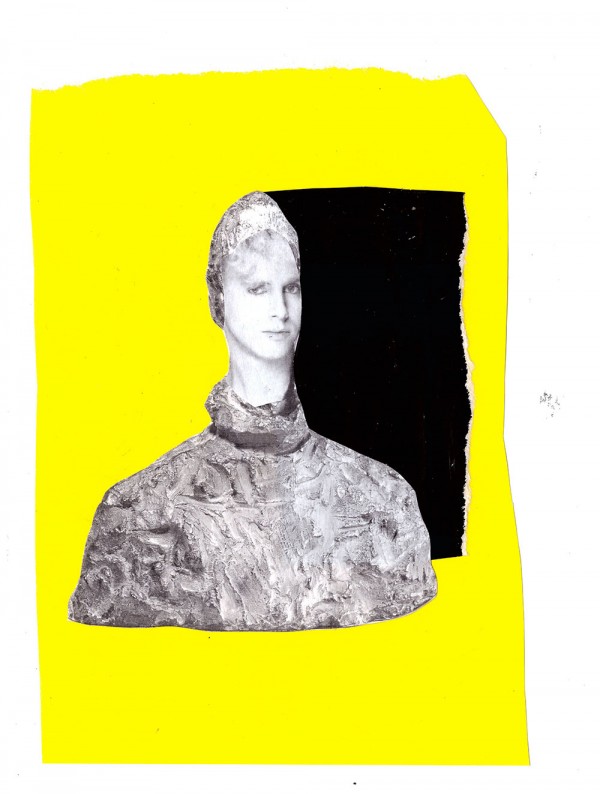 I met Martin Gore in the 80s when Depeche Mode were recording at Hansa Studio and met him from time to time again over the years when they were in Berlin. I was the support DJ for his German solo album tour in 2003. We have always enjoyed talking about music and ideas or going out and having fun. He knows about the independent music world, is a very open-minded person and nice to hang out with.

The album is released under the project name MG – obviously short for Martin Gore, he has already used MG for his latest collaboration album with Vince Clarke – then as VCMG. This fact already suggested to me a more abstract approach and I was right: the album is purely electronic, all tracks are instrumentals, deal with beauty and are free-floating. My first thought: he had fun doing this, he still has the love for music. Some tracks are more experimental (“Creeper“), some dark (“Swanning“), some romantic and cinematic (“Europa Hymn“), some technoid (“Crowly“) and some dig a little into the German electronic tradition like Tangerine Dream (“Islet“). There aren’t any songs in it that are in any way comparable with his other solo work or with Depeche Mode, so it´s not a very commercial album.
I was surprised to hear this instrumental piece of work and excited to talk to Martin about it, even if we were only given 20 minutes.

Gudrun Gut: Hi Martin, how are you?
Gore: Good to hear you.

Gut: It is a nice opportunity to have a little chat. Isn´t it?
Gore: Oh yes. How are you?

Gut: I am fine thanks! Right now I am playing a lot of live gigs together with Hans-Joachim Irmler, formerly of Faust, with whom I have this project Gut und Irmler.  I listened to your new album “MG“ and I have to say, it is nice. Fantastic.
Gore: Oh, thank you.

Gut: It is more of an experimental album. As I know you love songs and you love singing, I did not expect that direction at all.
Gore: That´s exactly why I liked to do it that way. It feels good to come up with something people would not necessarily expect from you. 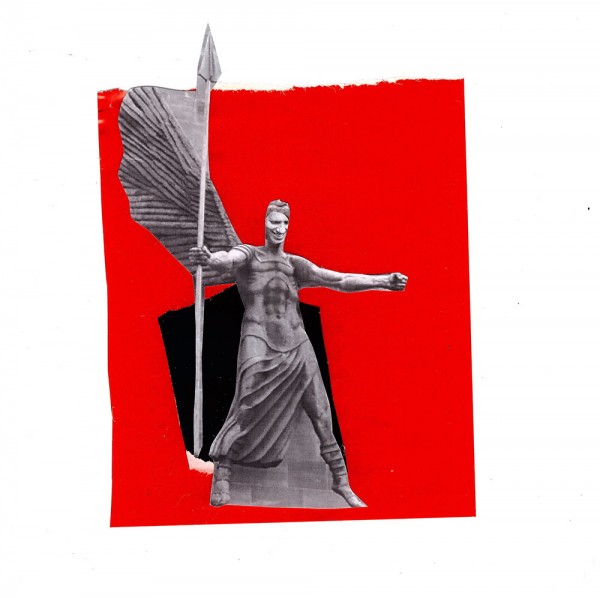 Gut: At the same time I think it is pretty daring, because you are kind of a pop star artist – not a lot of them would go for that challenge. That´s cool. And you are quite busy as well. When did you find the time?
Gore: During the arrival of the last Depeche Mode album I wrote a few instrumentals – we ended up with so many songs, we had no idea what to do with them … So I had 4 or 5 tracks that I liked a lot, but did not really have a home for. That´s when a friend of mine said: “What do you think of doing an instrumental album?” And I thought that´s a good idea.

Gut: I was wondering – as I know a lot of people in the electronic music world who work with that modular stuff now – do you use that at all?
Gore: Yeah. A lot of the album, I would say at least 75% of the sounds were all made in the modular world. That´s kind where I go these days for inspiration.

Gut: Great. What kind of stuff do you use? Could you name some?
Gore: It depends what I’m working on, but most of the stuff was made on “Eurorack“ format – for the drum stuff I used some of the “Hexinverter“. Don’t know if you know them …

Gut: Not really, I’m not working with it yet … I ask because there seems to be this new fascination with modular – friends of mine, like Max Loderbauer, use modules as well, and this band Driftmachine, we just played with them in Munich, they only use modulars live. It takes ages to soundcheck and recreate the sounds. But it sounds and looks amazing and pure. And I was thinking, hmm, maybe Martin is using them, too. You could check them out, Driftmachine – it is one guy from Tight And Tickled Trio (Andreas Gerth) and Florian Zimmer from Saroos. They release on the very small Mexican label umor-rex.

There is a question I have in mind for you: Musicians these days have a very hard time moneywise as they can´t live from the record sales any longer and so on and so forth … I was wondering if this is also affects life on your level, as a popstar? Does this make you more free to do whatever you want to do – or are you doing that anyway?

Gut: I hope you don’t mind me asking this. I know it is not deemed appropriate to talk about money, but it is an interesting question isn’t it?
Gore: (laughs) I think we are quite lucky, even if record sales declined over the years, we still have a huge fanbase and considering the decline we still sell quite a few albums. But the way most bands are making money these days is anyway touring. The touring market is huge, it is bigger than it ever has been. Music itself is not on a decline. It´s just like that if people could get something for free they probably will. But they can´t get the live experience for free.

Gut: Thomas (editor’s note: her partner Thomas Fehlmann) says hi by the way. He wonders how your art studies are developing.
Gore: They haven´t moved since the last time we met. Haha.

Gut: Yes, I was away then. I saw you at the concert before the show. At the Depeche Mode shows there are always so many people coming by who want to talk to you …
Gore: Berlin is therefore one of the craziest cities. There are indeed a lot trying to grab us … Okay, I know: One of the things, I started to get interested in are documentary films. I started to watch them all the time.

Gut: Nice. Yes, the real world is fascinating! Like gardening or politics … there is a fine line … I got a little involved politically in the topic of female visibility in the arts. You know what the music world is like: there are not too many woman seen at festivals as producers and artists and so the last couple of years I have been busy on the feminist side … There is this big scene of women in electronic music fighting for visibility – this year’s “female:pressure Women in Tech“– initiative (initiated by AGF) collected and posted photos of women in the studio working on music online, so nobody can say there are no female producers out there, because there are. What´s your take on that?
Gore: Not just with electronic music, with music in general I think there are more woman around than ever before. Therefrom comes a lot of interesting music. So it seems to be thriving, but when you come to the electronic scene I feel there are still not enough – I don´t know the reason. For me it is surprising, as it is so easy to get in right now, maybe it is just too boring for them.

Gut: I don´t think it is boring for them at all. The electronic music scene is still a nerdy boy’s club who doesn´t want to let them in.
Gore: Is that really what is happening? Is it hard to get signed and get a record released on a label if you are a woman?

Gut: I guess the female record producers are not best buddies with the label owners … and it is hard to get booked for festivals, just look at the average festival line-up– maybe 10% of all artists are female. 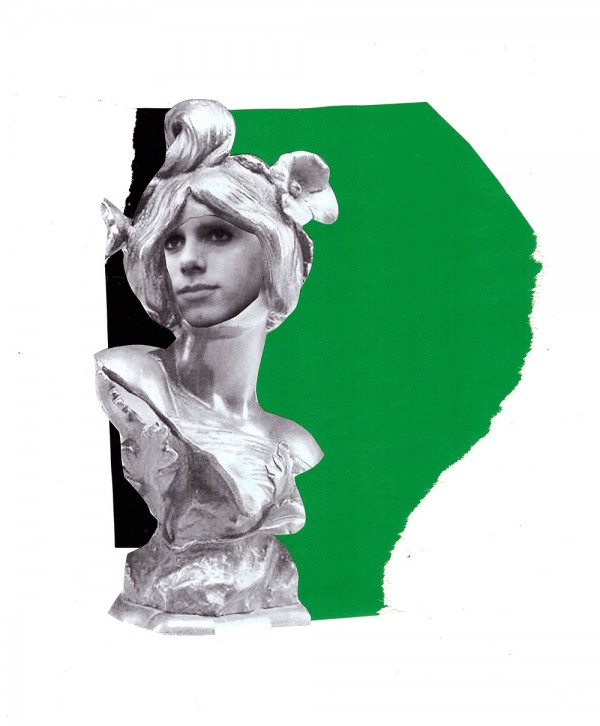 You have been living in Los Angeles for a few years now. Do you miss Europe?
Gore: There are some things in Europe I miss, like my family and the majority of my friends. I don´t really have friends over here in America, maybe a handful. And then I miss, something very manly, I miss football. I am still a ticket holder of Arsenal. If I am lucky, I manage to go to one or two games a year. And on a deeper level, I miss, not the negativity, that´s to hard of a word, but the realism over there. European realism. America is a little too optimistic all the time. Everything is great all the time. Everybody has to be happy.

Gut: I remember being in Los Angeles a while ago. I loved everything. Lost all my critical edge. Even loved stupid movies etc. But back in Berlin I cleared my mind: What was I thinking? I lived in a dream world. It was really weird.
Gore: The longer I live here, the more I realize how corrupt America is. I am sure that every country has its corruption, but it is so much more grounded here: from the lowest level right up to the top. Things like this very present lobbyism – I am sure there is a sense behind lobbyism, well, there was one in the very beginning. But now: why are there lobbyists for absolutely everything? Anyone who winks with money is winning the attention of the politicians who want to go to Congress. It is just wrong. And if you look at the doctor’s offices, you see all the pharmacy business rats go by and buy lunches and dinners for all the people who work there. For me this is illegal. They are driving the doctors to buy their pharmacies. It is completely accepted. It is part of the system and will never be changed.

Gut: That´s where capitalism smells. Very sick.
Gore: But on the other side I have lovely weather here and can´t complain too much.

Gut: Are you in Santa Barbara right now?
Gore: Yes.

Gut: As we only have a couple of minutes left here. Are you planning to tour with this album?
Gore: I can´t imagine, as this would be a very visual affair. I could put together a film and then it still comes down to how I would recreate it live as most of the tracks were done with modulars. Do I really want to build up a modular set and try to play one of the sounds? Or should I put together a band playing on a modular set up? It is just weird, If I think about doing this live. I don´t think this would work. I am just happy to finish this and get it out and move on.

Gut: So what is the next step? What is your plan?
Gore: Writing songs for the band.

Gut: Good.
Gore: We don´t have any concrete plans and our schedule these days is quite kind of a slow one. I am sure nobody is expecting an album before 2017 and I am sure we won’t have an album out before 2017.

Gut: I have to come back to your non-existent live shows. Too bad! I would have loved to see it live.
Gore: Yeah. But what would I do? Play one part live and use backing tracks?

Gut: Maybe indeed a band. Girls only of course. Martin and the girls.
Gore: Yes.

Gut: I mean: MG and the Gs! Oh. Time is over. Any second we’re going to be stopped.
Gore: It was nice talking to you, Gudrun. Say hello to everyone from me. Hope to see you soon.